We were running out of time, if Lisa was to be in Melbourne for her flight back to UK in a fortnight.

The weather forecast was 3 days of northerly, then multiple days of southerlies, after a front came through, so reluctantly we where only in Sydney for 20hrs.

The plan was to use those 3 days to day-sail to Eden, 230 miles south

Over-nighting at Jervis Bay (91miles), then Batemans Bay (52 miles) with another 87 miles to Eden 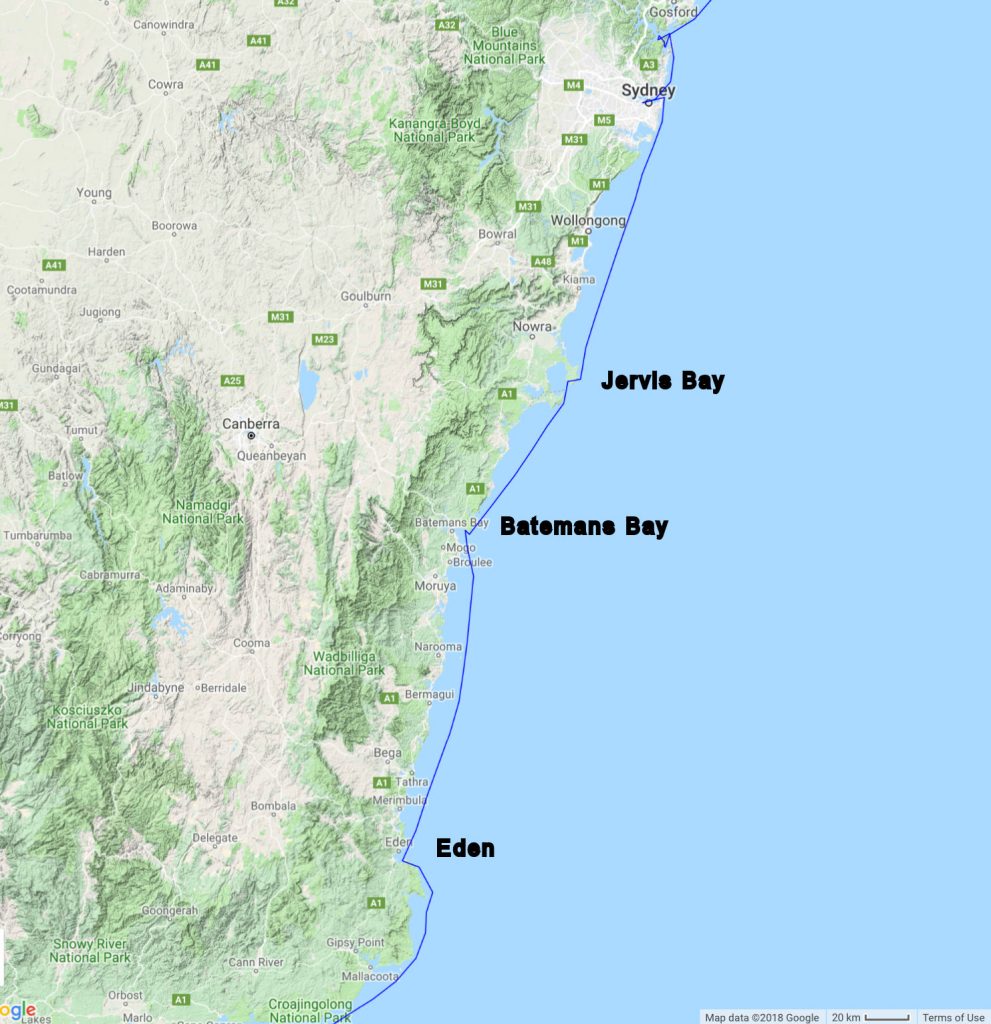 out the heads and past the world known Bondi Beach 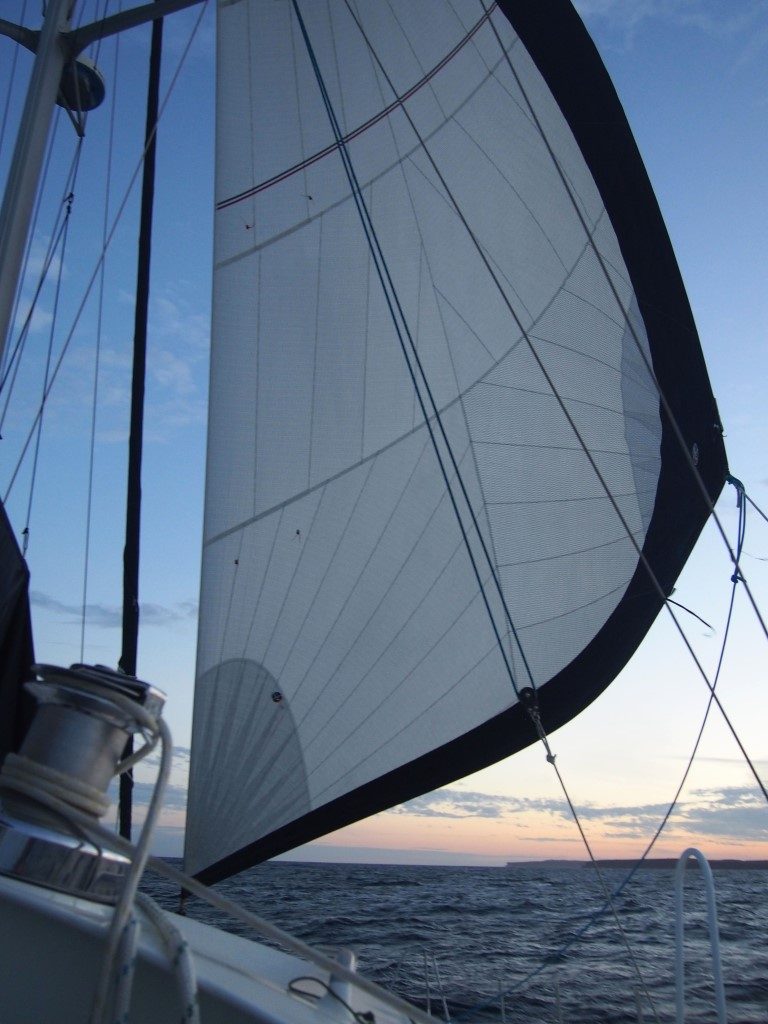 we where comfortable sitting on 8-9kts a few hours from Jervis Bay, when I took this video

It was 9PM before we got to Jervis Bay.

The best anchorage in a northerly wind  is “The Boat Harbour”, on the southern side of the northern headland 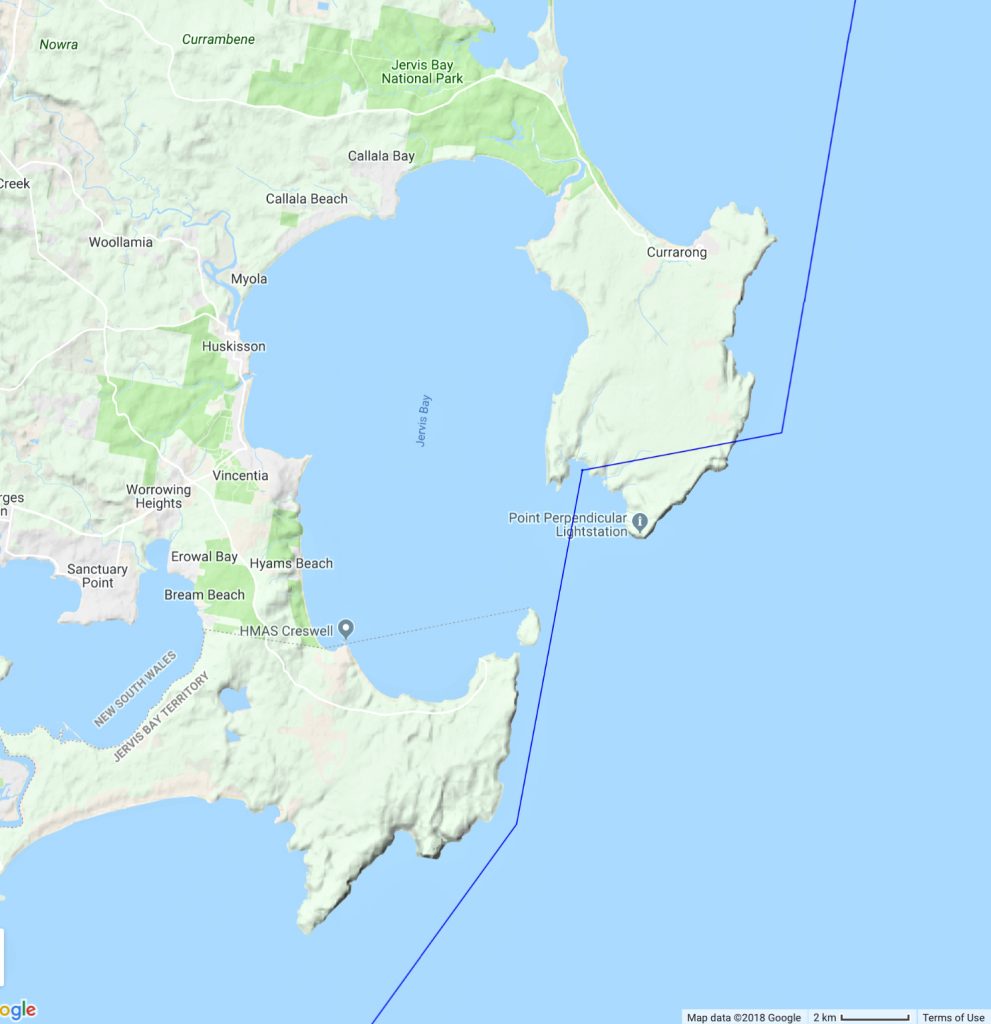 So with Lisa up the front with a spotlight, we slowly motored our way into the anchorage. Then allowed 5 minutes for our eared to discern how far away the breaking waves actually where (a lot further than first impressions). Found a spot right in the middle, with a nice flat bottom showing on the debt sounder, and dropped the anchor, in 10mts of water. Gave the motors a few minutes in reverse to dig the anchor in and make sure of the holding. Then had a sleep. 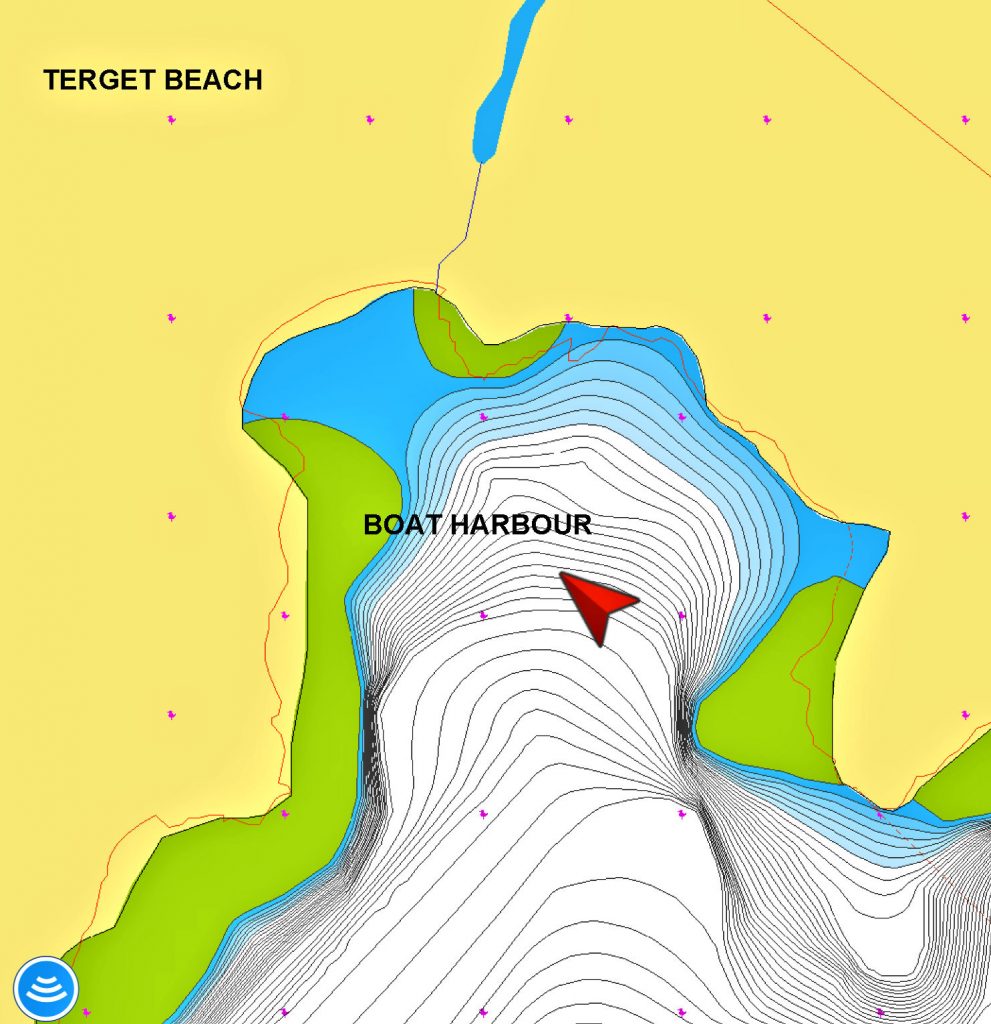 In the light of the morning the waves breaking on the beach, where a lot further away than they sounded in the dark, last night 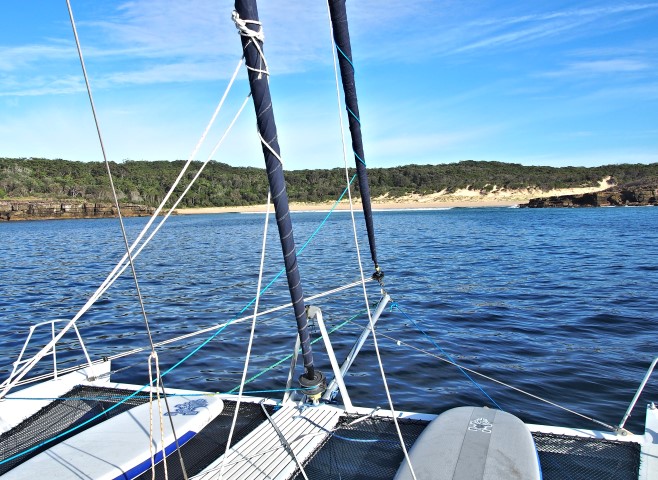 The next day was a lot easier, being only 52 miles, so we had a leisurely mid-morning start.

The breeze was similar to yesterday’s, plus a few knots, which had us doing 9-10kts with just the screecher up. 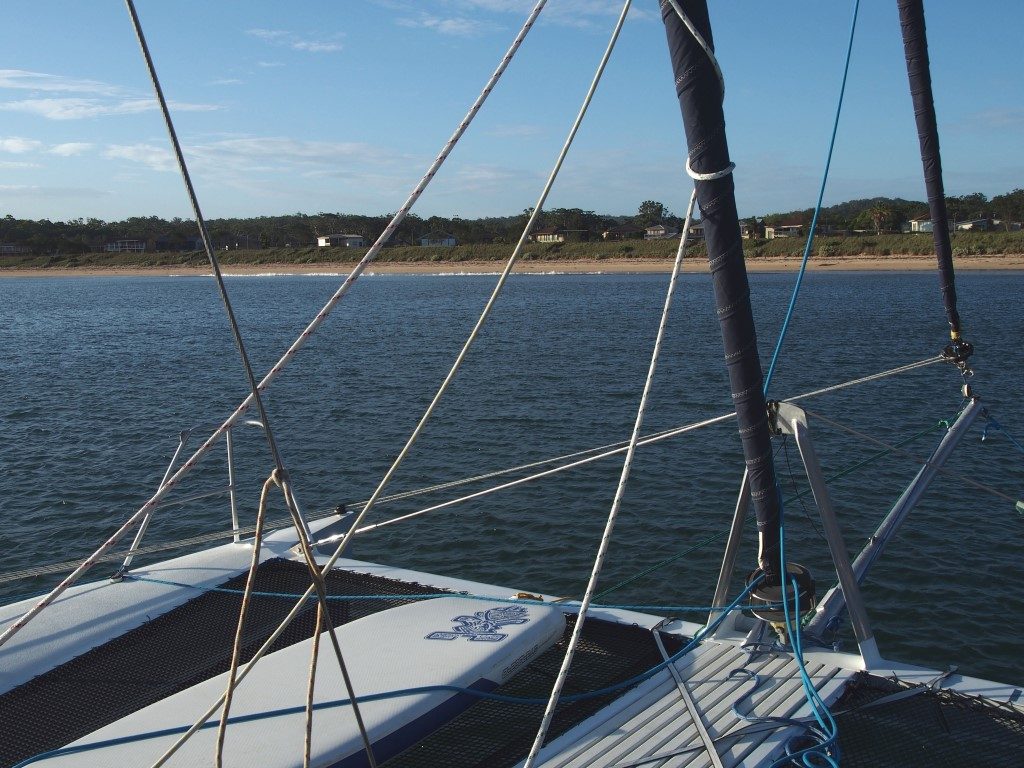 in time for a relaxing sundowners 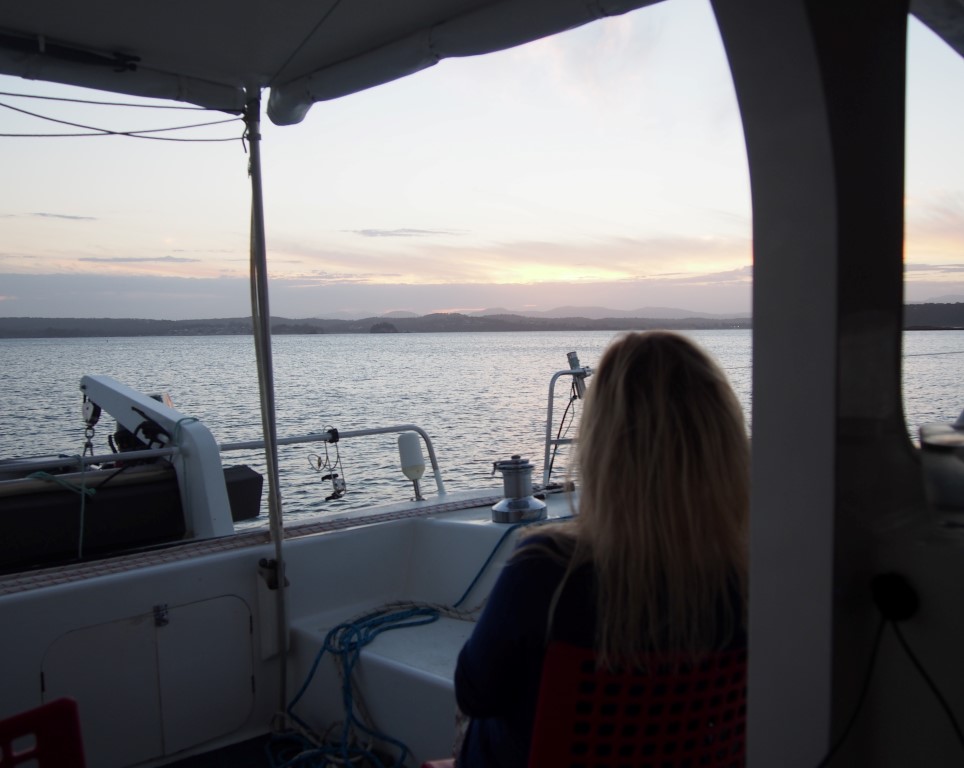 the big mackerel we caught off Yamba, had filled the freezer, with yummy meal options 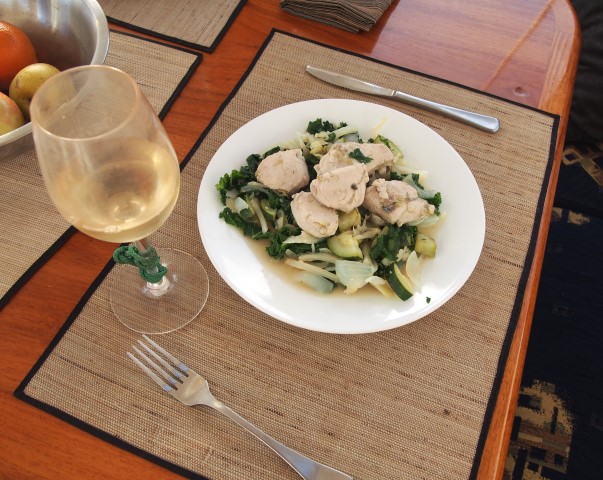 The weather forecast had the front going over Eden, around 4PM the next afternoon, so we had an pre-dawn start to beat it

The breeze kept on increasing, so I went with the genoa, wing-on-wing with the staysail today 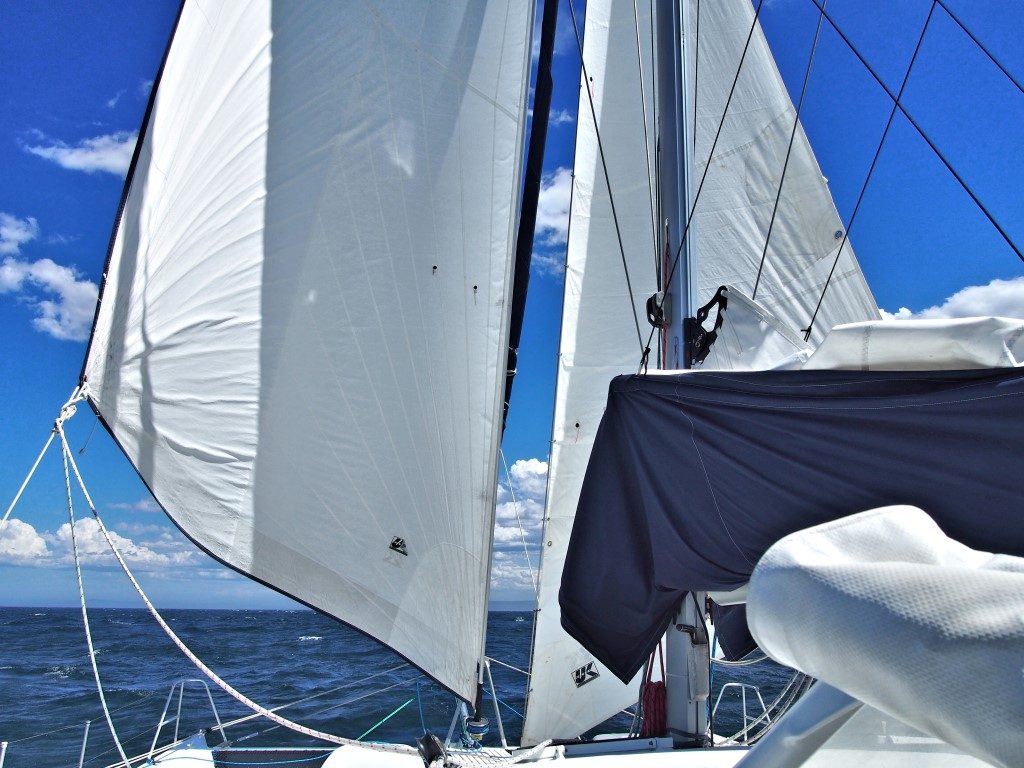 as we went past Montague Island 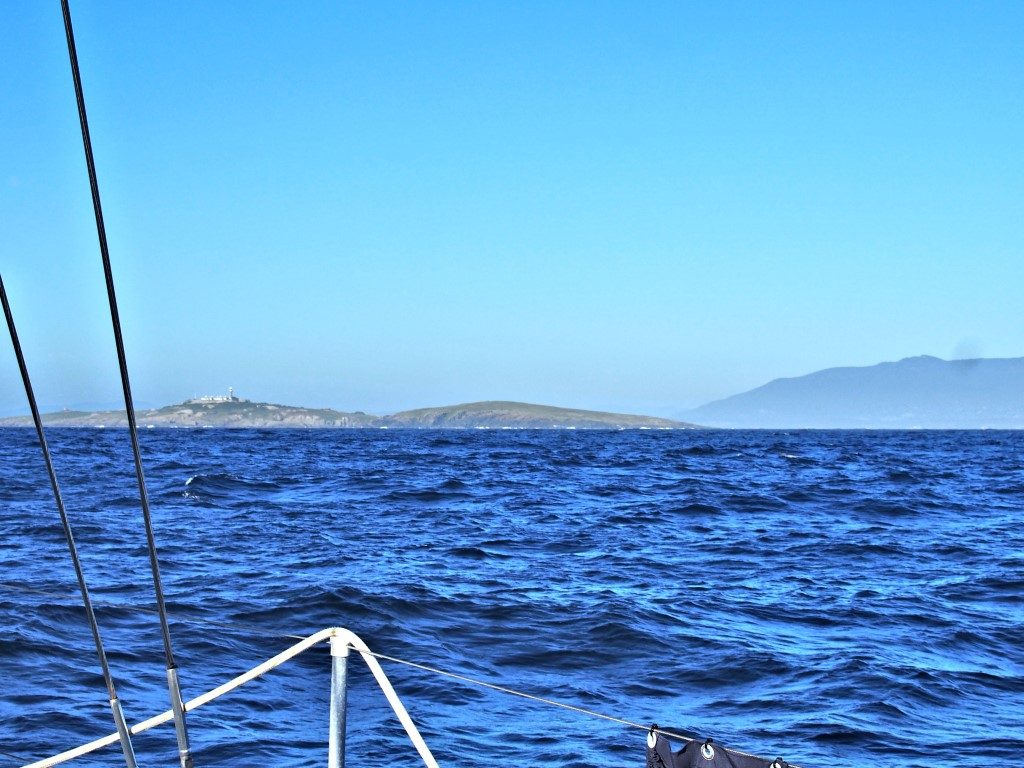 By this stage we where averaging 10-11kts, which I was glad of, as the weather forecast had a southerly change gusting high 30s from the south, coming through later that evening, with the northerly before then getting to the same size gusts 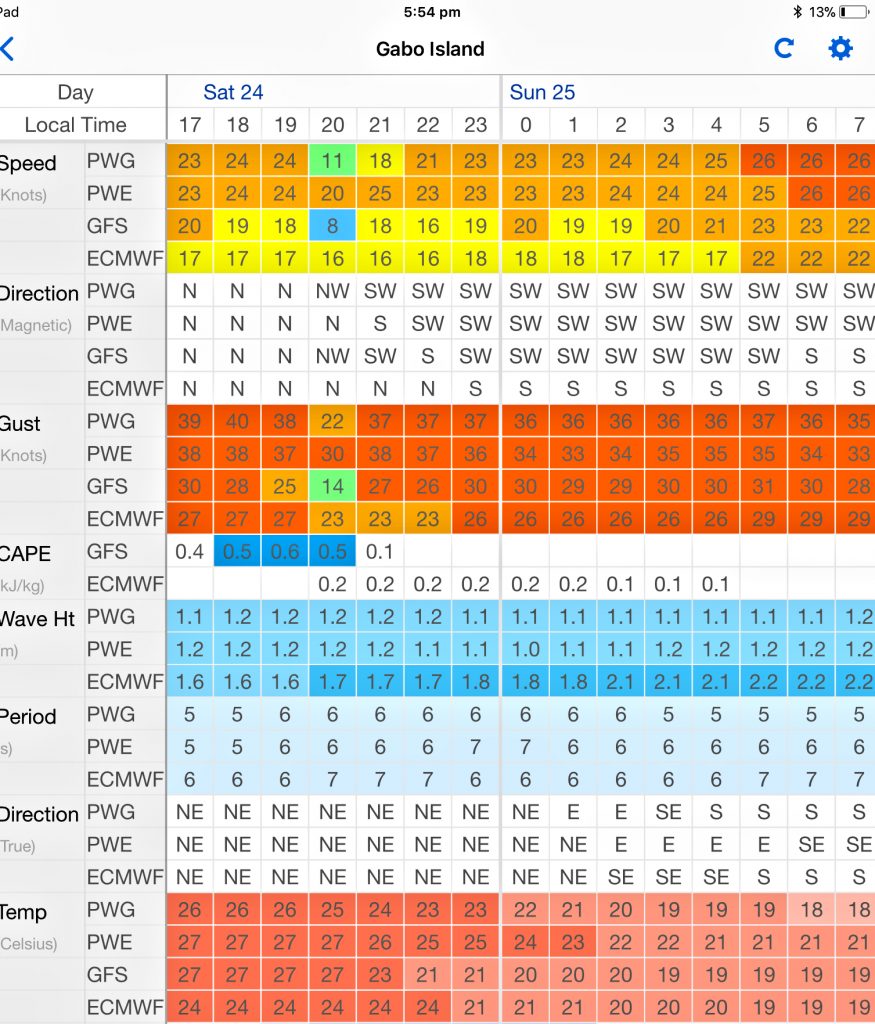 We where safely anchored in East Boyd Bay, Eden by 4pm 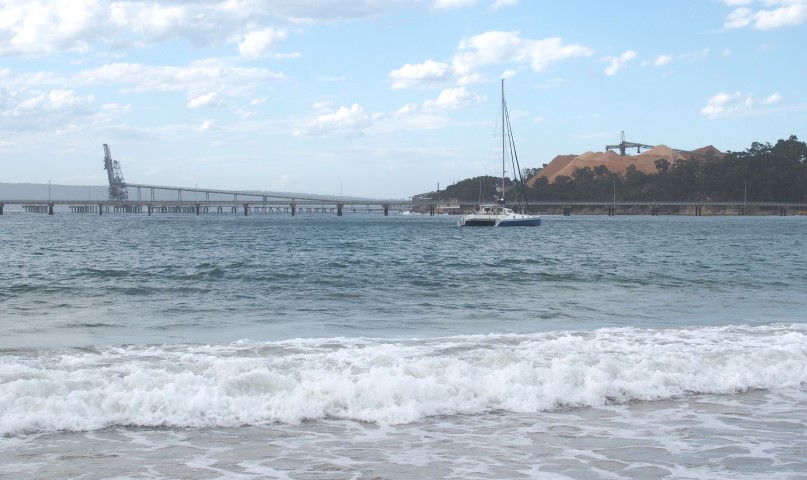 early enough to take Albert ashore and stretch our legs

Then settle down with a glass of wine, to watch the weather front, cut the corner, inside us, as it made it’s way up the coast 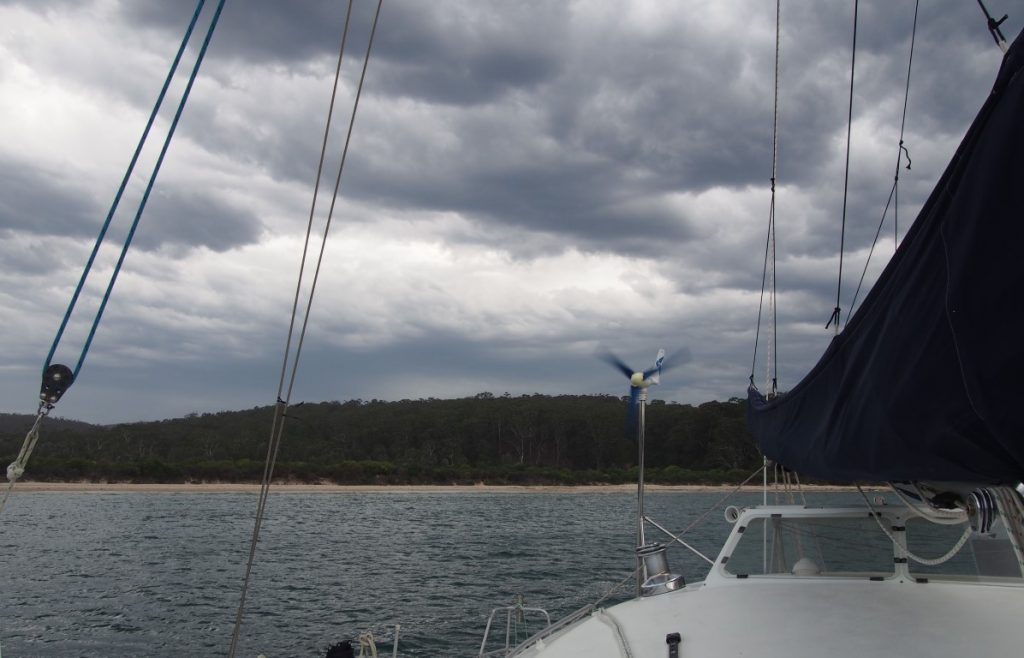 Post the front going over there was a two and half day weather window of SEly, then Easterly weather, for us to get to Melbourne. Then 3 days of Westerlies before the next Easterly weather pattern, which would not have had us into Melbourne, in time for Lisa’s flight. So after the weather had settled down, post the front going over, we were underway at 10am the next day.

The weather forecast looked relatively benign, 10-15kts just off the nose, until we got past Gabo Island, after 20miles, by then we would have been around the corner and could ease the sheets. I was not even concerned enough to deflate and stow the inflatable SUPs.

But this was Bass Straight, and I was a foolish in underestimating it. A rain squall come through and suddenly we where dealing with this

Once around Gabo Island, we did indeed loosen the sheet and take off, 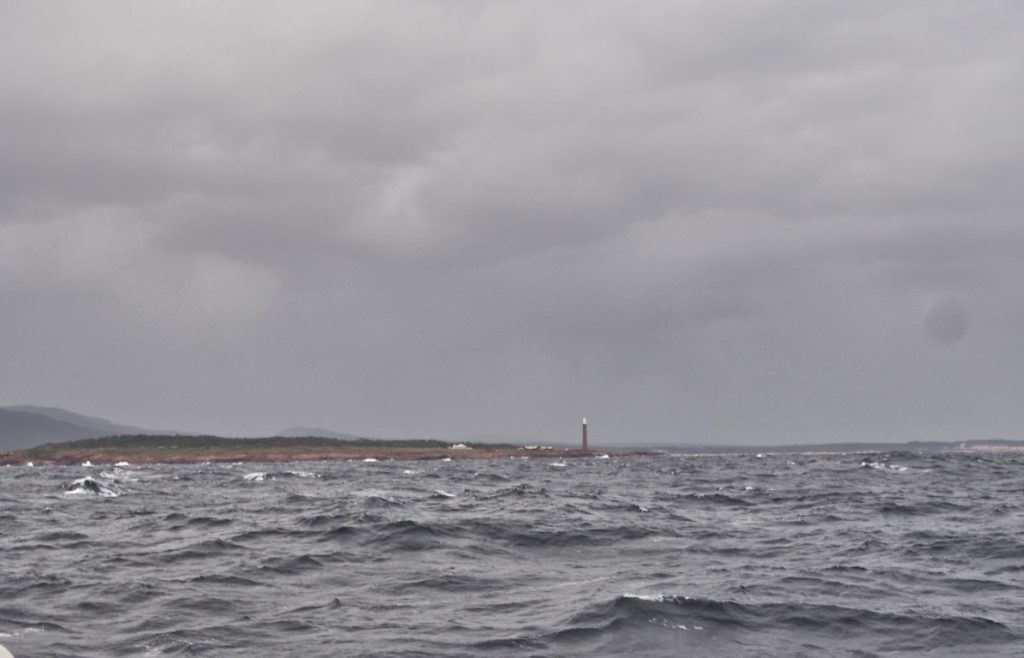 with the wind well forward of the beam, we where making a big bent in the 336miles to Melbourne 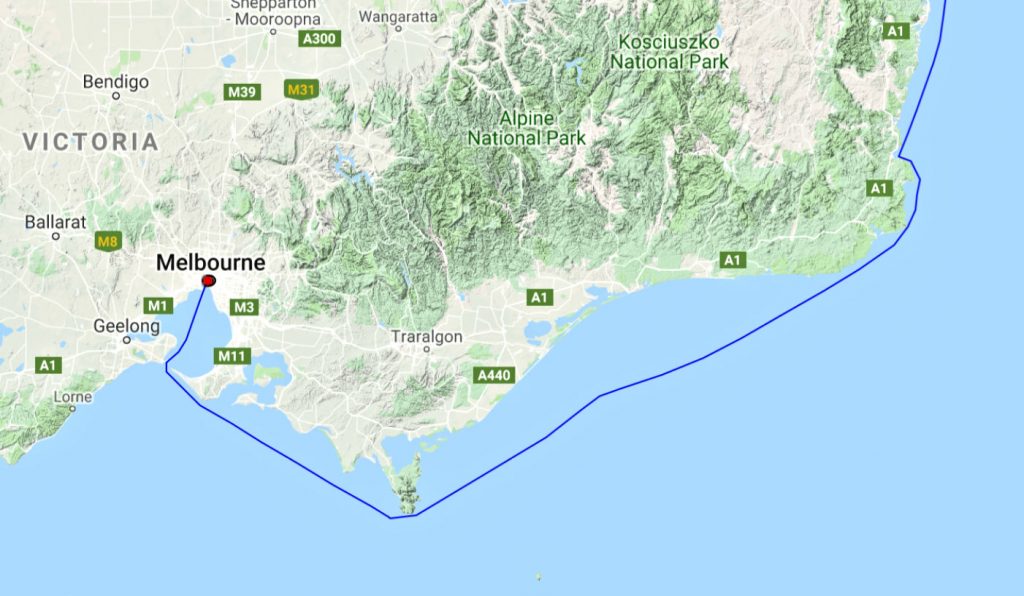 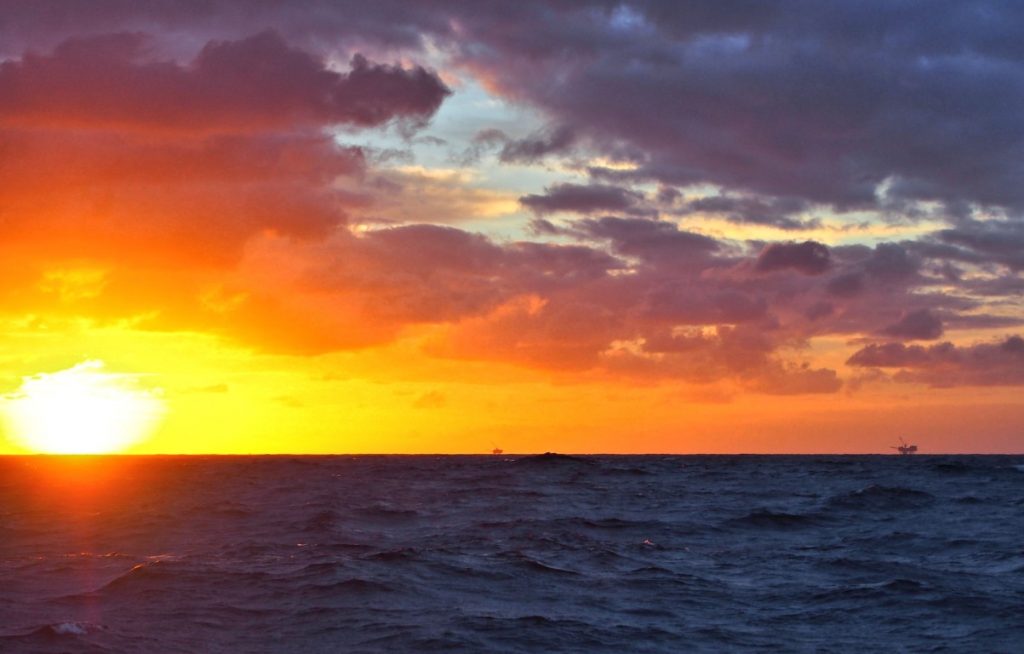 Lisa had left her much loved wellies on Logic, when she left last year, with the weather getting cooler, she was able to ware them again.

By now the wind had swung further east and was on our beam, enabling us to average 9kts, and go past Wilson’s Promontory, as the sun was setting 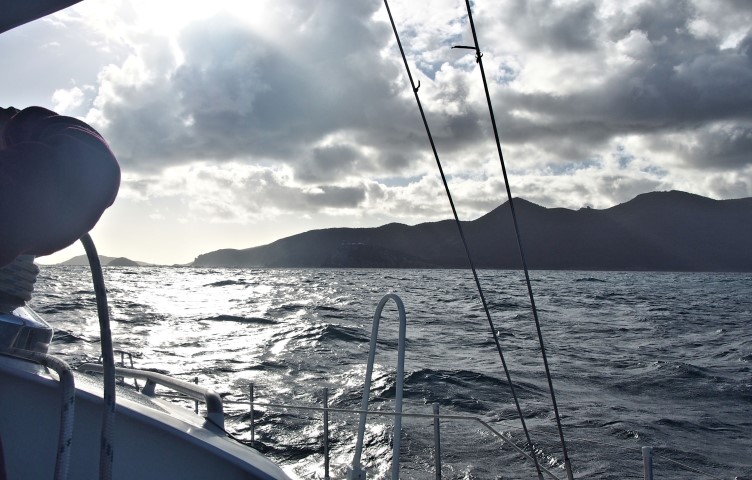 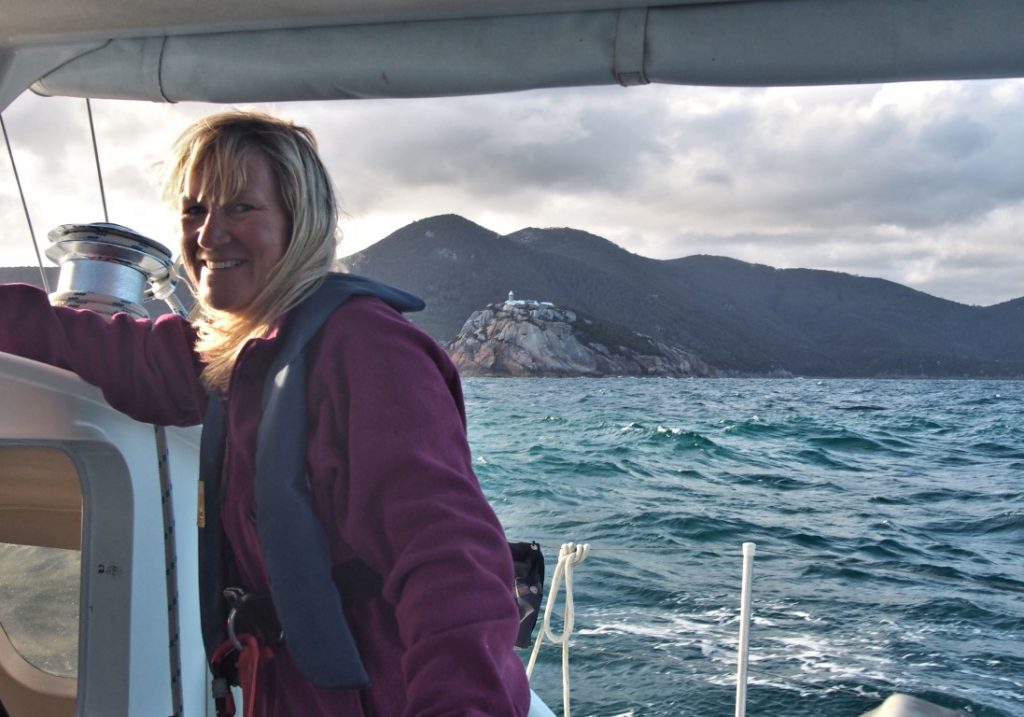 The slack water, for the entry to Port Phillip Bay was at 11AM the next morning, which we arrived off at 10am, to find a break in the cargo ship movements, for our entry into the Bay. 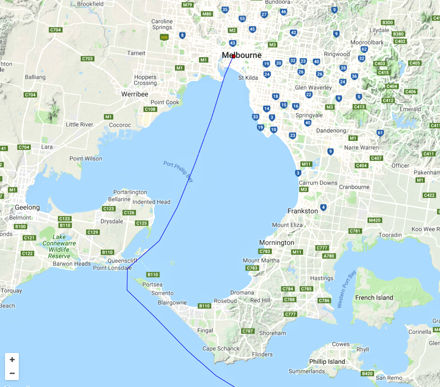 Then it was 4 hours of motoring into a light head-wind across the Bay to the entry of the Yarra River.

As we went up the river, there where 3 car transporters unloading, yet more cars to increase the traffic congestion 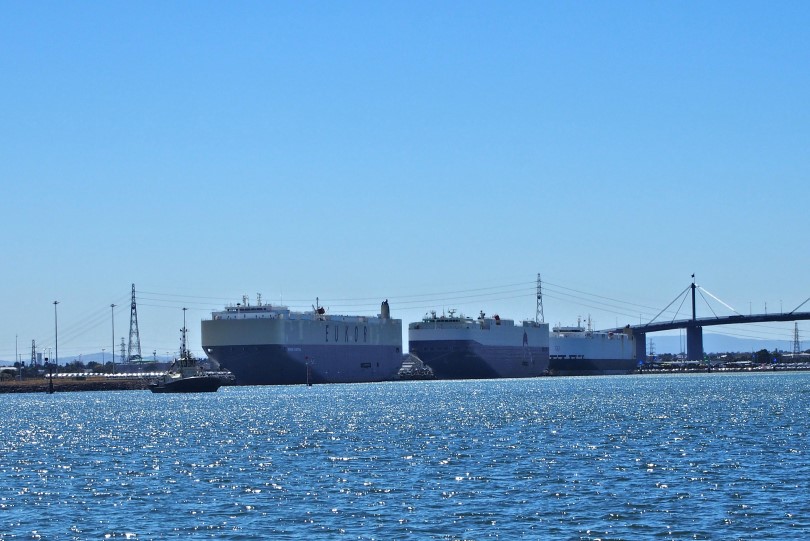 and the container terminal, to unload yet more “stuff” 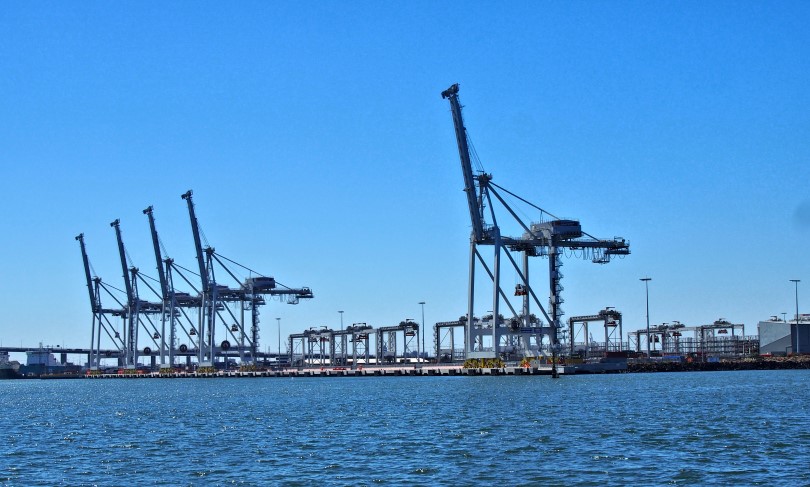 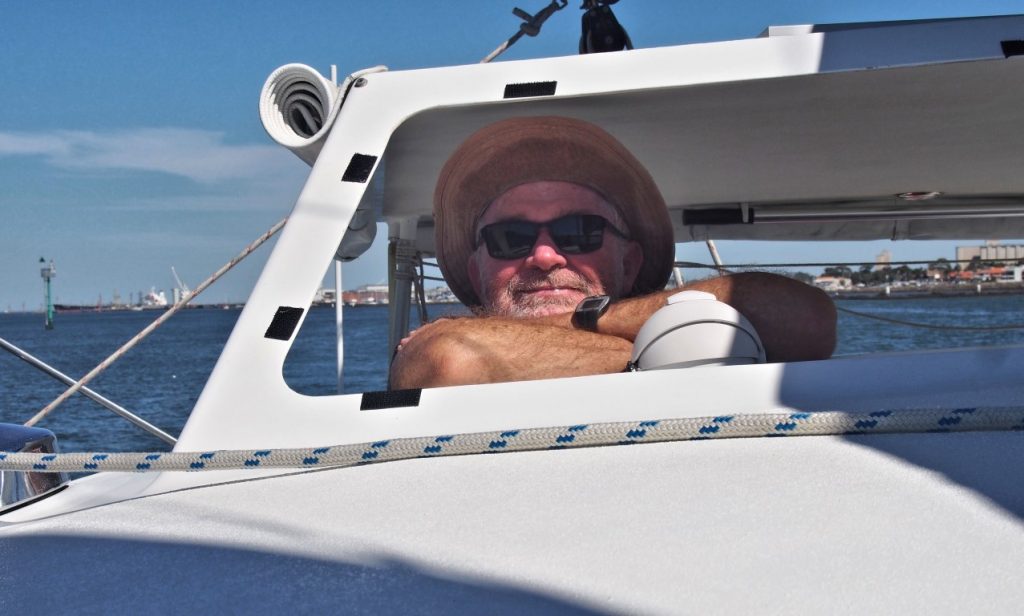 There was a space for Logic in Melbourne City Marina, Docklands. 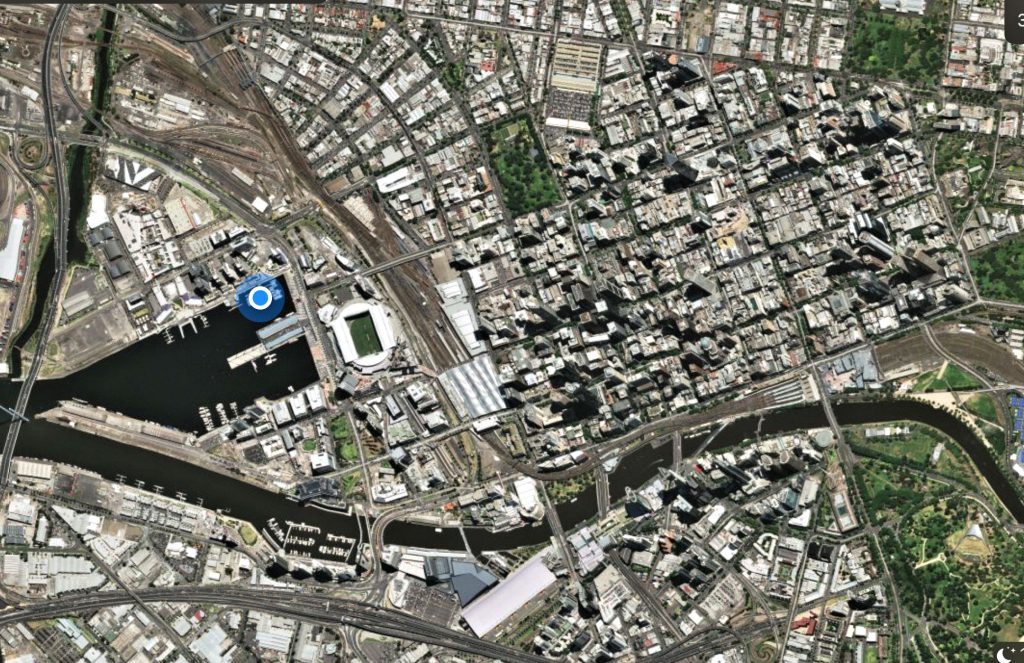 Right in the middle of the Melbourne 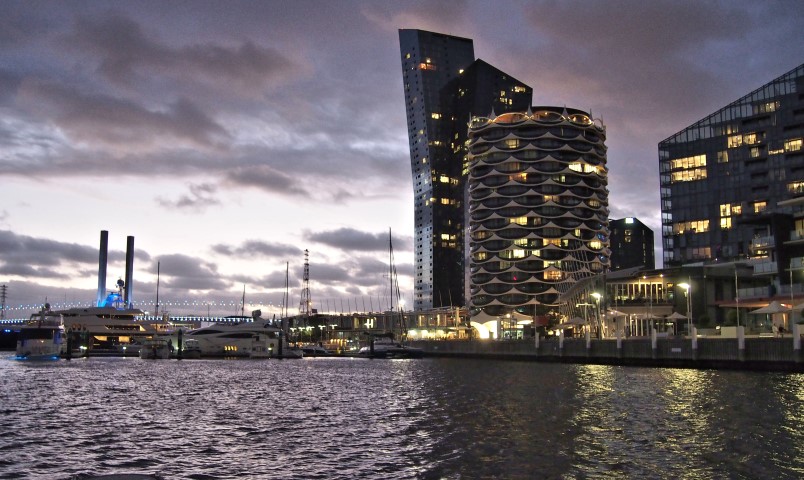 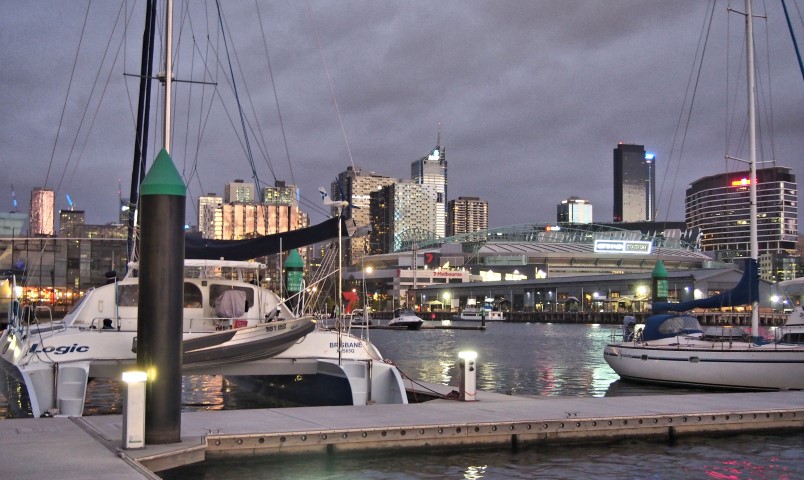