The last week, has been the perfect preparation for Logic and her crew for the passage, back into the South Pacific. (Miriam and Nick, will have been onboard for a week prior to our departure) 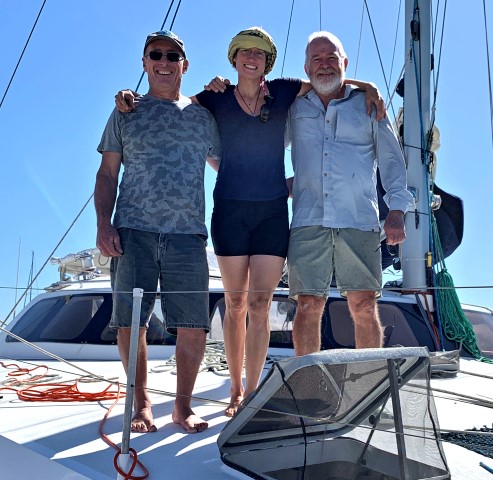 I left Mooloolaba on the 25th of April, which is ANZAC day.

They do a dawn service on the beach in front of the Surf Lifesaving Club, which was purported to have had 10,000 attend last year, so at 4.30am I walked along the beach from the marina, to see that many people, on the beach, in the dark 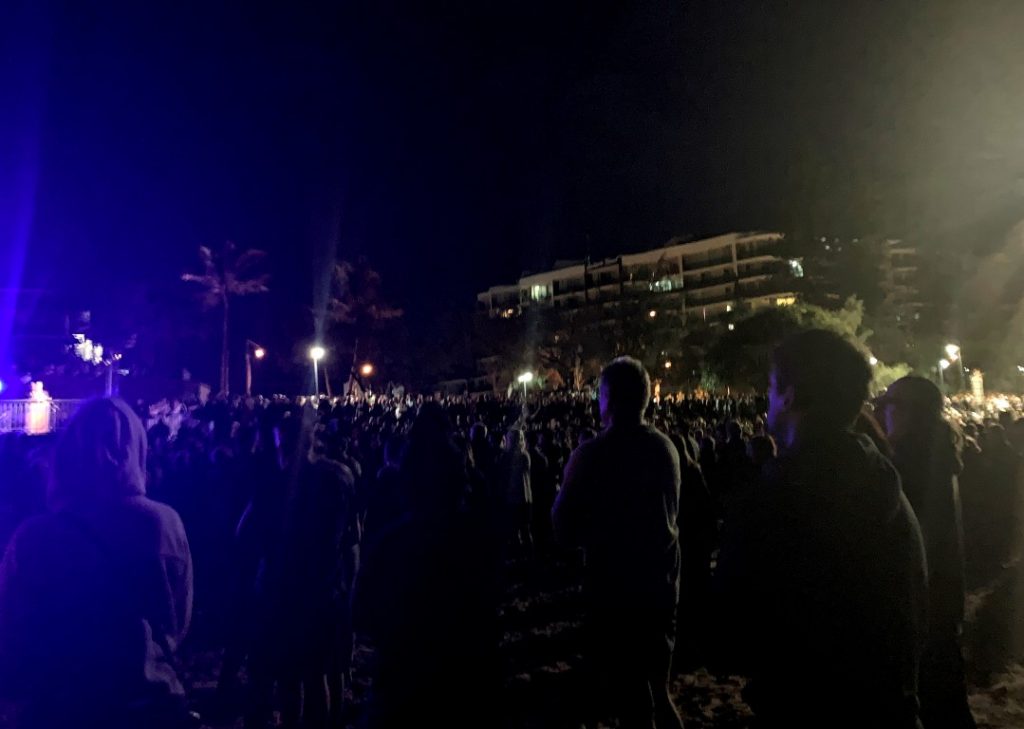 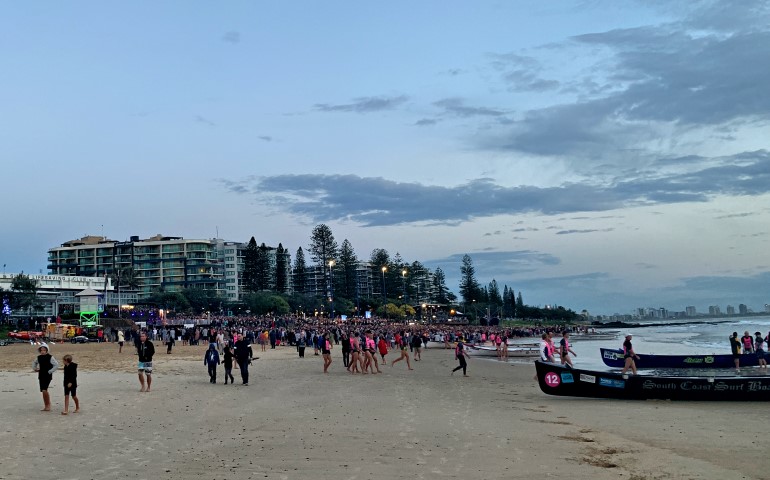 to scatter remembrance wreaths on the water and raise their oars 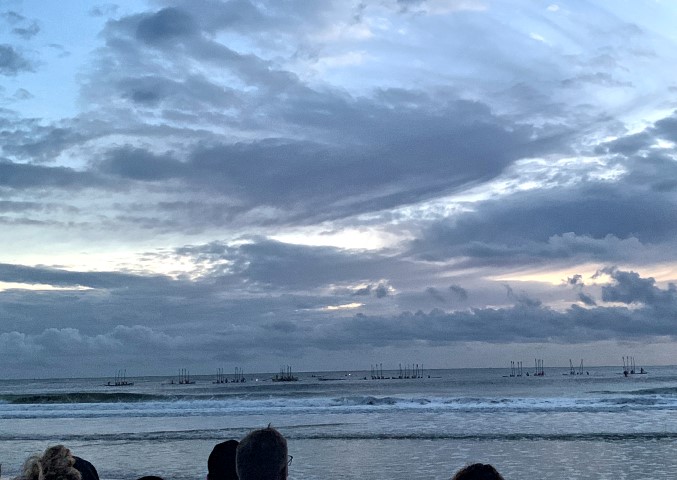 and then catch a wave back to the shore 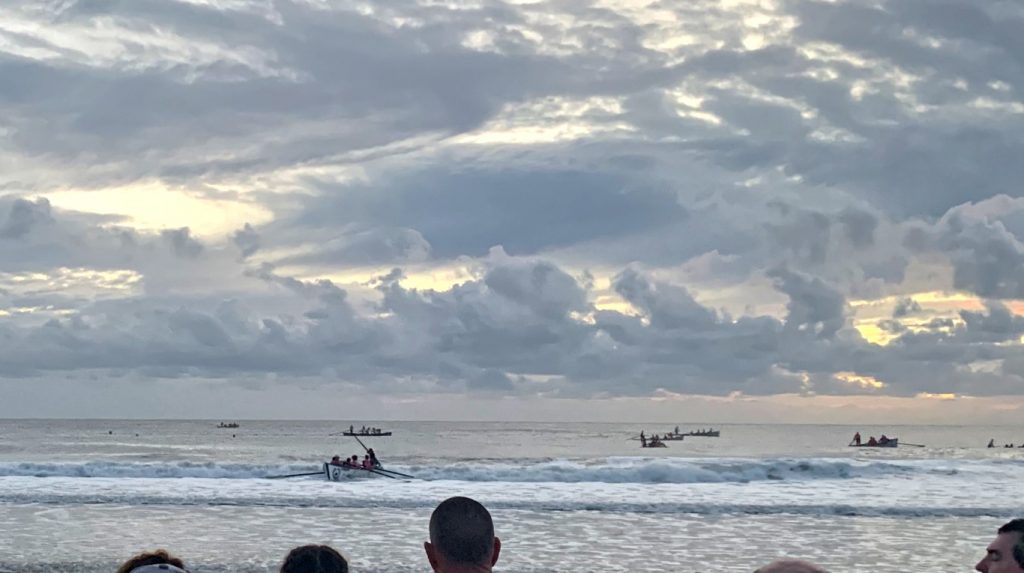 a very  poignant and memorable way to remember what ANZAC Day means to an Aussie.

With Miriam onboard, we left Mooloolaba at 6.30am, to run down through Morton Bay, 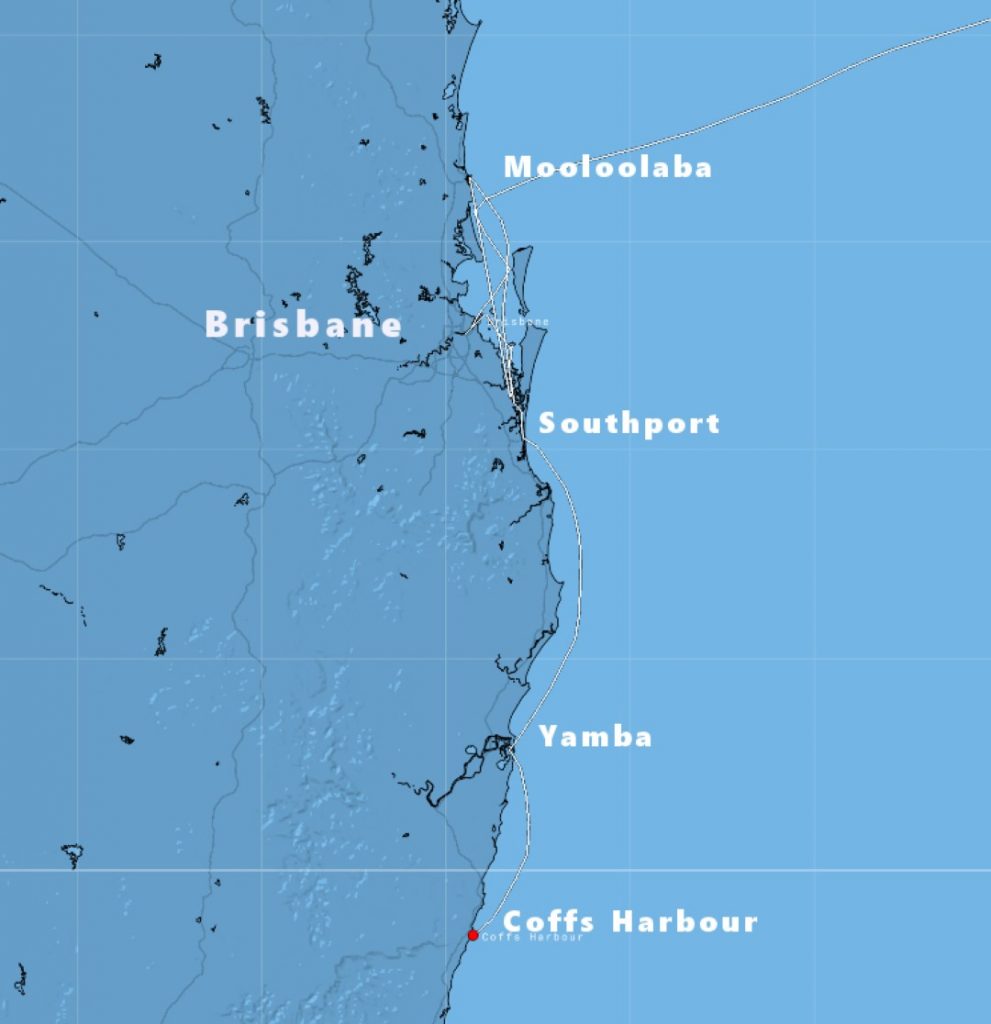 stopping to pick up Nick, at 9pm, prior to crossing the Gold Coast Seaway, en route to Yamba 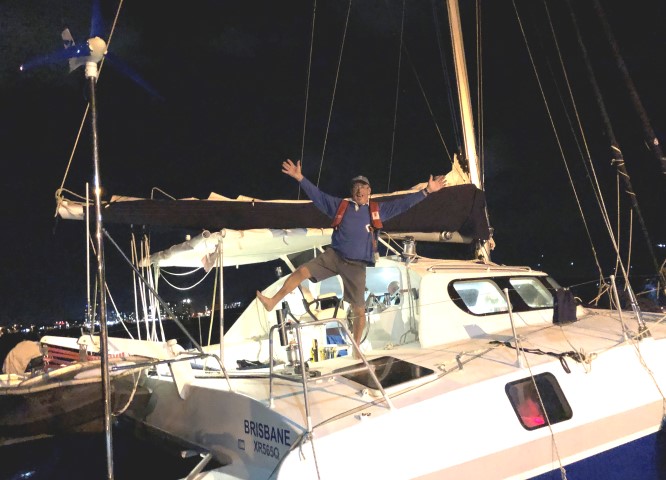 we headed out to sea, until the water temperature rose, due to us being in the warm East Australian Current, running down the coast. It’s 1.5kts of current had us averaging 8-9kts as we sailed down to Yamba 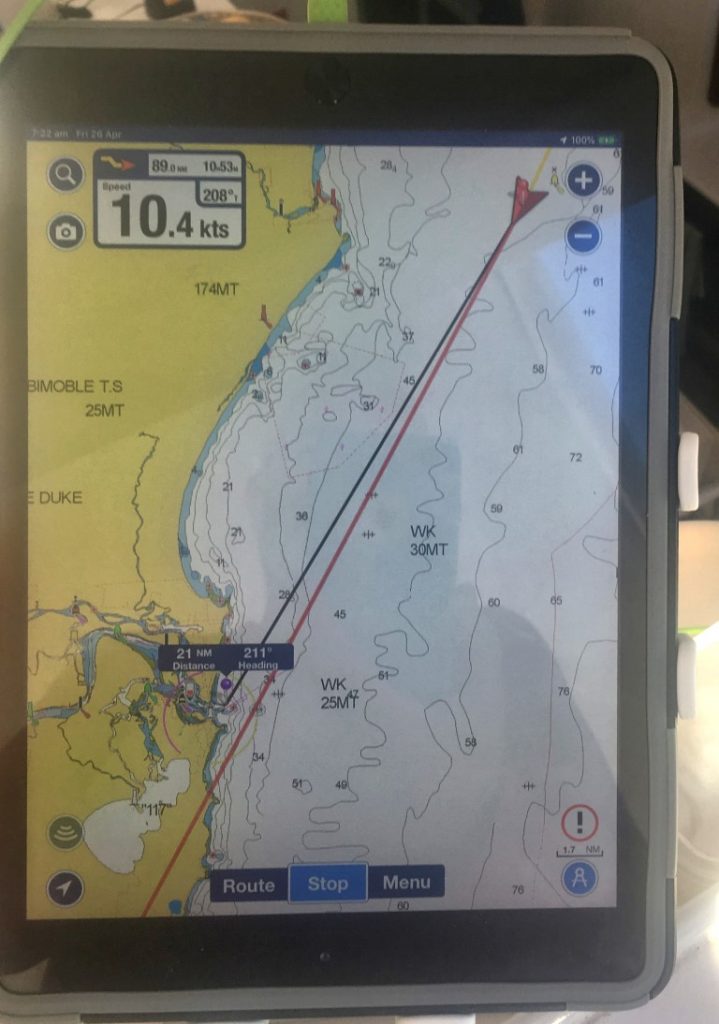 as anyone who has every done an overnighter on Logic knows, as the sun is rising, The Beatles, “here comes the sun” is playing, so that the person who is off-watch knows there is a sunrise to be enjoyed 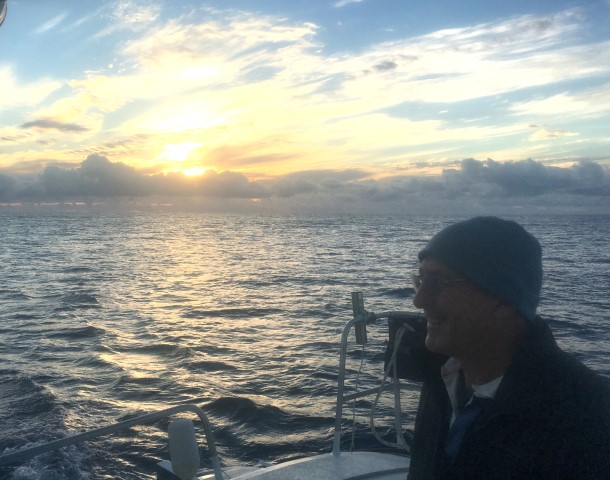 Yamba is typical NSW coastal town, with prawn trawlers moored along the foreshore.

We berthed in the local marina for a few nights 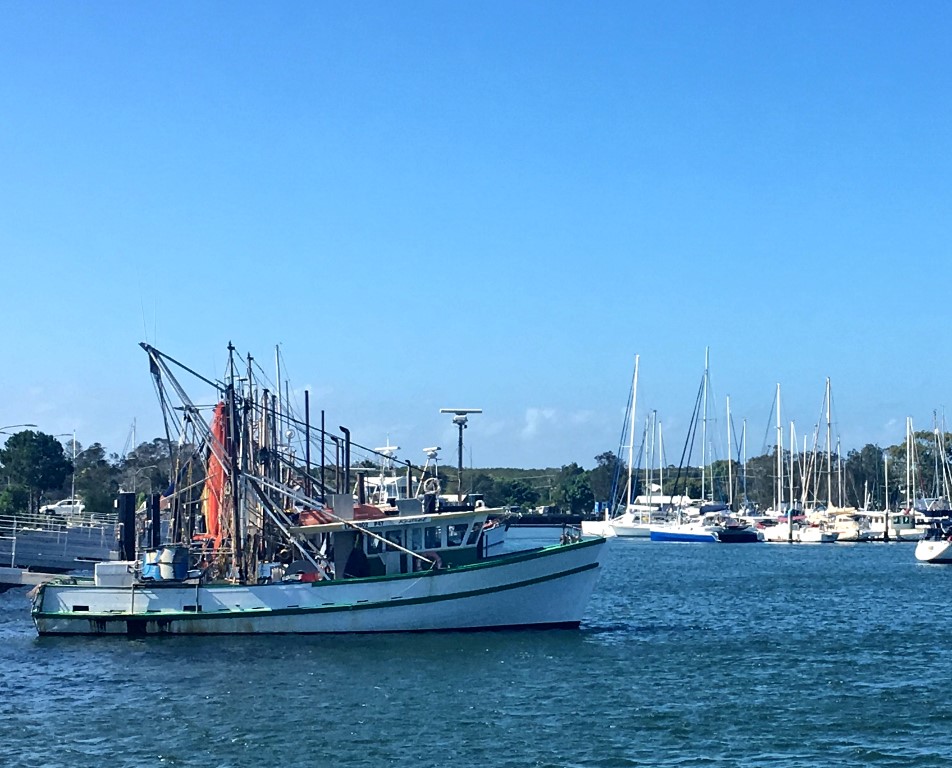 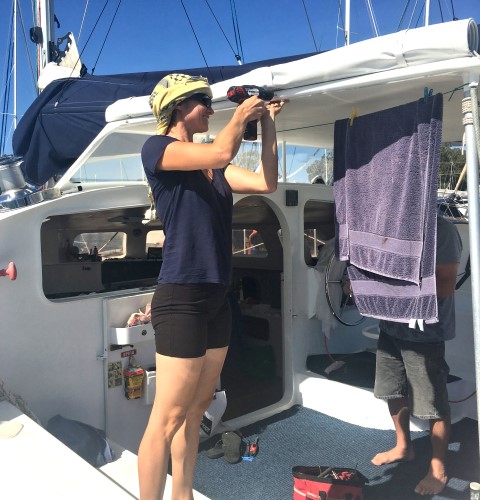 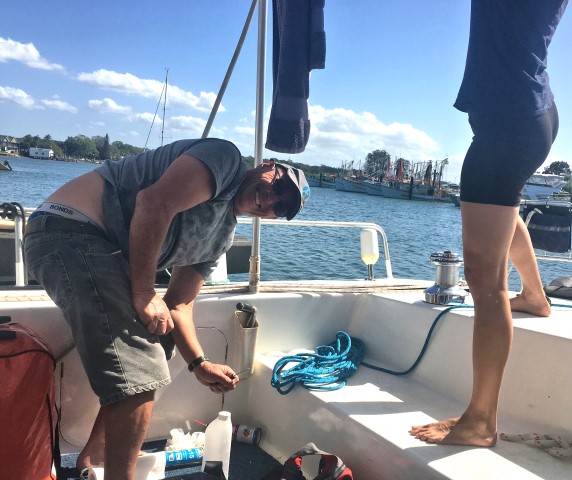 got as much enjoyment out of giving Logic some loving, as I do 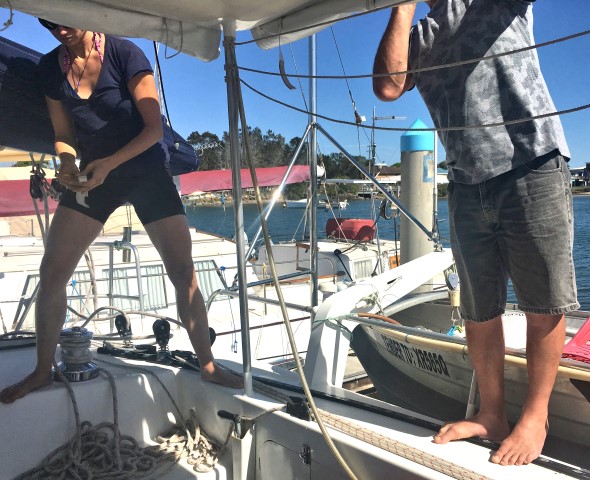 Miriam’s, rock climbing skills, made her the natural choice to go up the mast 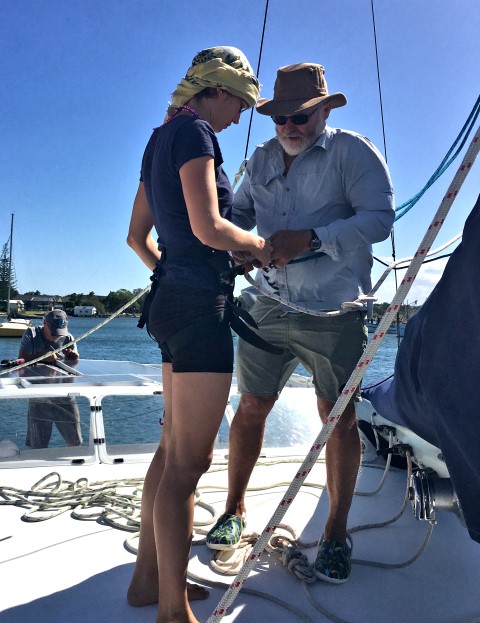 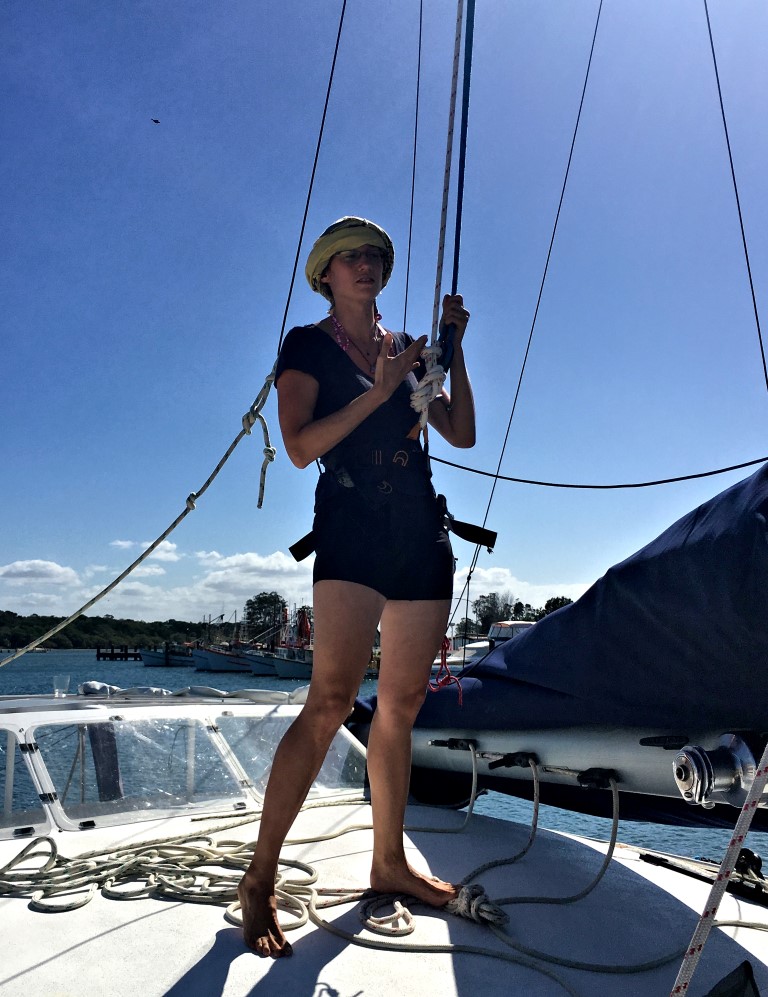 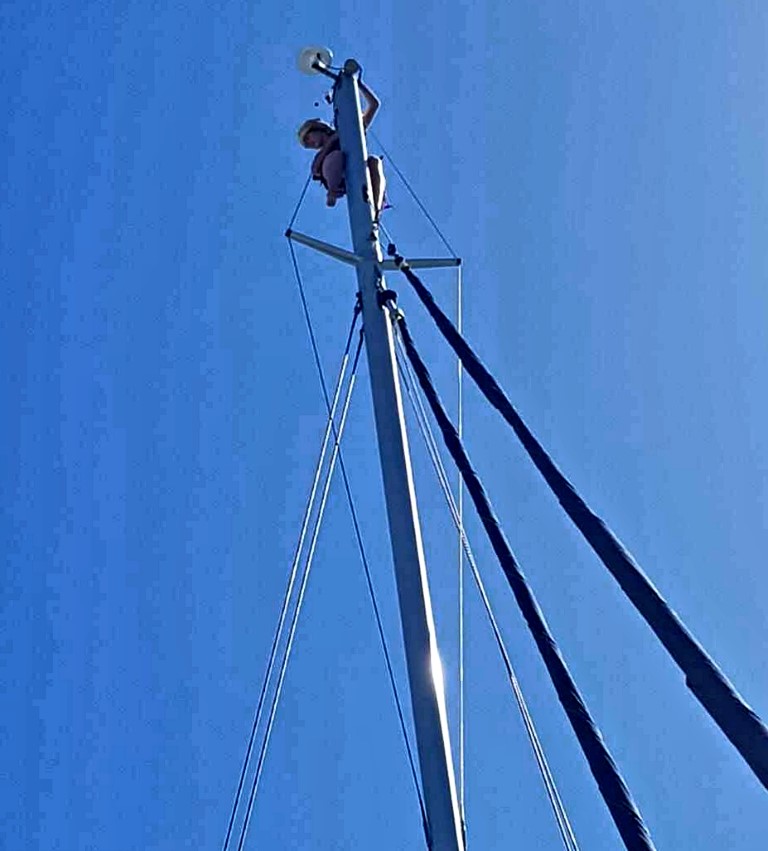 and check the rigging before we left, on our blue water passage

It was great to catch up with my friend from University, Geoff, who lives in Yamba 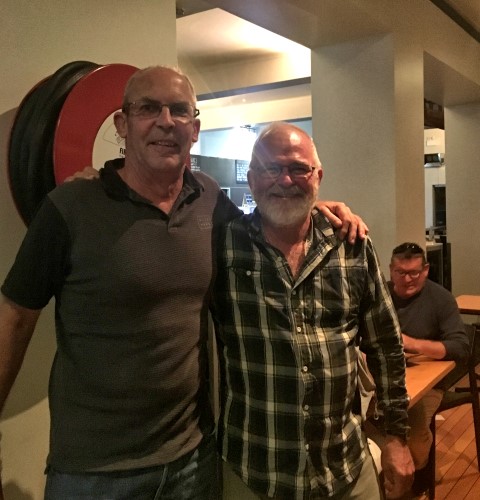 Geoff, has mastered the flying of his drone, and eagerly gave Miriam a lesson on flying the one that had been sitting unused on Logic  for the last 3 years 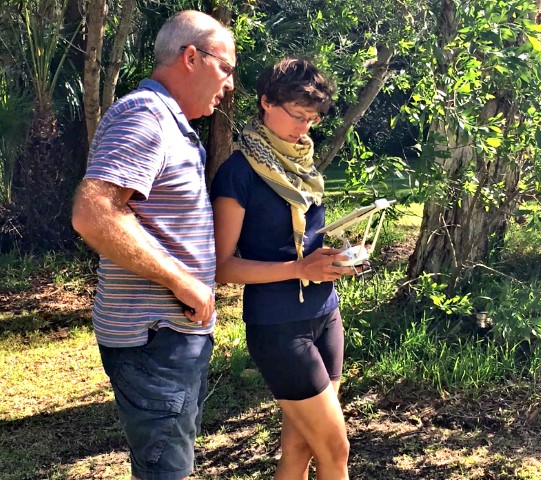 2 days after arriving in Yamba we had a good northerly weather window to continues our journey south, so we went out the seaway at first light 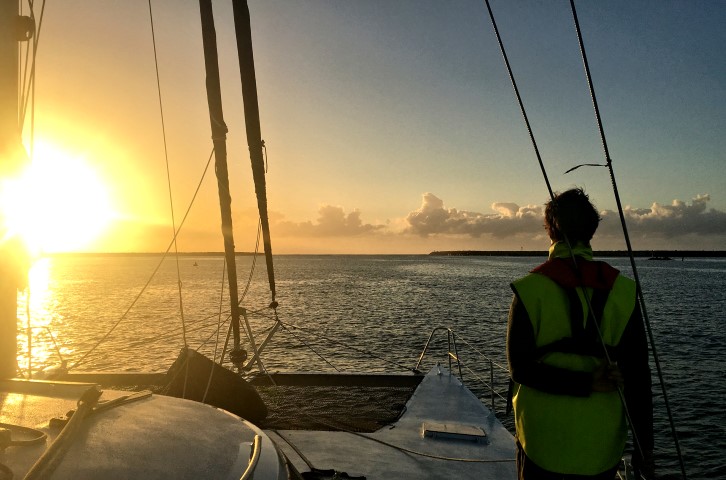 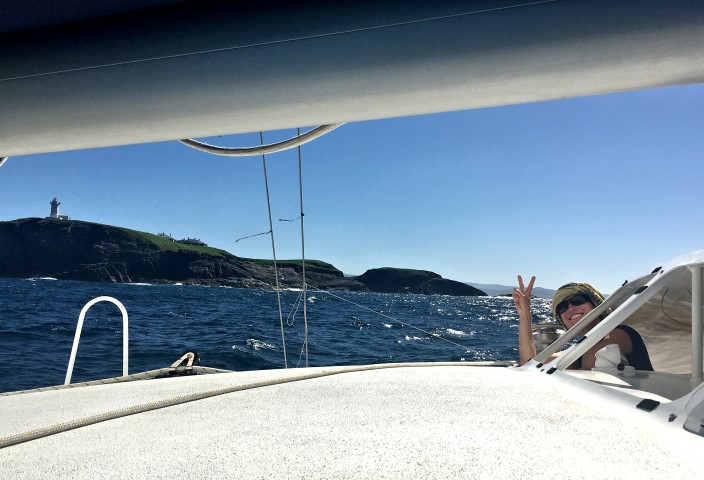 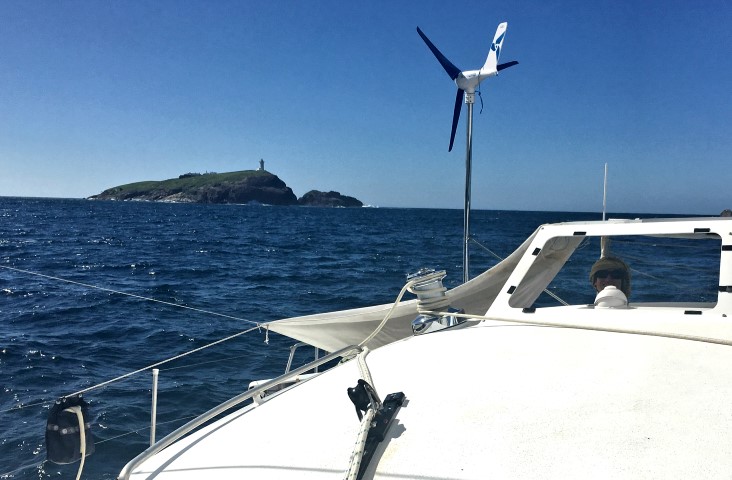 the 1.5kts of current going south, had us arriving in Coffs Harbour at 3 in the afternoon 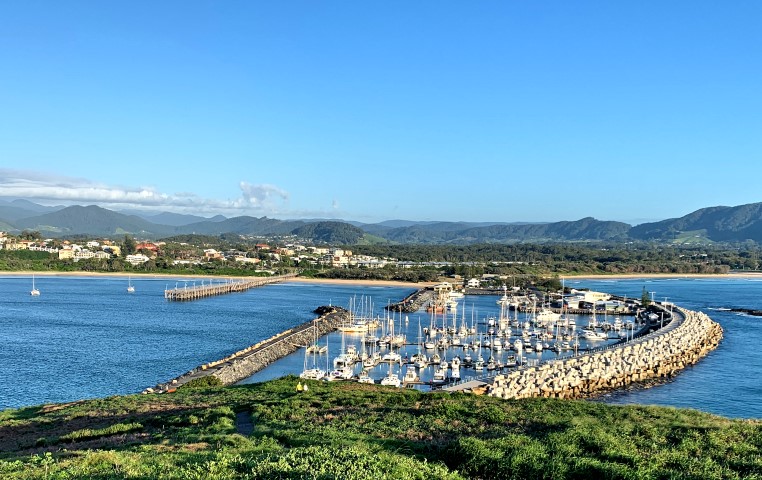 a more perfect spot to berth at a marina, is hard to imagine 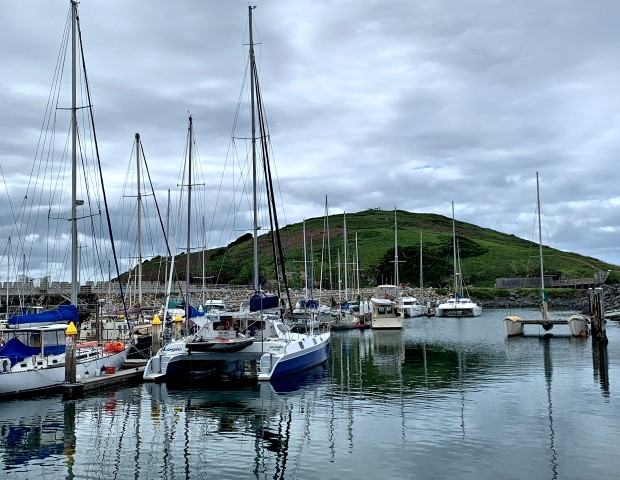 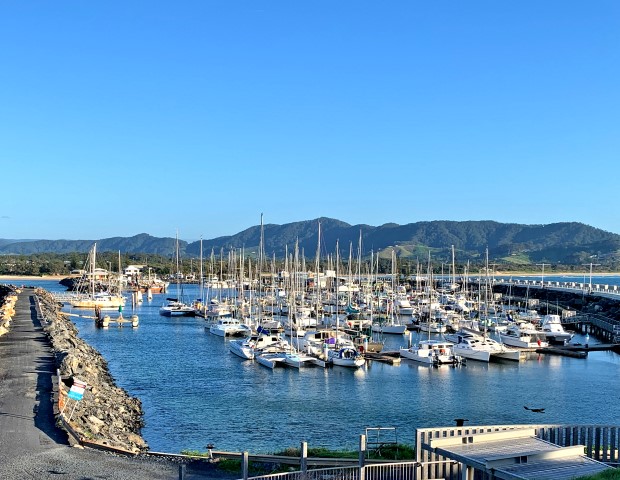 at this time of the year the days are a perfect temperature of mid to low 20s (Celsius), ideal for a stroll around the harbour 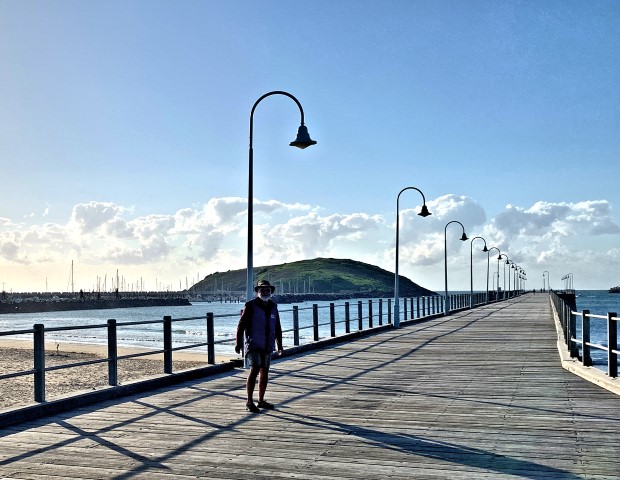 the crowds of the Easter School Holidays have dispersed, leaving the serenity of nature, with plenty of fish to be seen in the clear waters of the harbour and the birds feeding on the fish, like this cormorant that took at least 15mintues to get that enormous catfish down it’s throat 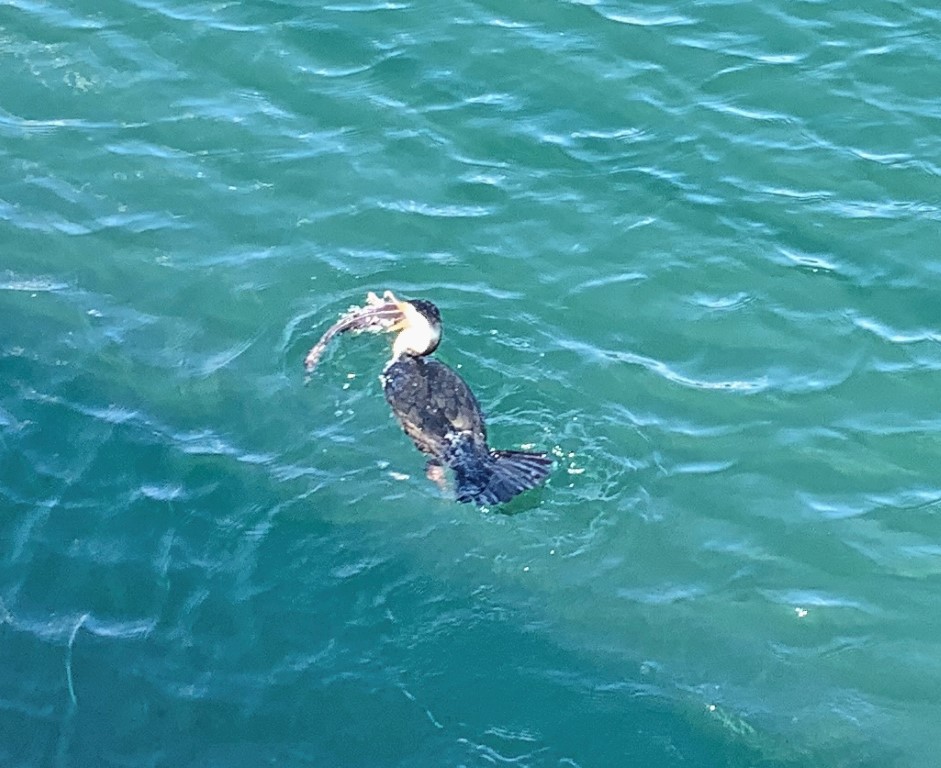 there is the perfect weather widow to cover the 300miles to Lord Howe Island, 4 days after we arrived in Coffs. A northerly of 15kts, just forward of the beam, with a 1.5mts swell at 10second intervals, ideal conditions for Logic. So we will be clearing Australian customs on the afternoon of Thursday the 2nd of May, to arrive at Lord Howe Island on Saturday morning. Then we will wait there, for a similar weather window for the 680miles up to  the warmth of Noumea, New Caledonia. 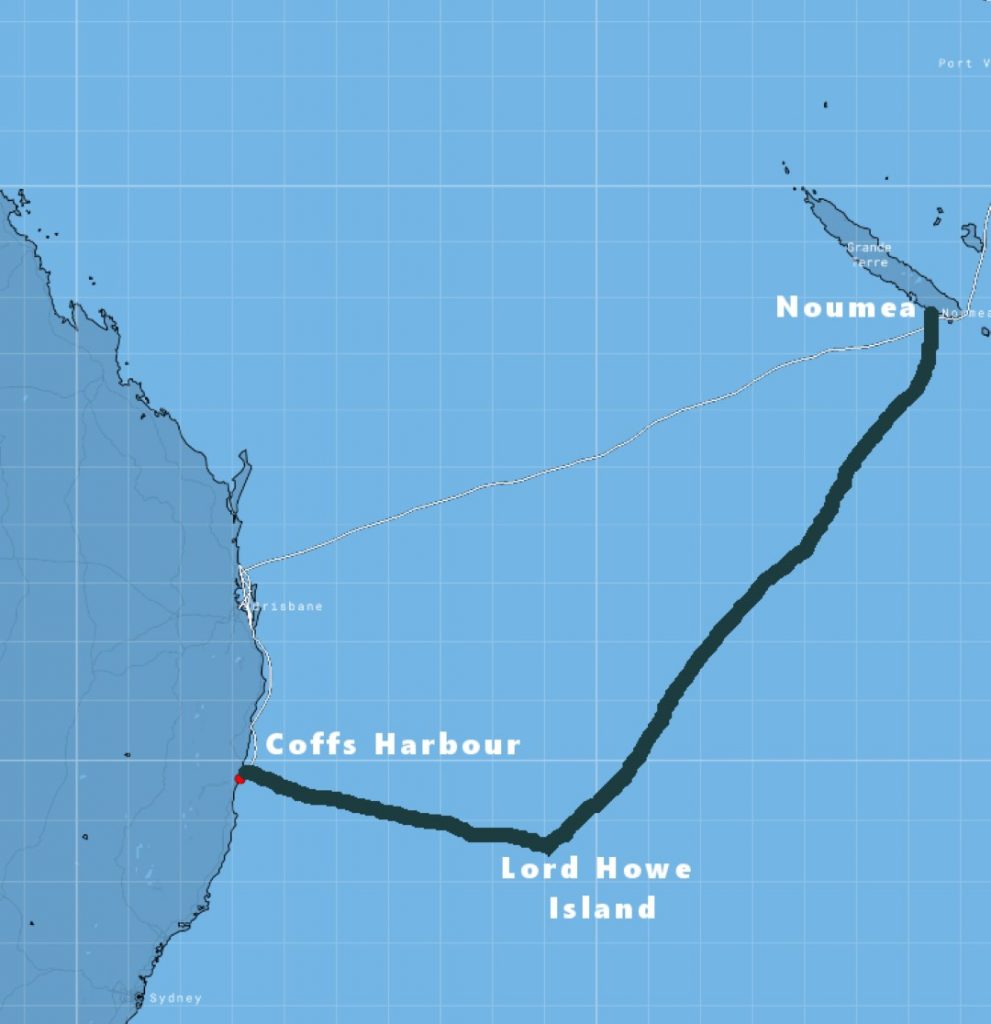 a more ideal preparation to a passage is hard to imagine, Logic is totally prepared and the crew has spent a week familiarising themselves with the boat and each other. Champagne cruising.

I have reconnected the satphone to the network, so the GPS tracker is working if you want to track our passage, click on the “OUR LOCATION” menu item above.

which you can send us text messages too  (it should be free if your mobile phone package included international texting, although it would pay to check, after sending the first one, the alternative is to send your message as an email to 881623402552@msg.iridium.com which we receive as a text). don’t try ringing us as the bill shock will hurt.