on the top of Ambrym, is a village called Olal (Ol-Al) 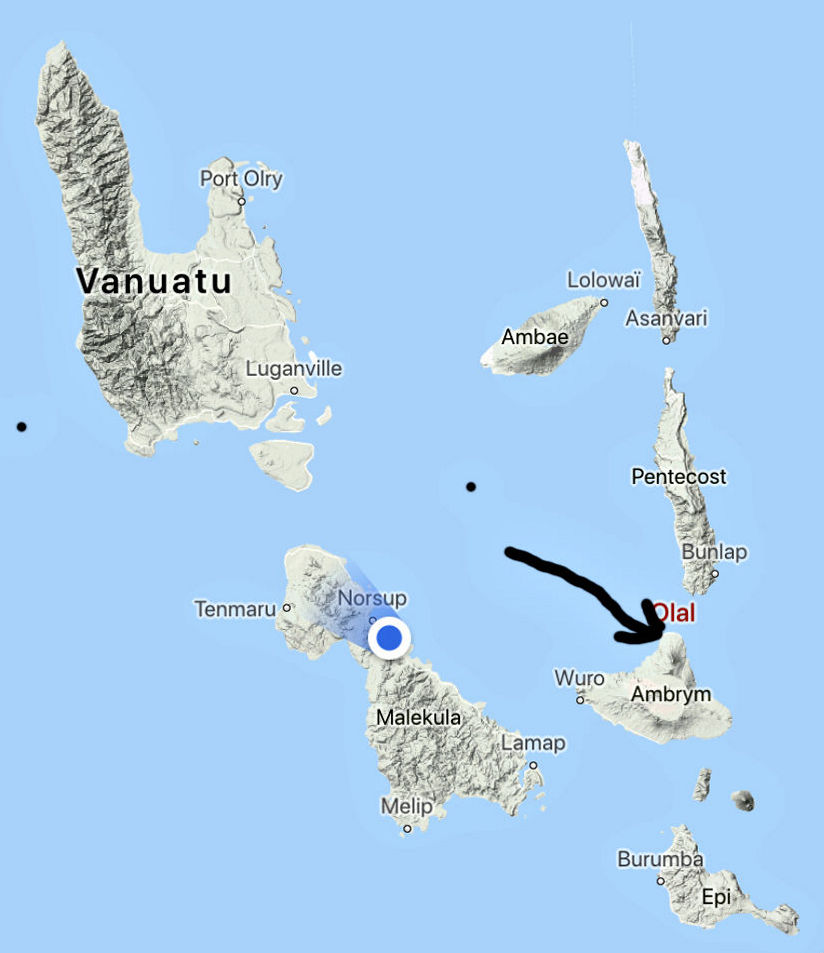 The anchorage was a gap in the reef, right on the top of the island, beam on to the trade winds and resulting swell. I had some trepidations about going straight in so, I anchored around the western corner and checked it out in Albert, putting the drone up. 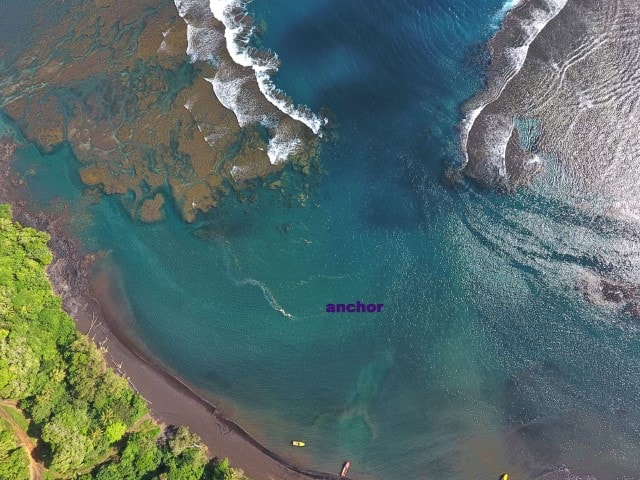 it was easy to get in, once I was confident I knew what I was doing 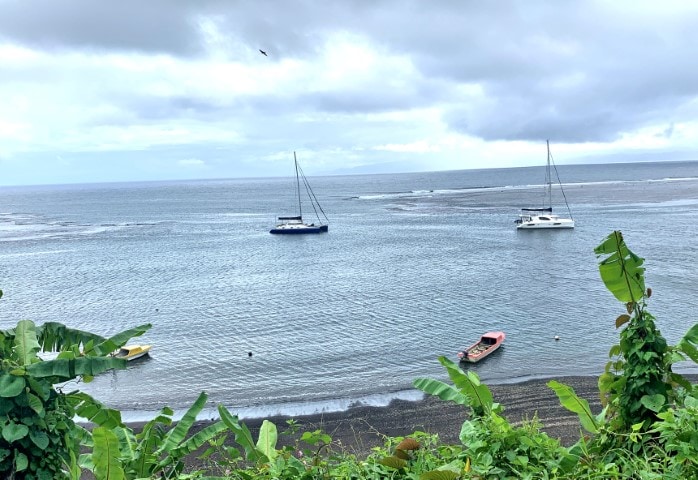 As has become my custom, I paddled ashore in a SUP, to introduce myself and ask about kava, that afternoon.

I met Marco, and arranged to meet him on the beach at 4pm (he is on the left) 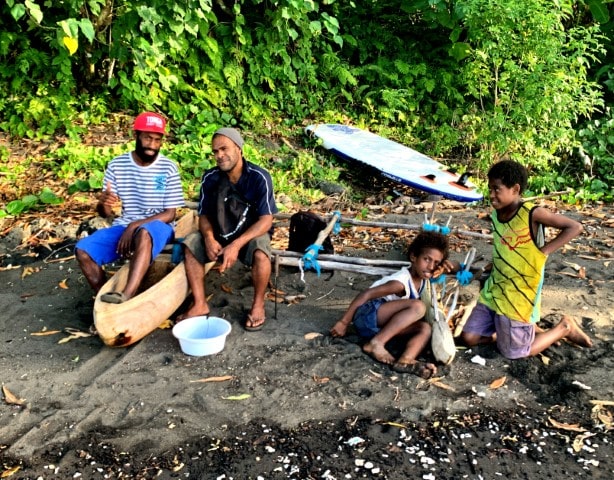 the crew of the boat that followed me in (Jane and Kevin) came with us to the kava bar, were we met John, who was the MC for the Cultural Festival, that was being held in Olal in a few days time. 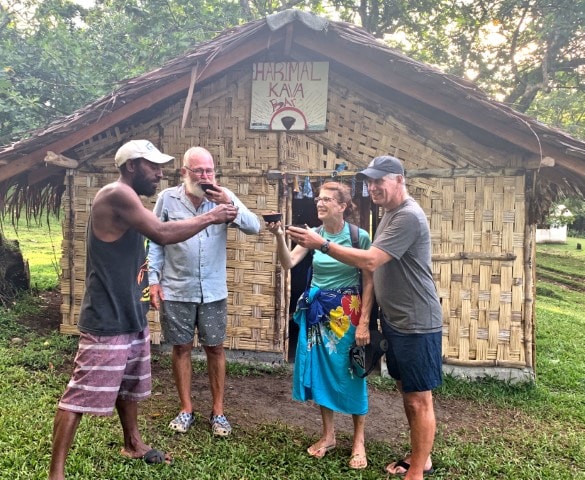 in the next kava bar, we met Chief Sekor, and shared a bottle of red with him…… post kava 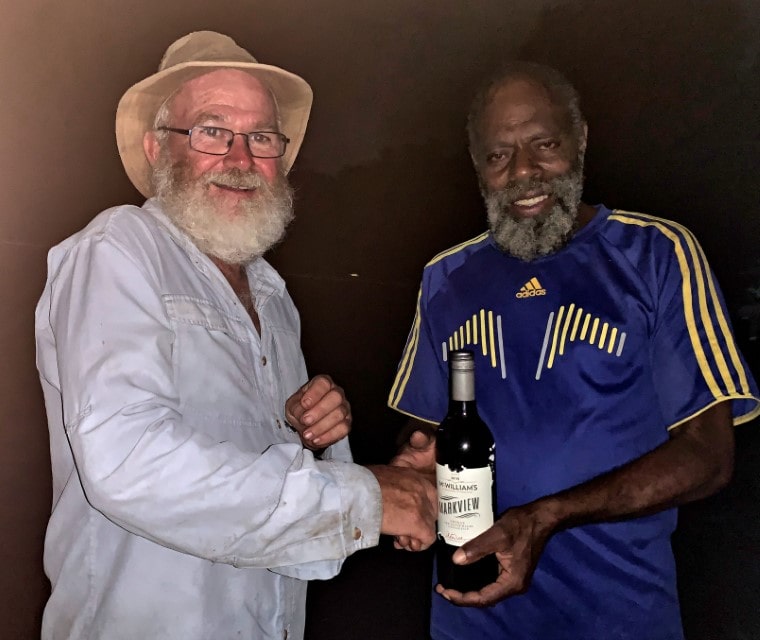 also that evening I met Father Fabian, the Roman Catholic priest, having a lovely chat with him. When I told him I would have liked to attend mass this coming Sunday, but needed to move onto Lakatoto for the National Arts Festival, he told me not to worry there was a 6.30am mid-week mass, on tomorrow morning.

The church took some finding, ultimately I needed someone to guide me 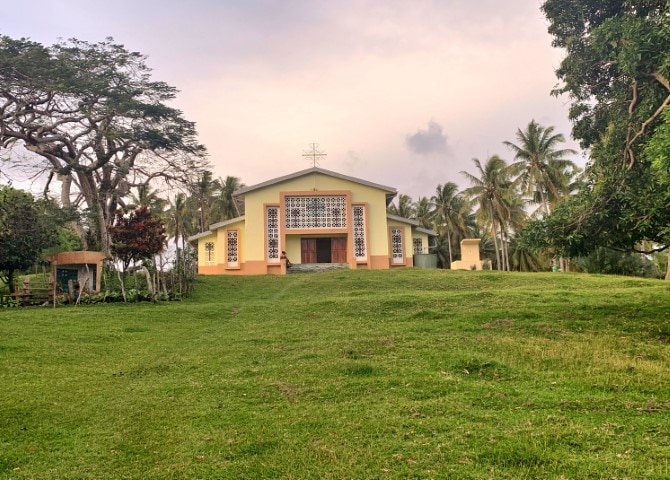 It was a lovely mass.

In addition to the local language, the villagers speak the national language Bislama and the are taught French at school. So I was very chuffed when Father Fabian did the Gospel reading in English, plus a lot of the mass in English and a very special sermon, on God as a Shepard looking over his flock, in English. 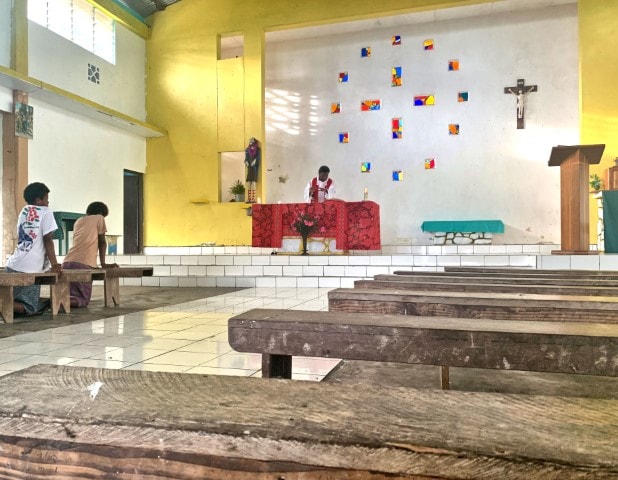 a very memorial experience with a gorgeous man 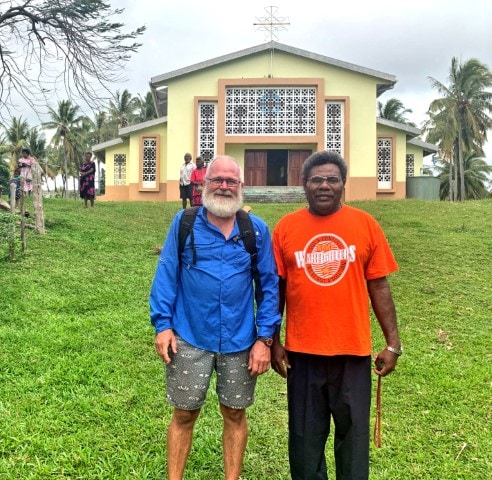 Then I met Jane and Kevin on the beach, for Marco to guide us to John’s, for a visit to his gardens 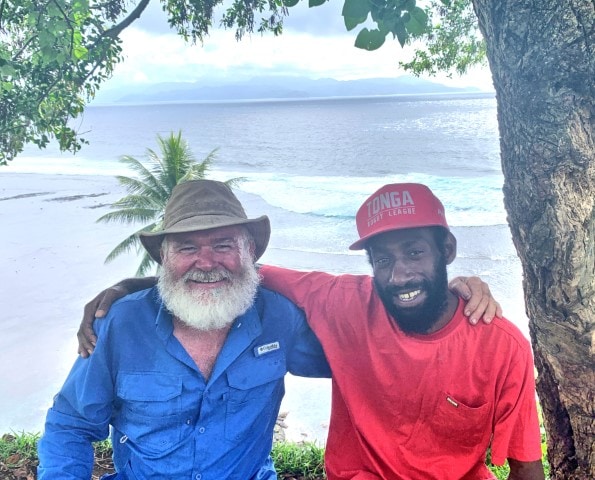 one of his bothers, was making roofing thatch 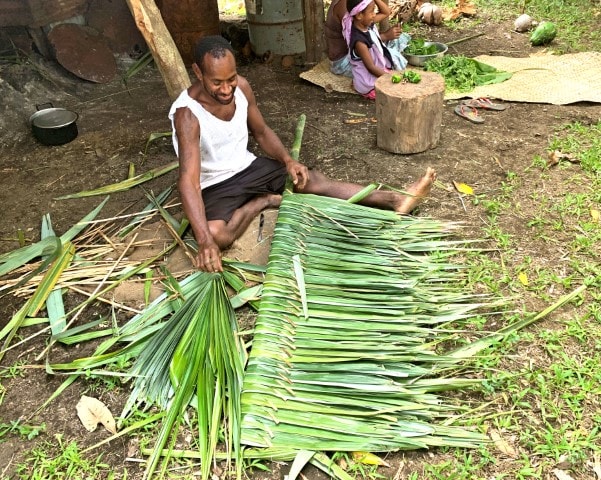 his mother was working on the new garden 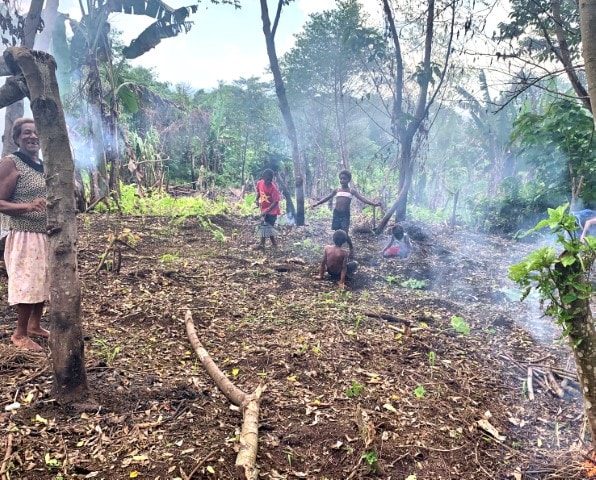 it would not be a garden visit, without being gifted plenty of fresh produce 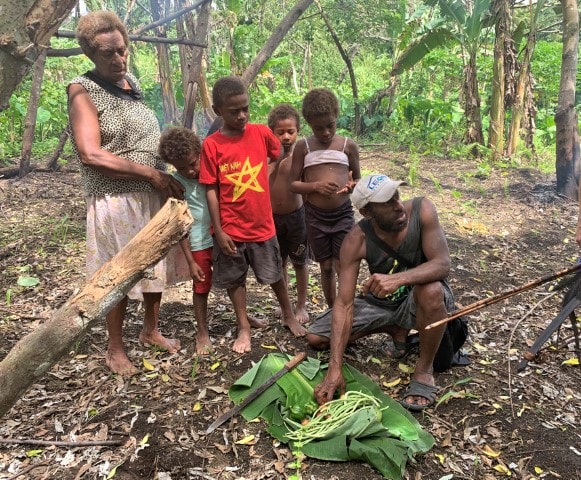 John dug up some kava, for the afternoon’s drinking 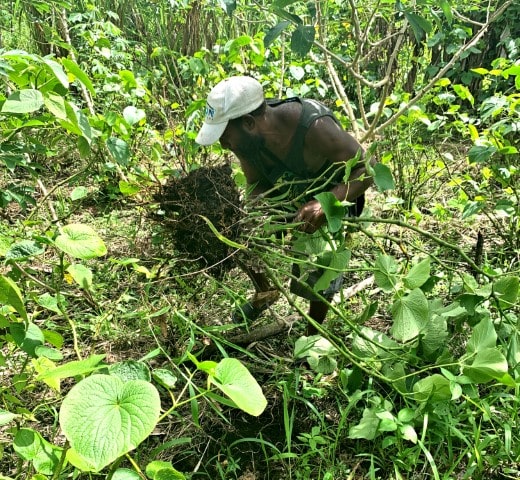 Taro on the left, kava on the right 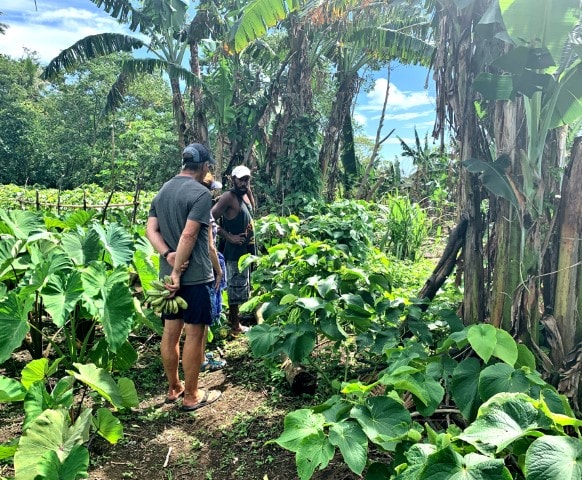 plenty of young pigs, for fattening 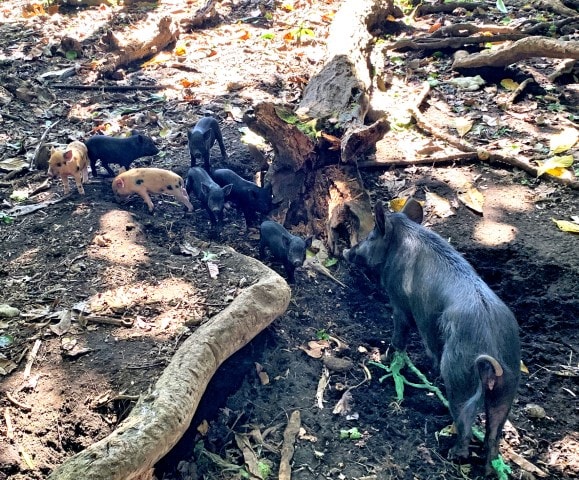 John preparing the kava for drinking 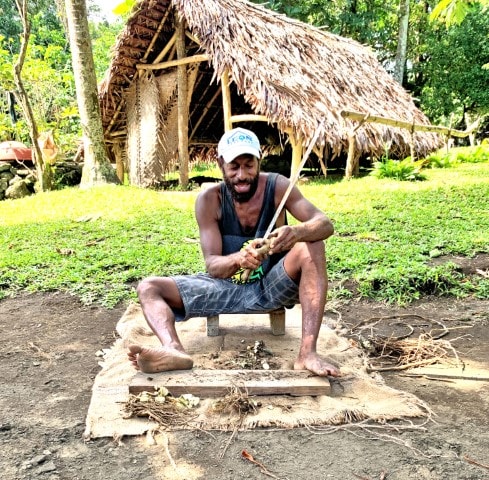 there is lovely relaxed feeling in this country, compared to hustle and bustle and “stuff”, of living in the west 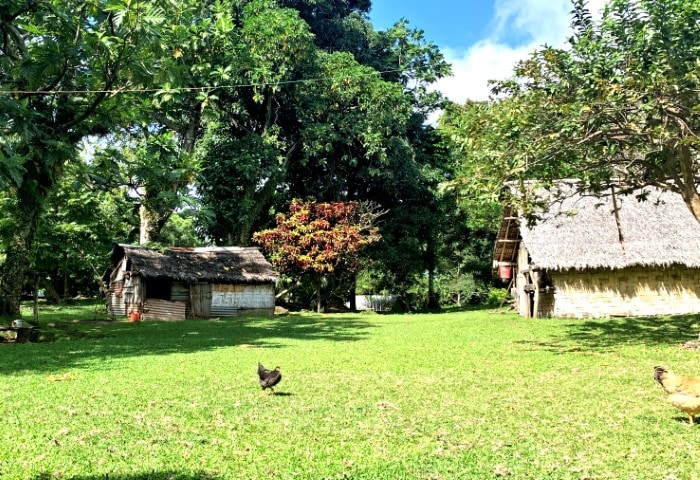 there is plenty of talking with the villagers throughout Vanuatu 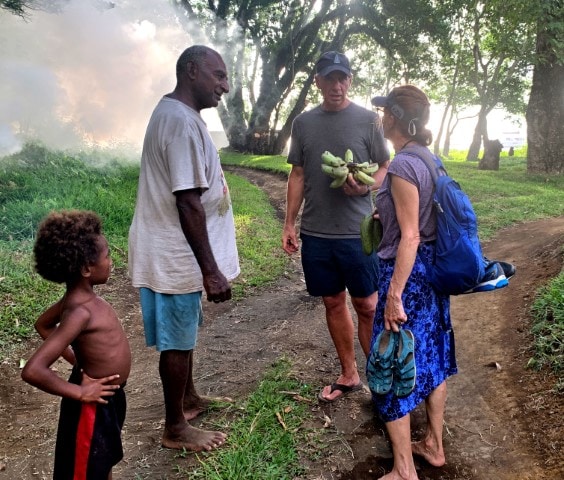 the next day was Assumption Day, the feast day celebrating Mary’s assumption to heaven. 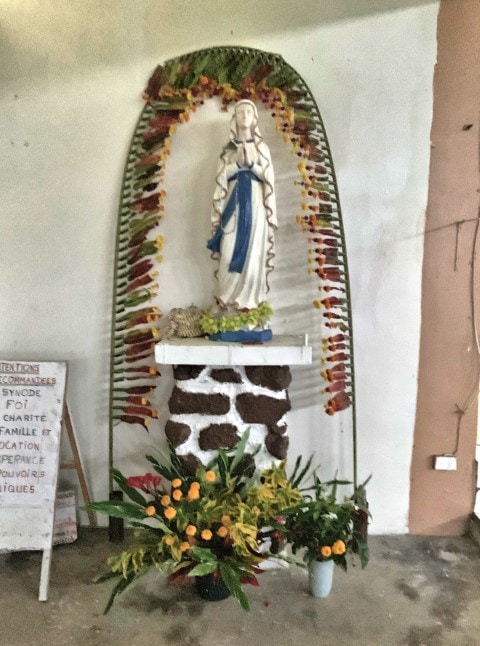 The Sisters of Mary lead a precession, that zigzagged through the village 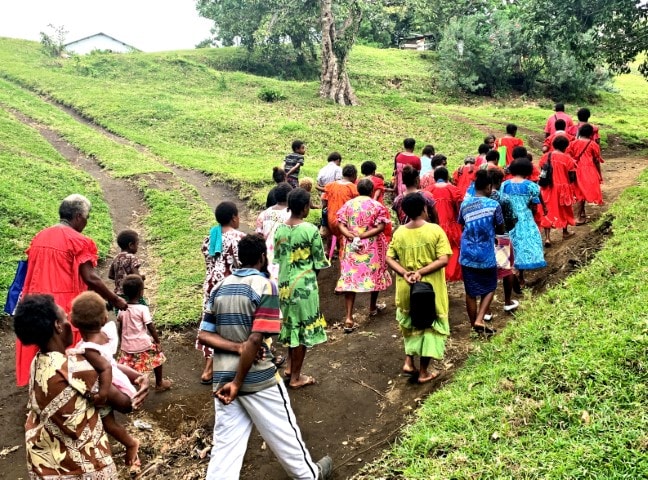 sitting as a block in the church 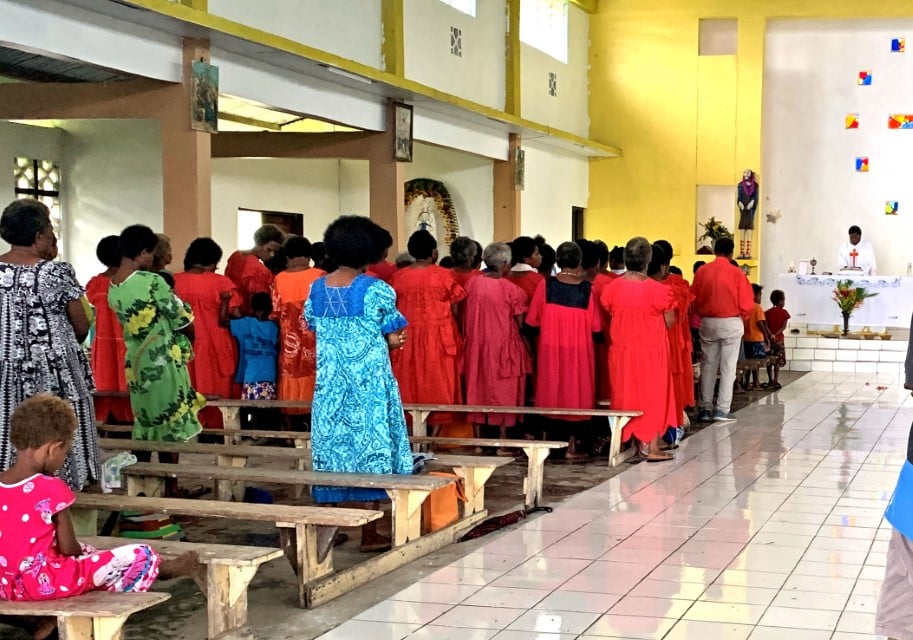 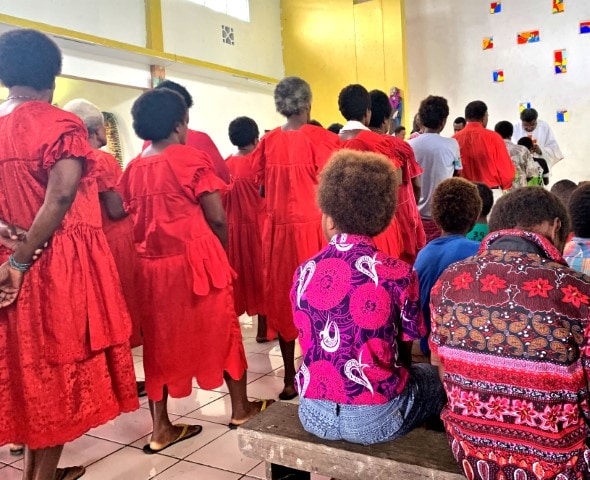 in was lovely to be in a church full of youth, that wanted to be there 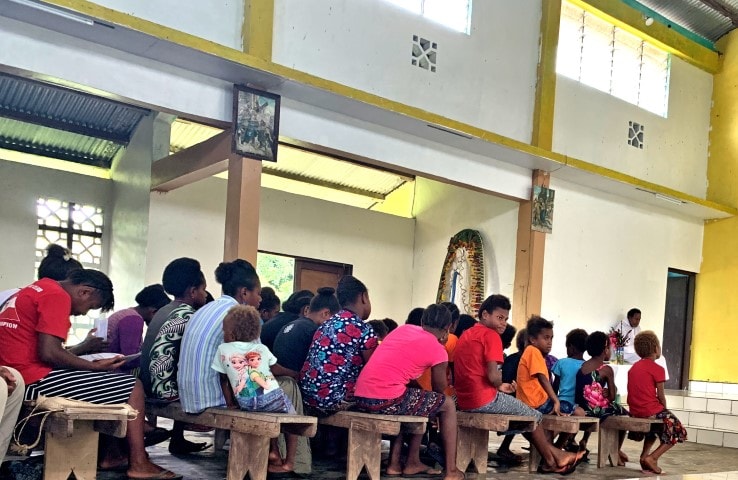 I took a photo of the Sisters of Mary, to print and frame for them 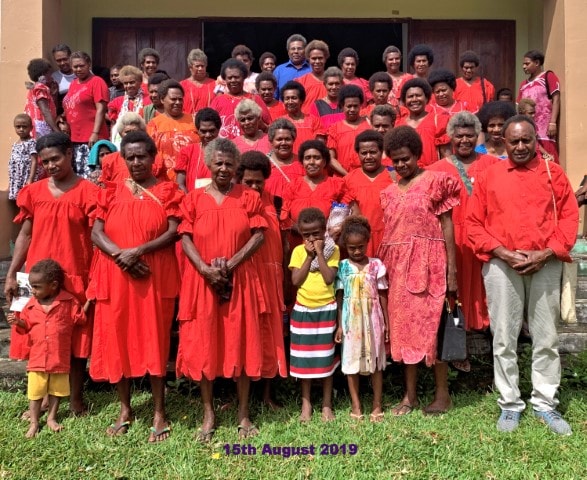 I rushed from the church to the “Cultural Festival”, to find it full of more white people than I has seen in one place for several months 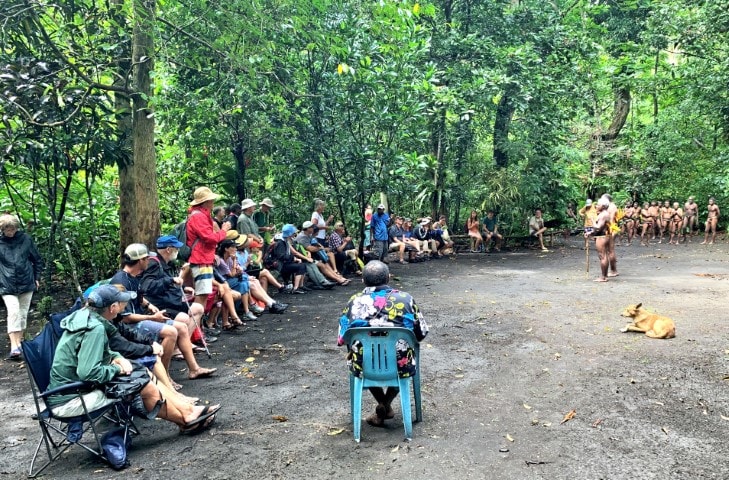 there where no locals in the audience. I was told they had been instructed not to come.

This was totally different from every other experience I had had in Vanuatu. I don’t do TOURIST, it’s not me. The show was OK, but nothing as passionate, as the dancing at the National Arts Festival, next week. I did take some photos of the Rom dancing masks 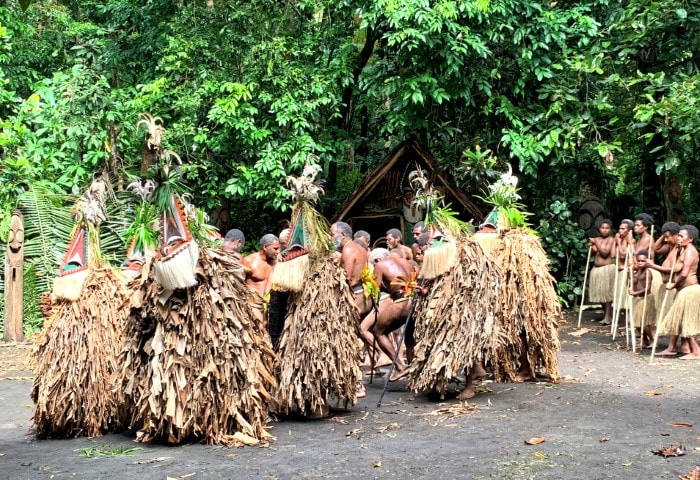 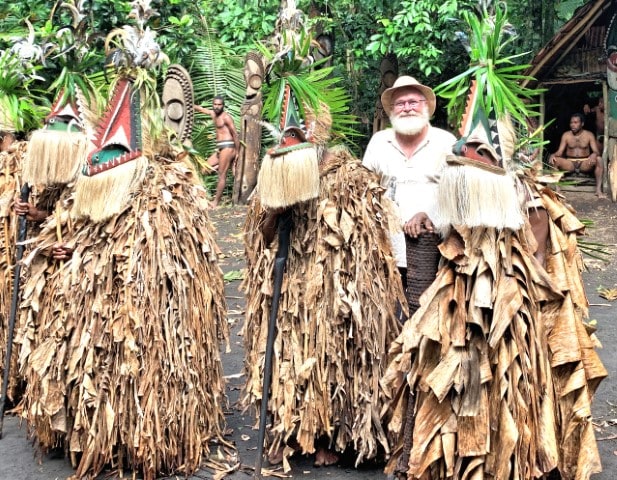 time to move onto Lakatoto for the National Cultural Festival 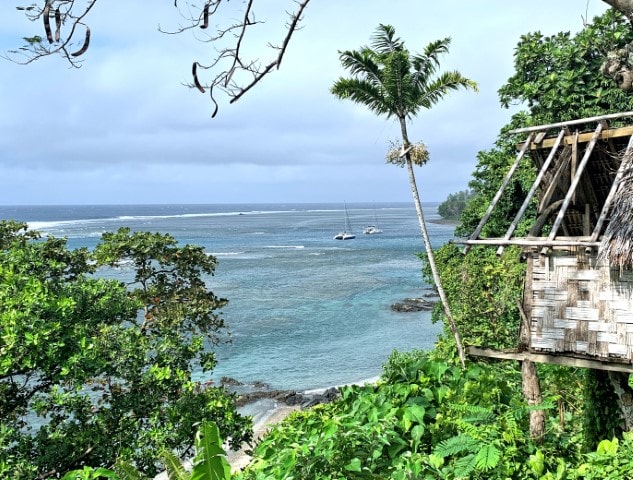 The quest to catch a village feeder