I am leaving Fiji with strong mixed emotions.

If I use a cursory over view, these last 4 months have flown, but if I slow down and look back through the photos, it feels like a lifetime (remembering that an important part of the  cruising life is slowing  down, enjoying being fully immersed in nature).

My “run away to sea” dream, from my early adolescence was to live life exactly like I have lived the last 4 months.

It took an enormous amount of time and effort to get to this point. An important part of my/Logic‘s time in Fiji was  winding down from my old life and growing into my new one.

But the reality is the cyclone season is approaching, necessitating a need to get out of the South Pacific, so back to Oz, via Vanuatu goes Logic.

The 520NM passage to Port Vila. Vanuatu is not going to be covered at “race record” speed. The forecast is an average of 15kts from well aft of the beam.

I spent a very enjoyable part of the time since the last post with Barry on Logic‘s sister, Twocan. 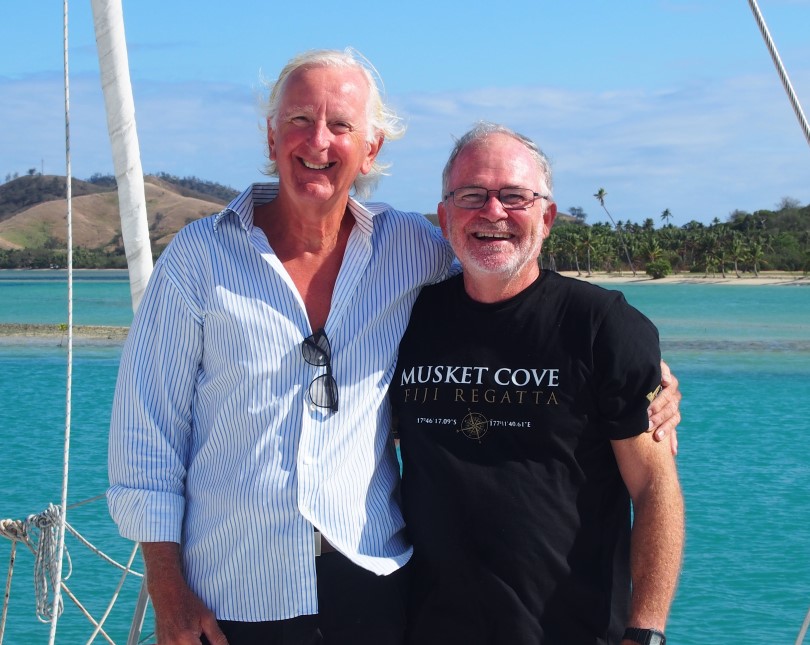 He is living proof that this life keep one young.

A highlight of our time together was 6 days anchored on the western side of Waya Island. The weather was like the photo for every day of it.

The water was clean enough to see a penny on the sand, in the 8mt deep anchorage and the snorkeling was well above average. We very much enjoyed alternating cooking dinner, and could not overcome the temptation of a dinner on shore at the “cruiser friendly” Octopus Resort. 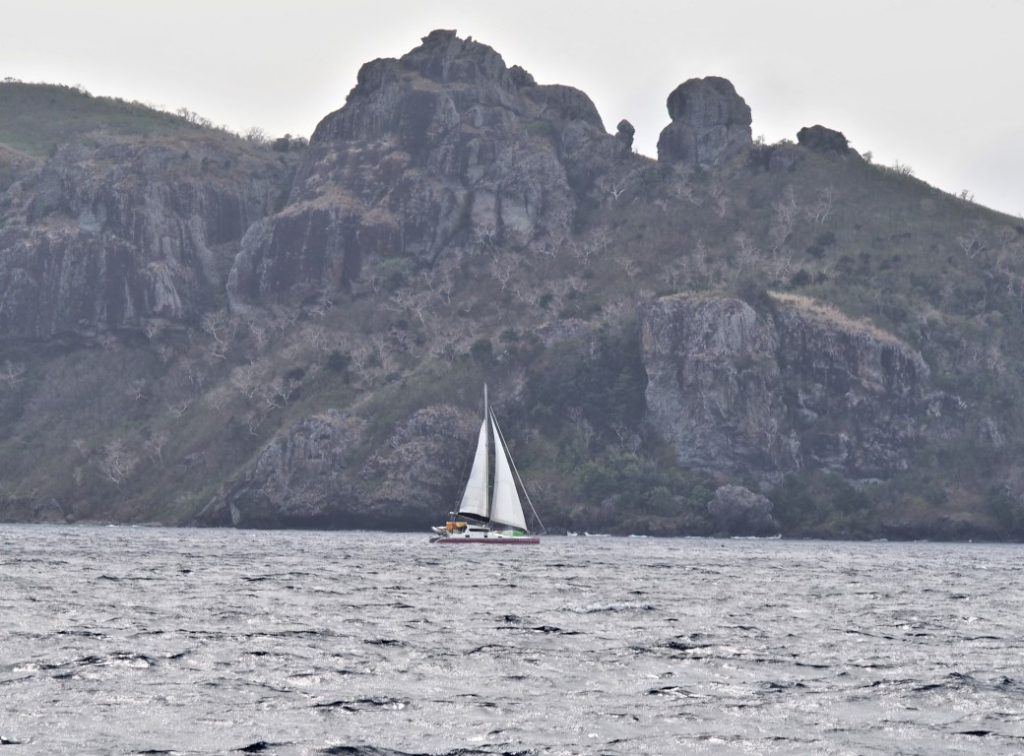 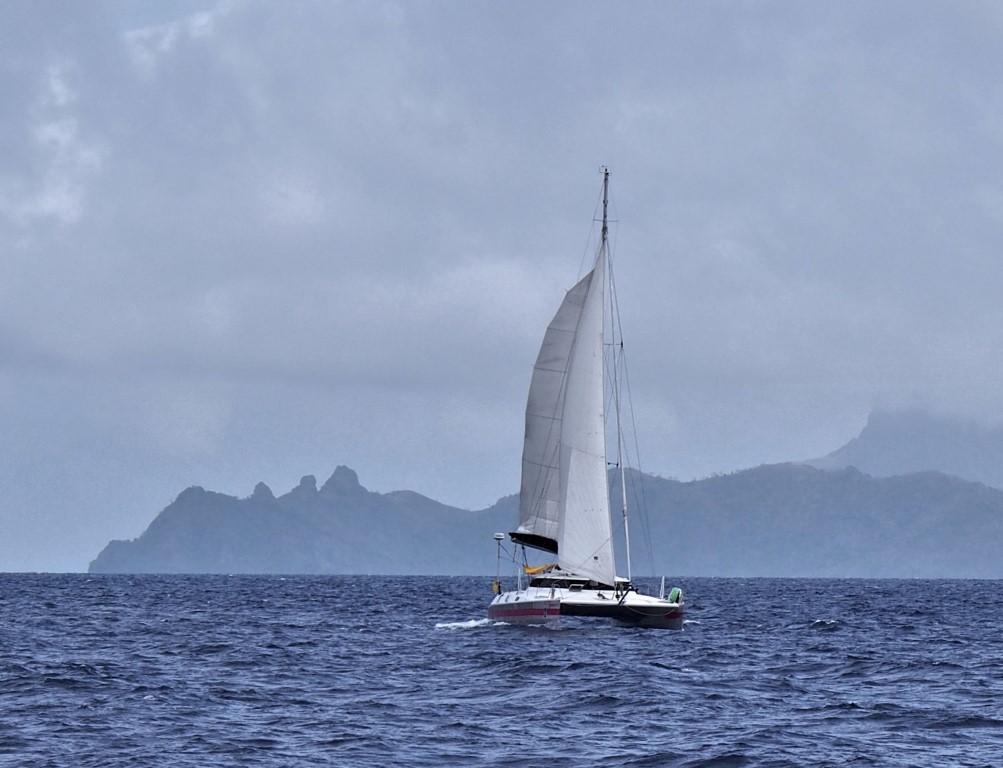 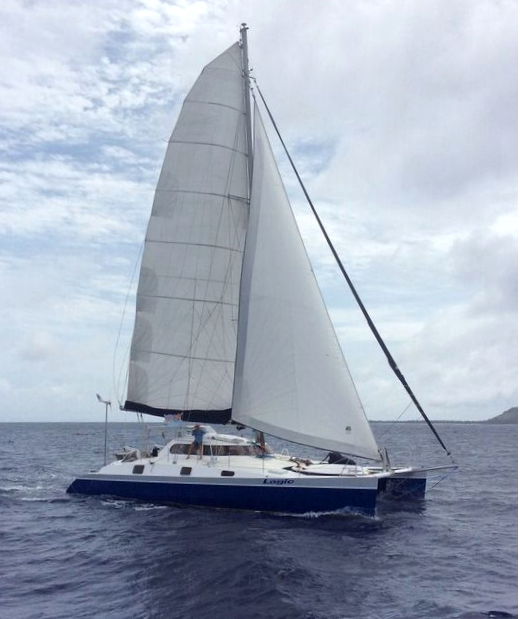 I have 2 crew for the trip to Oz, via Vanuatu.

Marisela, a Venezuelan American and Lotti a Swiss South African 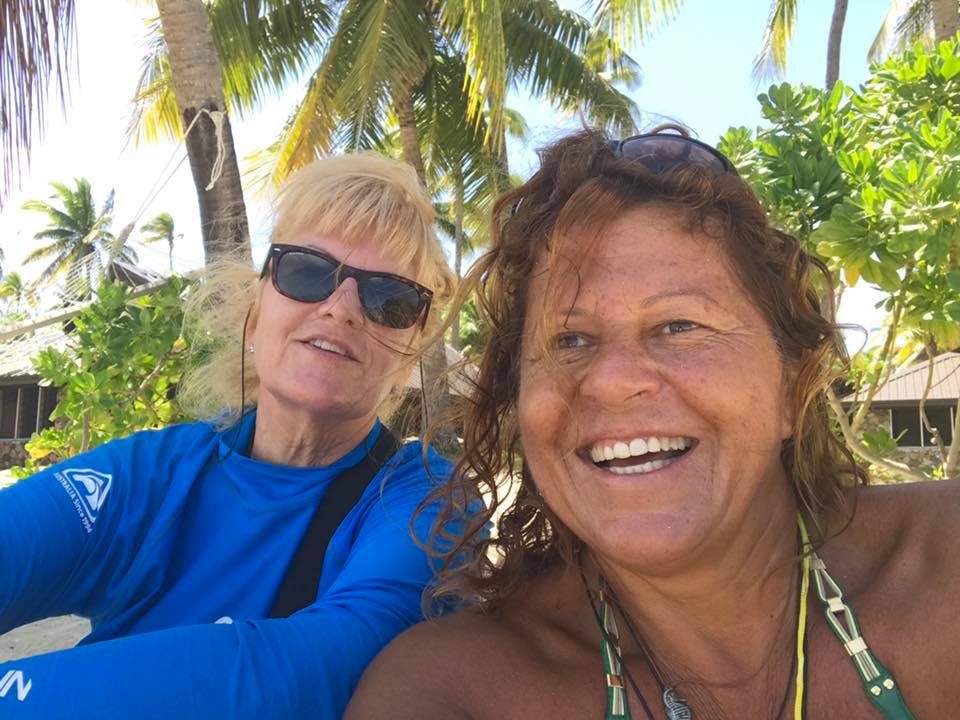 I have become rather proficient at provisioning at the Latouka Saturday market. 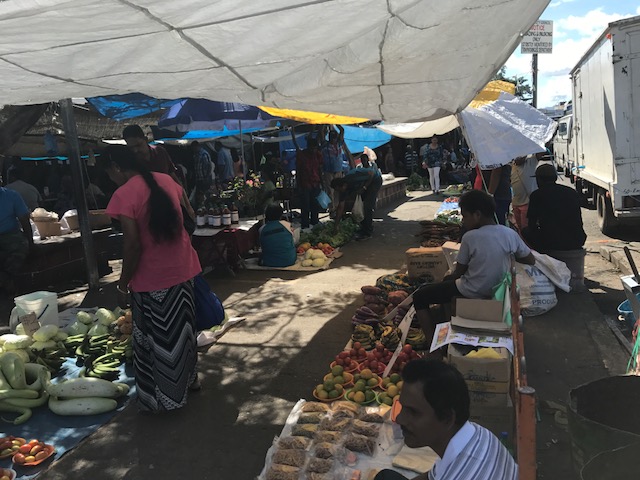 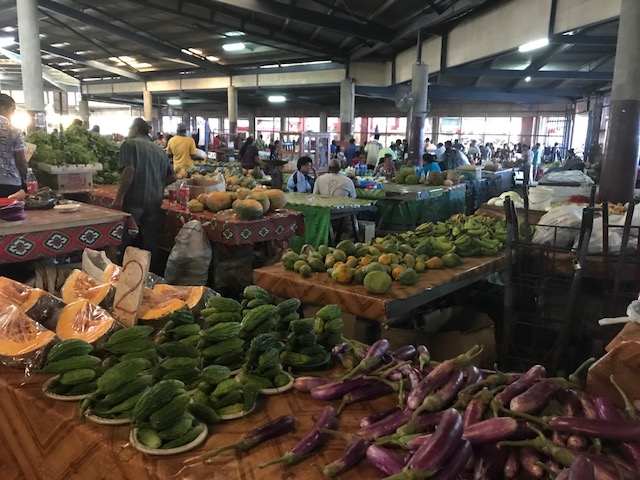 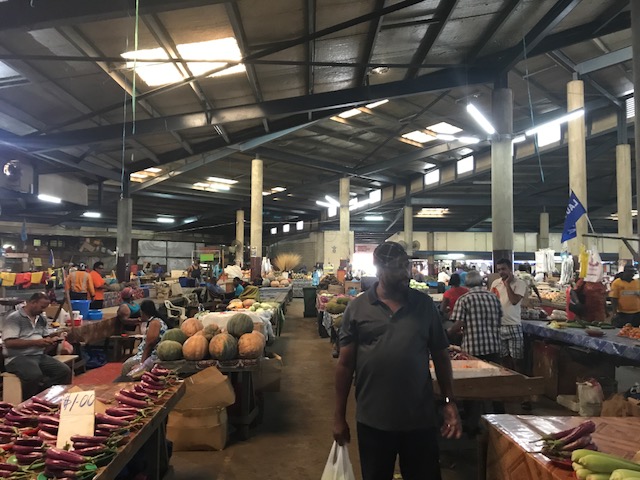 While Marisela and Lotti were acclimatising to life on Logic and we waited for a Friday to leave to Fiji (immigration official only work week days, necessitating sailing over a week-end), we spent 5 days in Musket Cove.

It was Musket Cove Race week, and there were well over 100 boats moored and anchored off the resort

Normally I would not anchor with a reef this close to the stern but the anchorage was crowded. 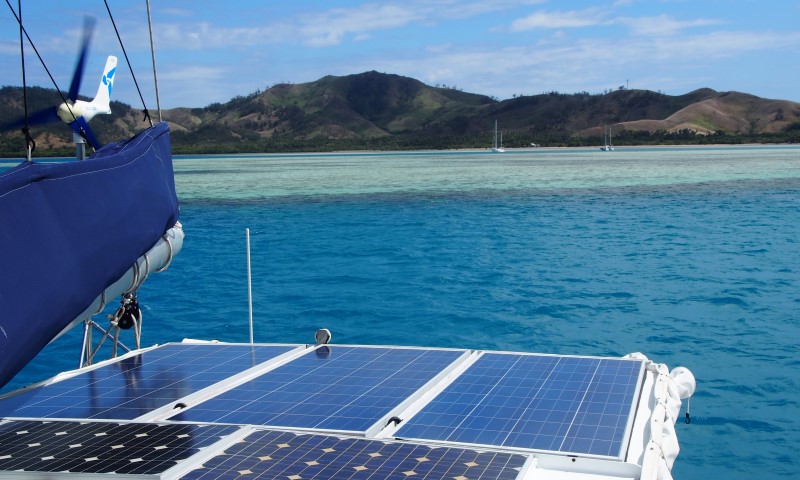 The last day  of Race Week was the big around Malolo Race.

There were 4 Mumby Cats at Musket Cove for Race Week. The other 3 were entered for the Race, so I decided to do it. We woke to 15-20kts, gusting 25. With only 2 inexperienced sailing a big catamaran crew, an 80 boat start line, and reefs every where,  so we decided to skip the racing and spectate. 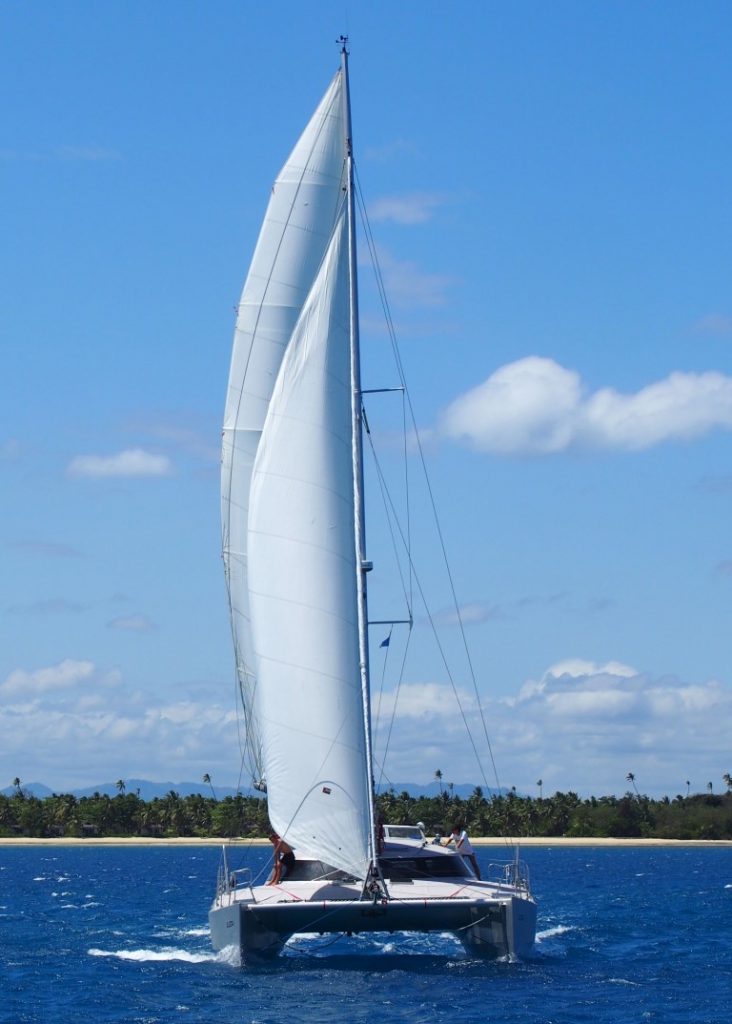 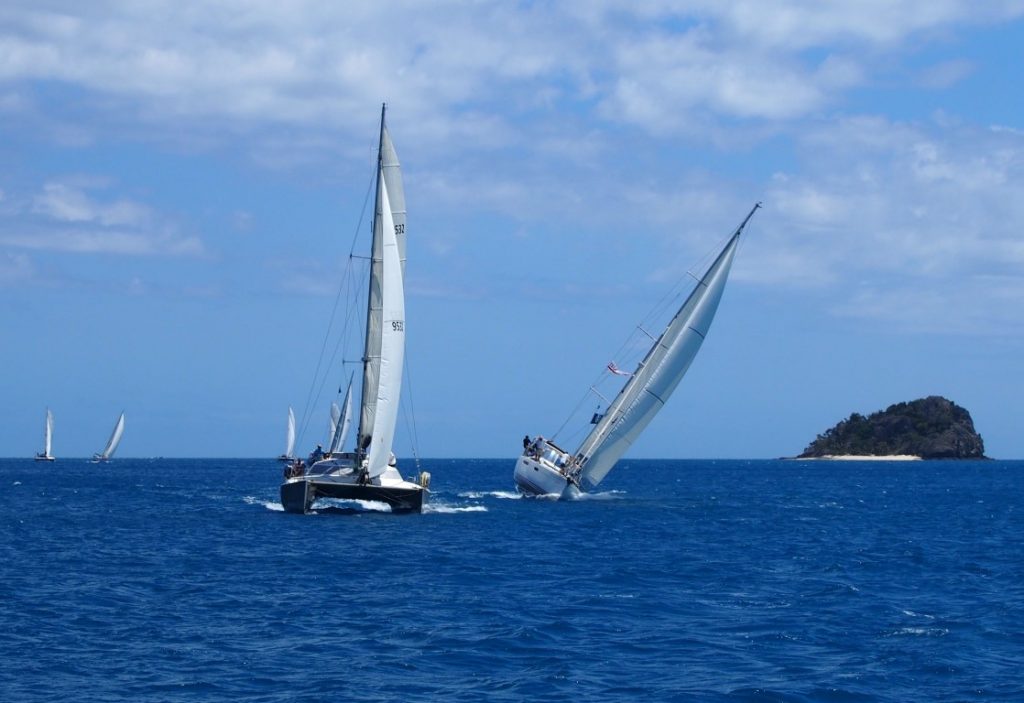 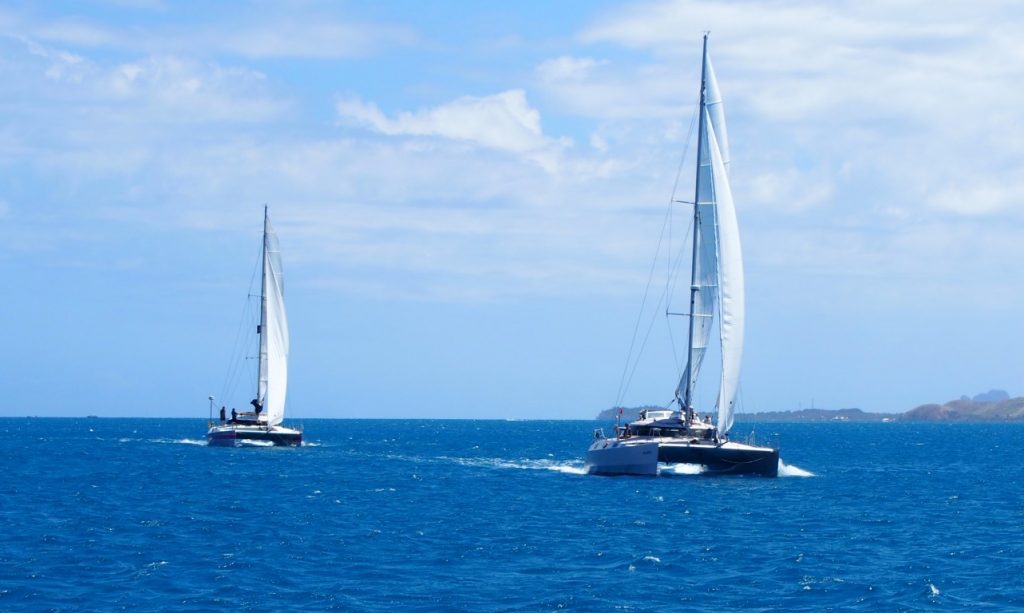 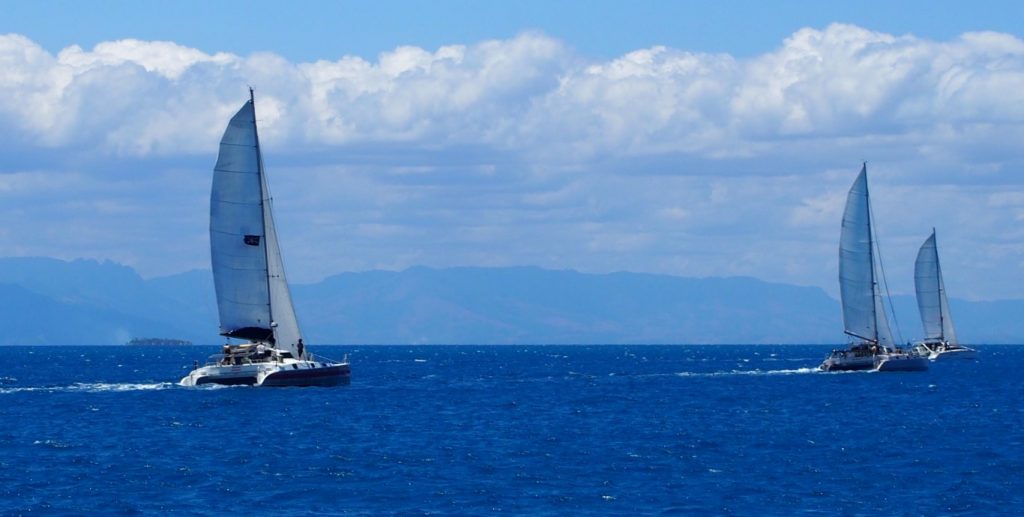 They were all taking it seriously, note none have their dinghies on the davits,  I suspect the water tanks where well below full, and Moon Fish and Twocan, had a full compliment of experienced crew.

Moon Fish was the first Mumby Cat across the finish line, followed by Twocan then Silverray and Logic was a DNS. 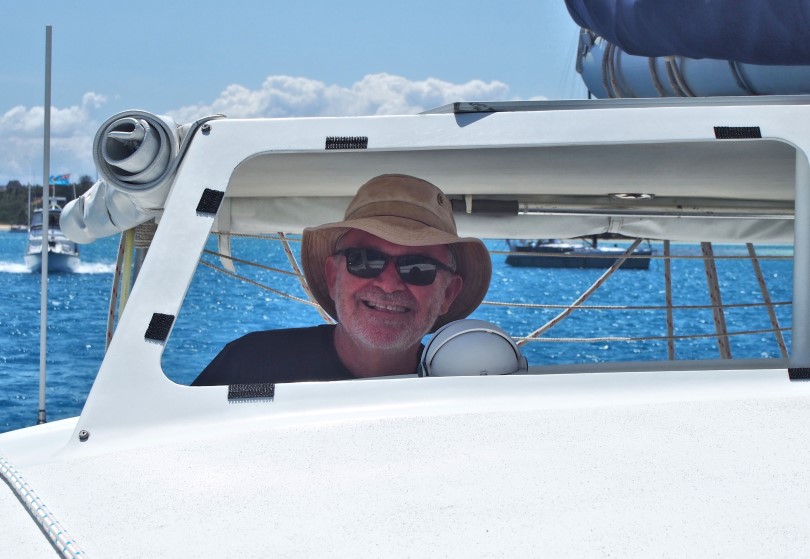 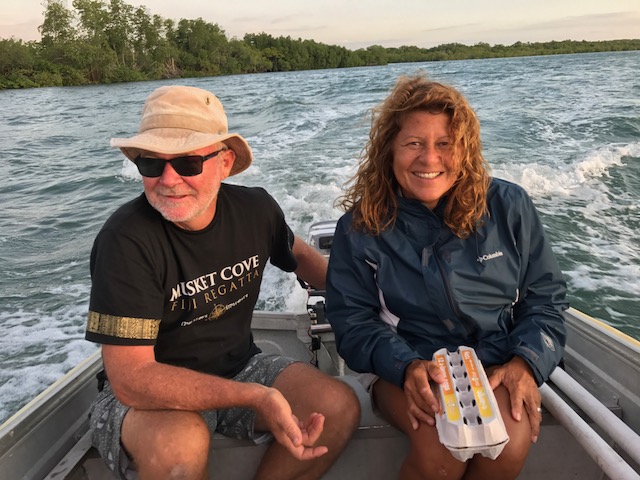