off to Fiji (fourth time lucky)

So far we have had to cancel  3 departure date over the last 16days.

Two when late cyclones suddenly appeared in what was looking like  ideal weather windows.

Two days ago, when I checked the weather forecast on the morning of departure, there was now an enormous low pressure system with forecast 70kt wind, waiting to ambush us 4 days into the passage.

So instead of departing, we now had time to celebrate my birthday with the cake, Kat and Jemma had made and a commiserative whisky.

We and 20 odd other boats have decided to depart today, with the current favorable southerly winds. By going slow until Tuesday, the low pressure system will pass above us on Wednesday. 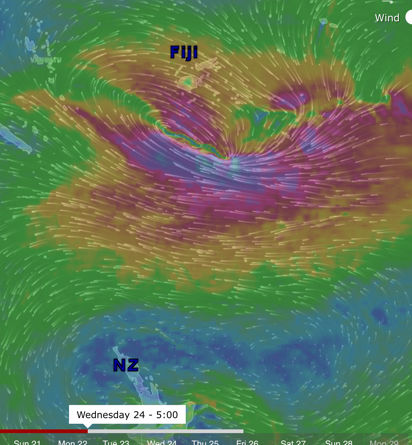 It is forecast to then rapidly move to the East. 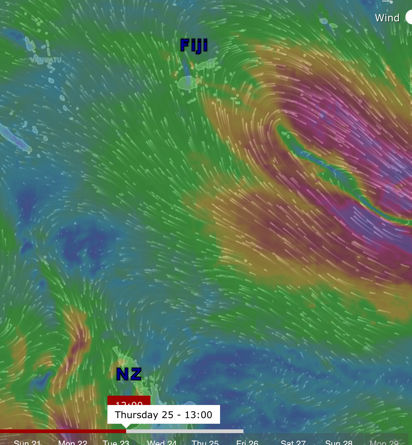 giving us a 20kt on the beam reach to Minerva reef.

with a big low pressure system like this one, I decided to go through the set up of the drogue with the crew and have it all rigged up and  ready to go. 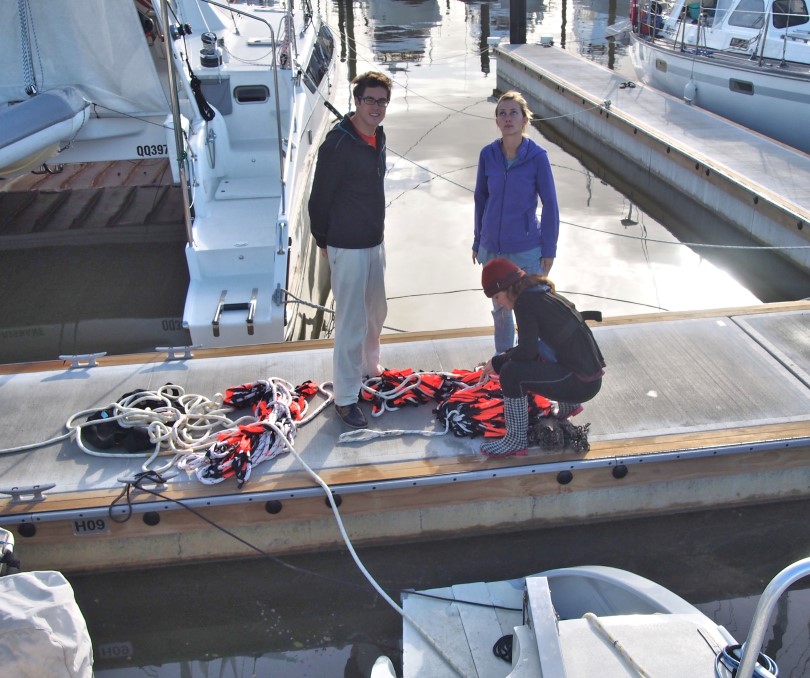 you can watch how we are going via the vessel tracker linked to the”our location” page above, and watch what that low is doing via www.windy.com (both of which will need zooming in for more detailed information)