The Pandemic has been a significant positive for me. Instead of cruising the South Pacific Islands, I have been able to watch my grandson Louis (Lou-ie) grow up. I sailed north from Brisbane in March, with 3, 5-day fly-in-fly-outs, staying with Kate, Jackson and LOUIS.  Flying down from Gladstone, Mackay and Townsville.

Queensland has been relatively successful with it’s Covid Zero strategy (the virus does not like, sunlight, warm weather and open-air living, all of which Queensland has in abundance). Luckily every Covid incursion into Queensland has been controlled by a week or two of lockdown, almost always limited to Brisbane. When I flew down from Townsville in late July, I had to leave a day earlier, too avoid the lockdown announced that morning, for later that day.  Since that lockdown, there have been regular Covid incursion in Brisbane, none of which needed a lockdown to control.

There had been no active cases of Covid in Brisbane for a week, so I decided I should make the most of this window to get a Louis “fix”, now that he was walking.

So, for the second time I left Logic in the Marina in Cairns (the first time, 2 weeks before, had an active Covid incursion in Brisbane, announced a few days before I was planning to fly down). 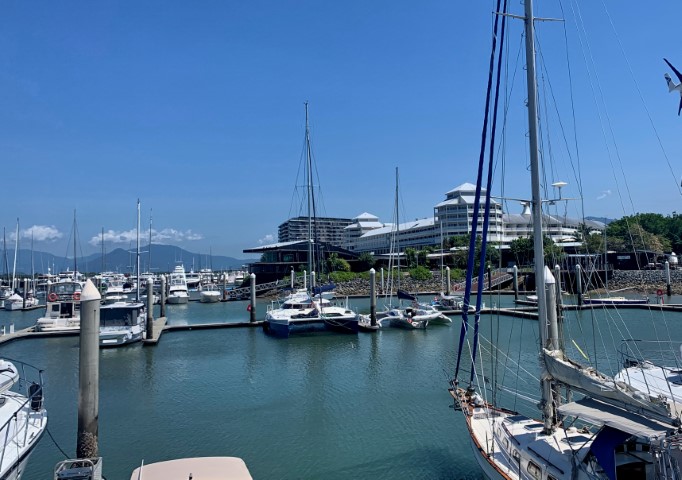 The first day there, I took Kate and Louis to lunch 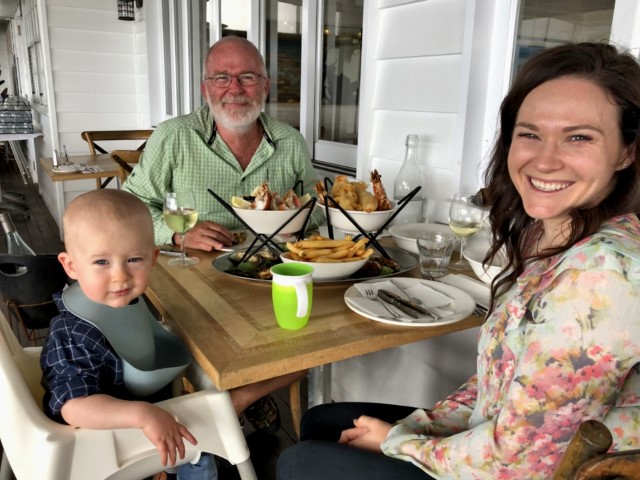 Louis got to eat his first prawn 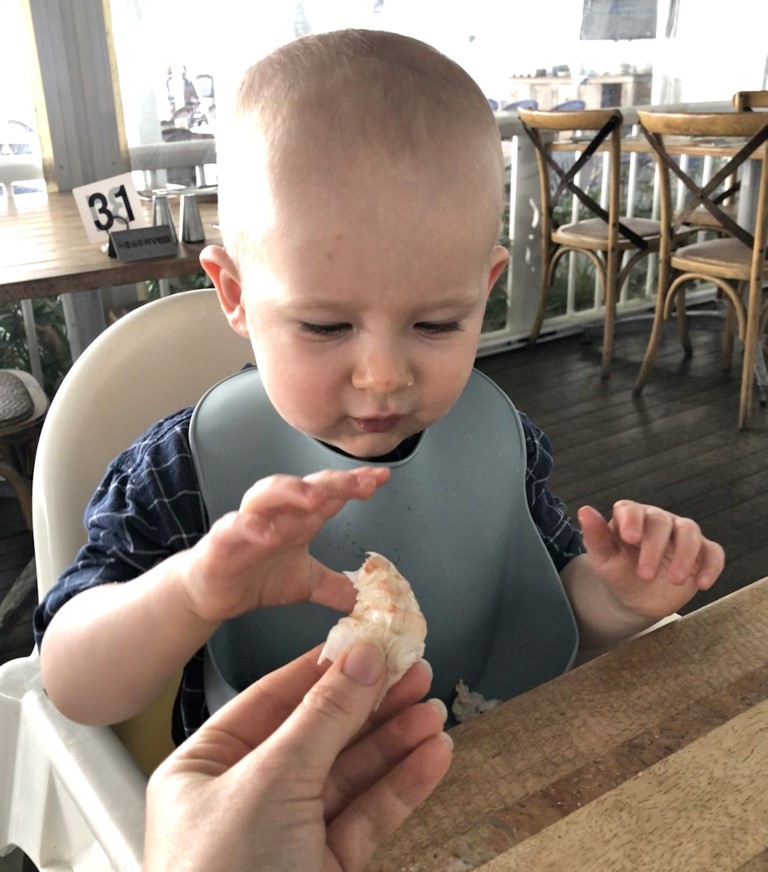 then off for a play in the playground 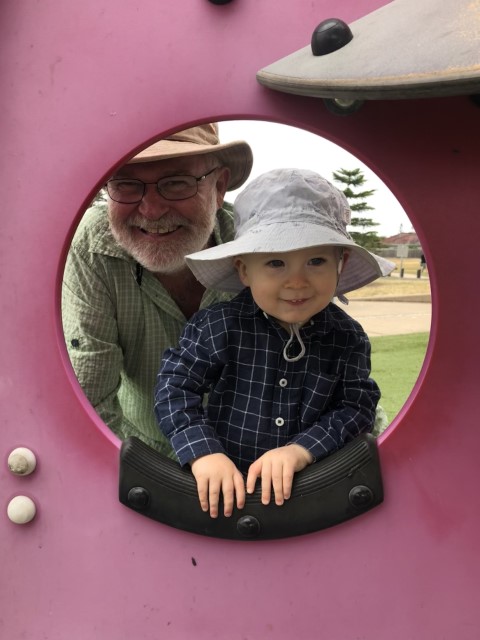 he may be walking, but his vocabulary is limited to 4 words, and some very expressive grunts accompanied by a pointed finger 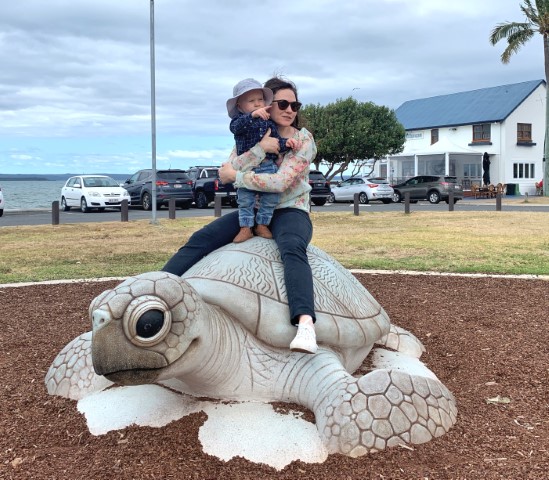 having me staying, allows Kate to go the early morning gym class, while I got the morning Louis wake-up 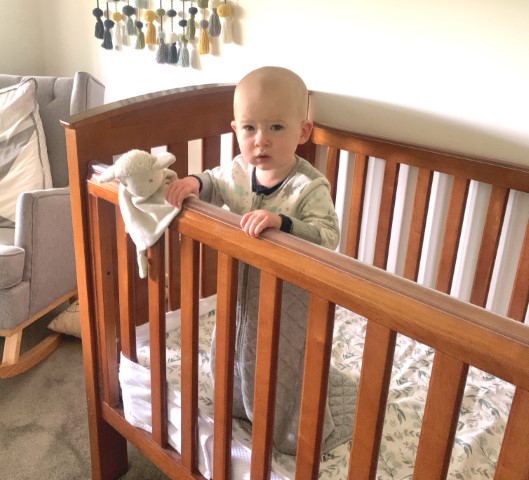 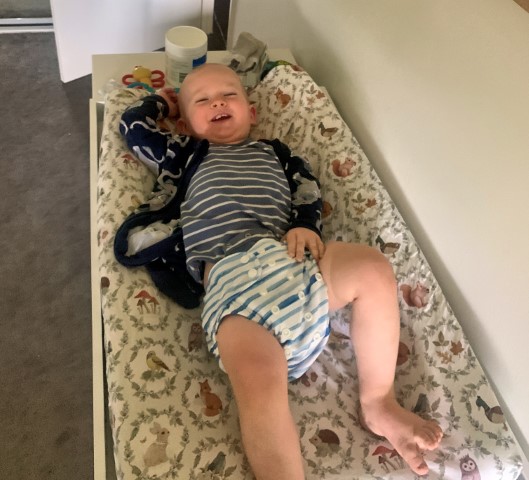 “pick me up Grandad“

I got to go along for his weekly swimming lesson 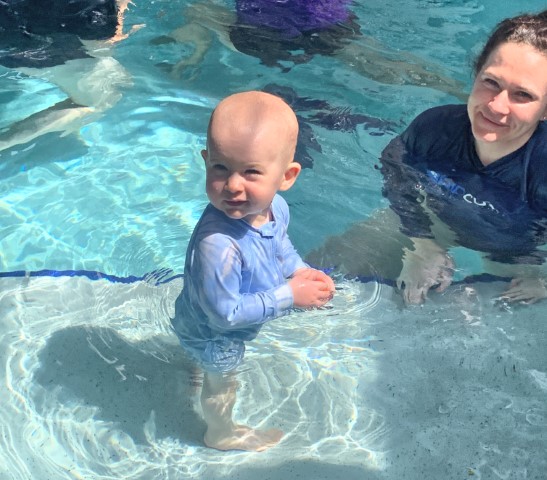 My parents dropped over for lunch 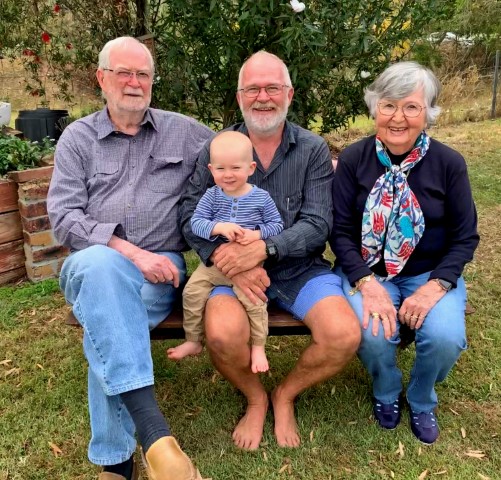 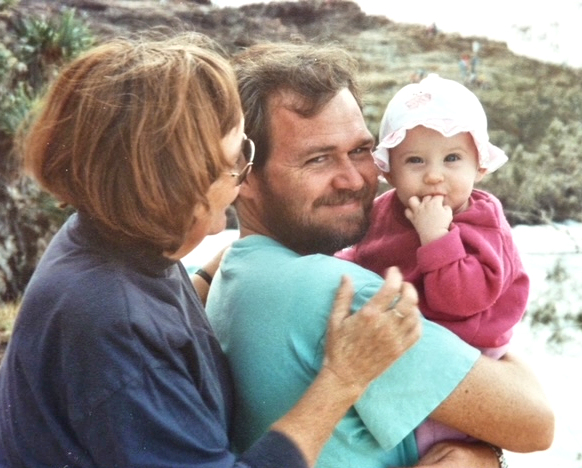 they are reliving their memories of me at the same age 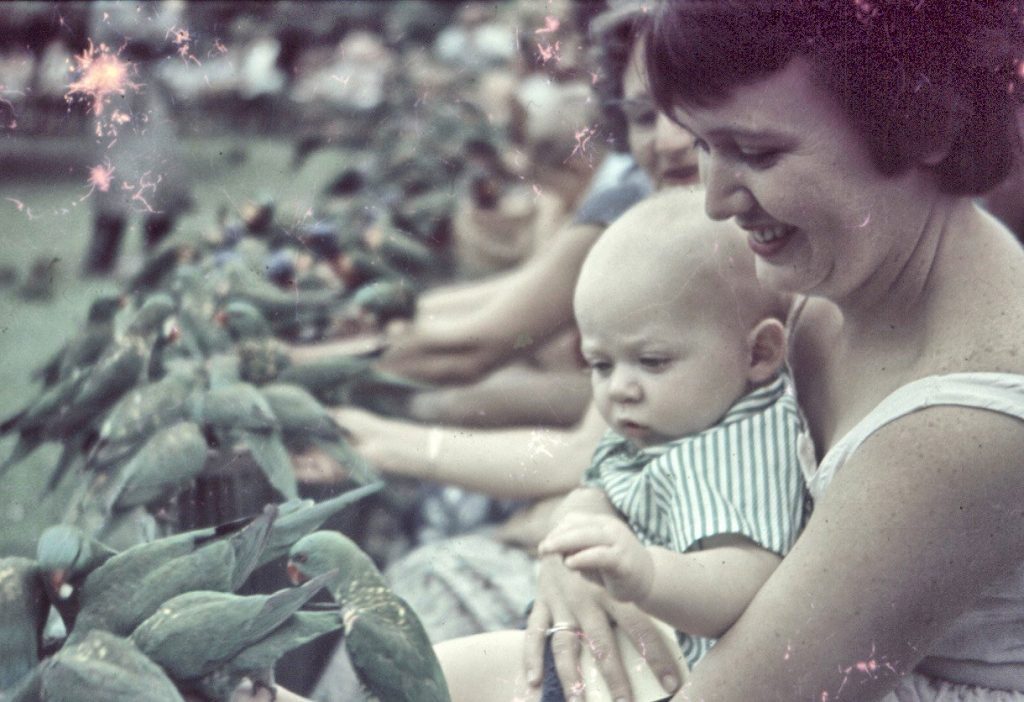 Louis is growing up with Prim and Winston 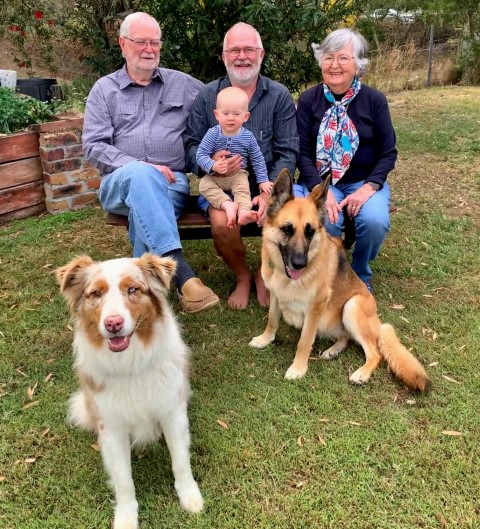 I grew up with Buster 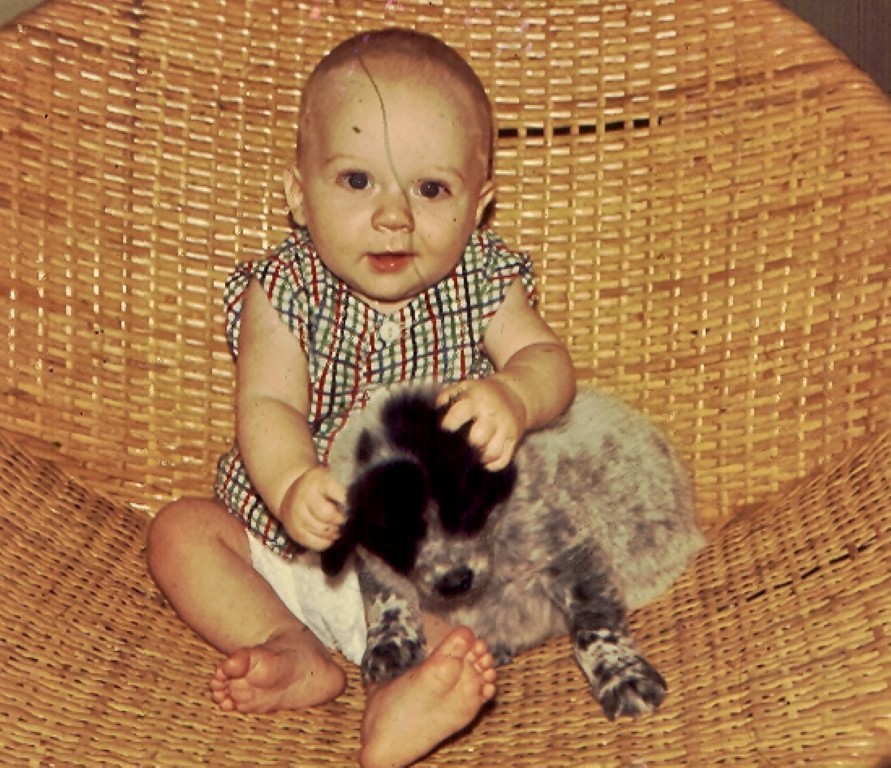 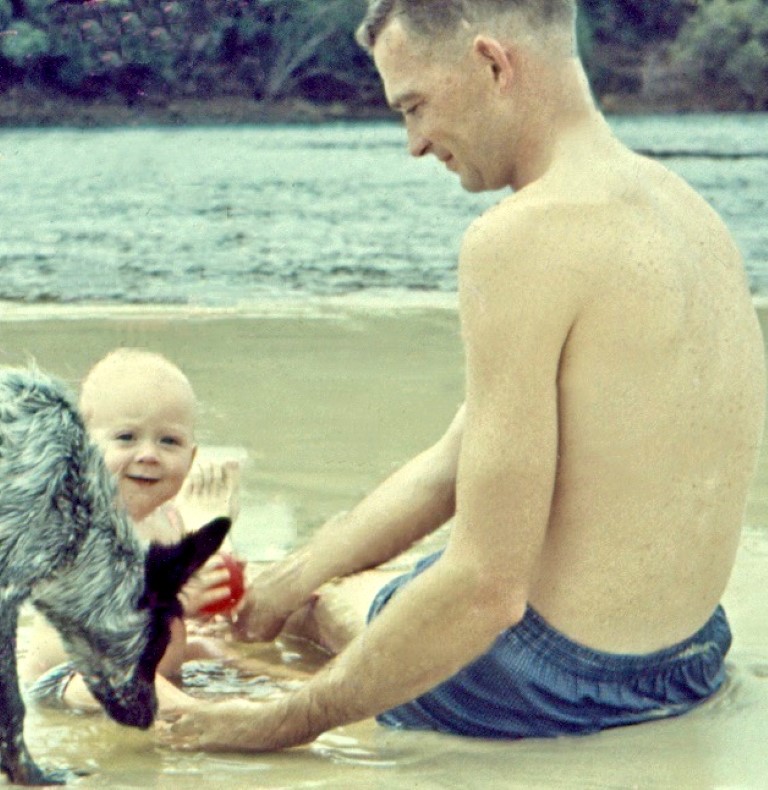 In the same way that I enjoyed developing my walking, exploring the garden

Louis is off whenever he gets the chance 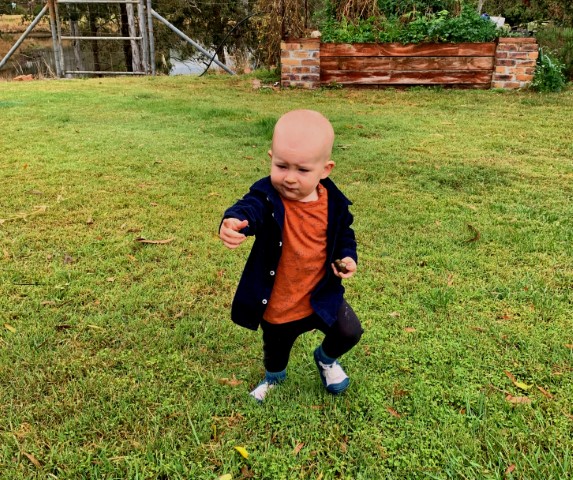 checking out the veggie patch for ripe mini Roma tomatoes 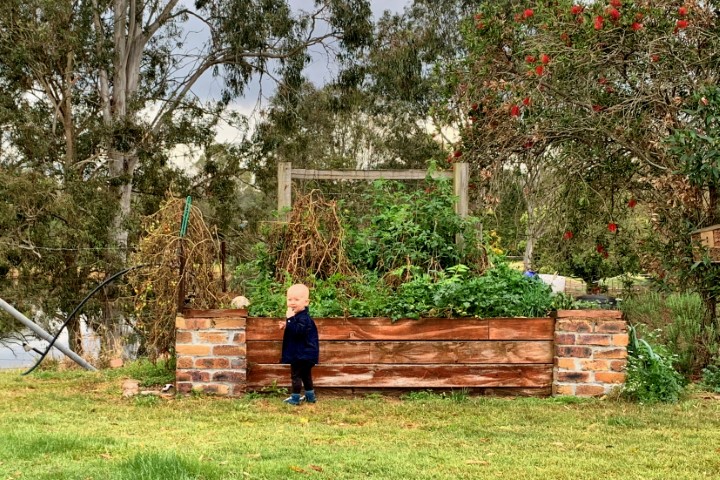 The moment he sees his red car he is in 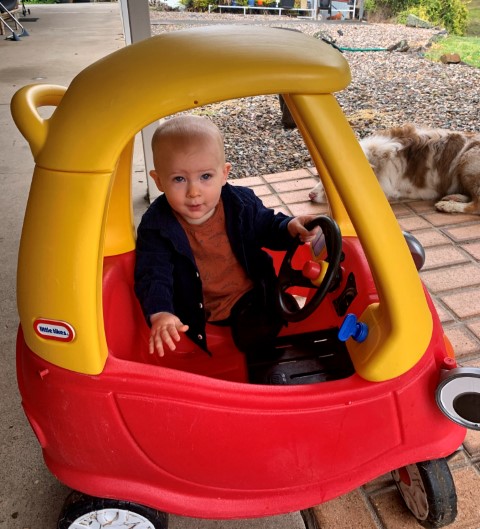 Just like his mother did, he smiles in a way that has me pushing him around 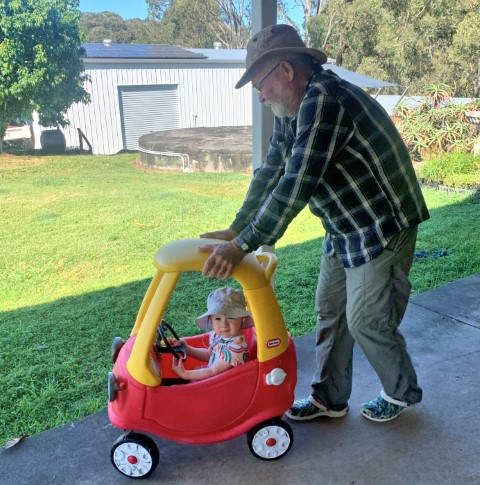 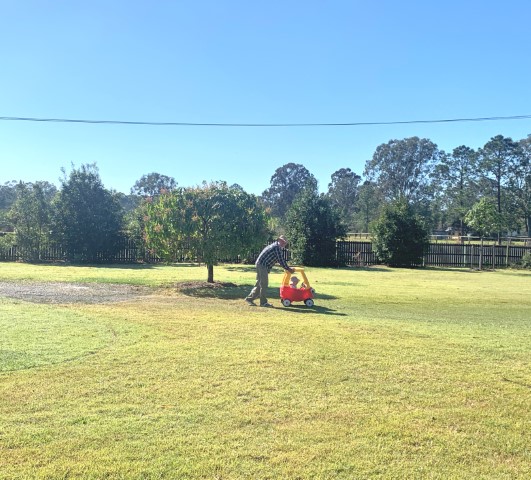 He and I share a love of eating bananas. When I was a little older, on a family road-trip through the banana plantation in Northern NSW, I made my first career choose, to be a banana farmer. Rather cutely with my baby poor enunciation, it came out as “nanalekta“. The name given to a 16ft trailersailer, we would go on family adventure in 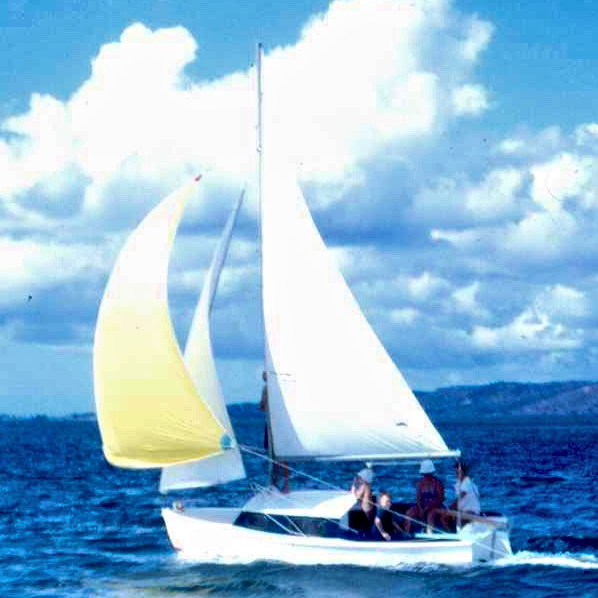 It has been rather lovely getting my 5 day Louis fixes every 5-7wks, I get to see the major changes, while it is gradual for his day to day contacts. The last fix he was crawling, the one before he was  swimming on the carpet. 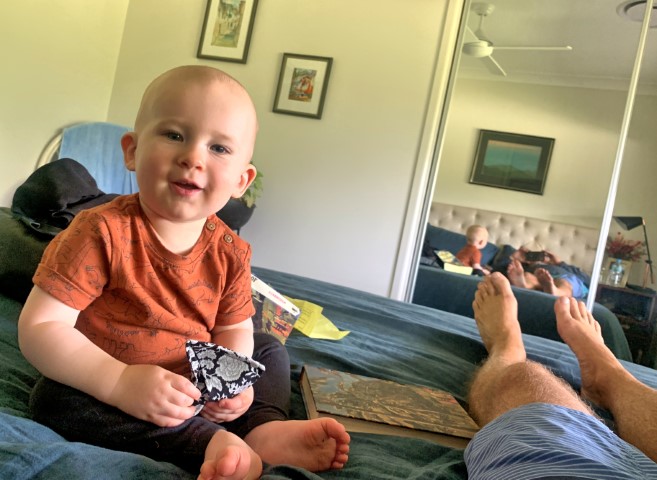 He is a lovely boy, who is giving so much joy to those in his life, in the same way as my brother  and did 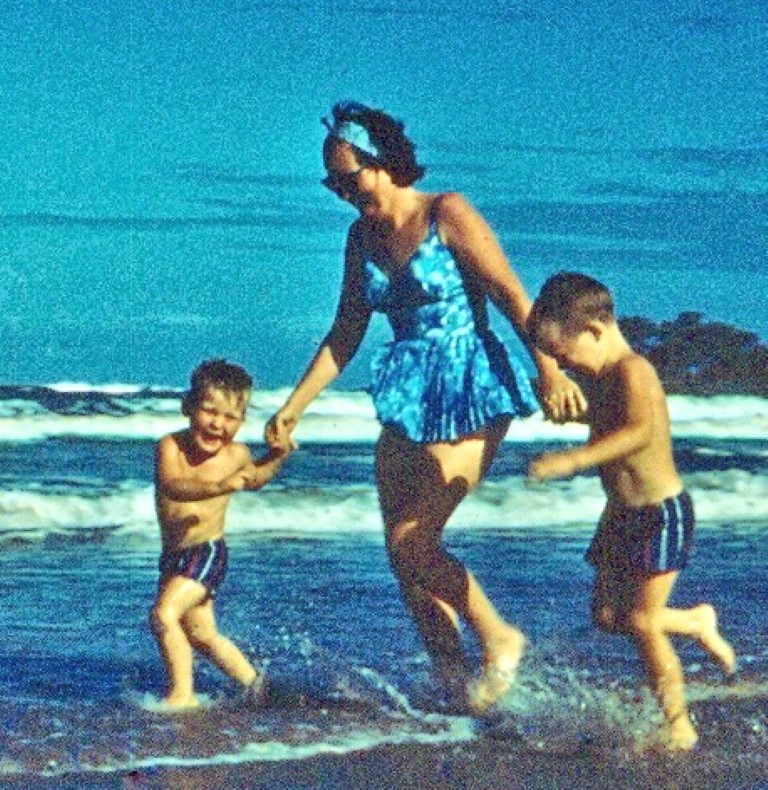 (me on the right)

I’m back on Logic.

It is surreal up here, it feel like I have gone back in time, to a time of no face masks and zero Covid restrictions.

I’m  spending October cruising up to Lizard Island and then back to Cairns, to start the sail back to Brisbane in early November