After successfully hiding out from the 35kt headwind front, it was time to leave our mooring in Lord Howe Island’s lagoon (LHI). 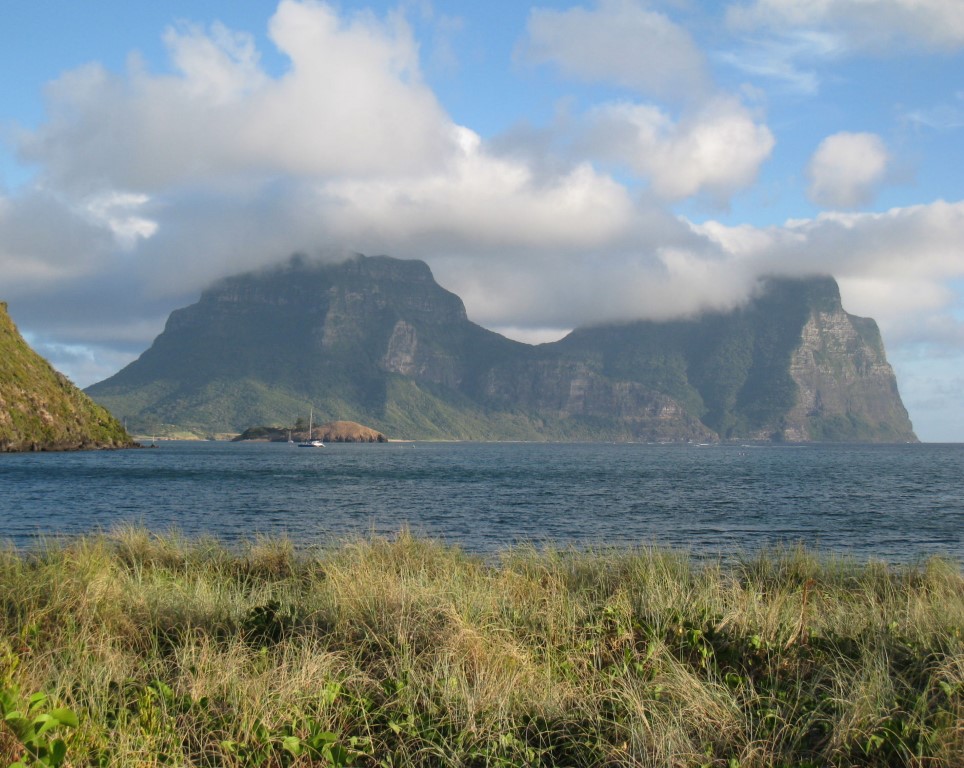 The weather forecast was light winds (motoring) for the first 36hrs then the forecast was 20kts from the beam for 4 days.

My initial feeling was to wait for the wind and put off our departure for another day. Kevin successfully made the case that we should leave the next morning, to make sure we arrived before the next front came across (he ended up being 100% correct).

We left the next morning at first light 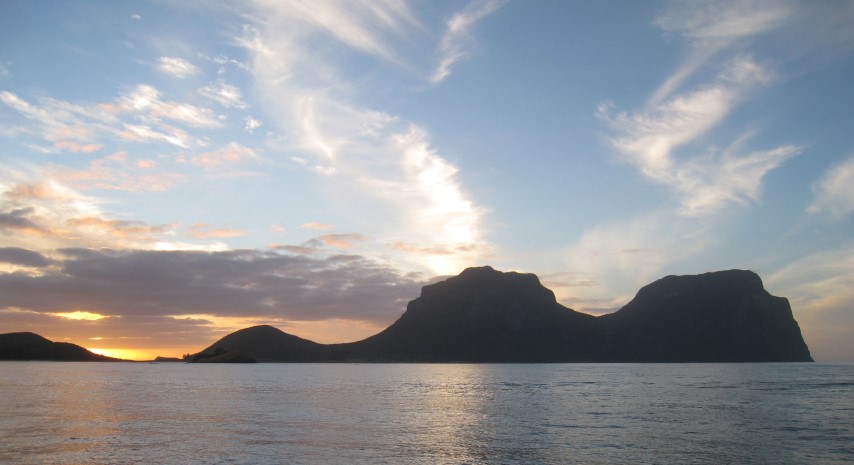 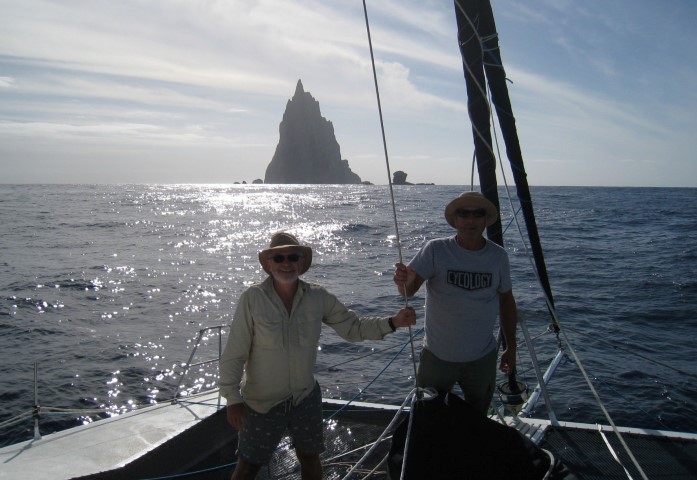 The seas were a lot less than I had expected, after a 35kts gale or a few days.

There was a knot of current going our way, allowing us to get a speed over the ground of close to 7kts. 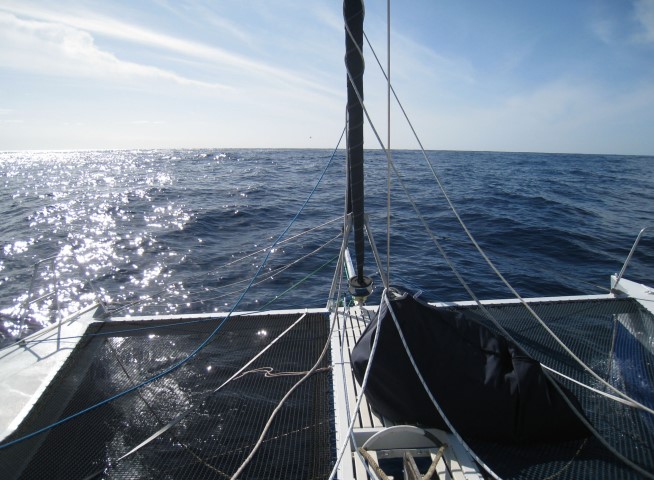 At which time Kevin prepared us a health breakfast. 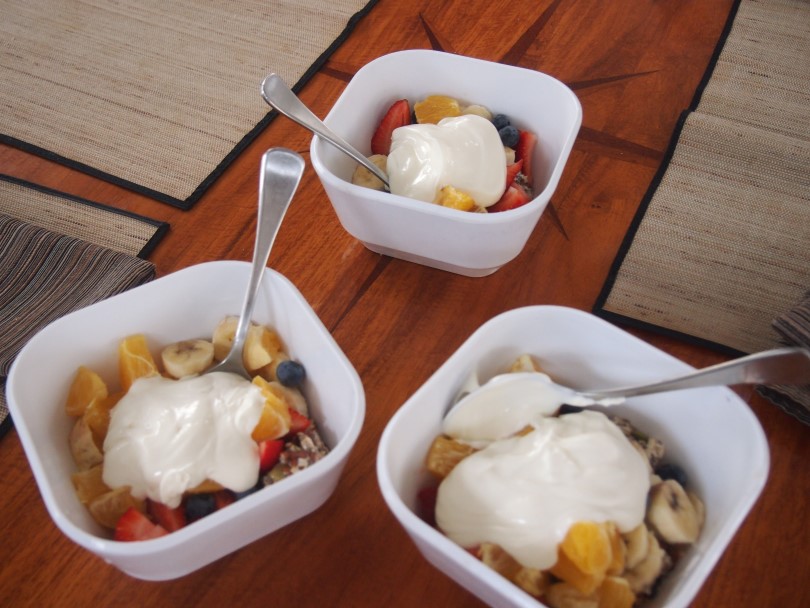 I made bread/focaccia, which got a thumbs up from the boys 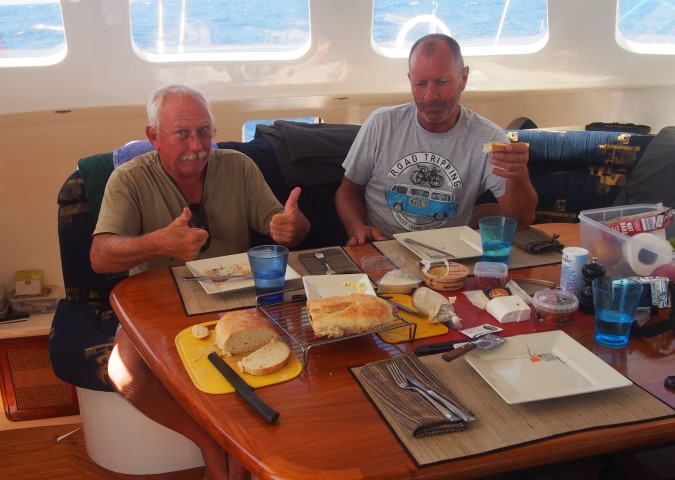 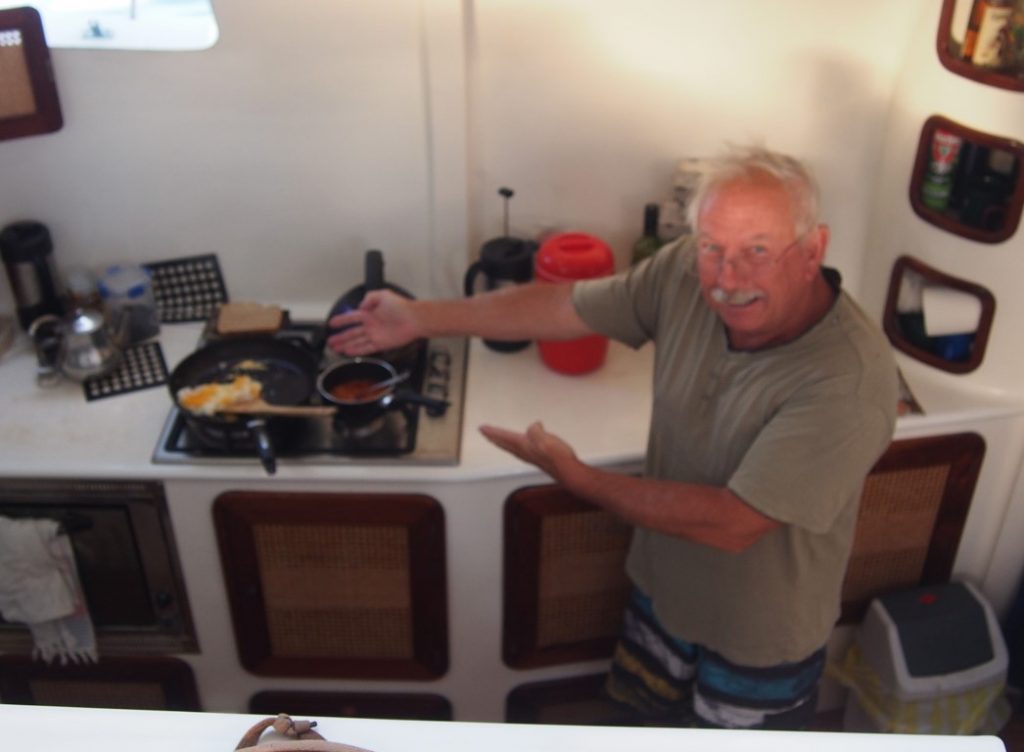 In this benign weather we could have a sundowner’s glass of red and canapé. 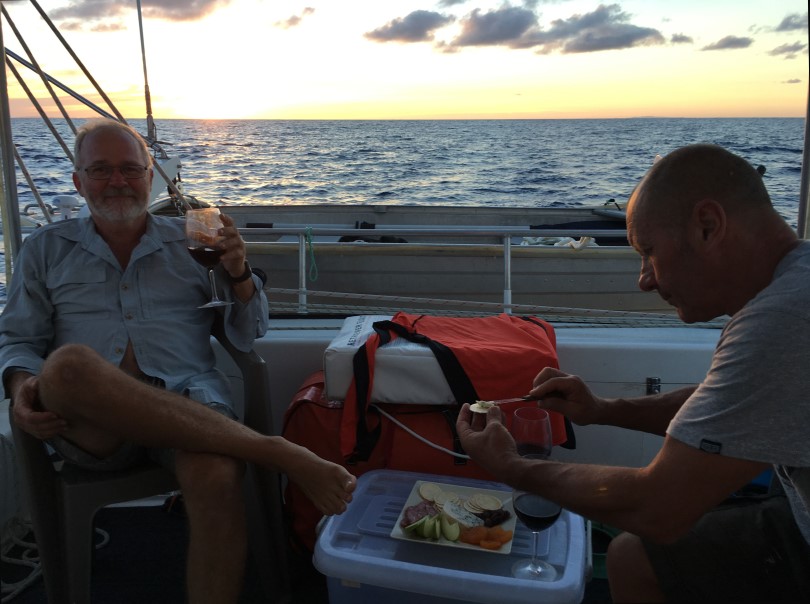 Andre on the morning watches, turned into a sunrise photo expert, there are his two best (in my opinion) 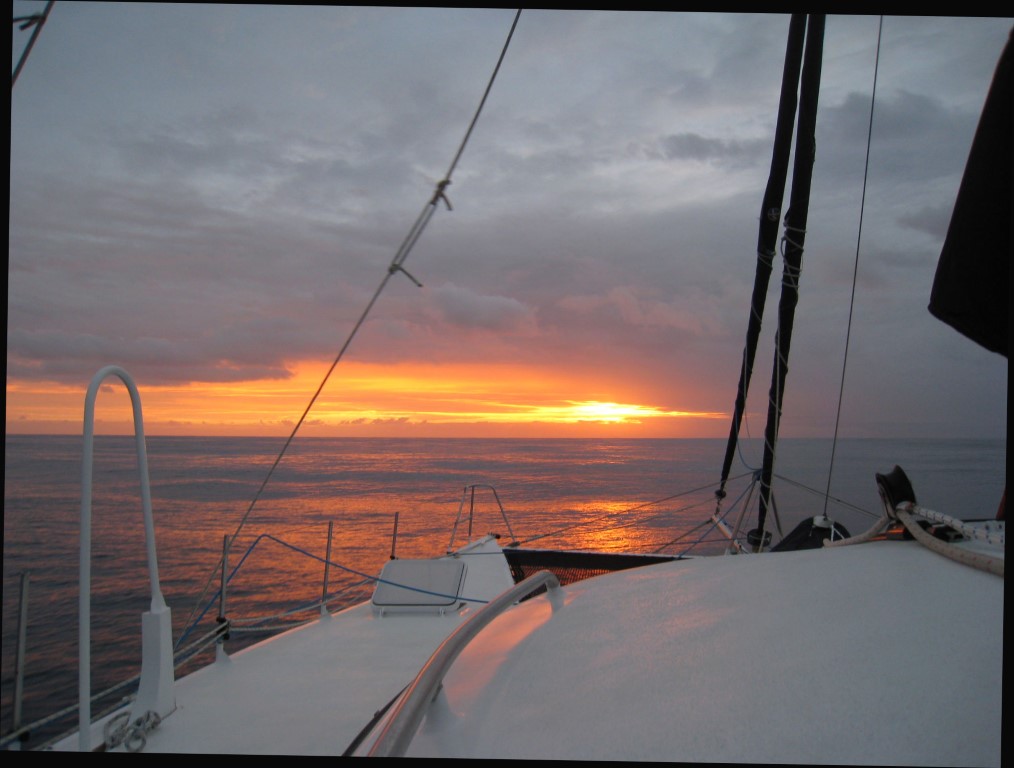 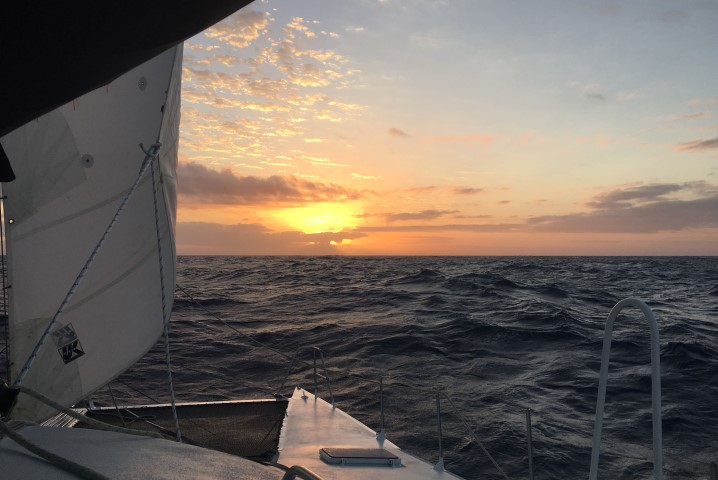 The sunsets weren’t bad either 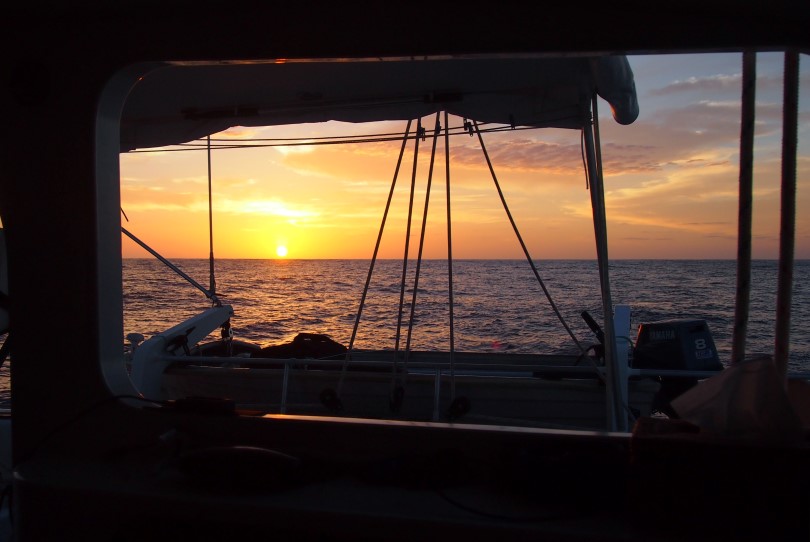 We were lit at night by a full moon, which rose well before sunset and battled the clouds throughout the night. 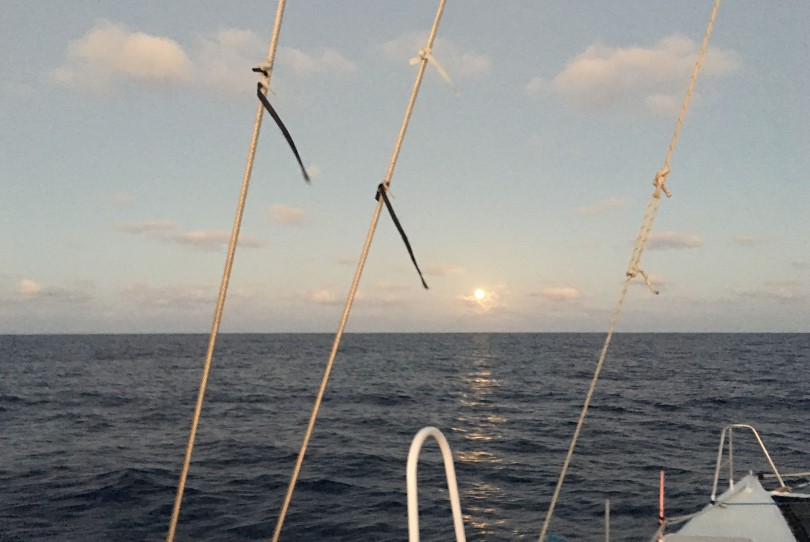 Then as forecast after 38hrs of motoring the wind arrived, the sails could be hoisted and the motor turned off. 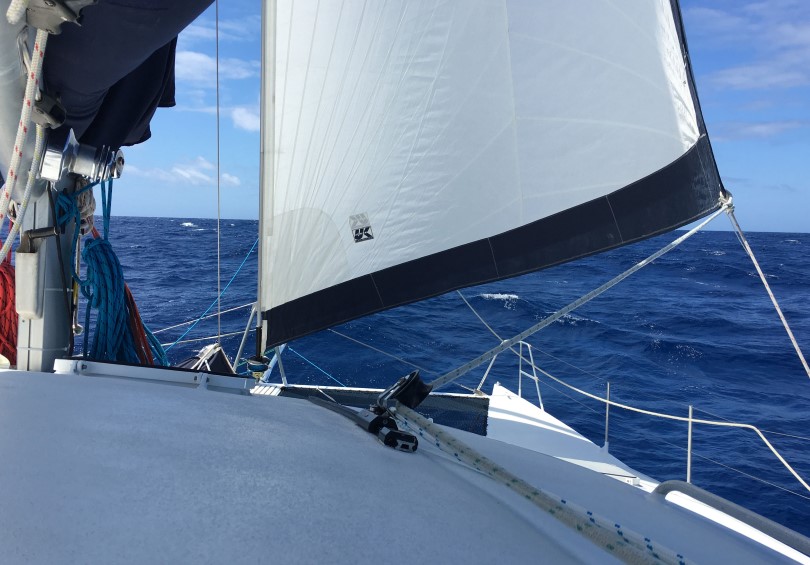 The wind kept of building, resulting in numerous reefs in and out of the main and swaps between the genoa and the staysail. Allowing us to average 200mile days for 500miles. 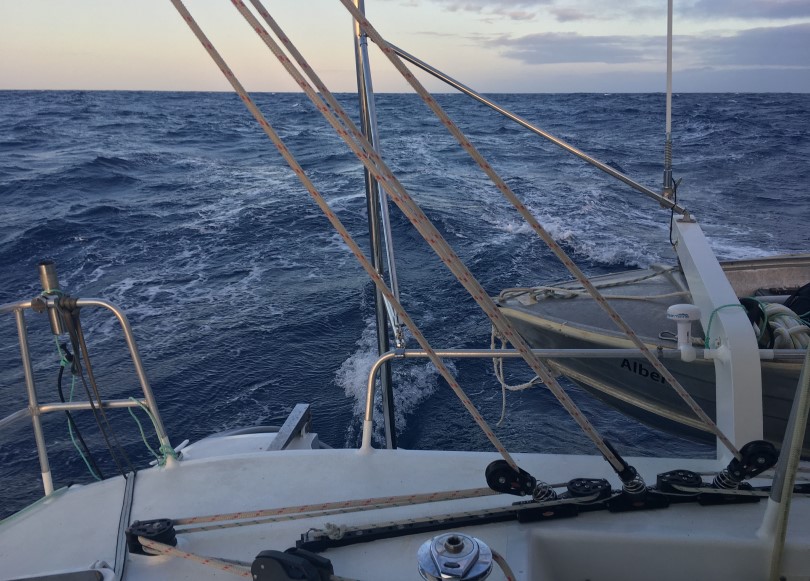 Then exactly 4 days after leaving LHI, the sun rose and there was New Zealand’s North Cape 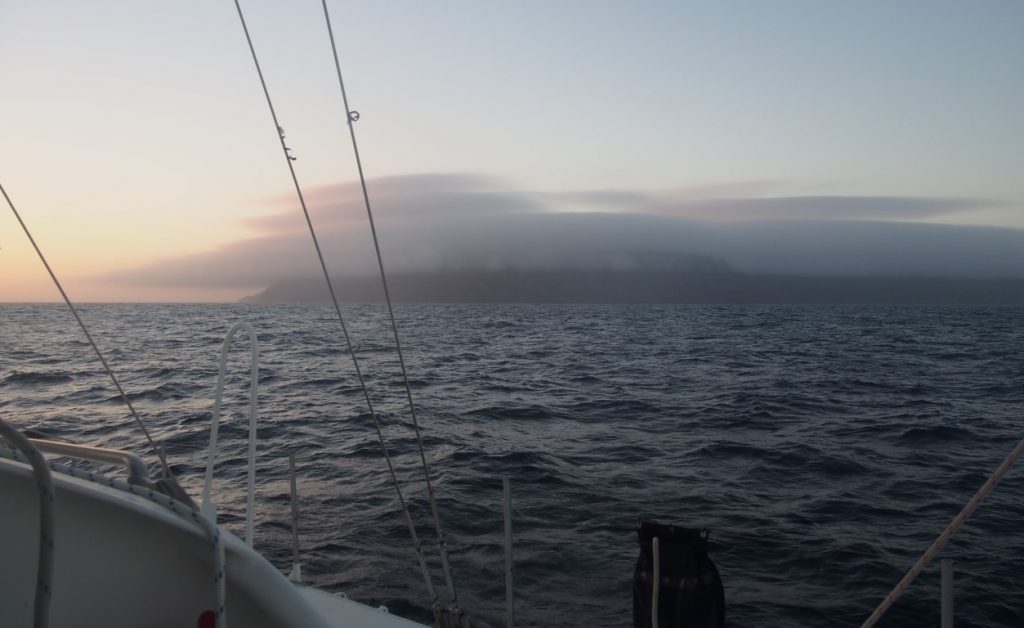 After catching this (very yummy) Marlin off Noosa last November, I got the fishing bug, resulting in a plethora of trolling lures on board. 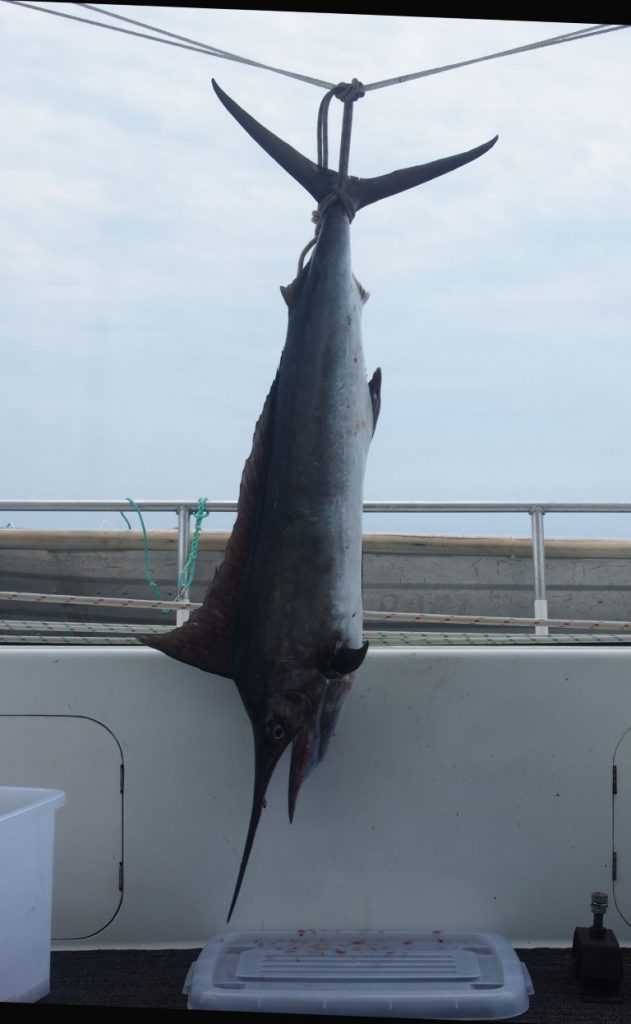 All we had to show for dragging 4 lures behind the boat for 7 days, was 2 salmon looking fish, caught as we made our way down the NZ east coast to Opua, the closest customs clearance port. 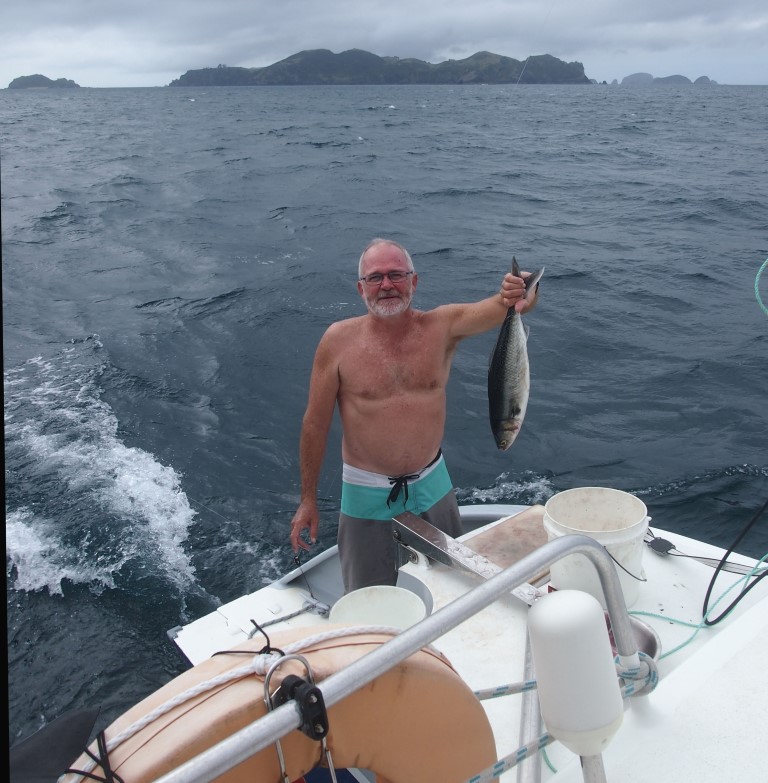 I excitedly put up the yellow Q (quarantine) flag for the first time (thanks Sara). This tells other boats that we have not officially entered the country and are heading to the nearest customs port for clearance. 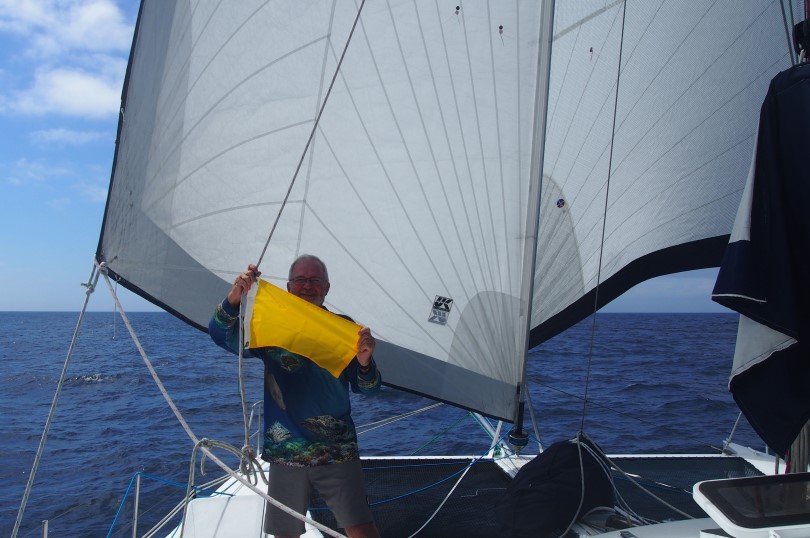 And I proudly put our Australian flag up 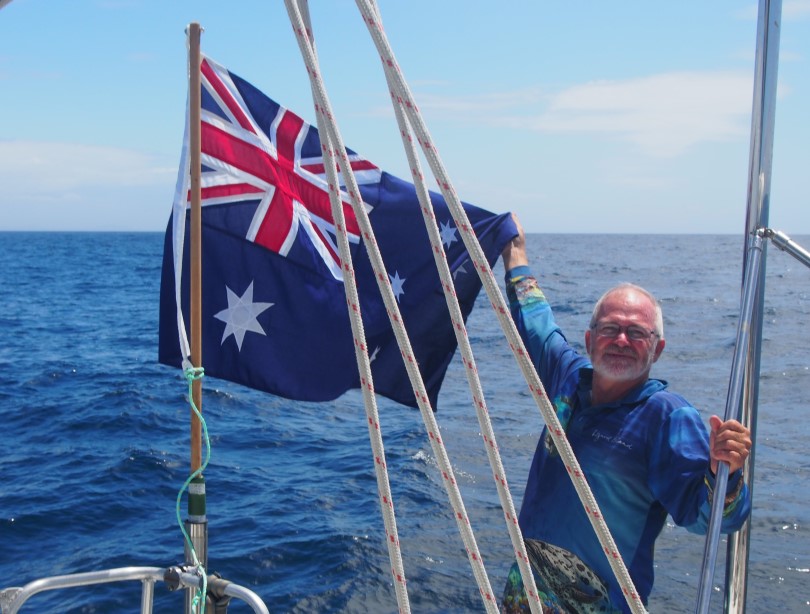 4days and 10hrs after leaving LHI, we tied up at the quarantine wharf in Opua harbour 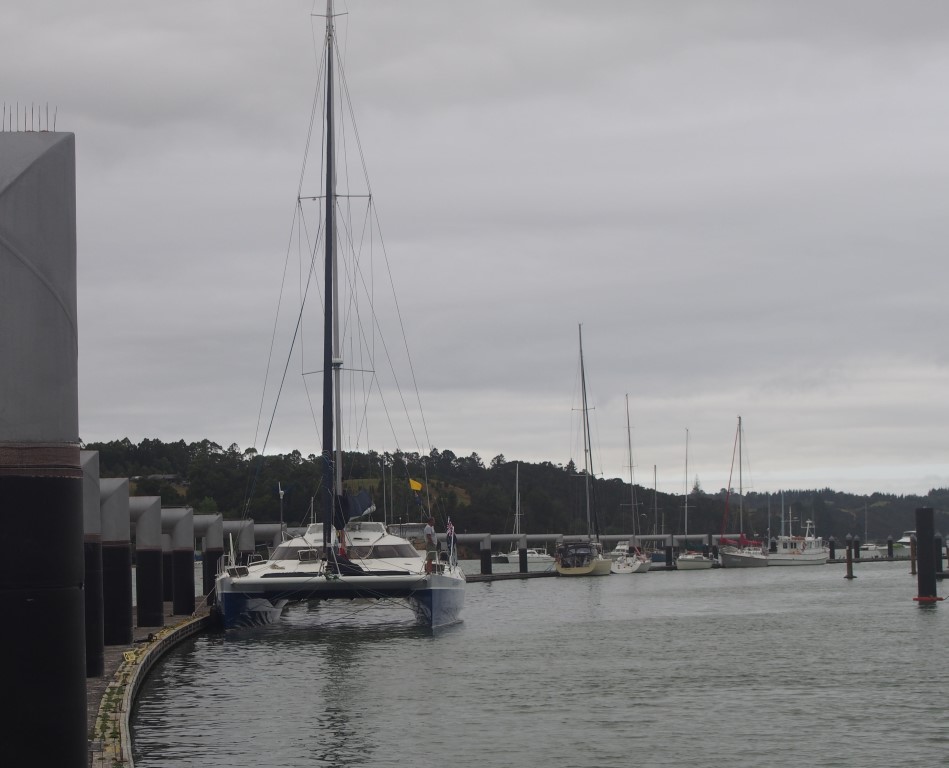 As you can see in the latter photos the lovey sunny days we had been having were replaced by dull overcast ones. After clearing customs and pulling into a marina mooring the heaven’s opened. (Thanks Kevin for arguing so strongly that we needed to motor for that day at the start. Lesson learnt). 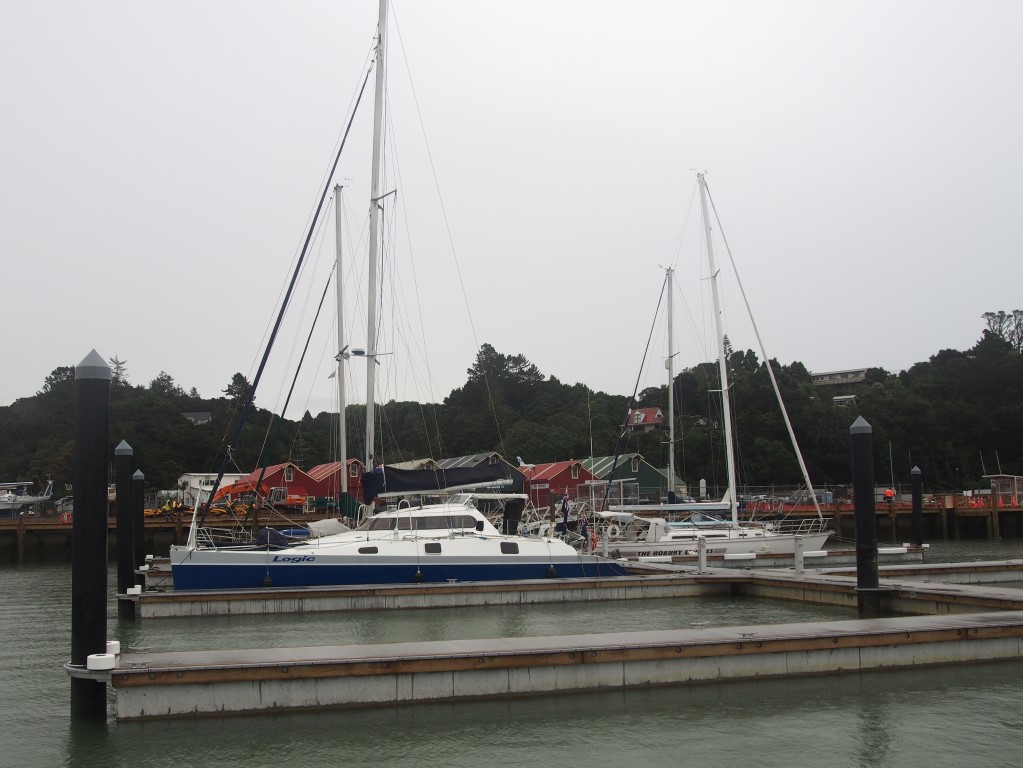 Hopefully all my future blue water crossing go as smoothly

Kevin and Andre have flown back to Oz, and I am having a week of R&R in Opua, waiting for my activities in NZ for the next 10 weeks to fall into place. Plenty of options, too many in fact.