Sailing Logic / June 18, 2019
One of the major reasons I fast-tracked getting to Vanuatu in May, was to watch the Land Diving on Pentecost Island, which is only done on Saturdays in May and June.
Today I got to see it live. It was exactly the same as seeing a musician live, as opposed to watching them on MTV. 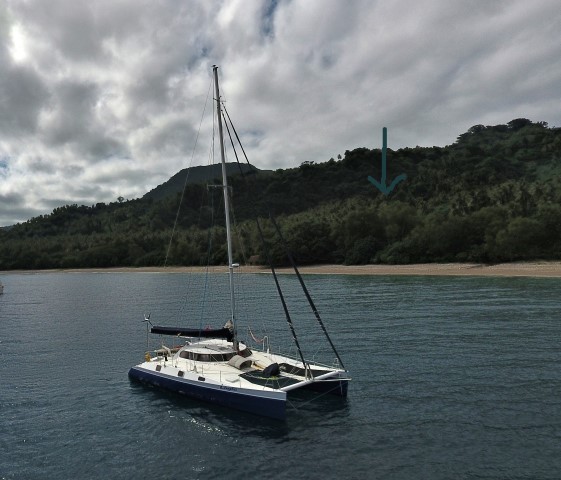 Just sticking through the tree ashore , the Land Diving tower was visible 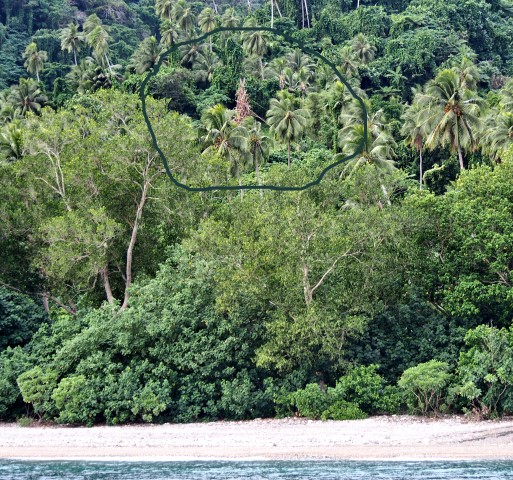 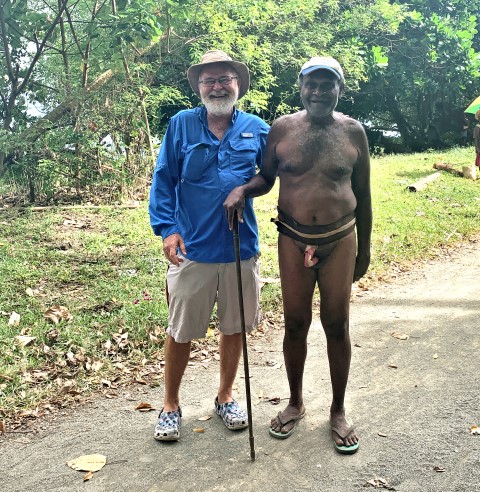 and lead a group of us, to were the villagers had built this year’s Land Diving tower 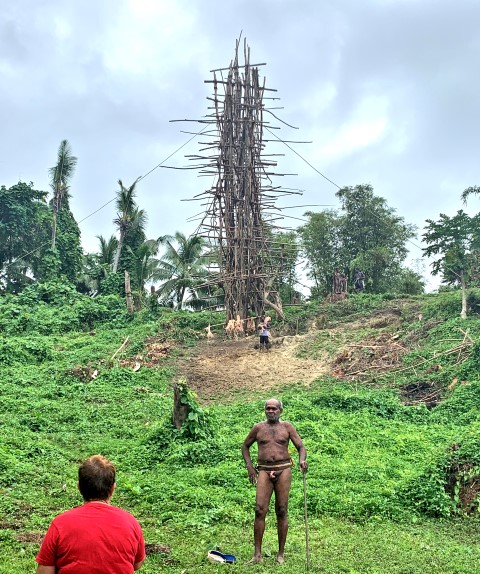 The tower itself was an impressive structure, built around an existing tree, on the top of a steep slope of soft soil 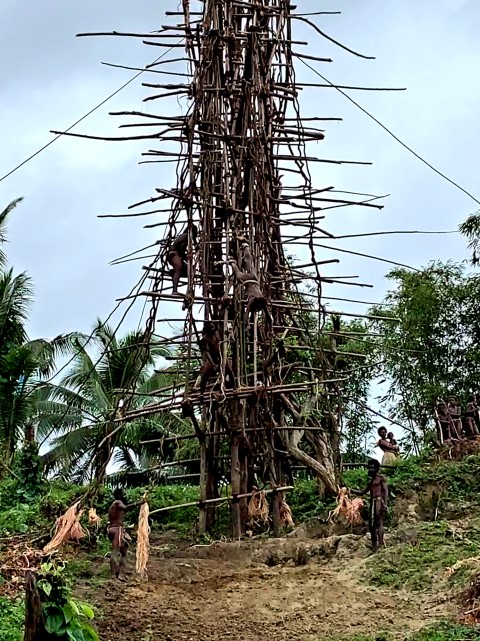 The program was 8 dives, starting off with the lower platforms, for the boys, then as the higher platforms were used the divers got progressively older.

All the platforms has the vines that the diver had tied to their ankles, already set up 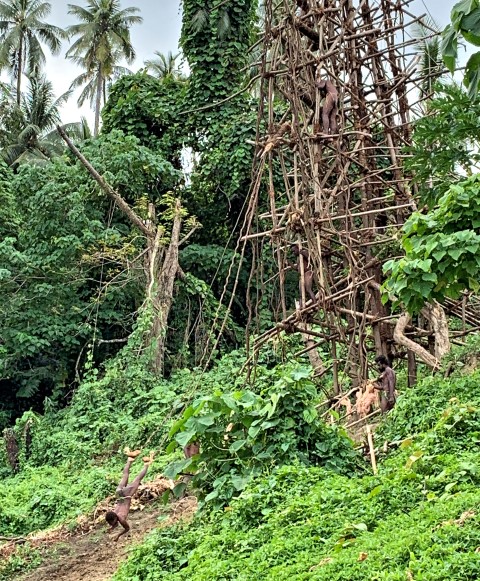 as the diver stood on the platform, getting his courage together to jump 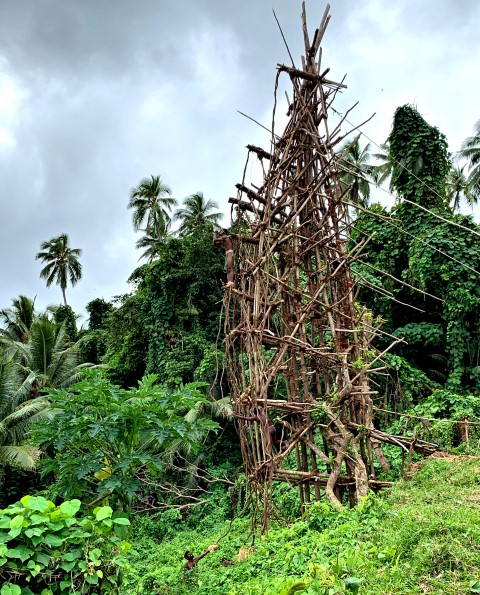 the  rest of the villagers, who were dancing and singing on the flat land behind the top of the tower, would change there singing to build up the atmosphere to help him overcome any trepidations, he might have 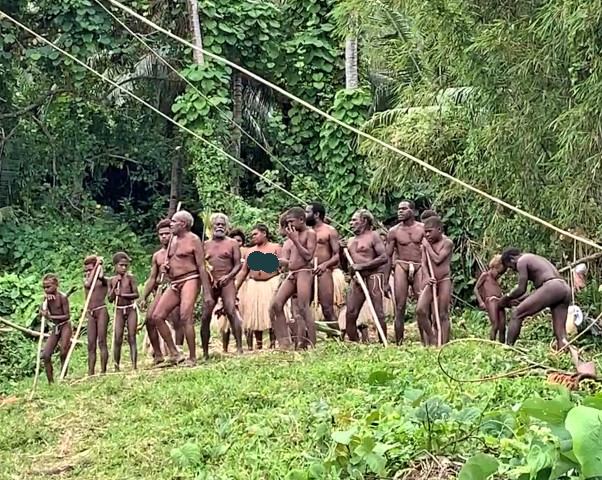 then he would jump, far out, away from the tower 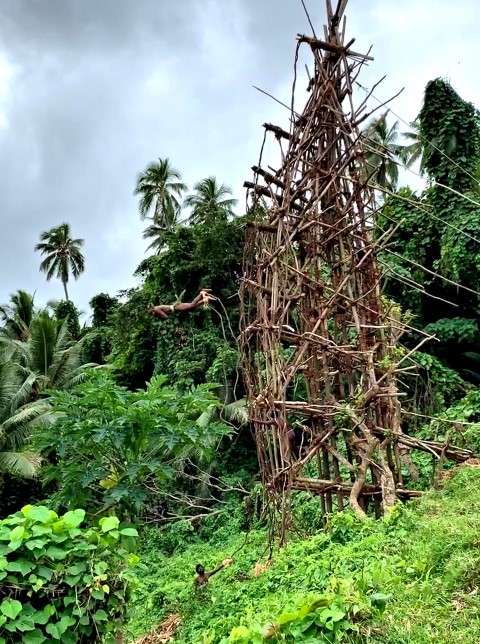 it was very impressive to watch, as this sequence of photo shows 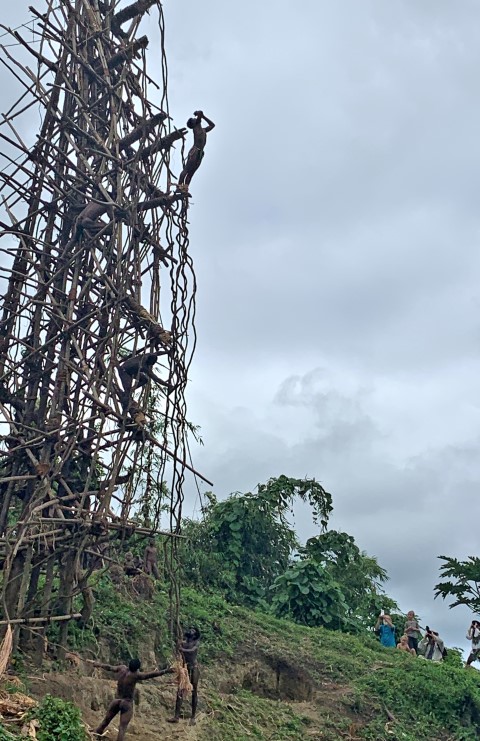 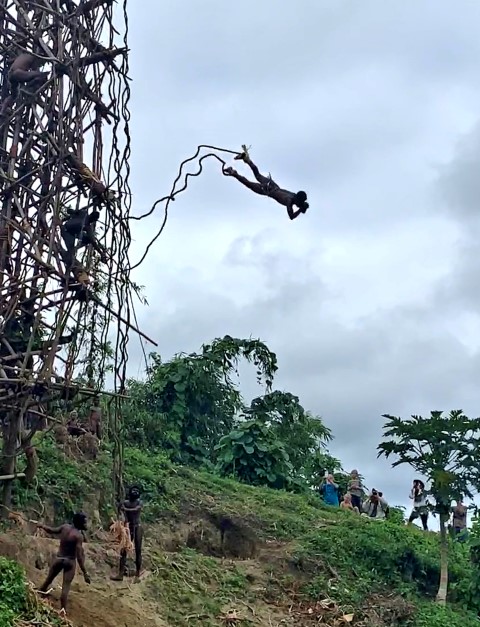 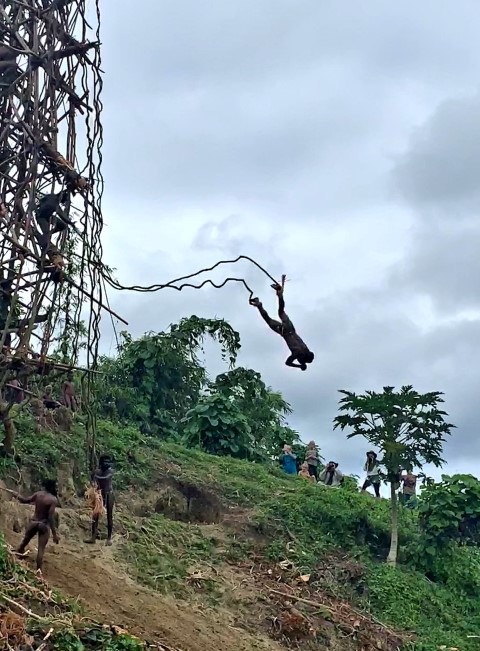 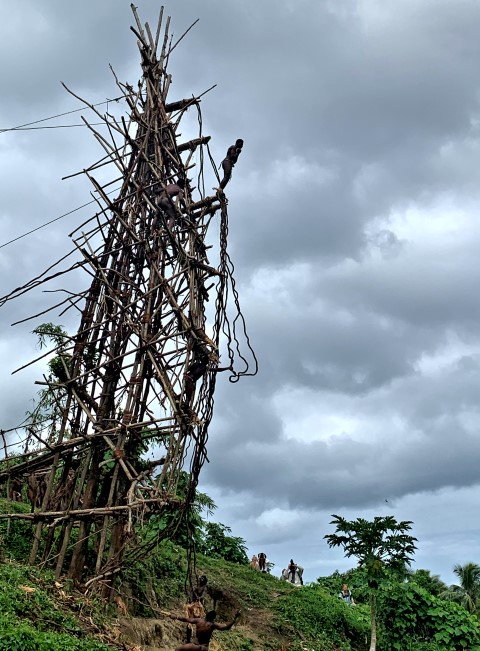 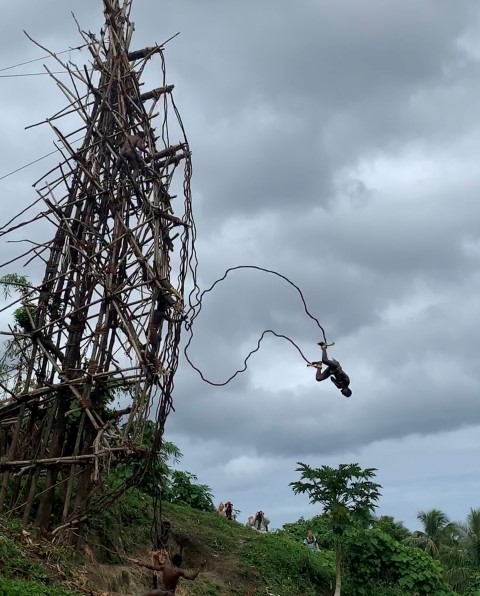 and then then the finally, was from the top platform 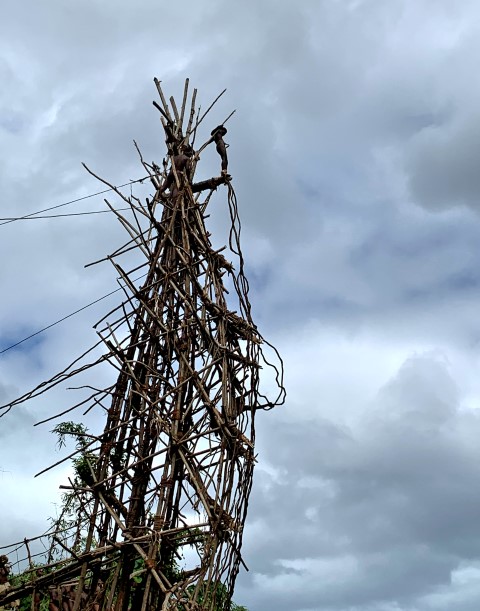 by which time I had shifted for still photography to movie

The tower was impressive, made with traditional building materials, all held together with vines and stringy bark 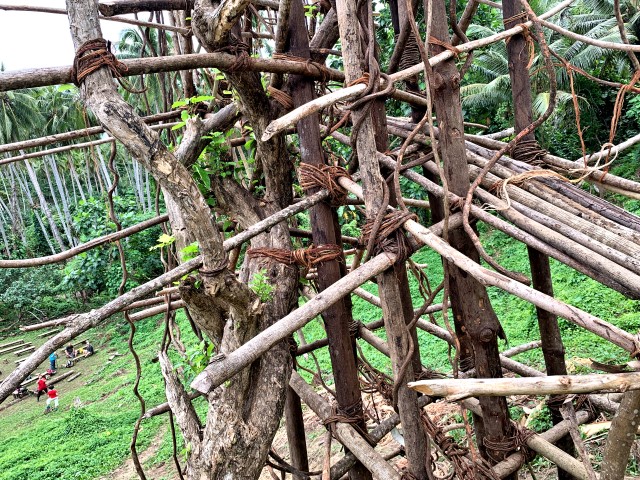 I got in some practise flying the drone around it afterwards 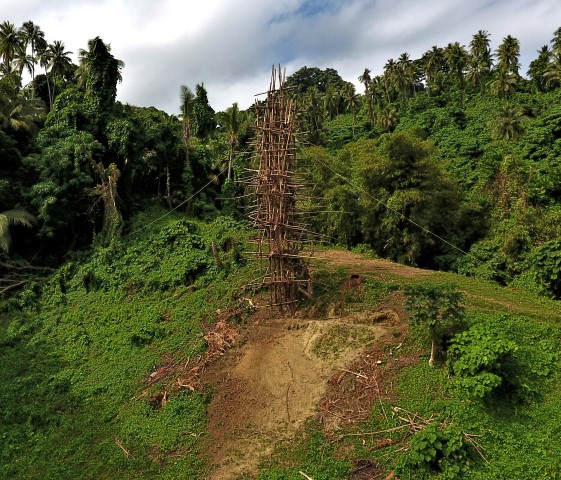 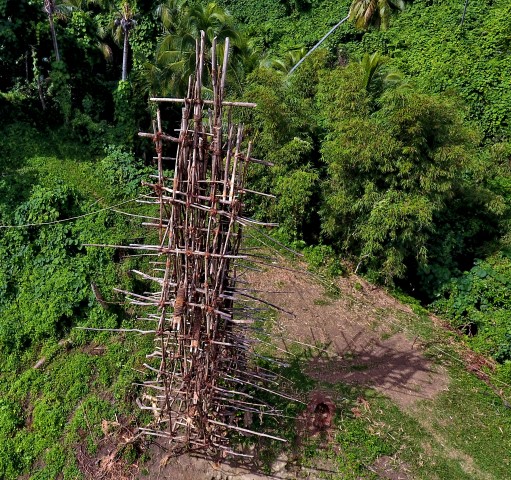 in the lag time, while I got this blog done, I have sailed over to Malekula, were Karl and Nora, organised a very enjoyable belated birthday party for me. My Smartphone is full of some amazing photos, that I will endeavour to have ready for a blog post over the next few days