Kevin, joined me for the sail from Brisbane to NZ.

He wrote up the trip, through his eyes, for the blog

From Brisbane Australia to Opua New Zealand via Lord Howe Is.

Having crossed the Tasman a couple times before I was lucky enough to share time as a crew member on (Logic) & a blue water crossing that I will never forget for many positive reasons.

Firstly the boat.  (Logic) is a credit to its owner. The preparation for such a crossing was second to none, Francis a perfectionist in his own right made 200NM days roll with ease. There is no doubt & Francis will admit it freely, he is having a relationship with (Logic) & for you layman out there, at near 30kph under sail the boat is talking to you.

Weather wise. The full moons & ever chancing winds brought smiles to our faces even if you were sound to sleep & the next minute part of the team reefing sails at 1am then awake to magical sunrises followed by stunning sunsets.

Crew.  What do you get when you put n Aussie (Francis) a Pol (Andre) & myself a Kiwi together?     The (Three Vagabonds) with 183 years of wisdom & life experiences under our belts, simply equalled three mates that seemed like we had known each other for years but had only met the day before departing Brisbane. We followed each other’s lead from sailing the boat to the cooking & cleaning with ease. Laughter on the boat just came easy taking the (mickey) out of each other on the hour 🙂

Food, Beer, Wine. We ate & drunk like kings sharing duties at a drop of a hat. The fish caught were cooked & eaten in less than an hour. We didn’t drink under sail but made up for that in the stopover at Lord Howe Is & arriving in Opua, where 6 bottles of red wine later lead to much more laughter, a few tears & additional respect for each other.

Blue water sailing. Is one of life’s great experience that you should never miss out on if you ever get the chance.  Each day like life is so different from the next, but you can’t get off or run away from what the eliminates throw at you. 4 hours on a plane returning to my home Melbourne or 8 days under sail, it’s a no brainer.

For you Francis thanks for sharing, love your style, awesome time which I will never forget.

Sailing more than a journey.

(Put me on the shortlist for the next adventure) 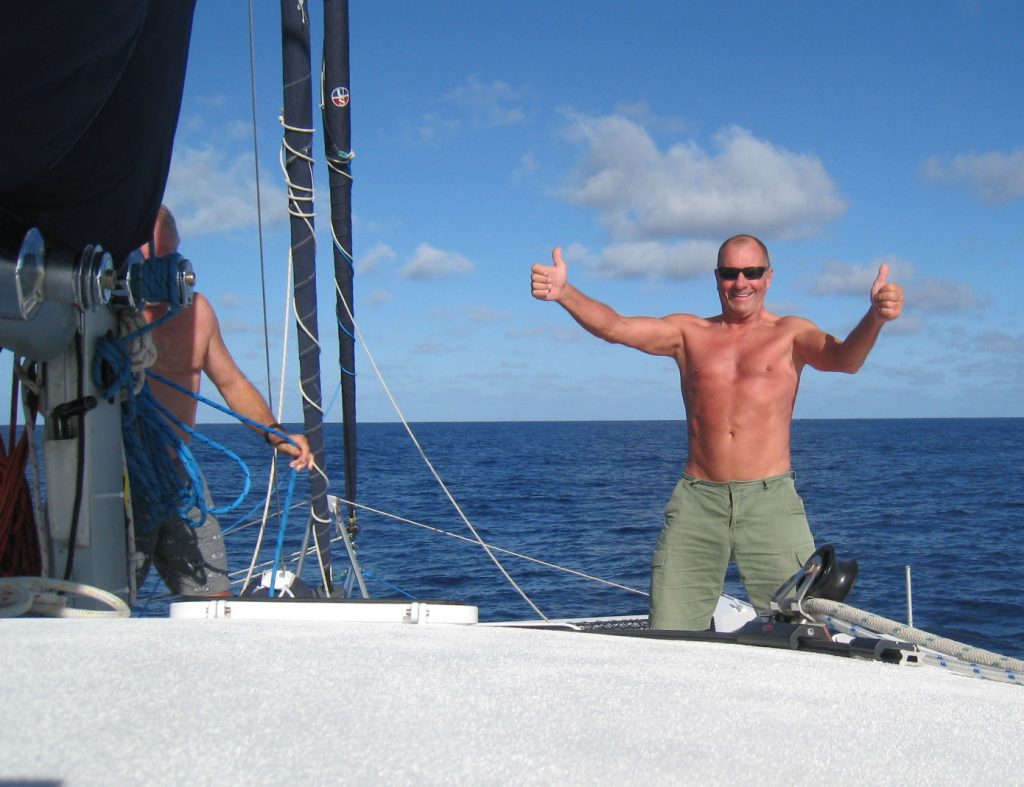