The coast line north of Great Keppel Island is picturesque, with white sandy beaches, between the craggy headlands 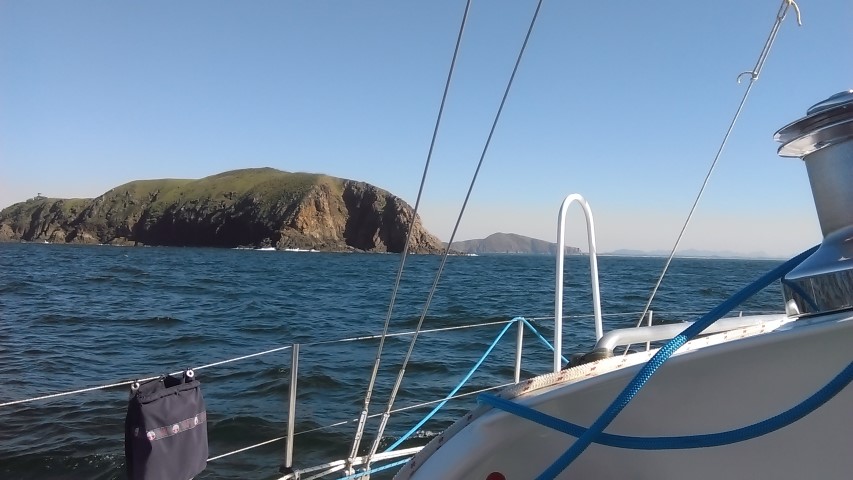 It was deserted apart from the myriad of Humpback whales, if they were not surfacing close by, they were breaching in the distance. 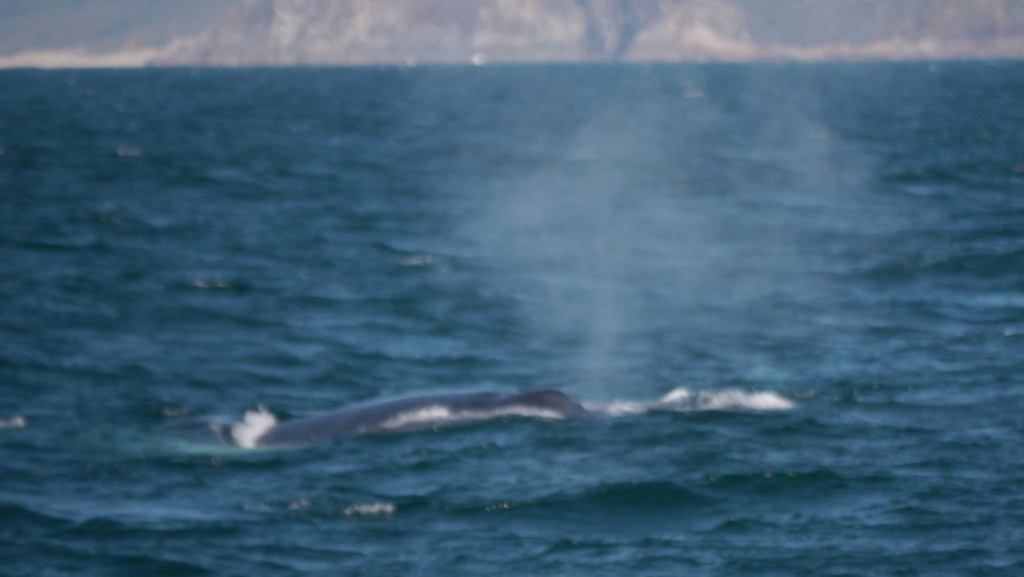 an adult Humpback is  the same length as Logic (14.2mts) and 4 times the weight (8tons compared to 32). I definitely don’t want to hit one. It was a bit disconcerting when I saw one 10mt in front of the boat, it rolled on its back, flashing its white underside as it went under the trampoline and surfaced 15mts abeam of the port hull.

the wind was coming from dead astern at 10-15kts (gusting 20), ideal for the Screecher out one side and the Genoa out the other (wing on wing) 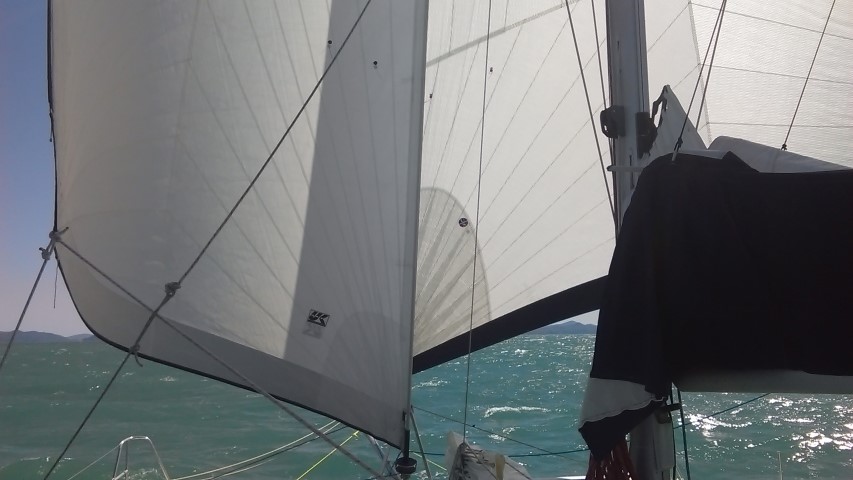 we made very good time covering the 102miles from Great Keppel to Middle Percy Island in a long days sailing, anchoring at 9pm.

Middle Percy Island has an A frame shack where cruising yachts have left personalised momentos, as they have sailed through. 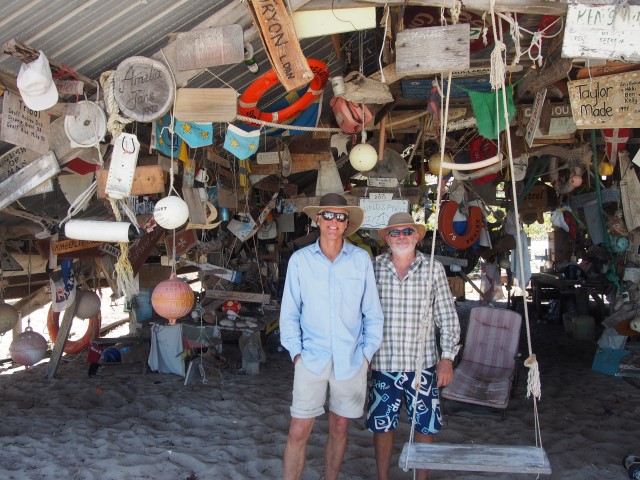 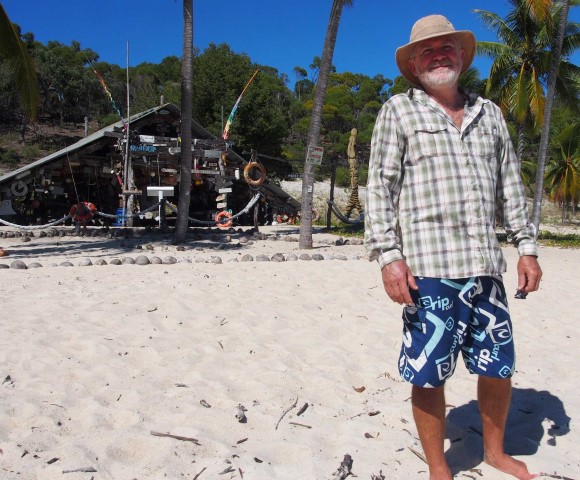 to get internet reception, to download the weather forecast,  we had to walk to the top of the hill overlooking the anchorage 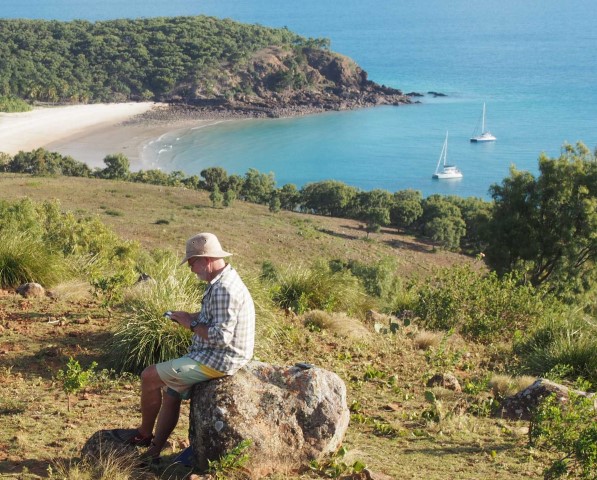 The island is full of feral goats that have eaten all the vegetation and at least one kangaroo, had been bought over from the mainland 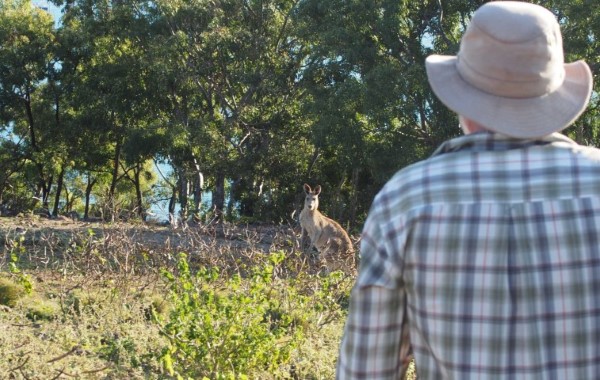 If there had not been a 20kt southerly forecast we would have spent a few more days at Middle Percy Island and done the walk up to the homestead. The anchorage is very exposed to a southerly, so we moved to Digby Island with it’s good southerly anchorage.

On the sail over I noticed a couple of whales with one being a lot smaller than the other. When we got closer it became obvious that it was a mother with a recently  born calf

the calf was curious and came over to check us out 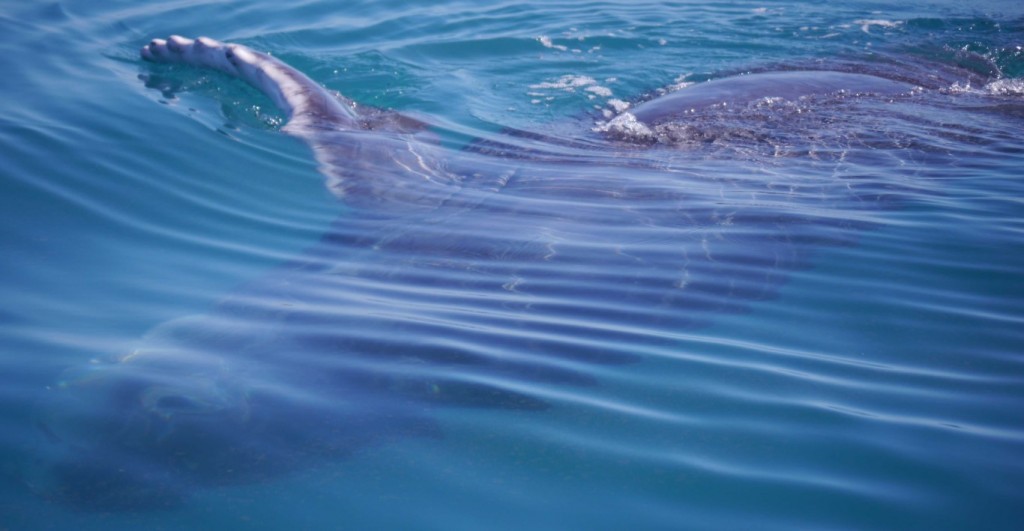 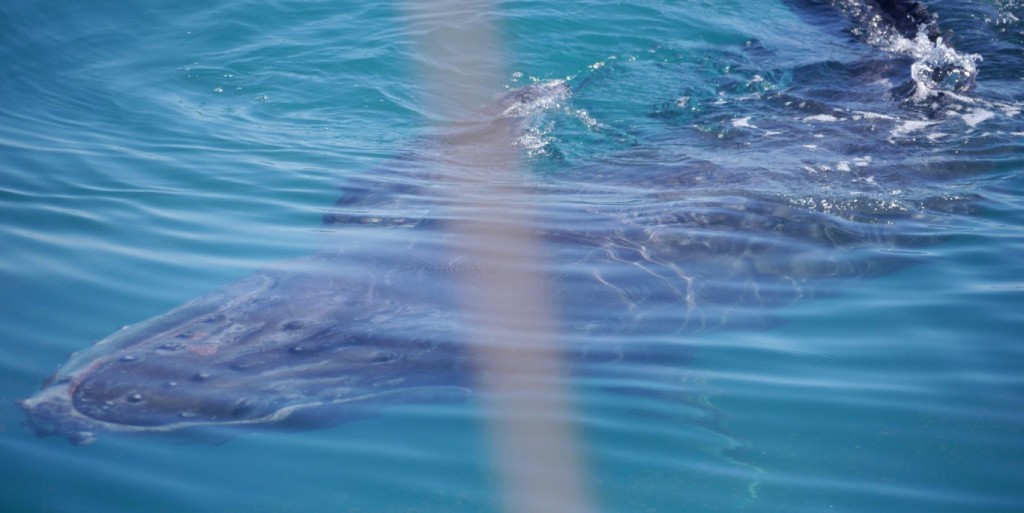 from Digby we went to Scawfell Island 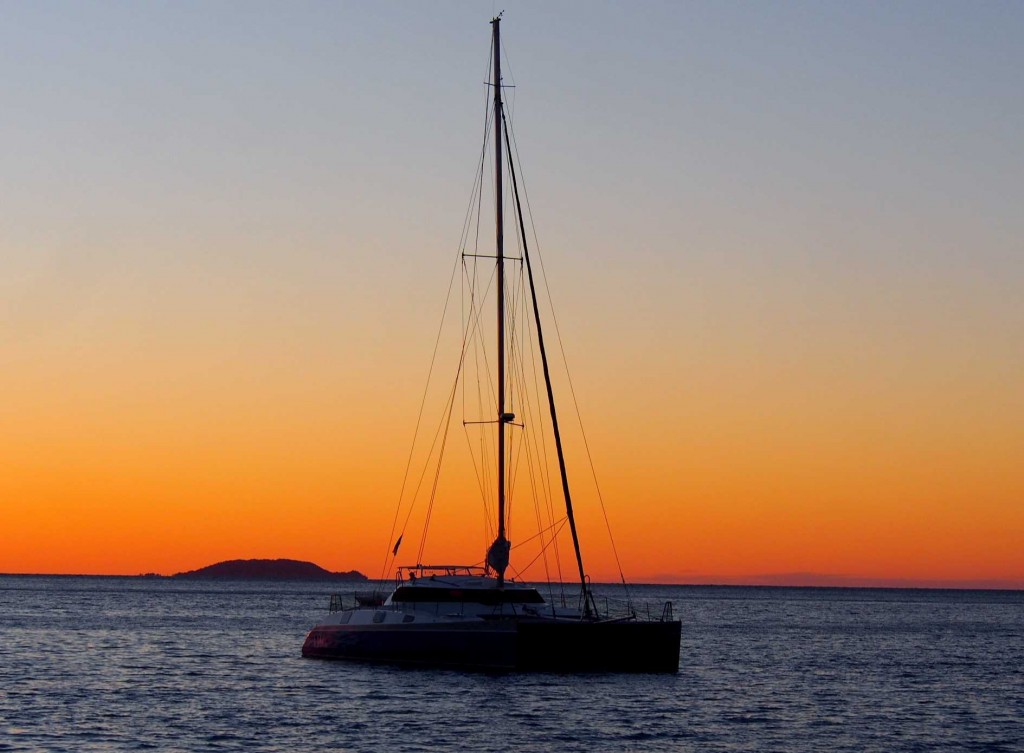 after 4 weeks a sea, Rob was looking the part 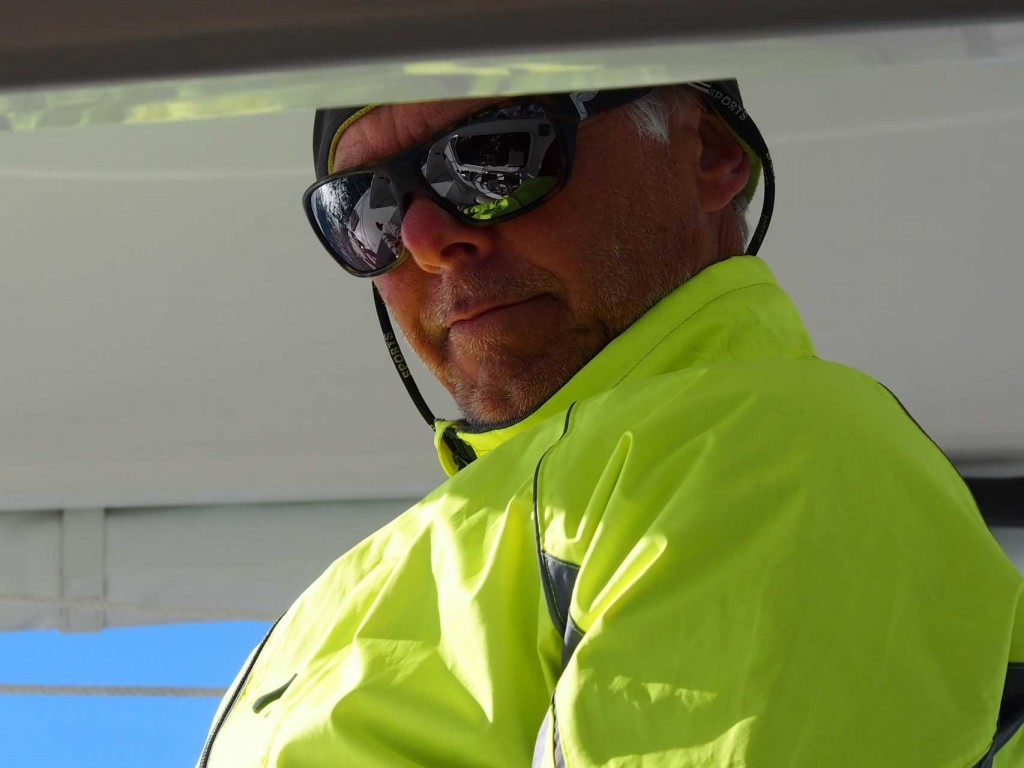 we had the wind behind us again, to wing on wing the boat into the Whitsundays 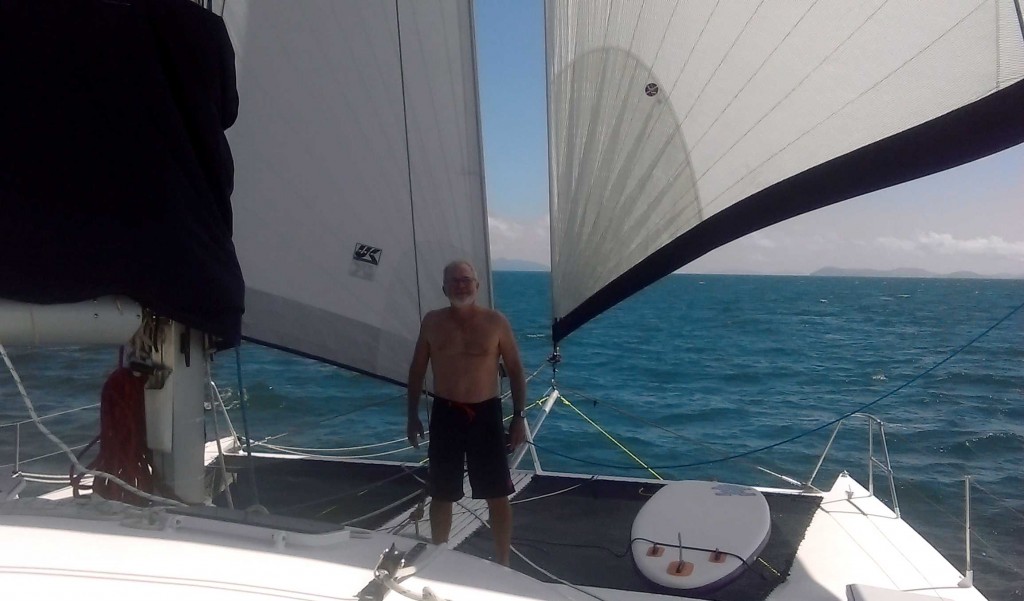 No trip to the Whitsundays is complete without the mandatory run down Whitehaven Beach, with its myriad of boats and hundreds of day trippers

We spent a few nights in May’s anchorage on the west side of Whitsunday Island, I went for long paddles on the SUP 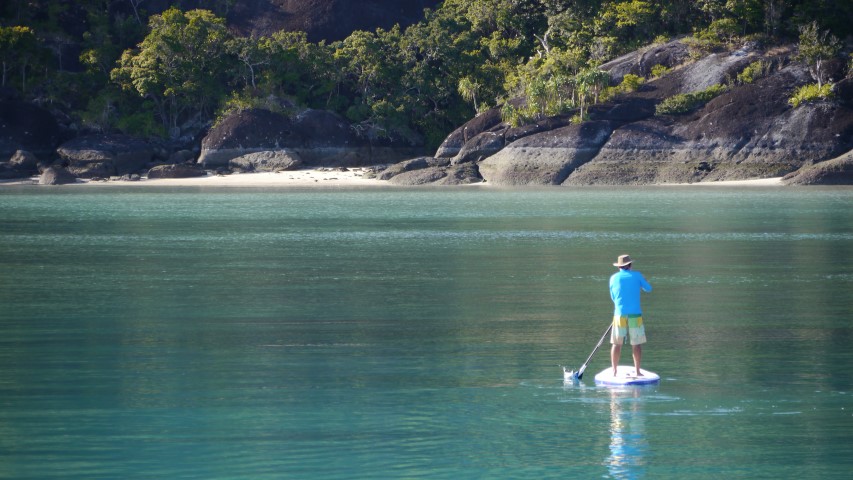 and Rob spent hours trolling for the elusive fish

the islands in the Whitsundays are amazingly picturesque, I never get tired of the view from the kitchen window, 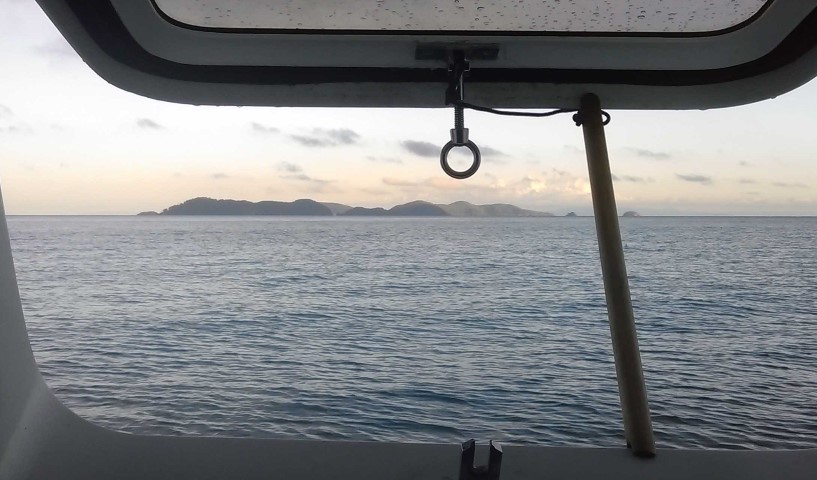 or a contemplating cup of tea of the trampoline 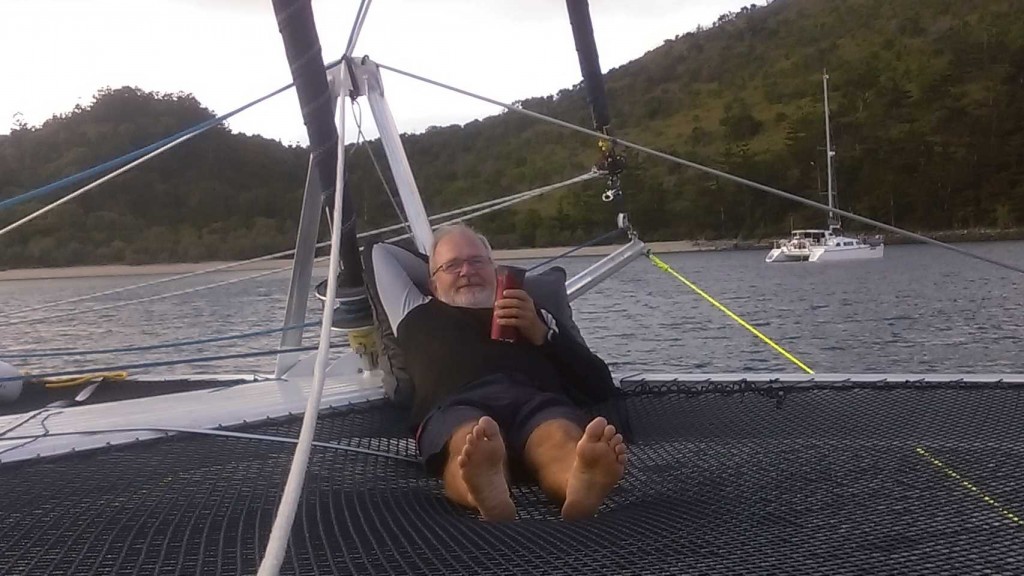