(Rather than my usual homogenate of my blog posts been a multitude of topics, I felt that my experience sailing north with Barry needed to be a stand alone, so I will do a couple of short blog post, as a preamble)

For the last couple of years had been trying to get a tradesman to sand back and recoat the saloon floor. I failed to find anyone interested in committing to the job, so I needed to go out and buy a belt sander and do the job myself. It is a beautiful hand laid timber floor that I should have done something about a lot earlier. 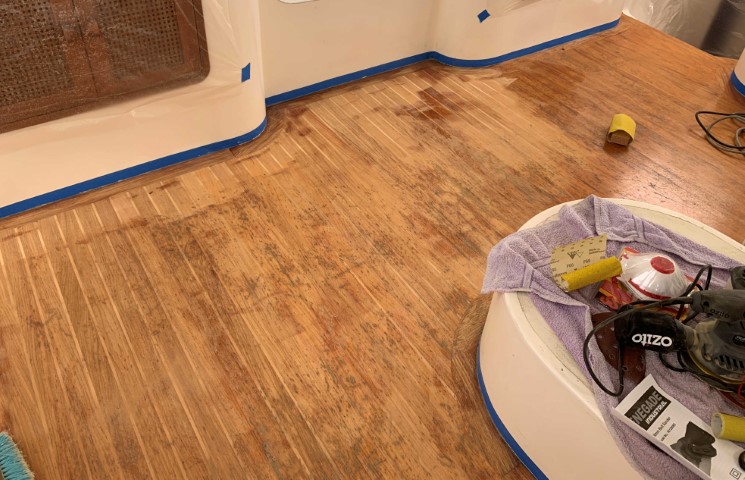 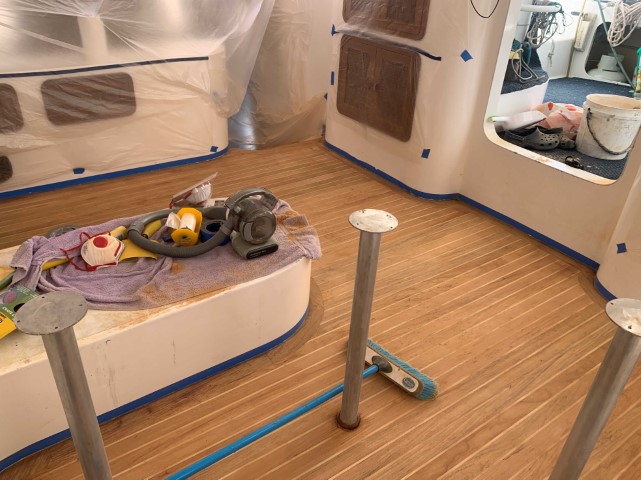 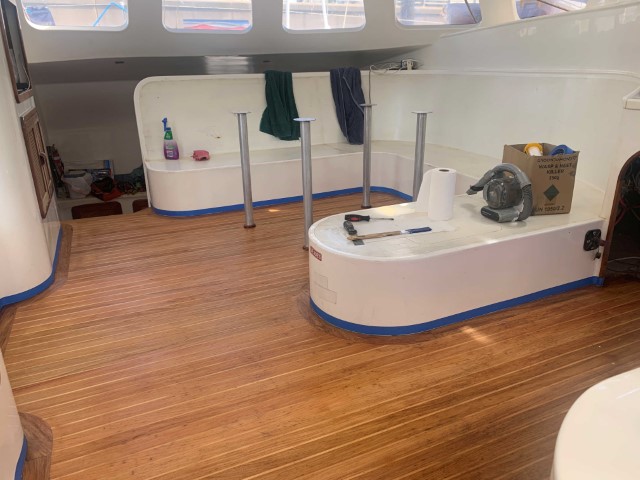 I’m very happy with how it came up 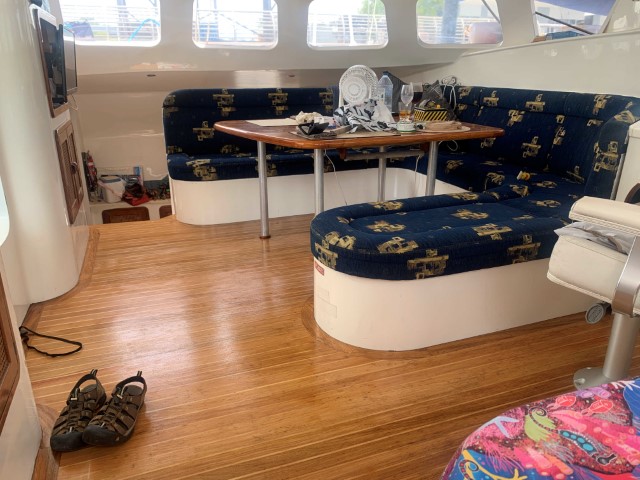 The mainsail was now very tired, so I got Andrew from Ulmans Sails (Wynnum) to make me a new one 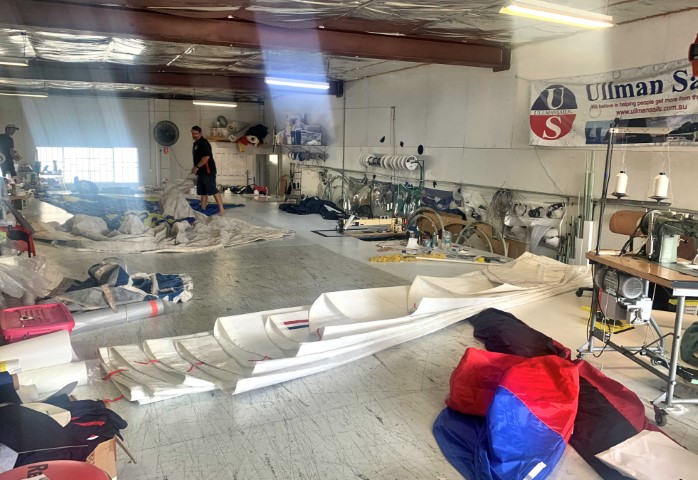 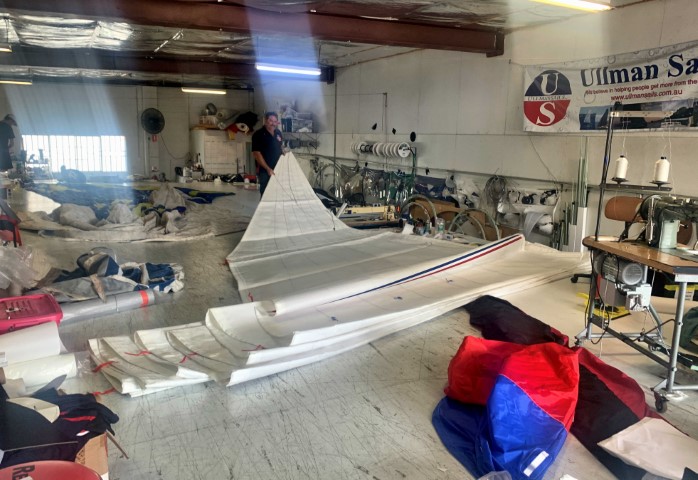 He came out and installed it 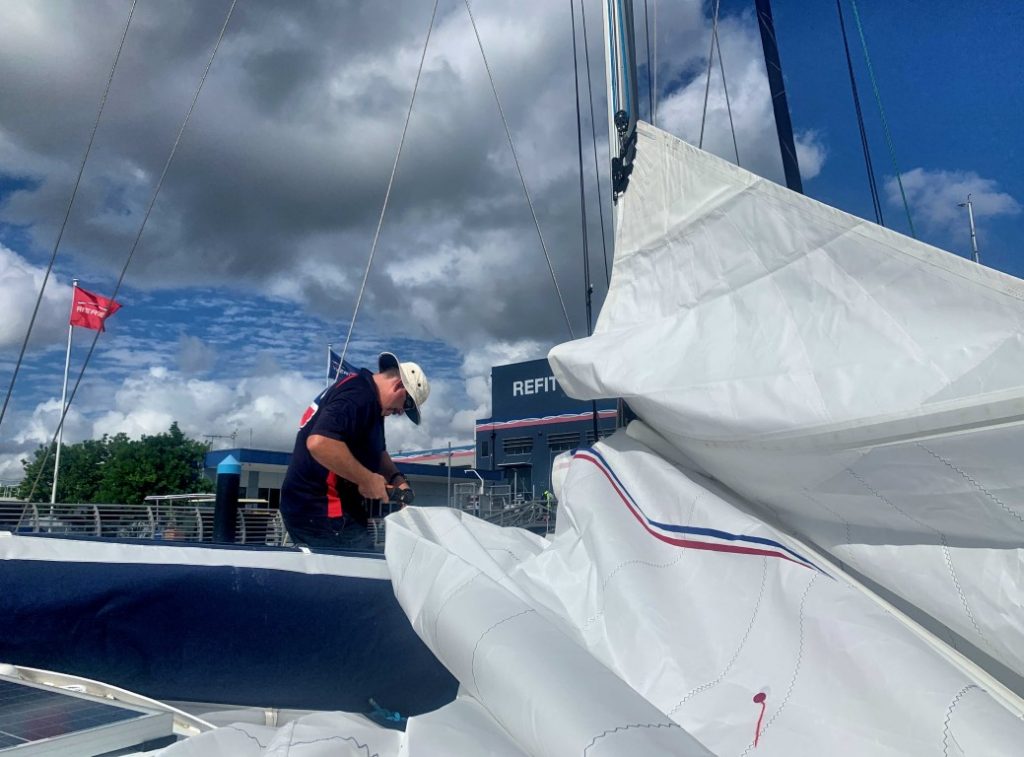 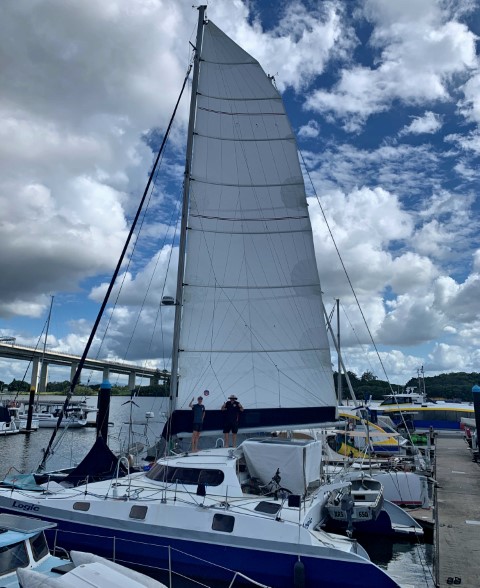 As some of may be aware the Brisbane River (where I had Logic in a marina berth) had a serious flooding event earlier this year. There was a lot of stuff floating down the river 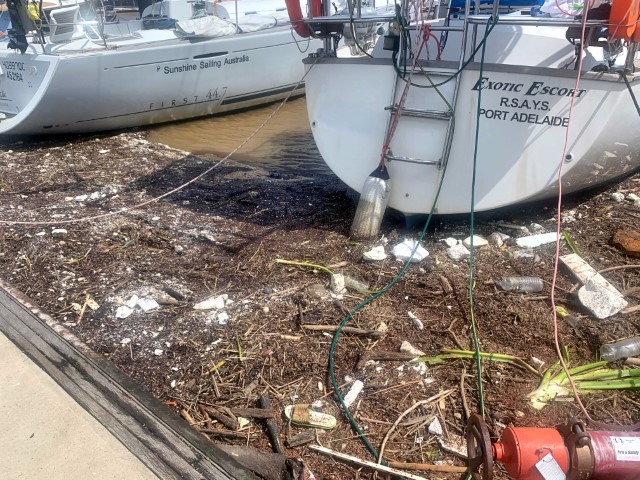 Luckily Logic was in the innermost berth on the marina finger as the 2 boats on the outermost berths had this timber planked yacht stuck against  their bows for a week, by the current 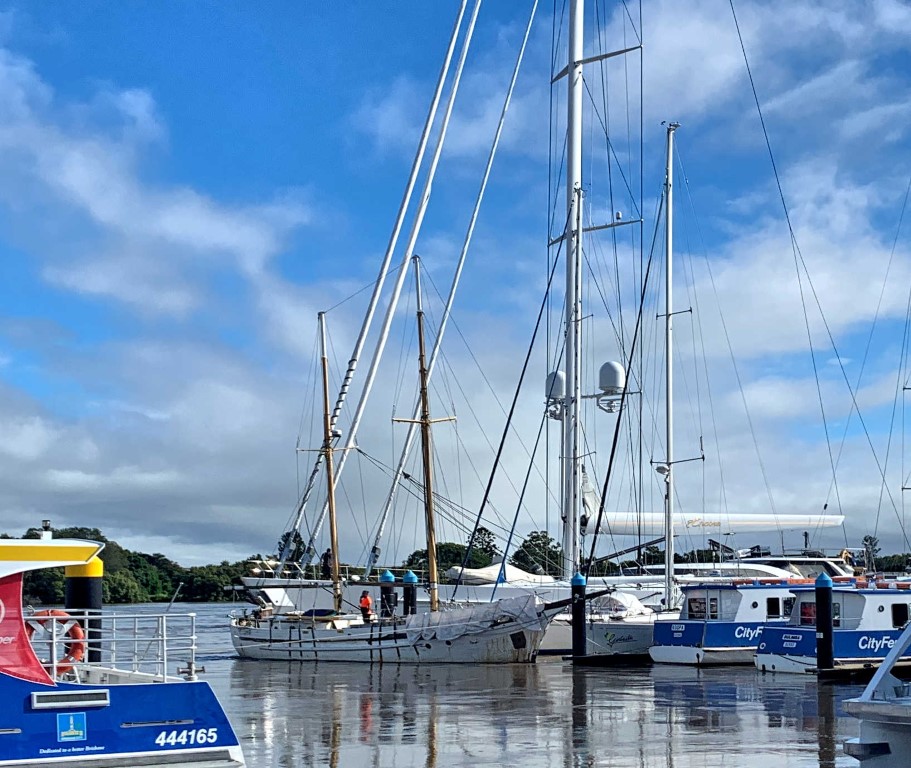 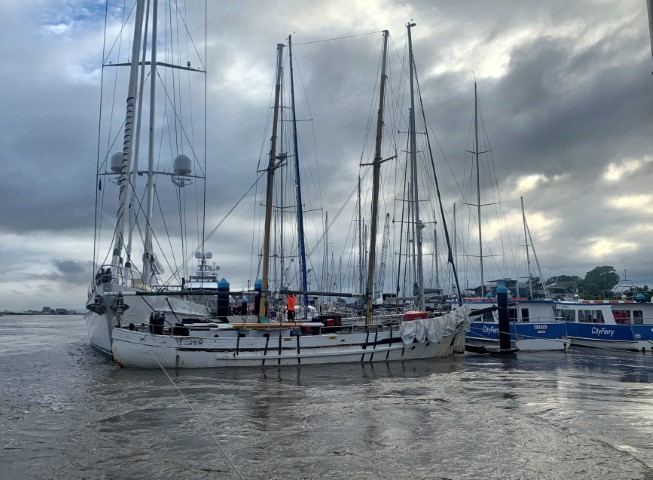 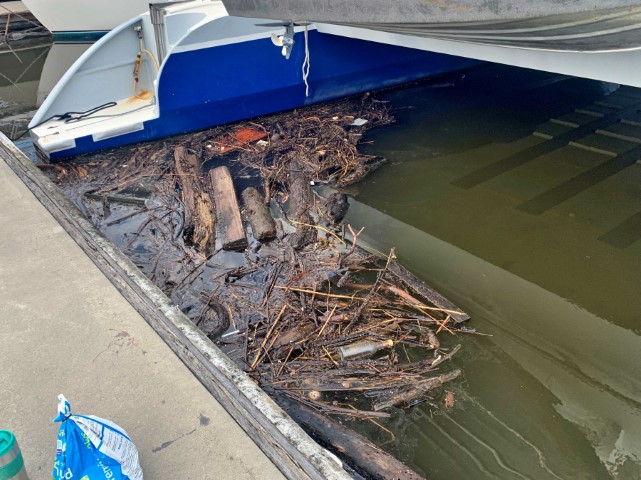 they kept on coming(keeping the marina staff busy cutting them up, to take away) 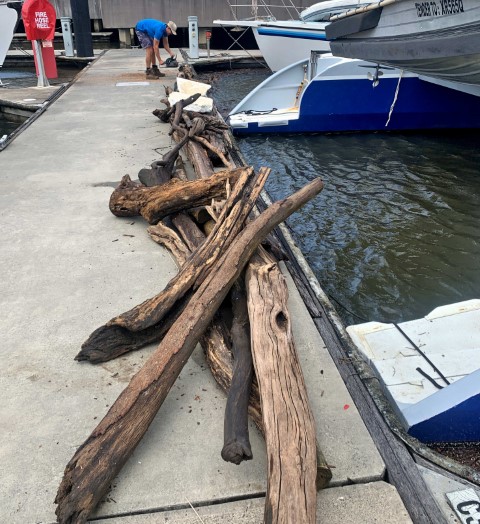 It was time for Logic to come out of the water, to get a bottom clean and a fresh coat of antifouling 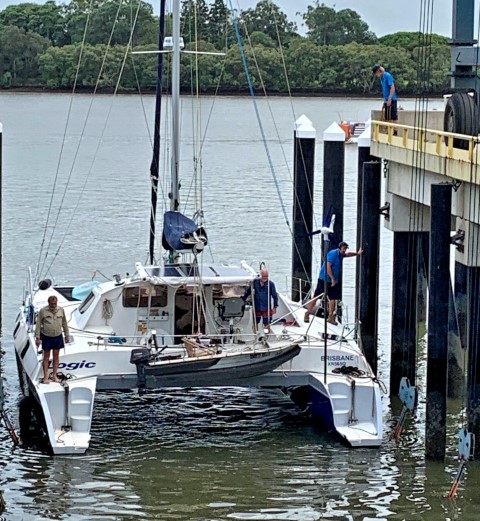 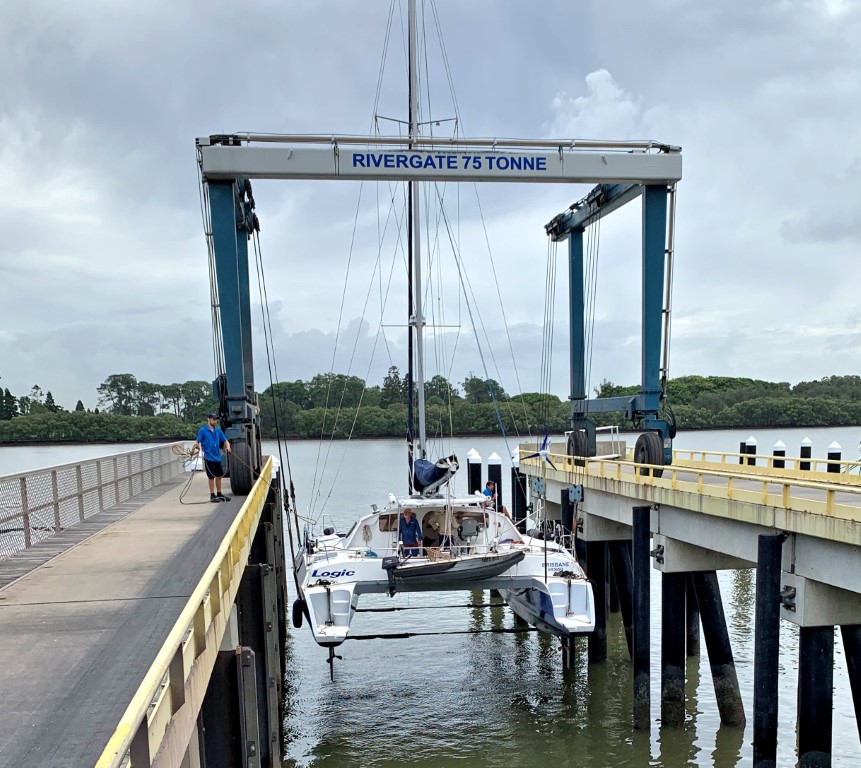 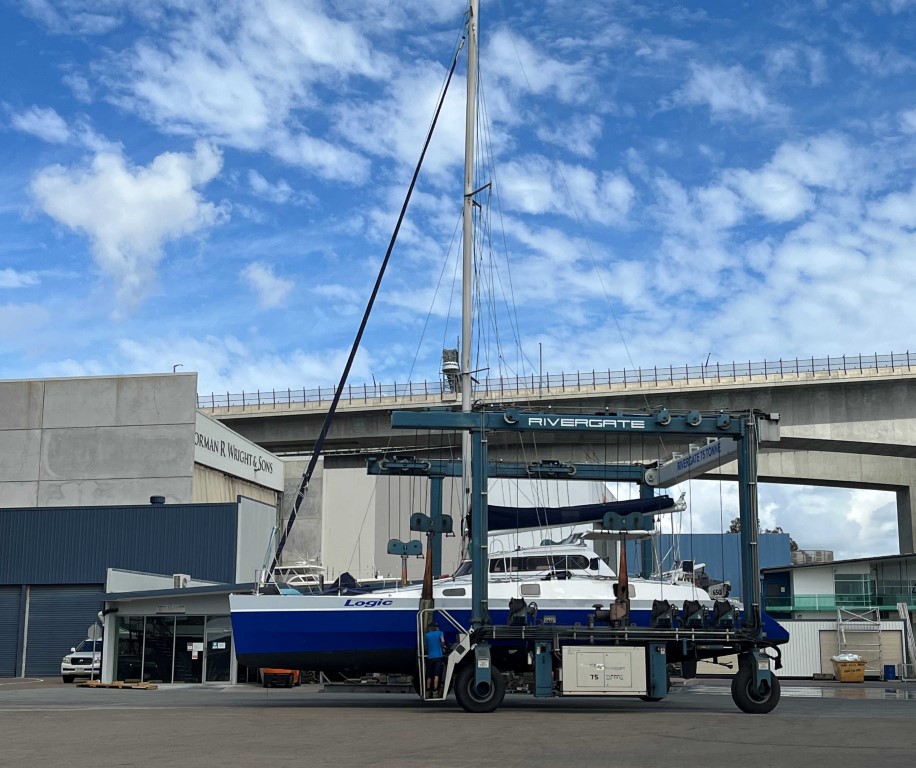 it was a very wet summer in Brisbane, with multiple days of rain squalls. It was no different when Logic was on the “hard”, with me having to work between the rain squall 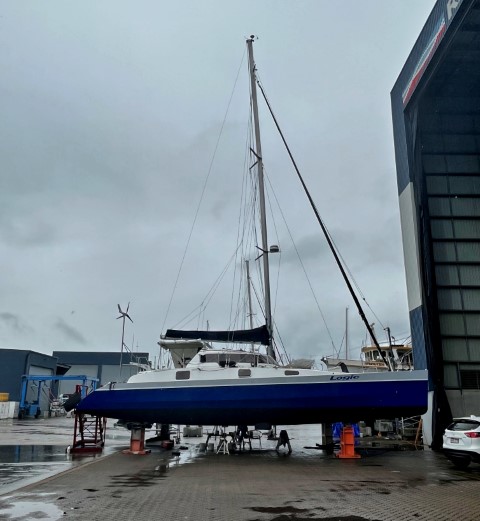 My insurance company wanted Logic surveyed before they would reinsure me. I got the highly regarded sailing catamaran sailor to Geoff Cruise to do the survey for me. 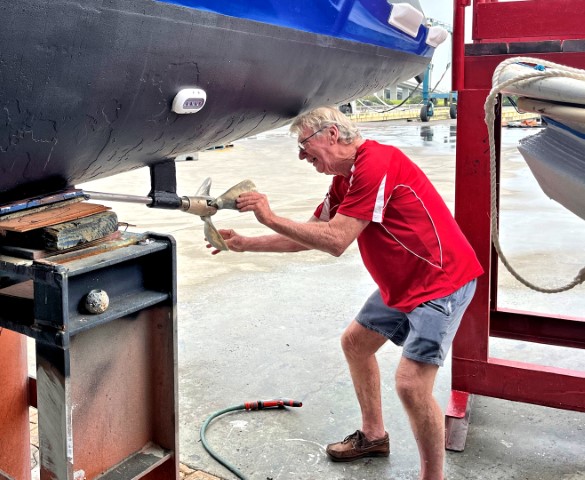 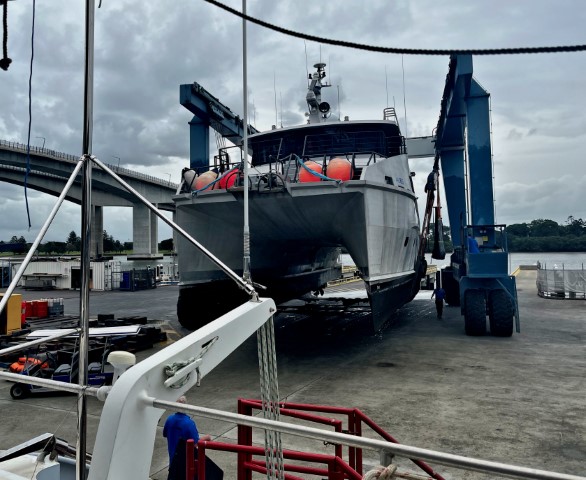 I got the work done, Time to go back into the water 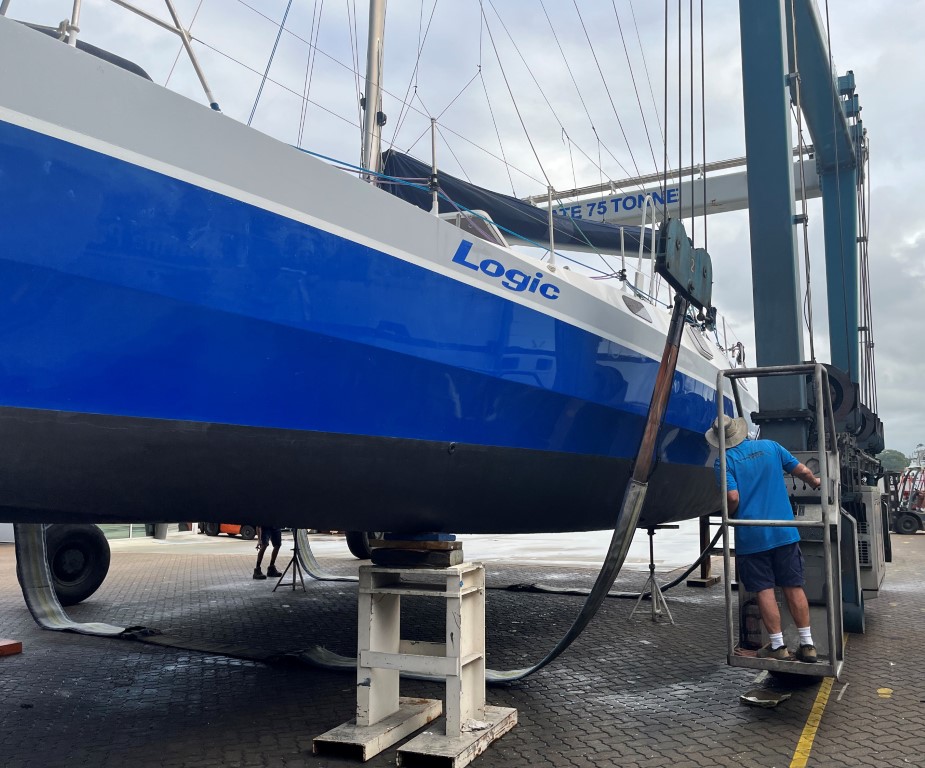 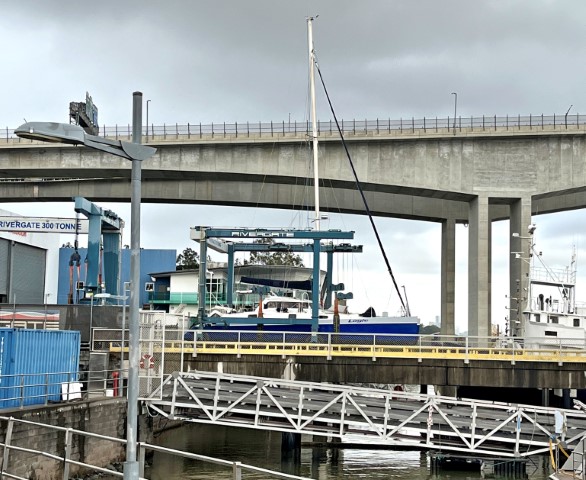 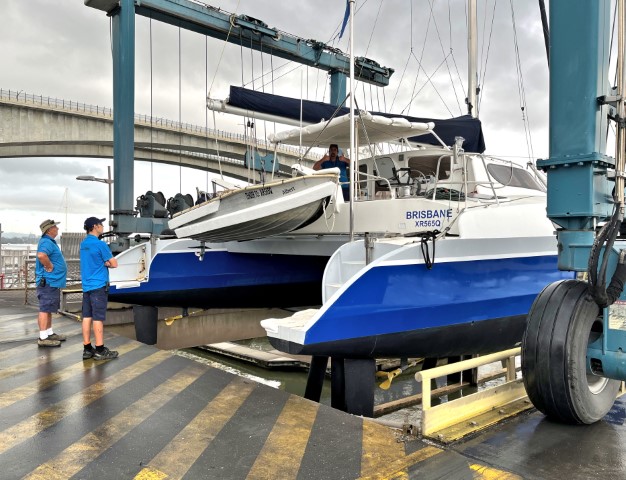 back to the marina berth 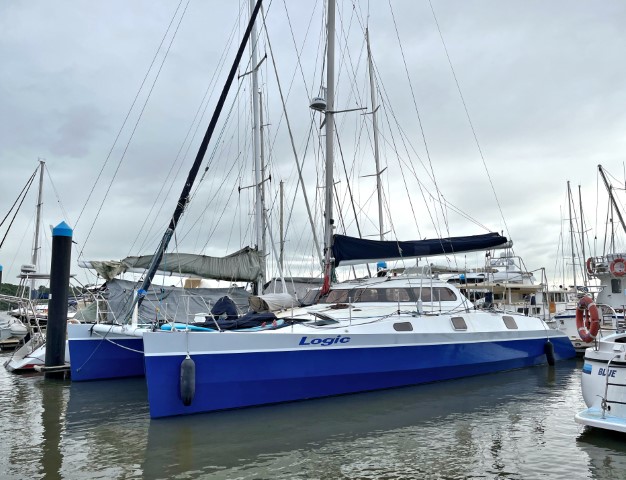 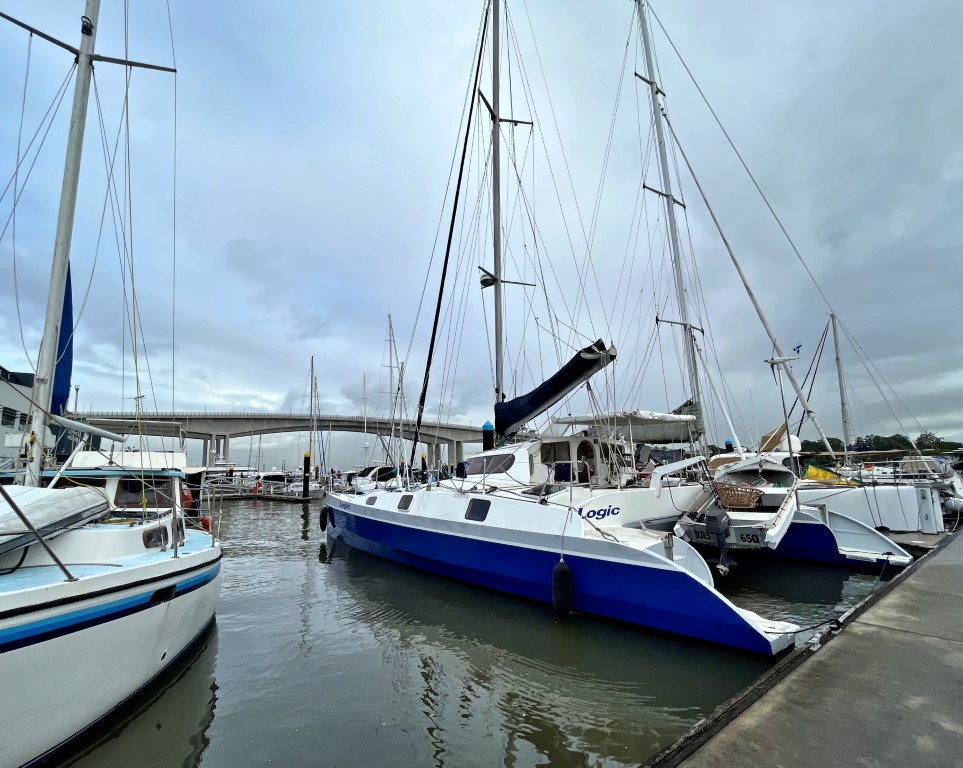 the onboard herbs are planted 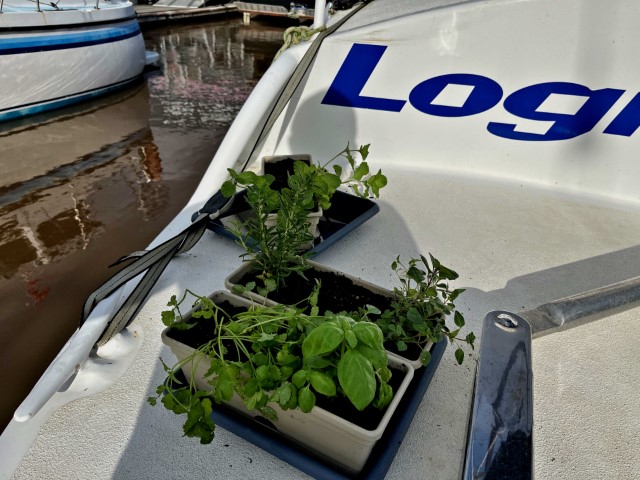 L0gic is now ready for Barry to fly in on the 23rd of May 2022, for our sail from Brisbane to Townsville