My good friend Lisa (who sailed with me in New Zealand, last year) was getting winter cabin fever in her home port of Falmouth, Cornwall, United Kingdom, and has a spare month. The dynamics  worked so well last time she came cruising on Logic, that the offer for her to join me, for a month of cruising down the east coast of Oz was irresistible.

The best place to slip Logic on the east coast of Oz, for her yearly antifouling is The Boatworks, just south of Brisbane. But the weather at this time of the year regularly throws up, hot days of 35C (95F) plus. Being in a boat yard, on concrete, at 35C, working on a boat is not somewhere one would choose to be.  I dodged a bullet, there were 35C days in the weeks either side of when Logic was up, but only mid to high 20s for her slipping. 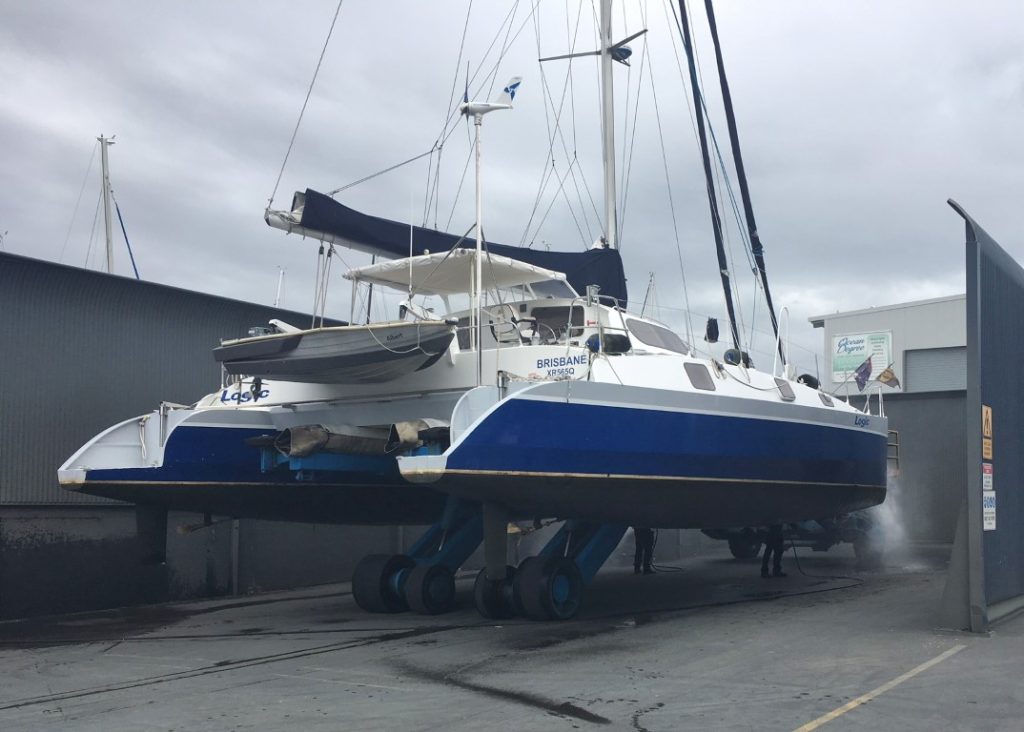 While it was possible to pay someone to do the antifouling preparations and painting, I prefer to do it myself, that way I can give the hull a good inspection and know the antifouling has been applied exactly how I want it. 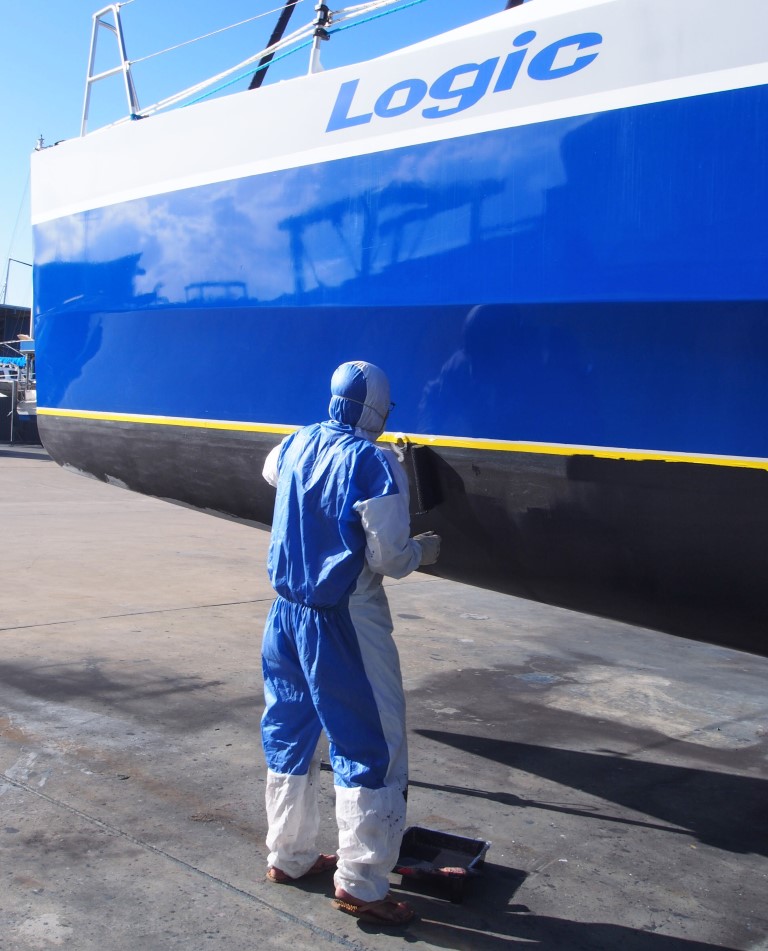 But I have no such issues when it comes to polishing the above water, which was done immaculately 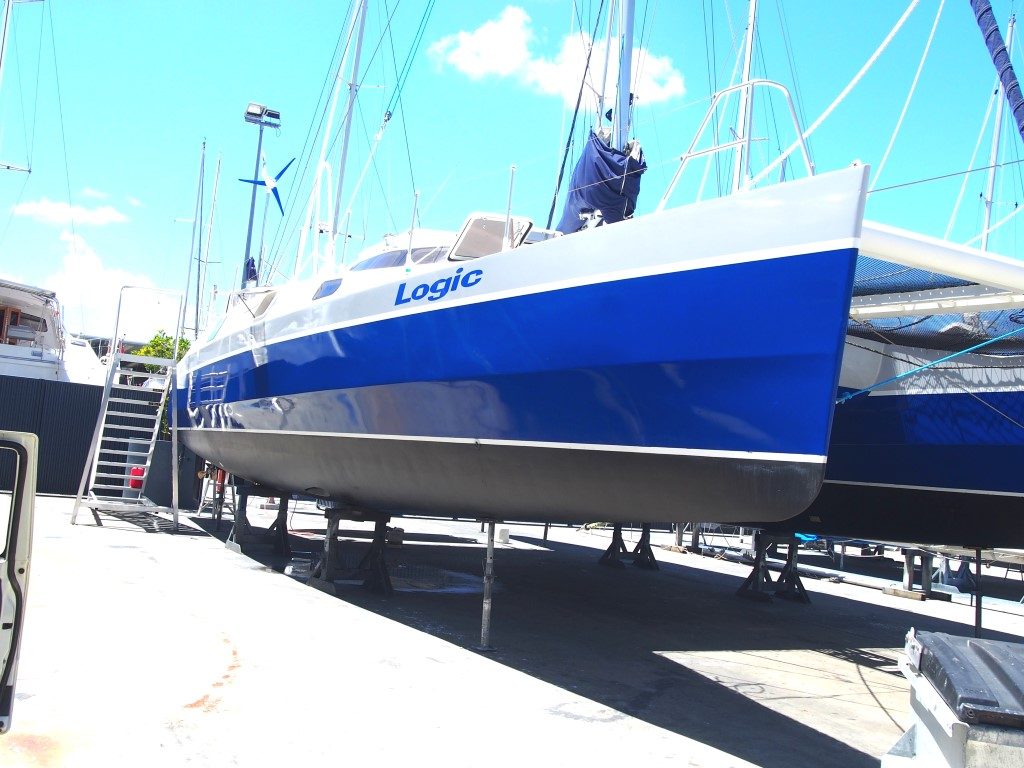 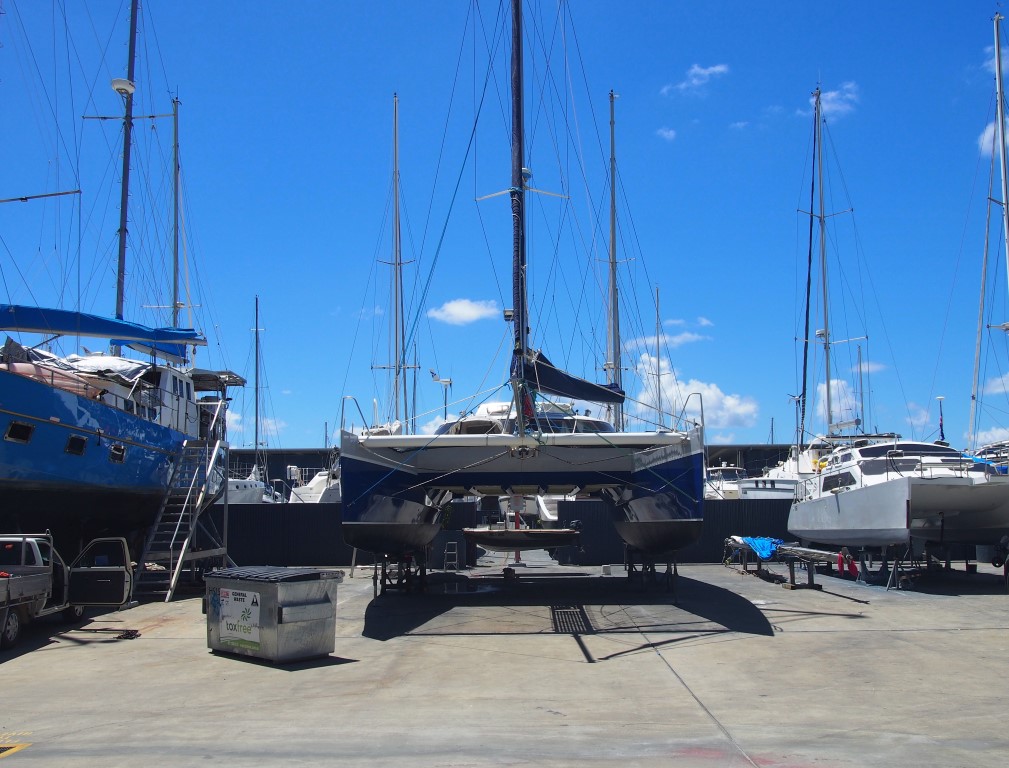 as was the propspeed antifouling on the folding propellers 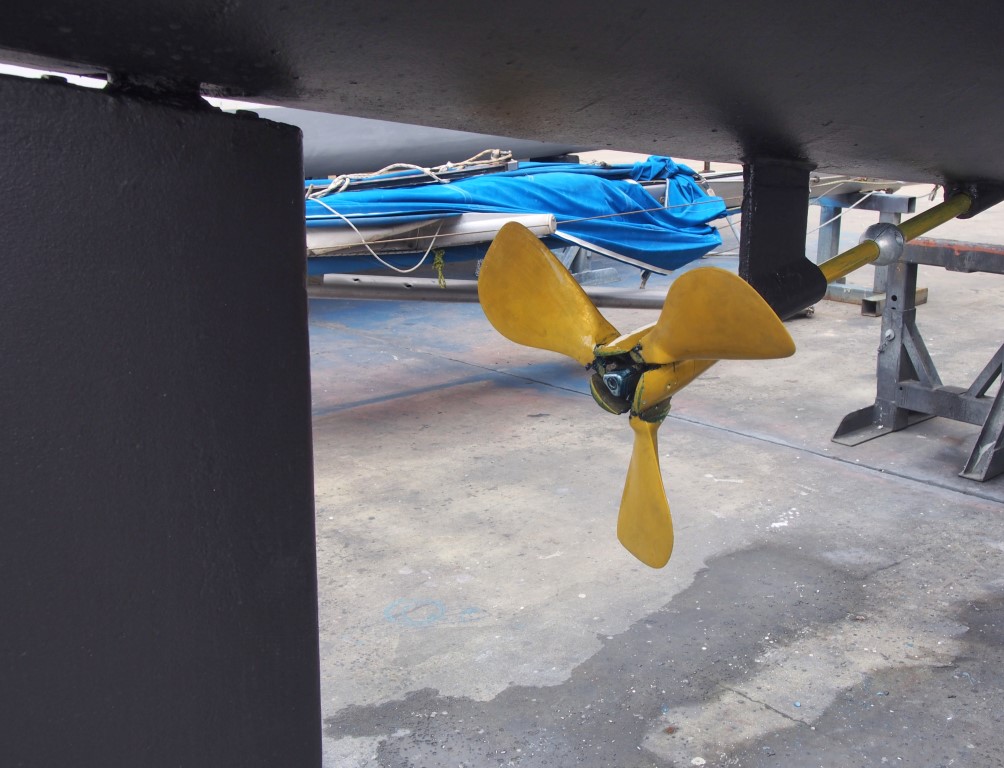 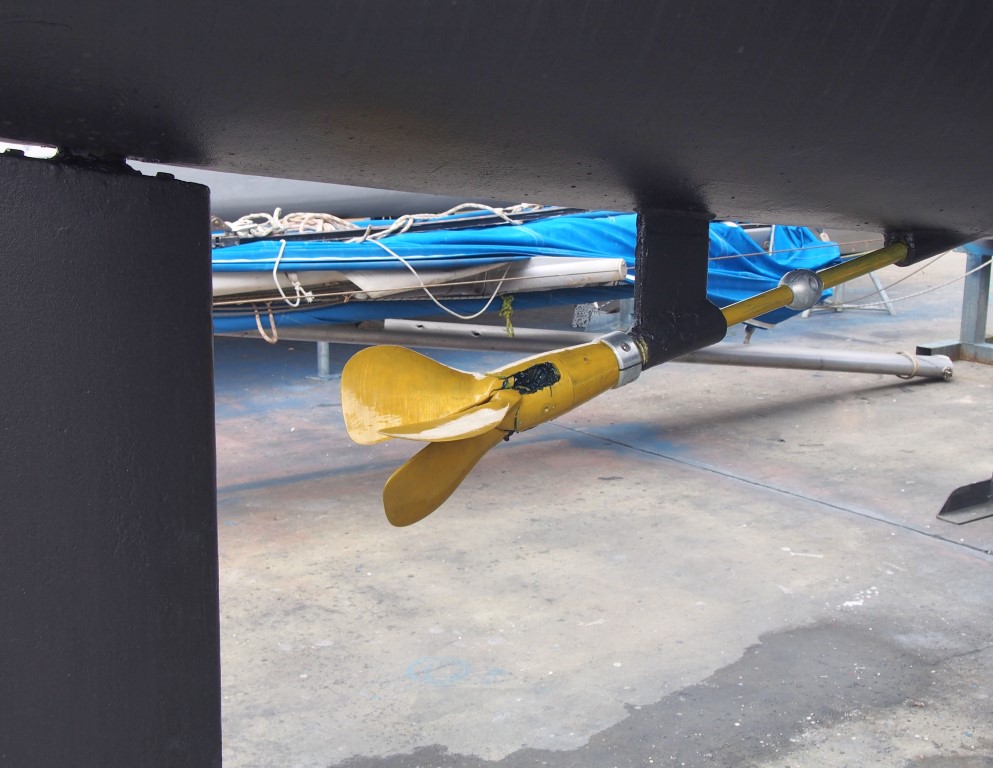 I had been having some issues with Albert (the tender). He splashed up a lot of water, when motoring in a swell, stability was poor, I could not climb back in, after snorkeling and he was not user-friendly on the paintwork. Most of these issues where solved by a Kapten Boat Collar. 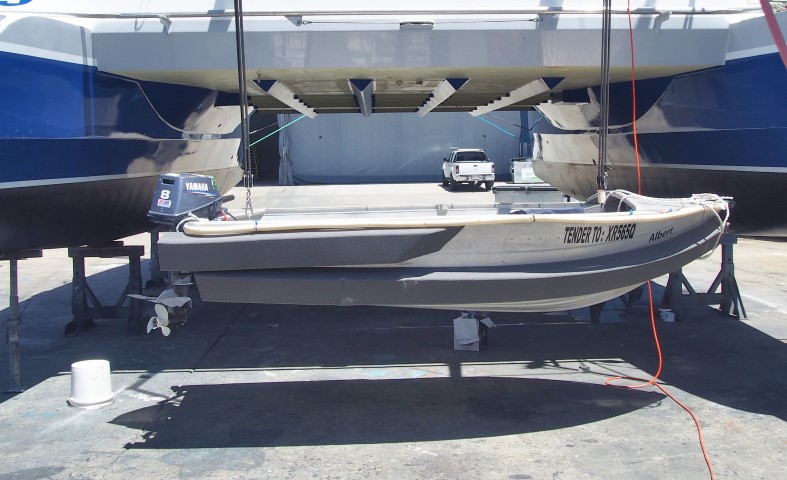 Logic being out of the water made it easier to glue the pieces in the boat collar, the enormous turtle had bitten out, while I had been freeing it from a crab pot, a week prior. 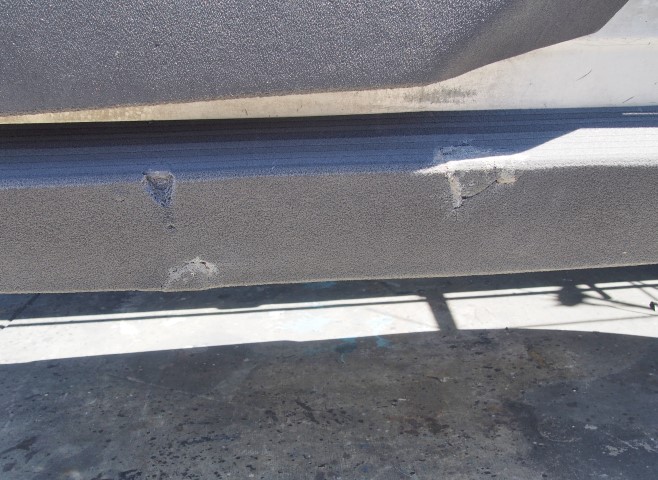 everything was done by the time Lisa’s flight landed (the gloves she wore to Heathrow, won’t be needed here) 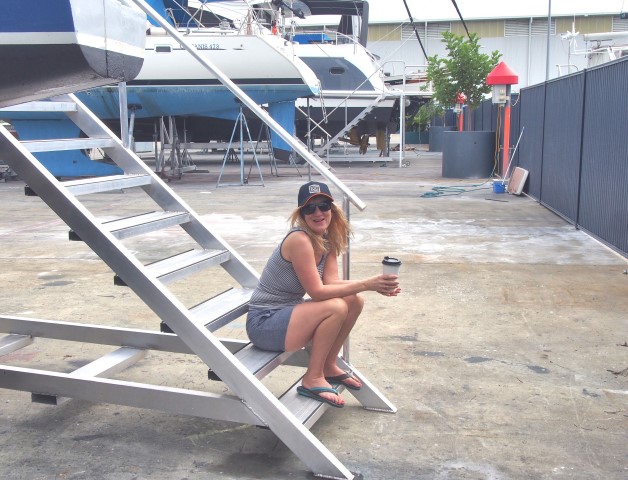 Lisa, being Lisa was straight into getting Logic sparkling 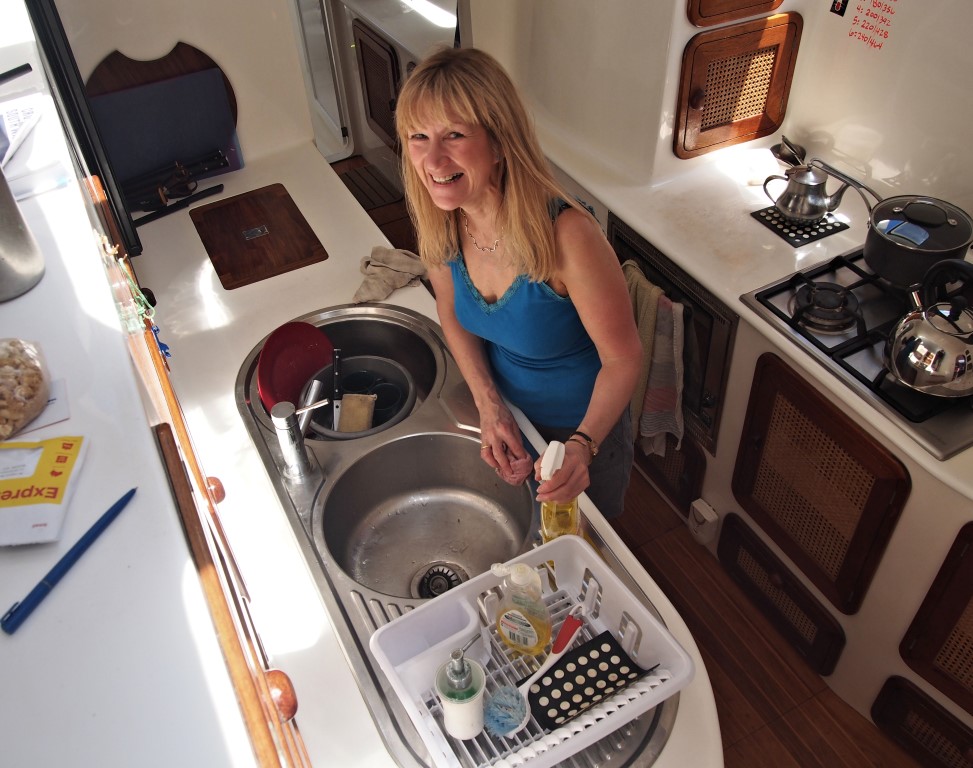 then it was time to get Logic back into the water 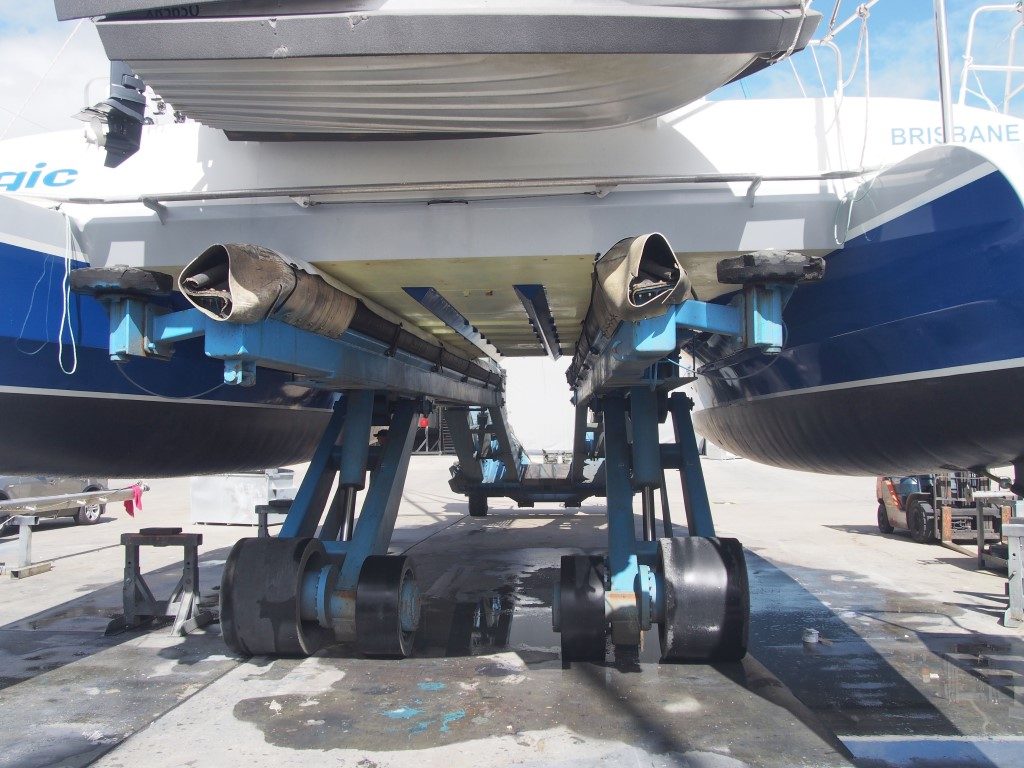 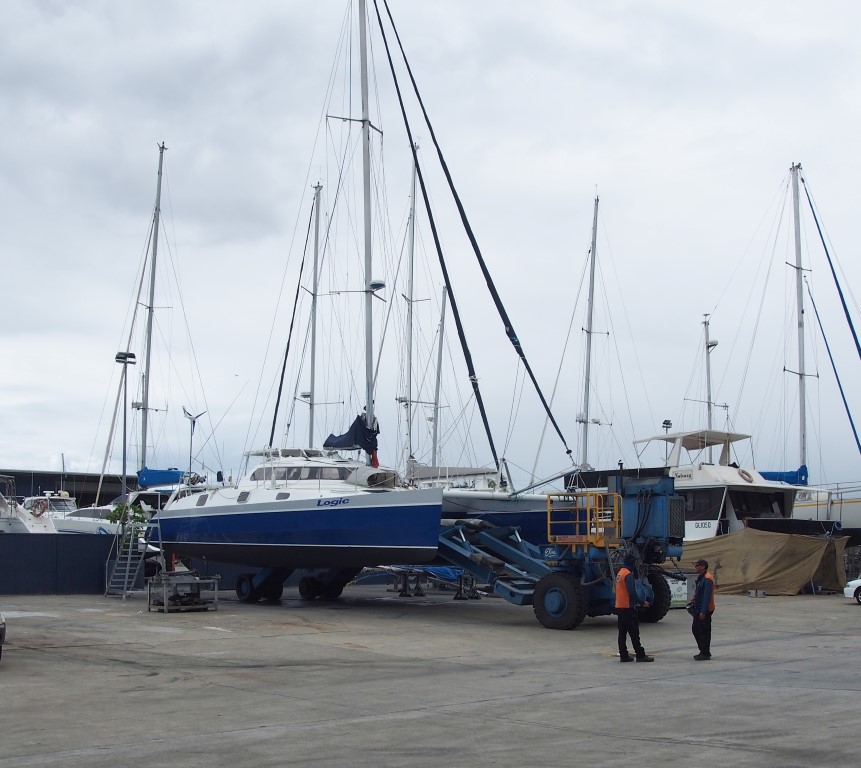 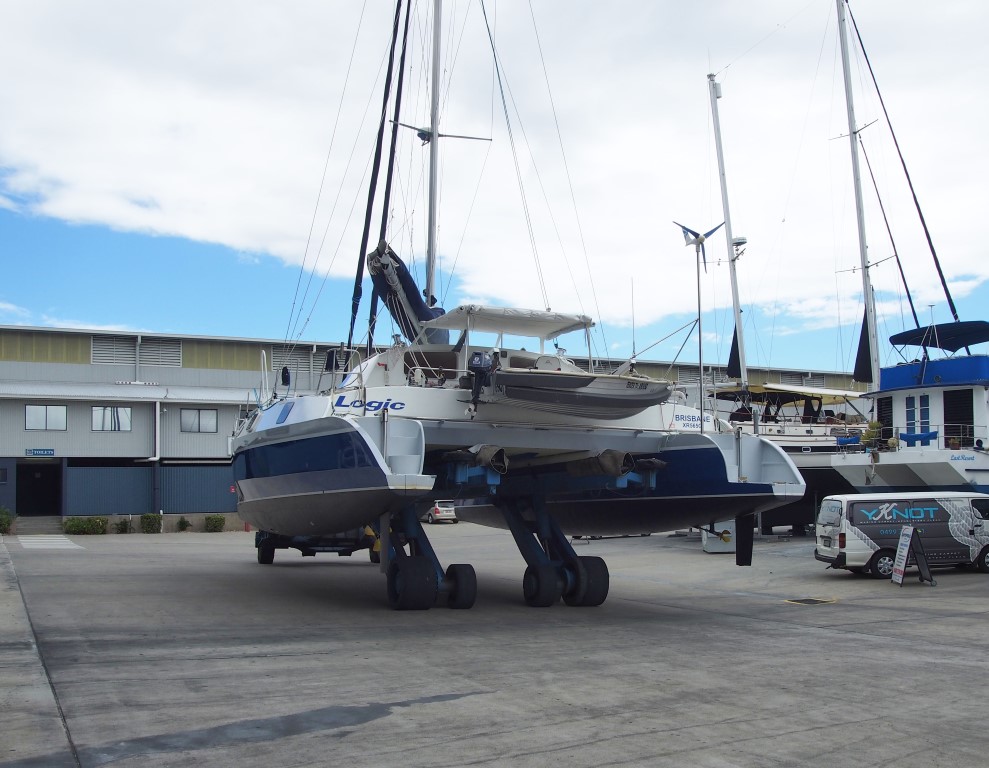 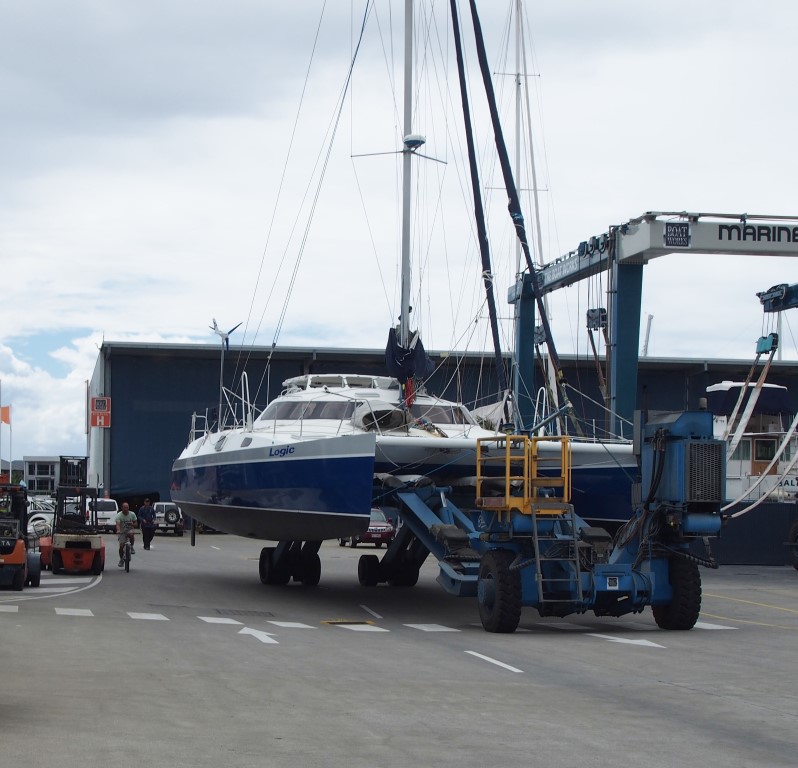 Time to enjoy the cruising lifestyle for 2018