Clearing Fiji Customs and Immigration on the morning of Thursday 21st September 2017, was the usual frustrations dealing with bureaucracy in Fiji, taking lots of deep breaths and keep on saying “Fiji time” in my head, got me through it.

We left Vuda at midday and made out way due west, past the islands that I now had very fond memories of 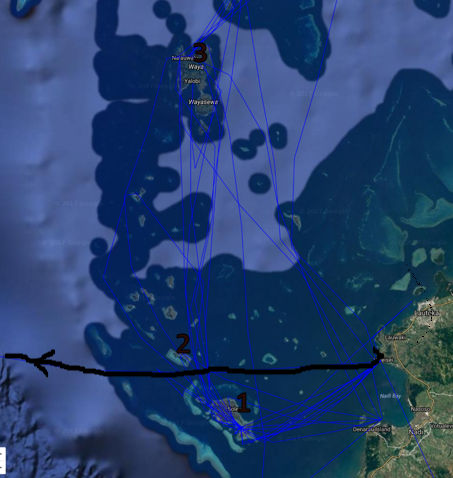 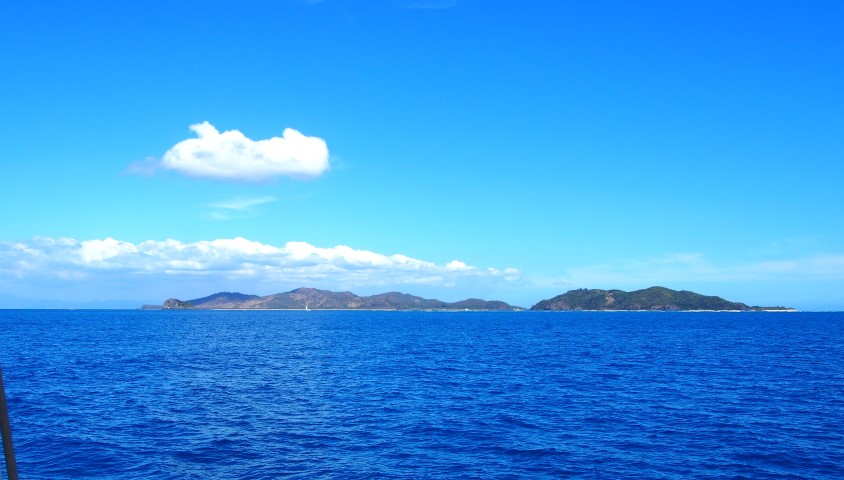 2. Mana Island (where Al and I had a very enjoyable week)

3. Waya Island, to the North

and one of the Mamanuca tourist Islands, that all the winter bound Aussies dream of flying over, to stay on for a few winter weeks.

It was now time to take down the Fijian curtesy Flag

All the great memories of my 4mts here came flooding back 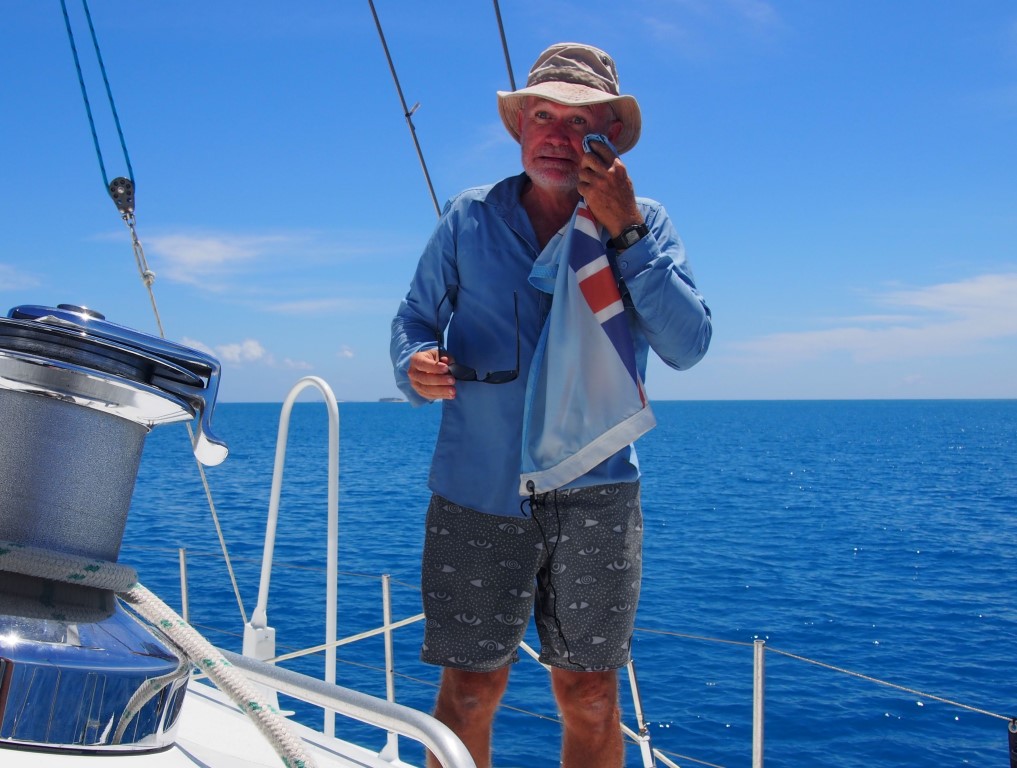 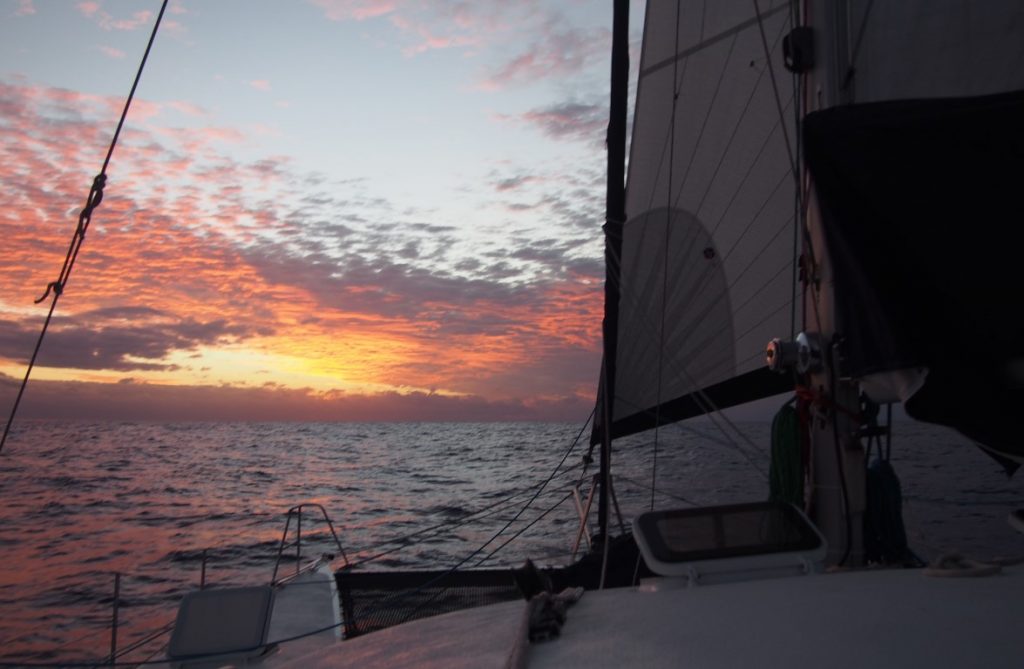 For the first 48 hrs we had an average of 10-kts of wind either on the beam of just forward. 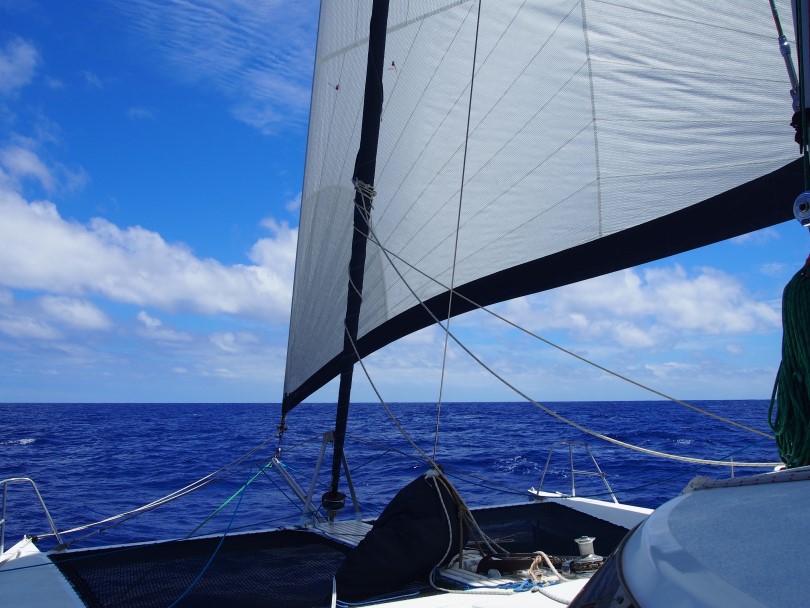 With a full main and alternating between the Genoa and the Screecher, we did 187 miles in the first 24hrs and 182 in the second.

Then the vanilla sailing ended.

The breeze swang round to dead astern, then died to less than 5kts, then picked up and went to the beam at 10kts, then died as it swang to the stern, then we had a series of rain squalls, move across behind us 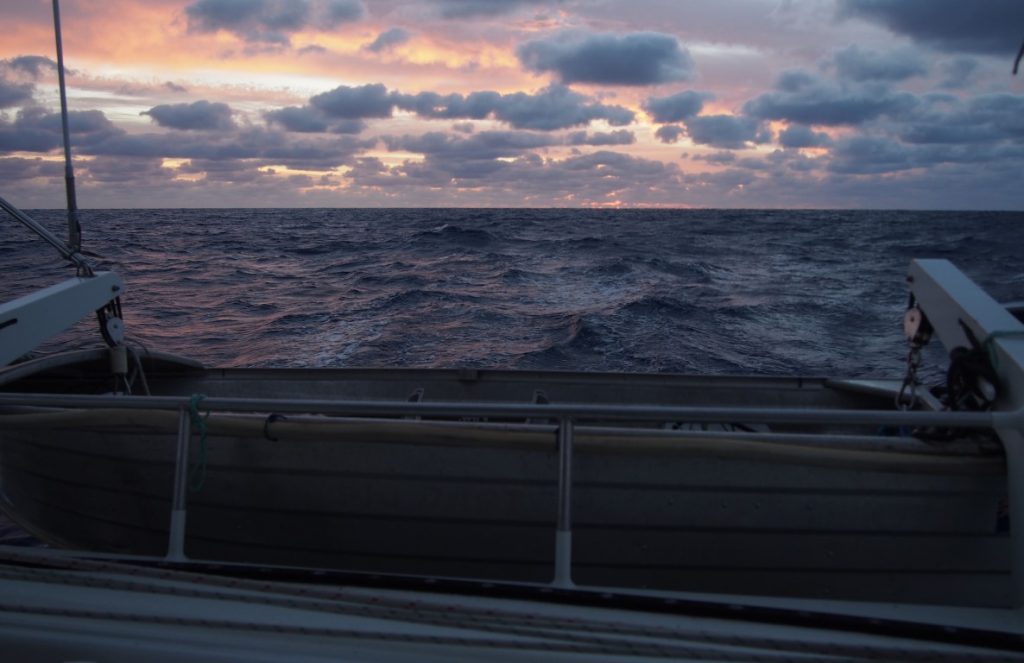 which had me reefed down to the third reef in the main sail and the staysail, in the middle of the night. Resulting in only 146miles for the 3rd, 24hrs of the passage.

But there was a major benefit in the slower day’s sail as Efate Island, came into view at 9am 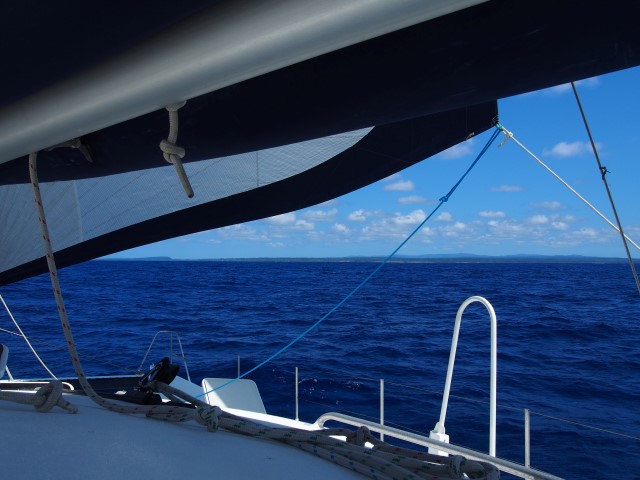 we came around the bottom of Efate 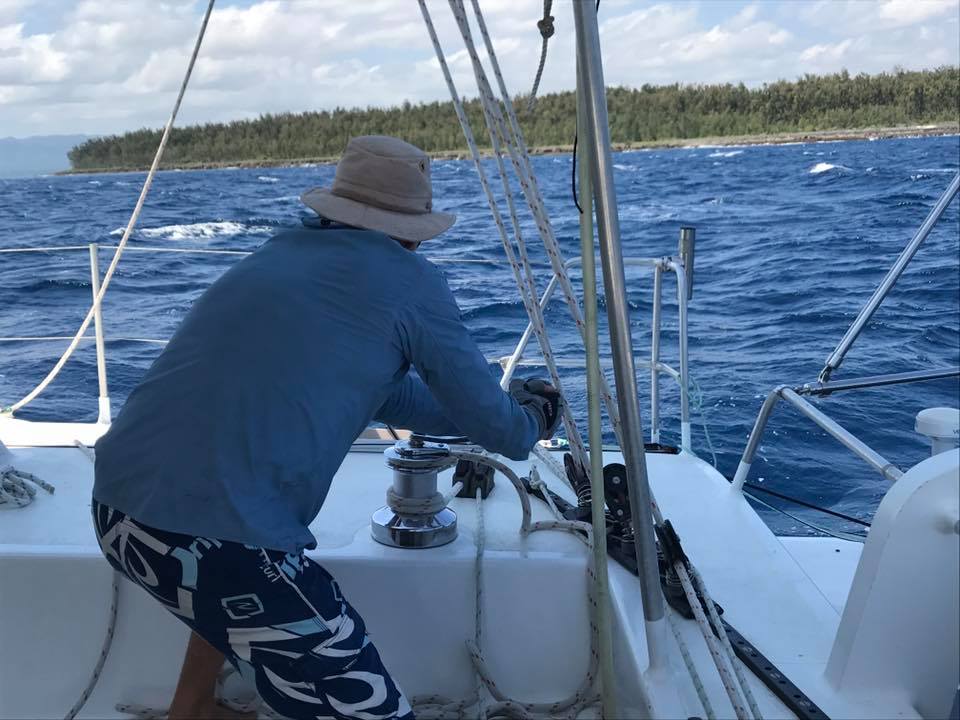 and anchored off the Quarantine Buoy in Port Villa at 3pm 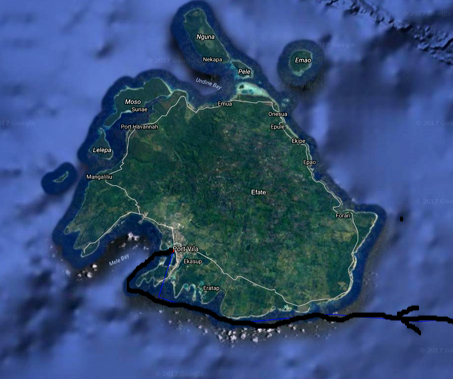 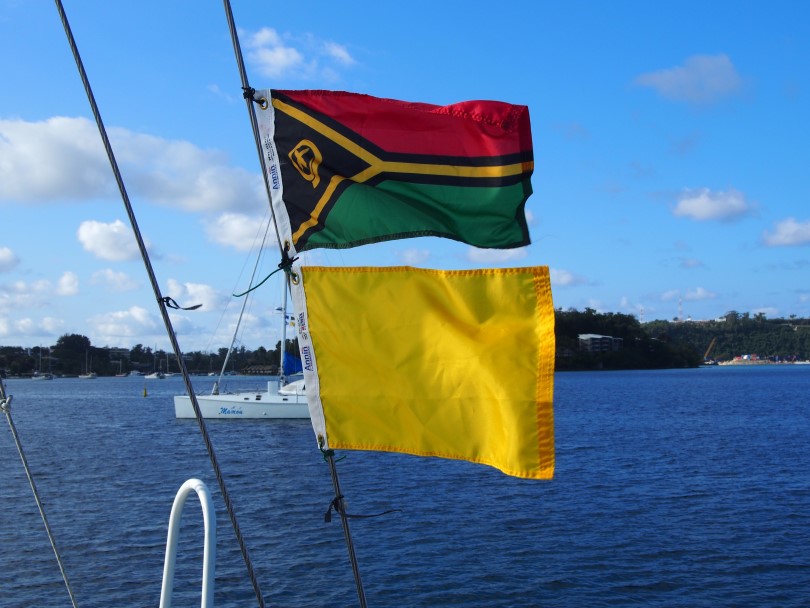 all the paperwork to clean into Vanuatu to be put together 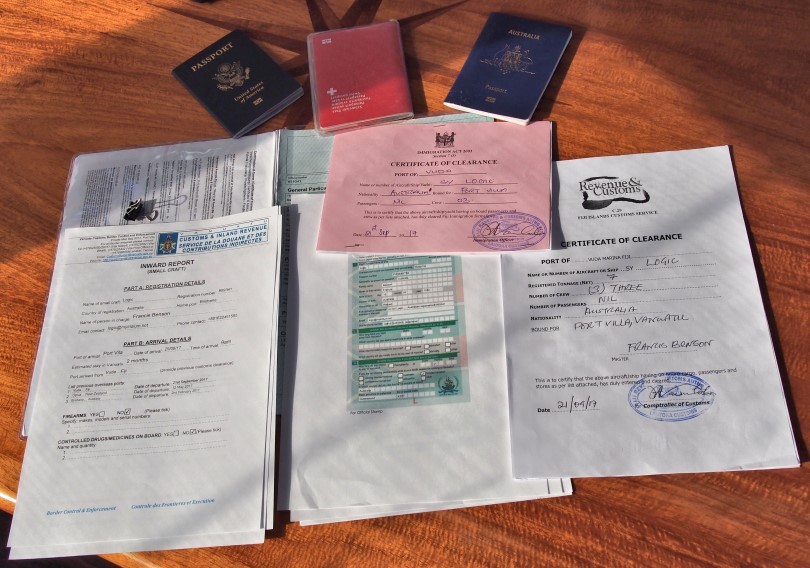 and the Vanuatian currency to go into the wallet (each one of those 1,000 Vutu note is worth $10USD) 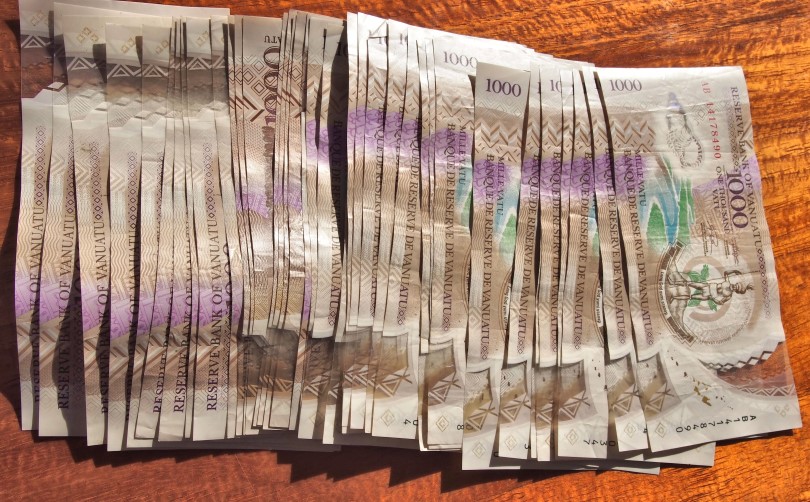 There where 15 boats on a race from Noumea to Port Villa already anchored around the Quarantine Buoy, so I anchored behind them. 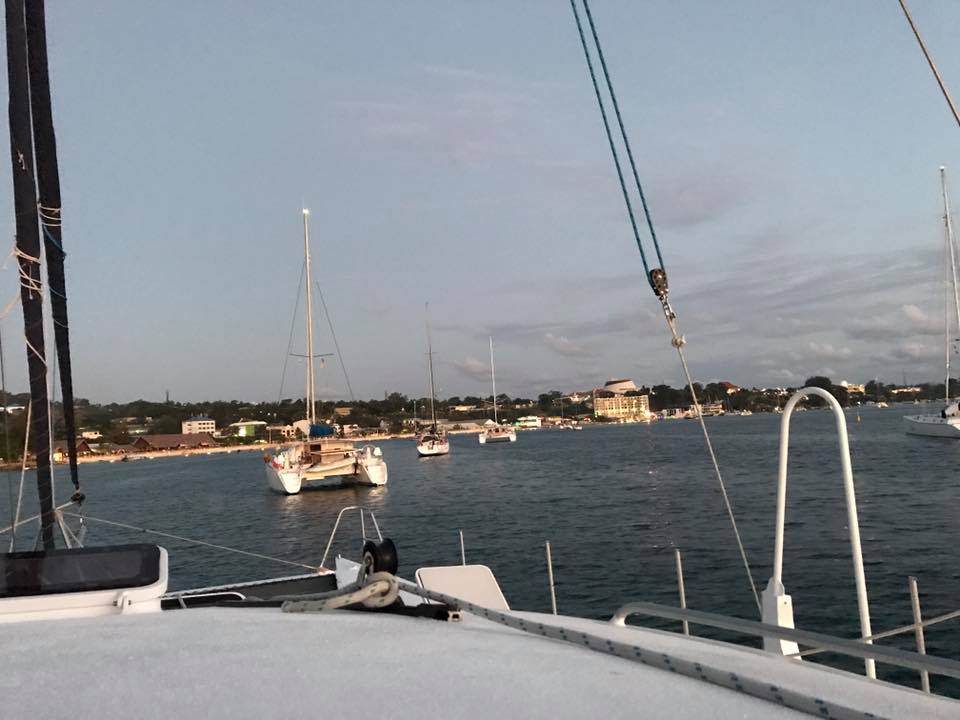 To learn a lesson about checking the depth sounder profile before dropping the anchor. When it came time to pull the anchor up, it was firmly caught under a massive lump of coral. Luckily the depth was only 6.5mts, so I snorkelled down, to put a rope on the back of the anchor and out of ledge the anchor was wedged, it came easily.

Luckily there was a space for Logic in Yachting World’s Marina.

At only 3,000 Vatu ($30USD) a night, it is probably the cheapest marina Logic has ever stayed in.  Free 240 volts, nice tasting, drinkable water, hot showers and the bar is only 20mt from the boat. 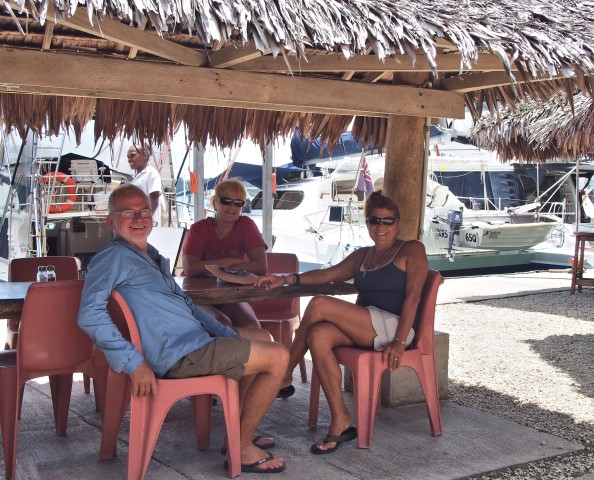 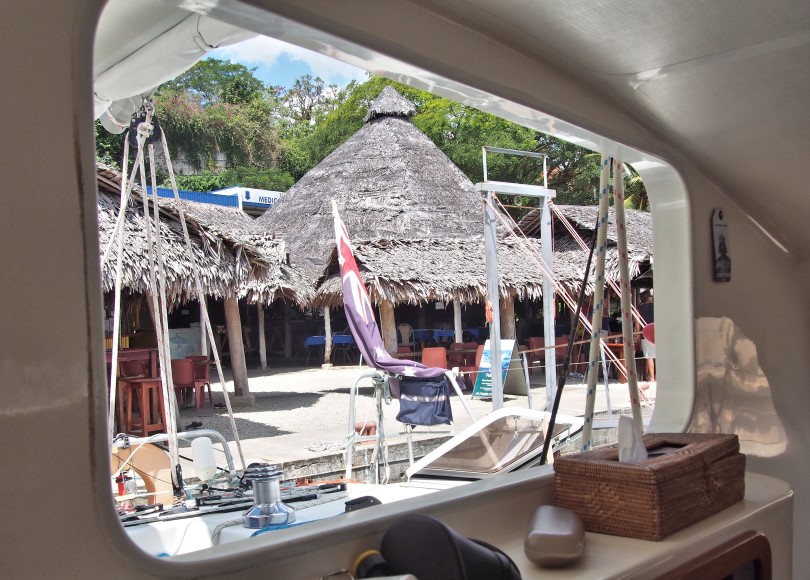 the local beer is Tusker. an appropriate name for a Vanuatian beer as up until recently (if the guide books are the believed), pigs rated above woman in the village hierarchy. 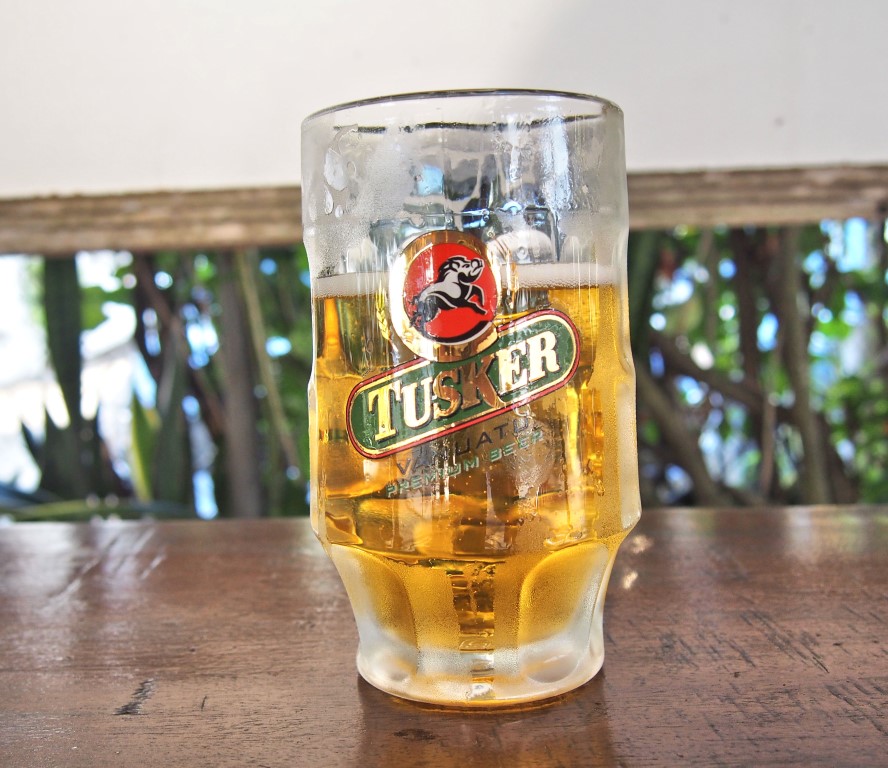 But there is an old style USofA sobriety test, one has to walk to plank back to Logic. 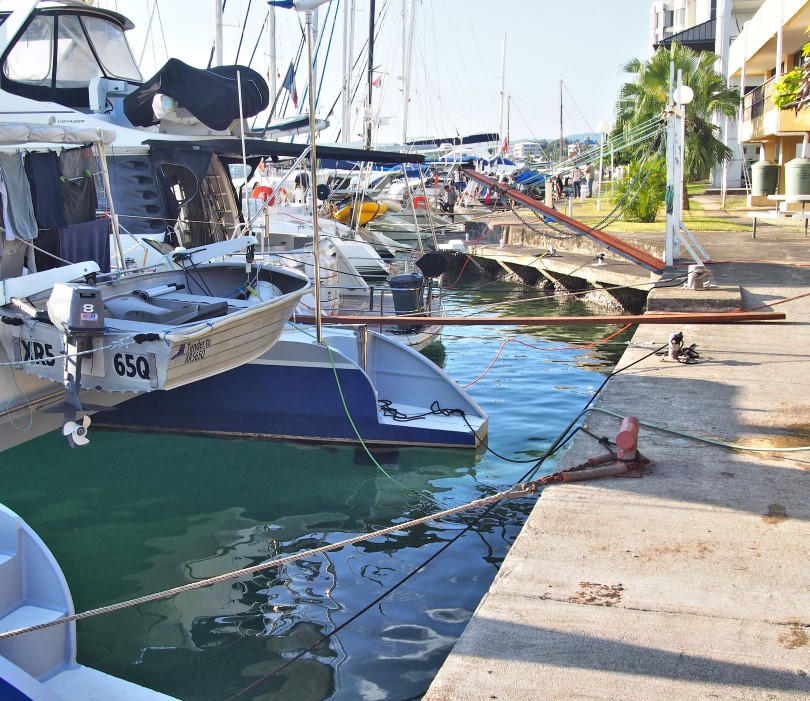 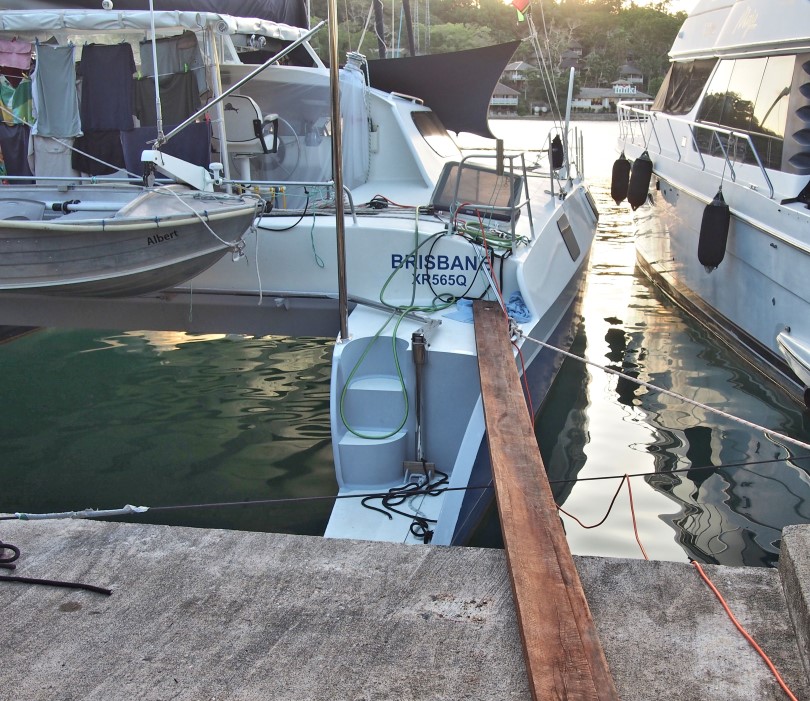 a 500mts walk from the marina is the local market 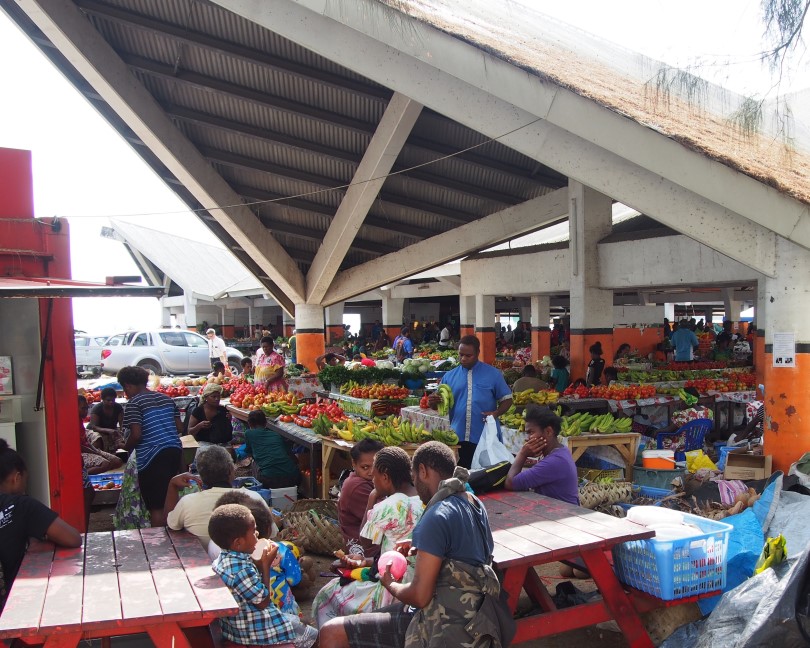 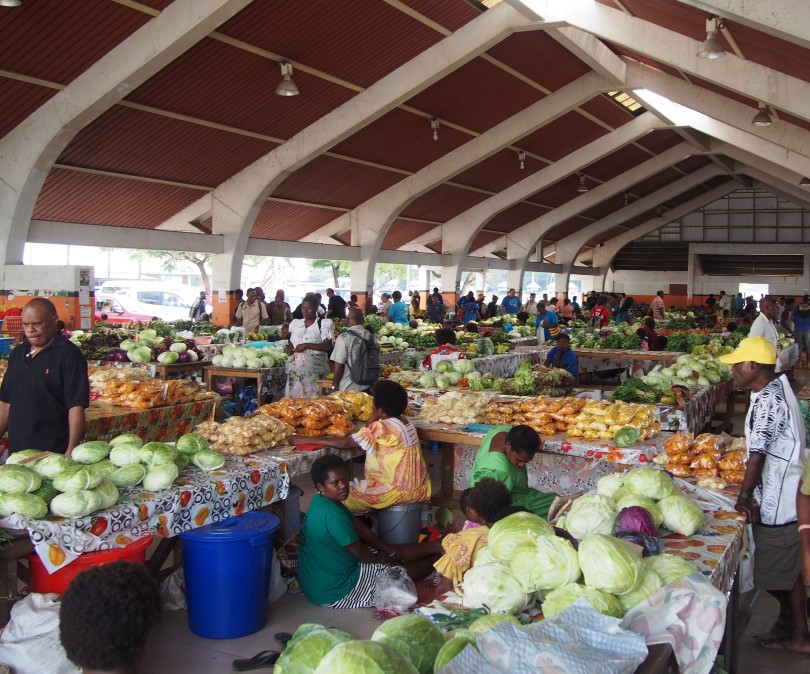 fruit and veg provisioning is going to a joyous experience (but not cheap, 100 Vatu to the USD) 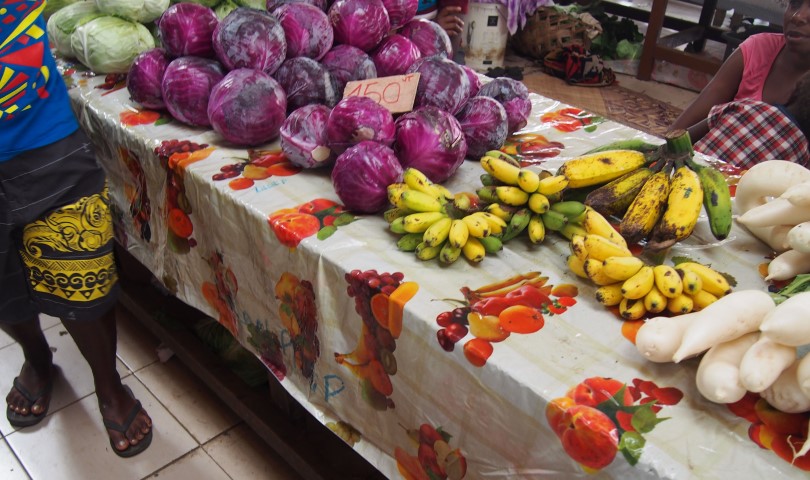 a different (for us) way of selling peanuts 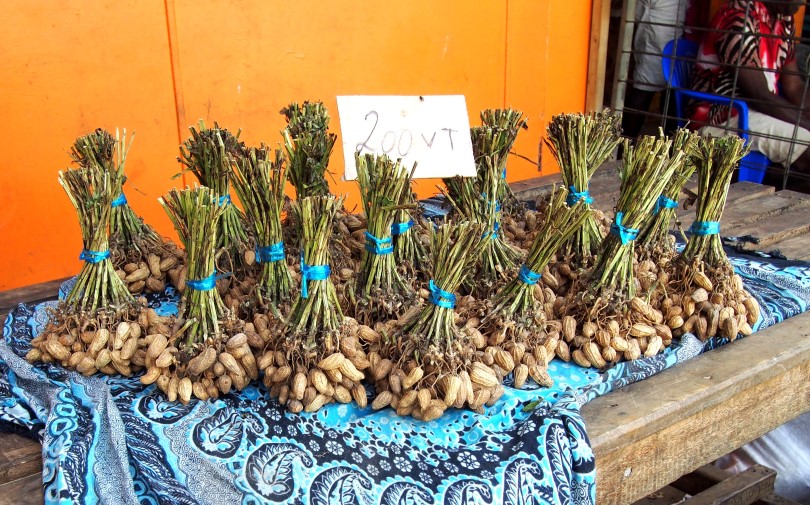 The problem with plastic rubbish is much reduced in Vanuatu, by the use of biodegradable bags 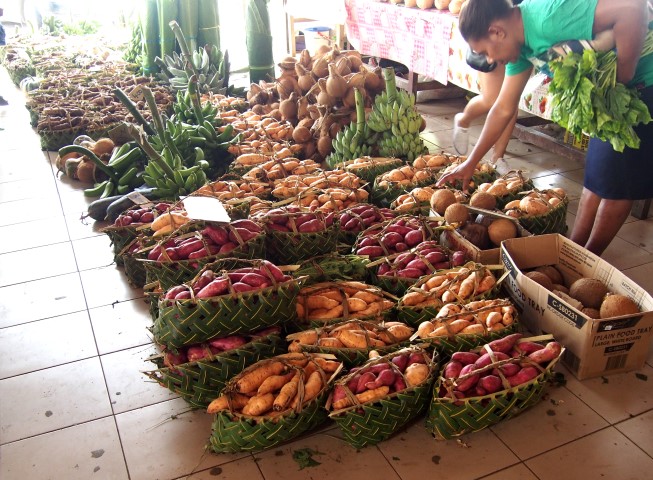 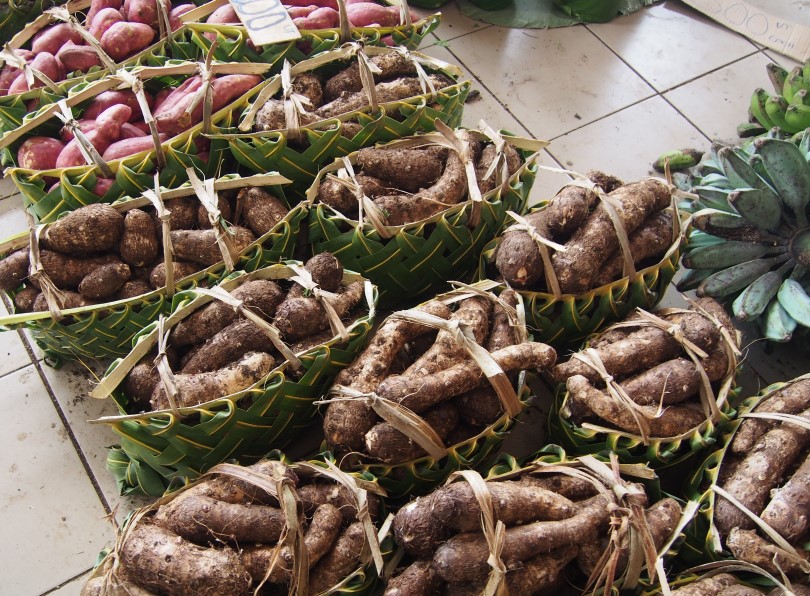 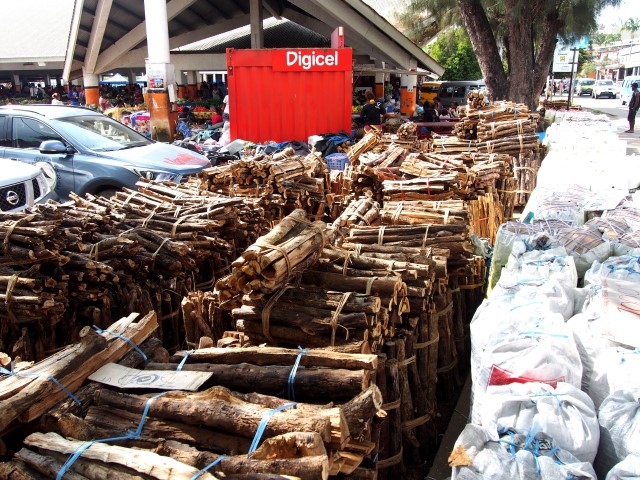 It is very hard to believe that people living like they are in Port Villa, still exist in our western centric mindset.

And like everywhere in the world, local mobile phone towers dot the high ground. I now have mobile data as fast as in Oz and cheaper.

We are heading over to New Caledonia in 4weeks time, for a month, then back to Oz