In my reading prior to departure, I discovered that Ice Hockey was the nearest thing to a national sport up here. So of course, I felt a need to see a game live, while we were up this way.

My stockbroker is an Ice Hockey tragic, and was eager to help me, make it happen. There is a multi-country professional league in the north of Europe, played to a world-class  high standard.

We found a game, that was on when Lisa and I were having a two day stop-over in Helsinki, between the local Helsinki team Jokerit and the team from St. Petersburg (Russian)  CKA. I had to pay scalper’s prices, but I managed to leave Australia, with tickets in hand.

The day of the game, was a big one for us, first we had to fly from Riga to Helsinki

(I have added another lot of photos to the last blog, covering our last 2 days in Riga) 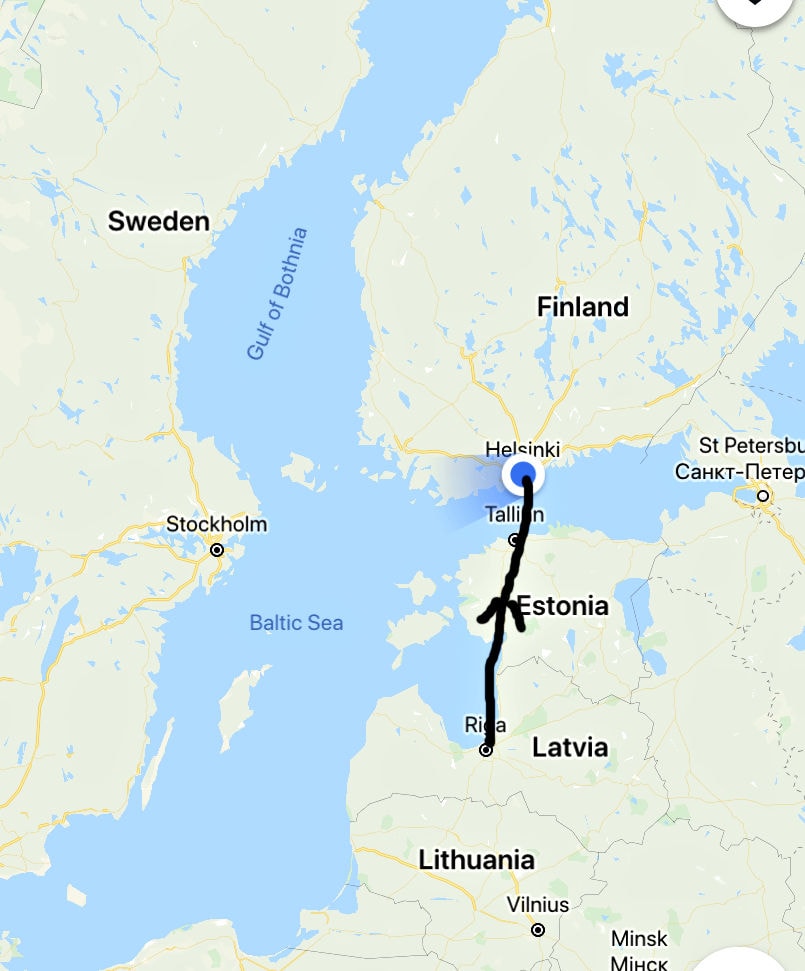 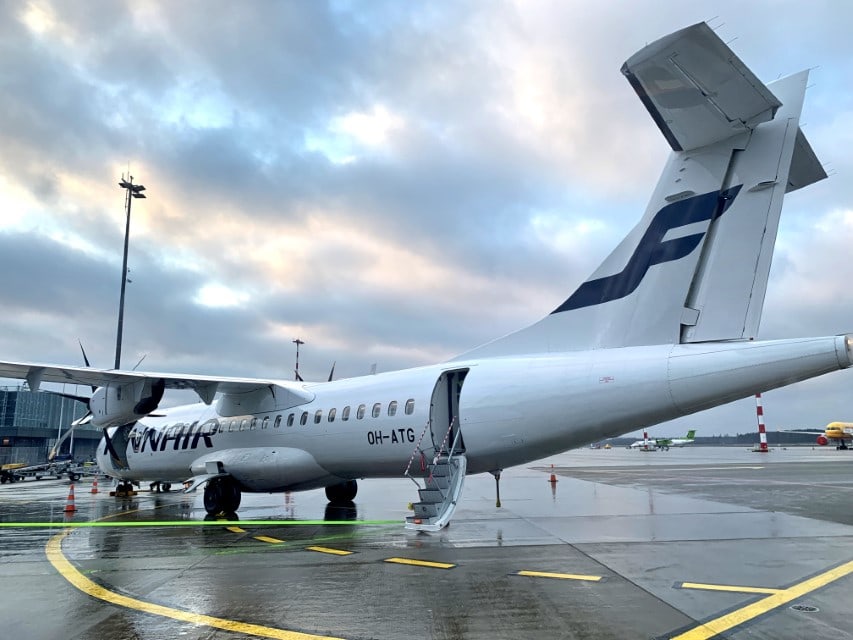 there was a very thick cloud cover, as far as the eye could see 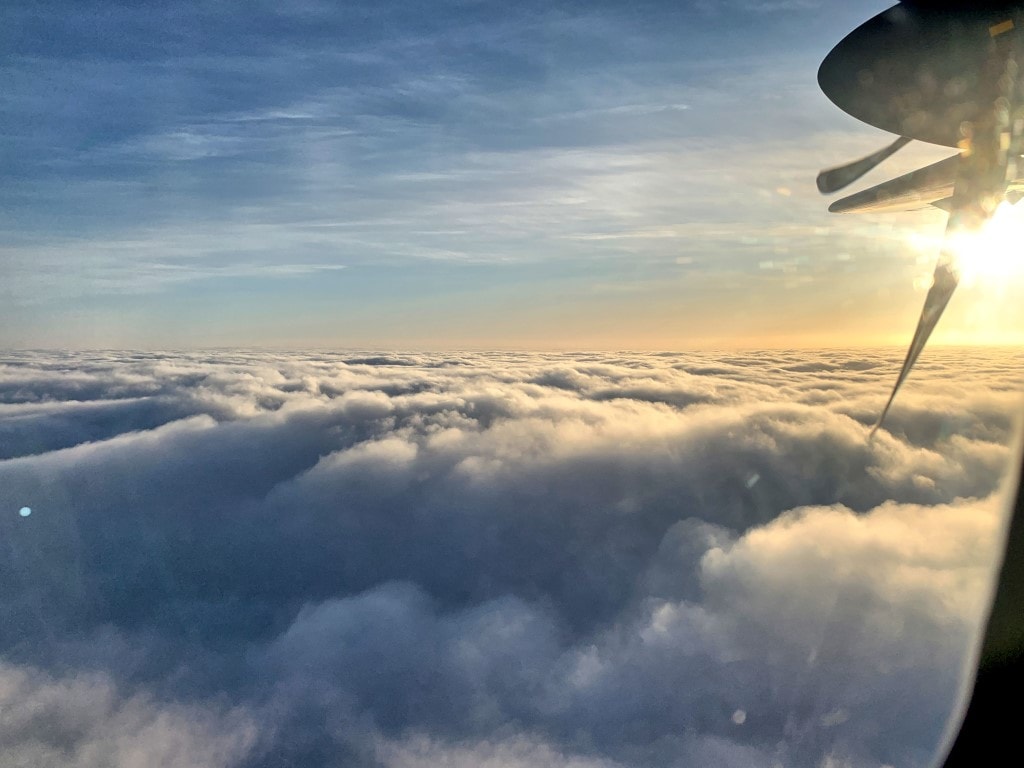 so, of course there was no sun, and drizzle when we arrived in Helsinki 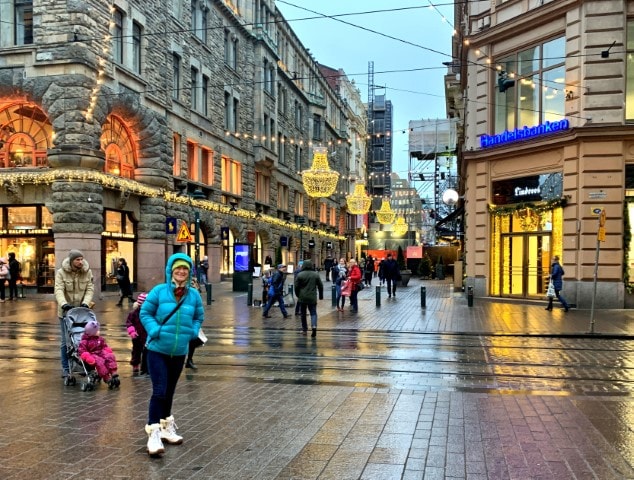 Christmas lights have been such a big part of my experience to date, that I will miss them, when they go down 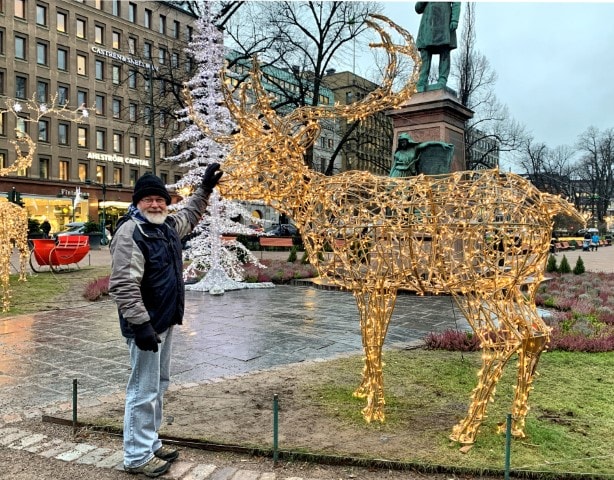 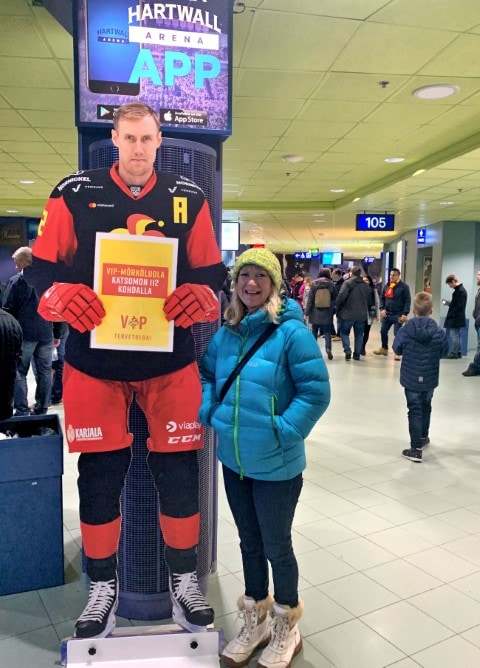 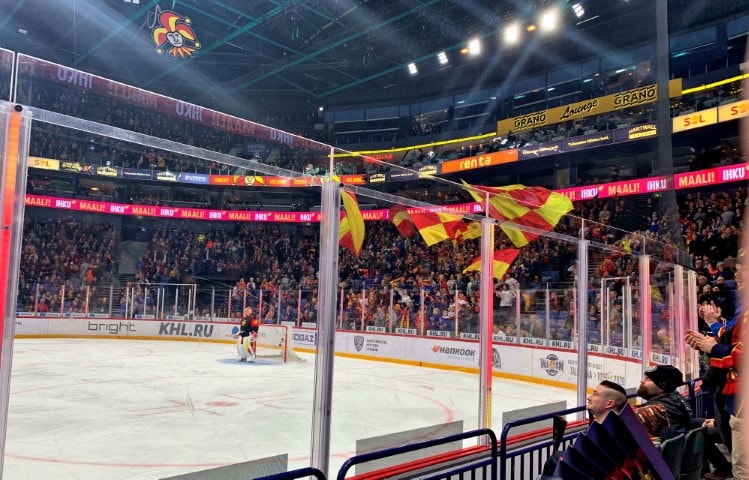 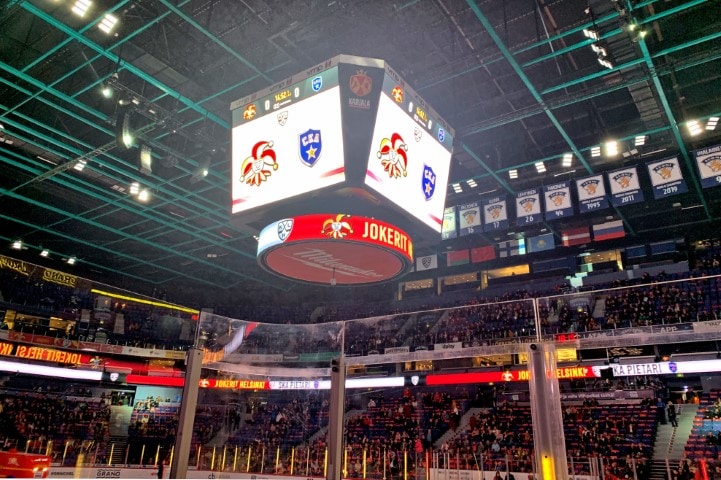 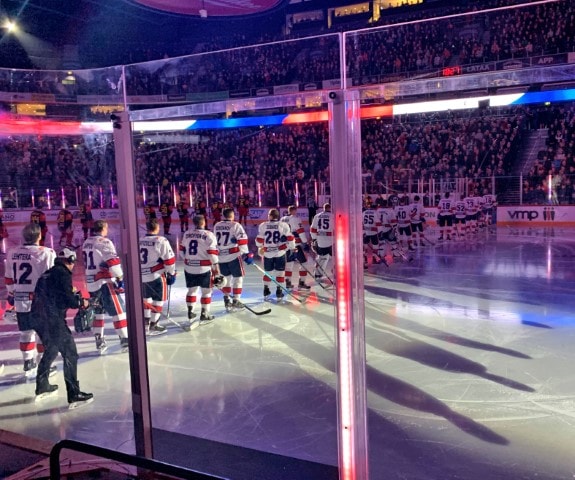 Ice Hockey is played over three, twenty minutes periods. With a 20 minute break between periods.

Unlike the rugbys, we could not take alcohol into the stands, so everybody would stream out between the periods of play, to grab a beer. 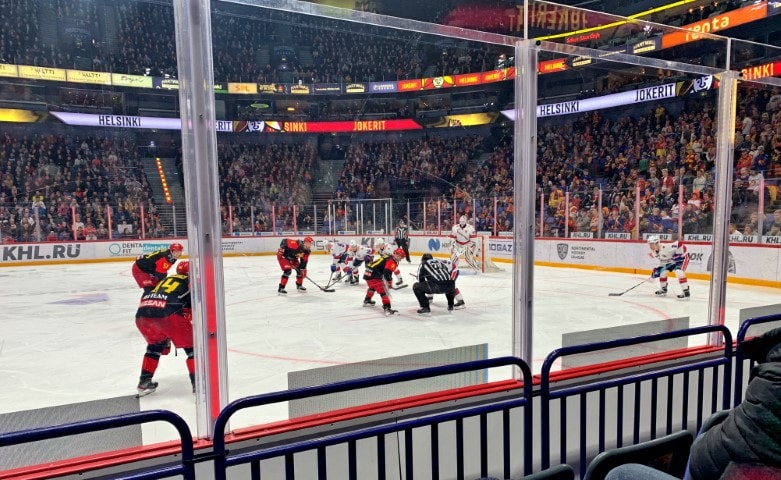 an hockey team is twenty players; 12 forwards, 6 defensemen, and 2 goaltenders. But only 5 skaters and 1 goaltender is allowed to play at any one time.

They go as fast and as aggressively as they can for a minute or two, then change over every minute of two, coming off puffing and panting.

Between the periods of play they put up the players statistics. Typically they were on the ice for 5-6 minutes per period, covering 1,500mts and top speeding at 35km/hr.

Making Ice Hockey a very fast game to watch, as the raced up and down the 61mt by 30mt rink. 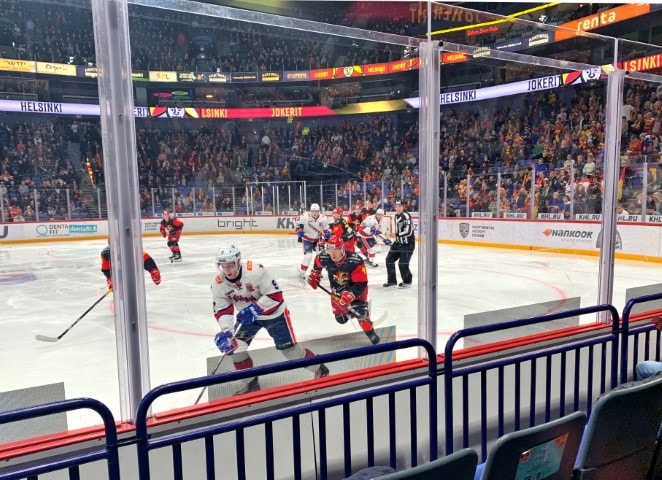 There were no goals scored during the first period.

Jokerit scored early in the second period. Then one of the skaters from CKA got sin-binned for 5 mins, with one player down, Jokerit went on a scoring binge, scoring another 3 goals. The facial expression and body language from the CKA skaters then, was that of them knowing the game was lost. Another 2min sin-binning had Jokerit scoring again.

There was only one goal scored in the third period, again when CKA was a man down for 2mins. 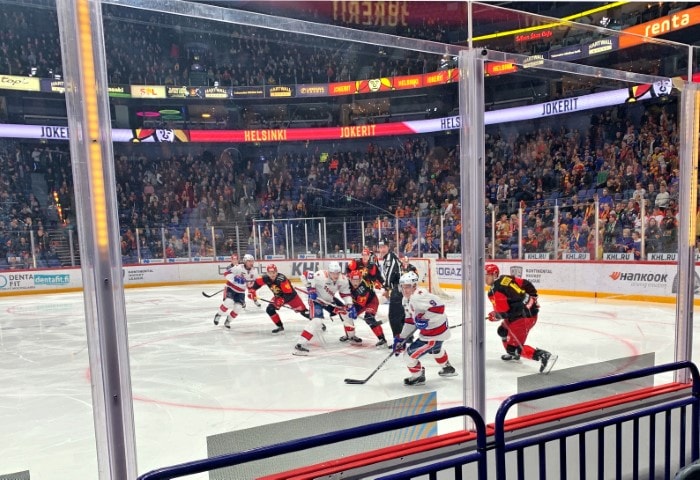 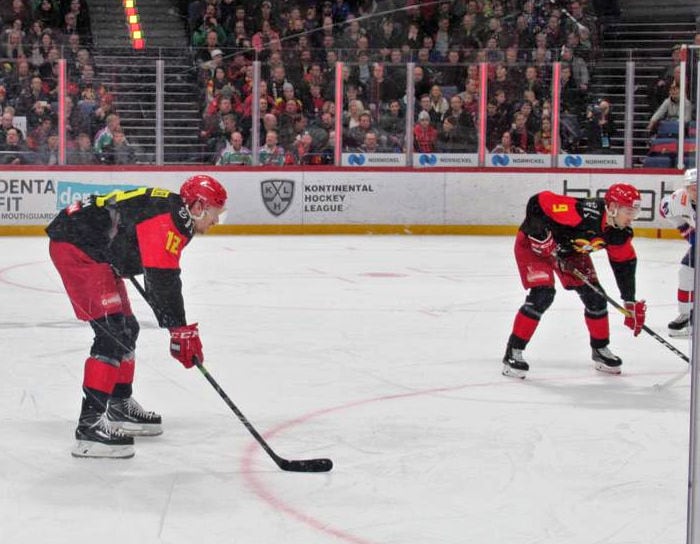 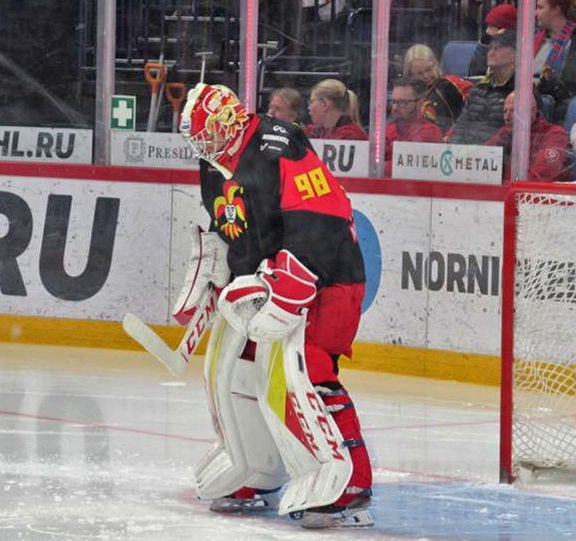 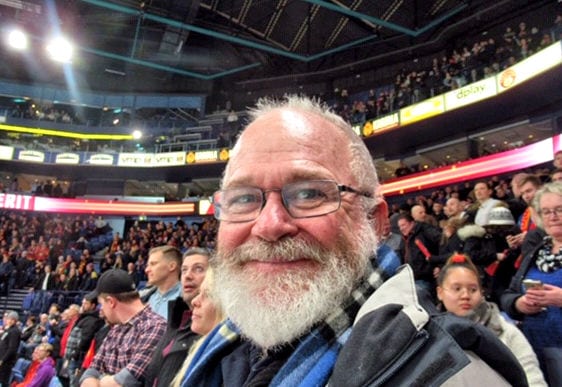 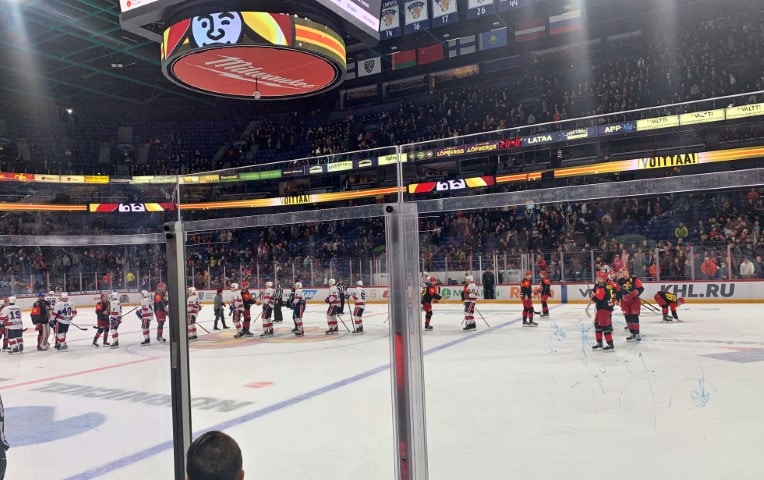 then the Jokerit players thanking of the crowd 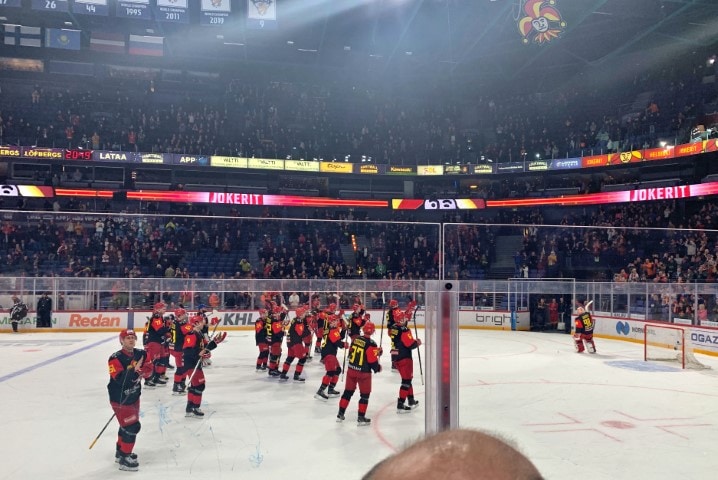 before everybody started streaming out 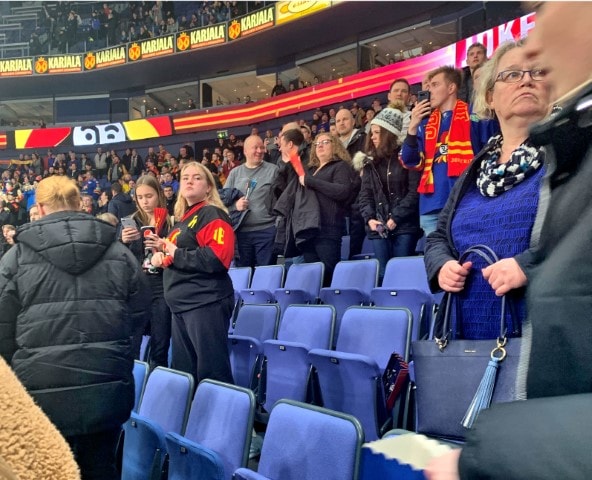 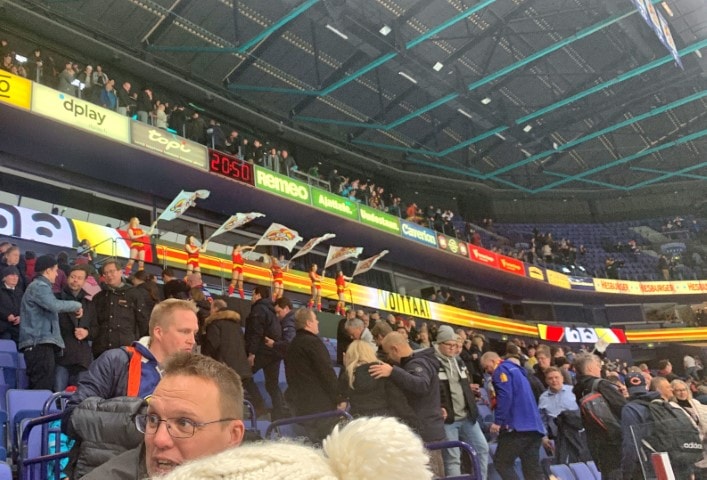 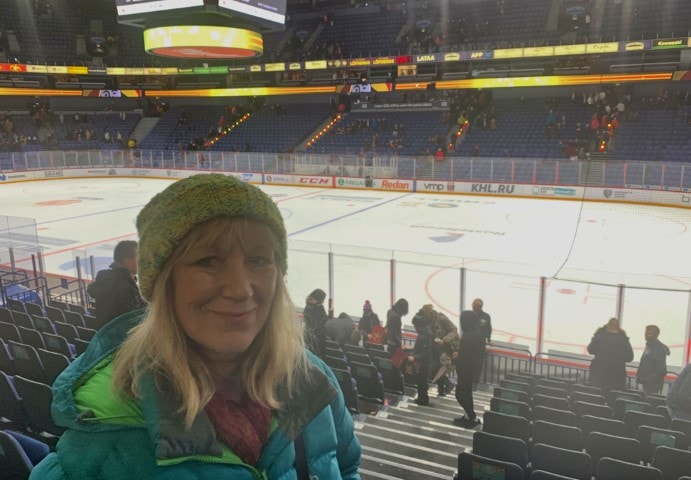 thanks Jas, your recommended seats, were perfect