Cairns to Lizard Island and back

For the last three decades, I have dreamt of sailing my own boat into Watson’s Bay on Lizard Island.

The 360mt summit of Lizard Island is where Cook climbed too,  to find a way out of the barrier reef after rebuilding his boat, following a grounding on a coral reef 50 miles to the south.

From a cruising yachties  perspective, Lizard is very easy to get to from the south, the problem is getting back. The days with northerlies decrease the further north you get and the south easterly trade wind increase in intensity. Most yachties that get to it, talk of waiting weeks to get back south.

My eldest daughter Kate flew up to join me for a fortnight, there was a nice weather window to go north, so we decided to go for it. Worst case scenario, she could catch the small plane back, while I waited for the wind to abate.

First night we anchored at Lowe Islands, a coral cay with a light house

Took the dingy ashore, for the 2-300mt walk around the island 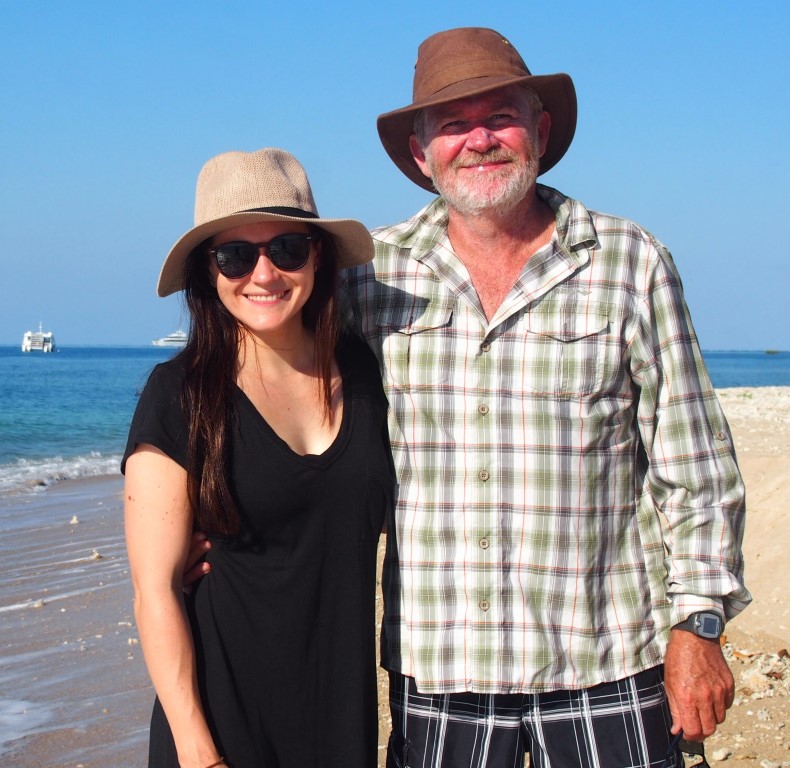 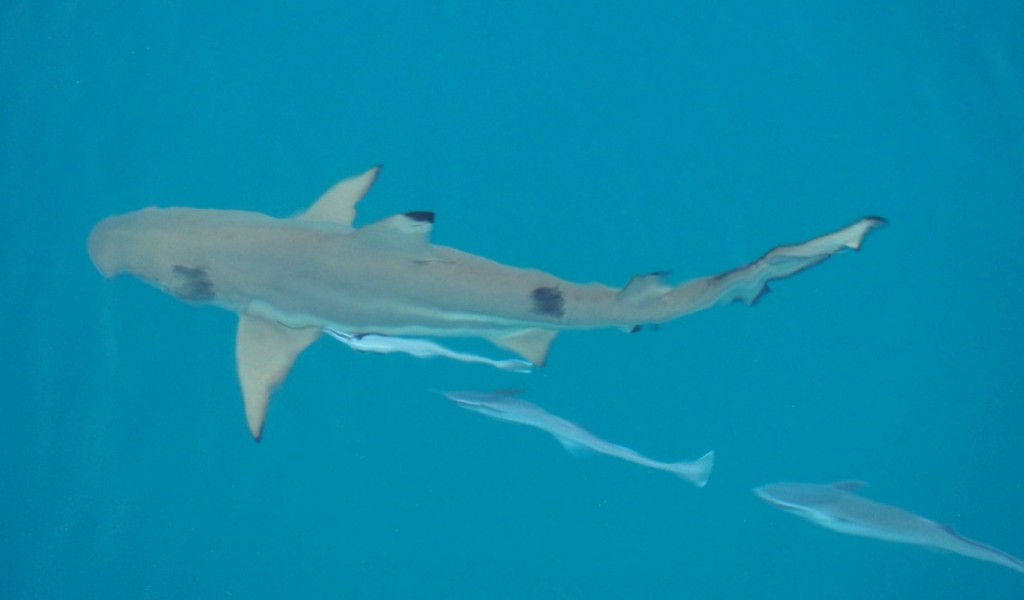 An hour after we anchored Alcandos with Steve, Evon and Mitchell arrived. I had struck up a conversation with Steve, 6mts earlier in Morton Bay. They invited us over for sun-downers drinks on Alcandos. 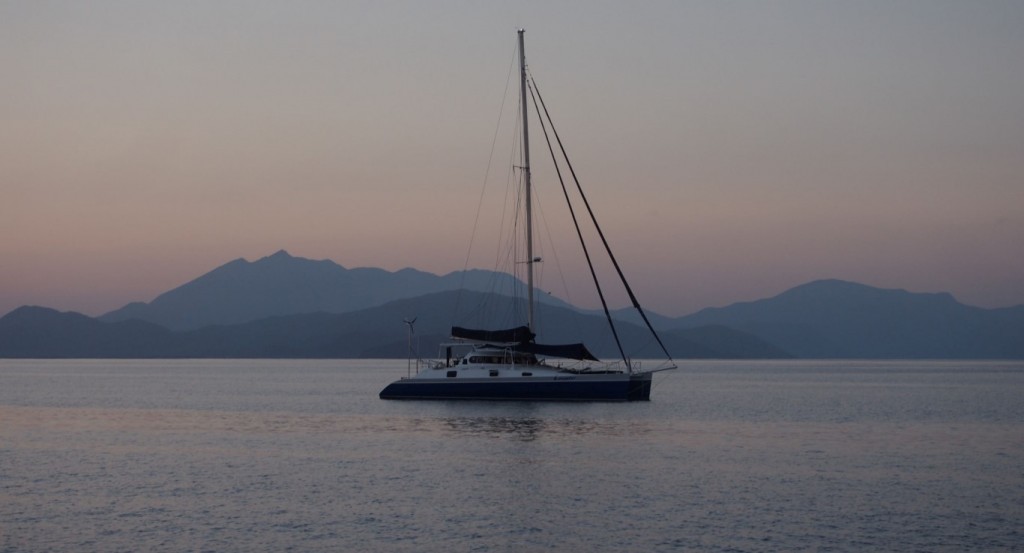 We woke to a glorious day 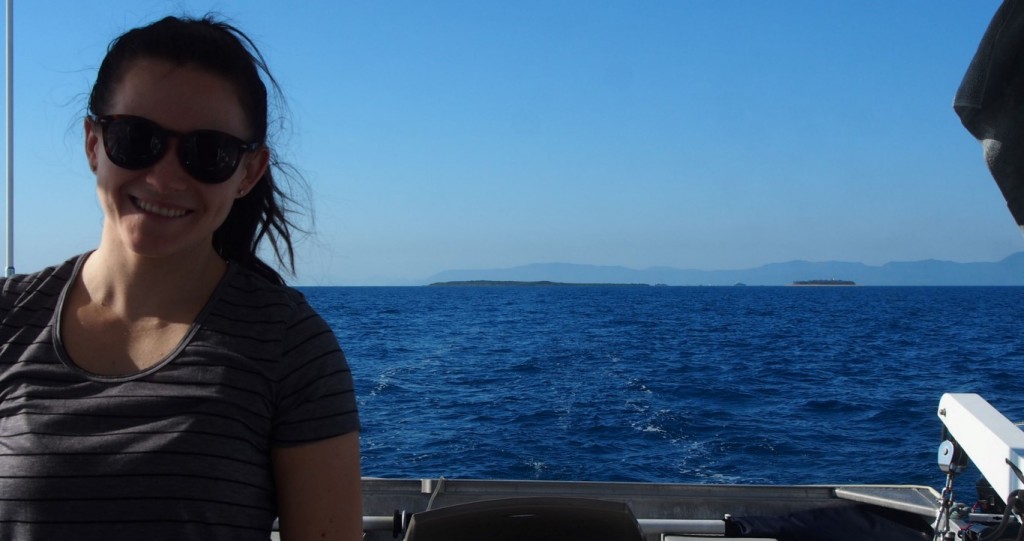 then to make it even better,  we caught at 7.5kg mackerel. 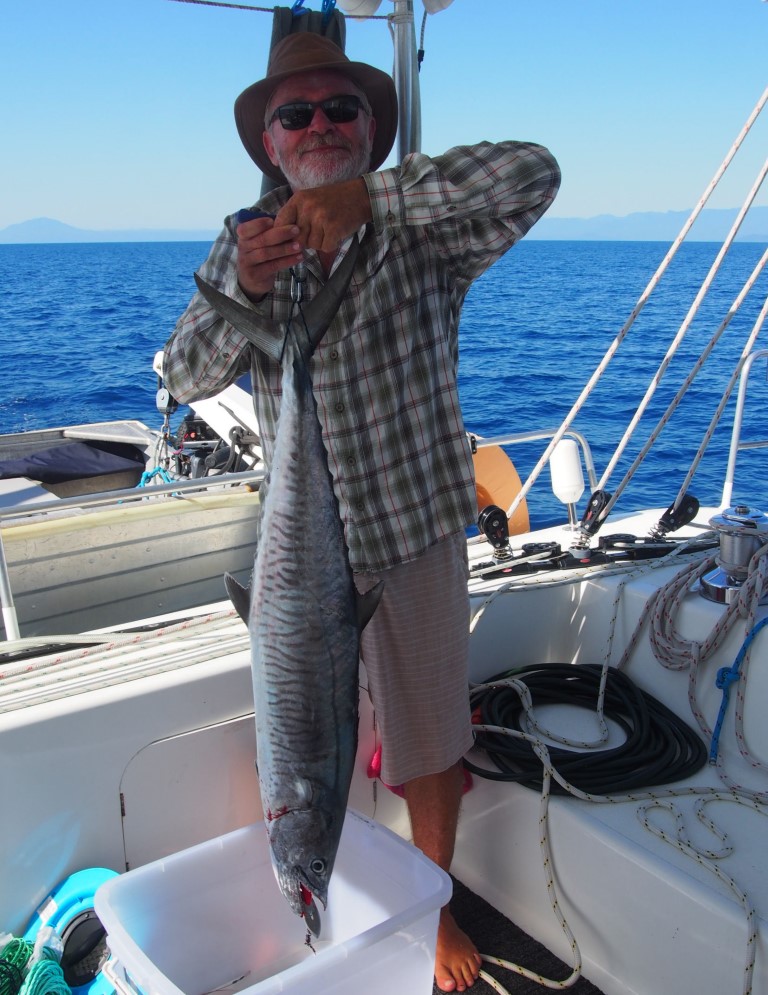 luckily the next one got away, a fish big enough to bend a hook that big, would have been a handful to land 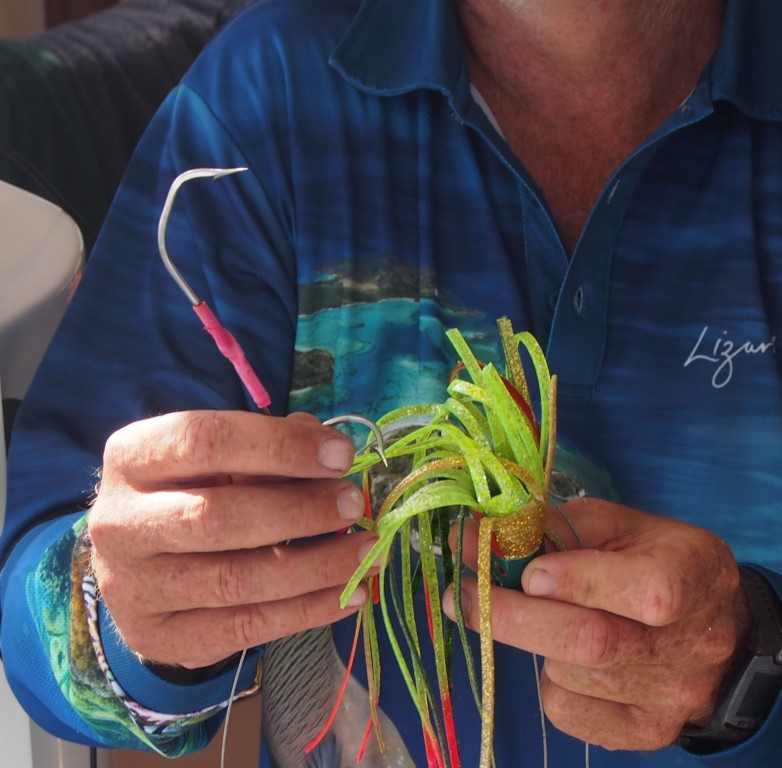 We anchored that evening at Pickersgill reef, which had a small sand cay and a lighthouse 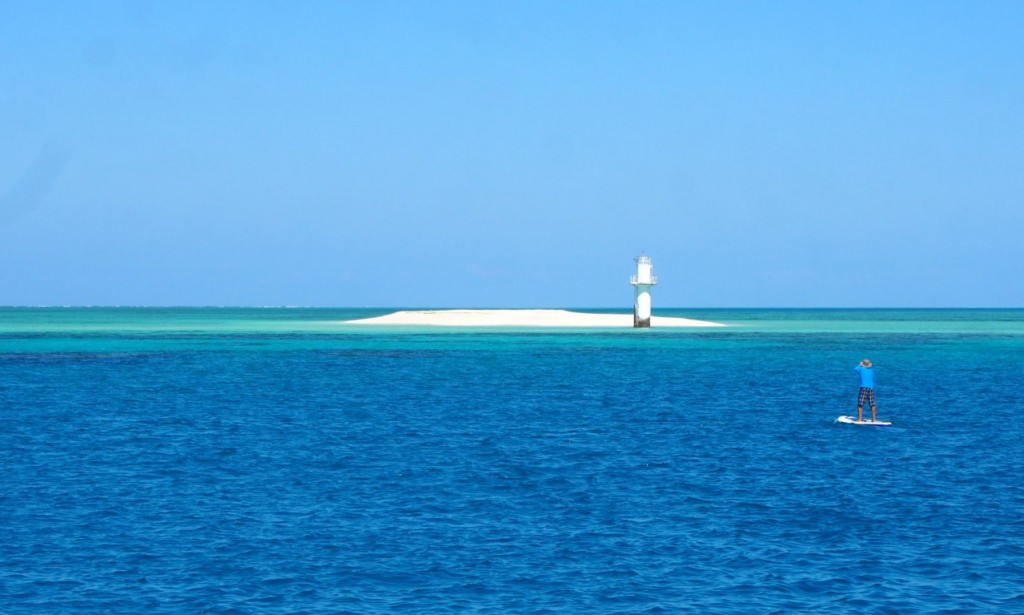 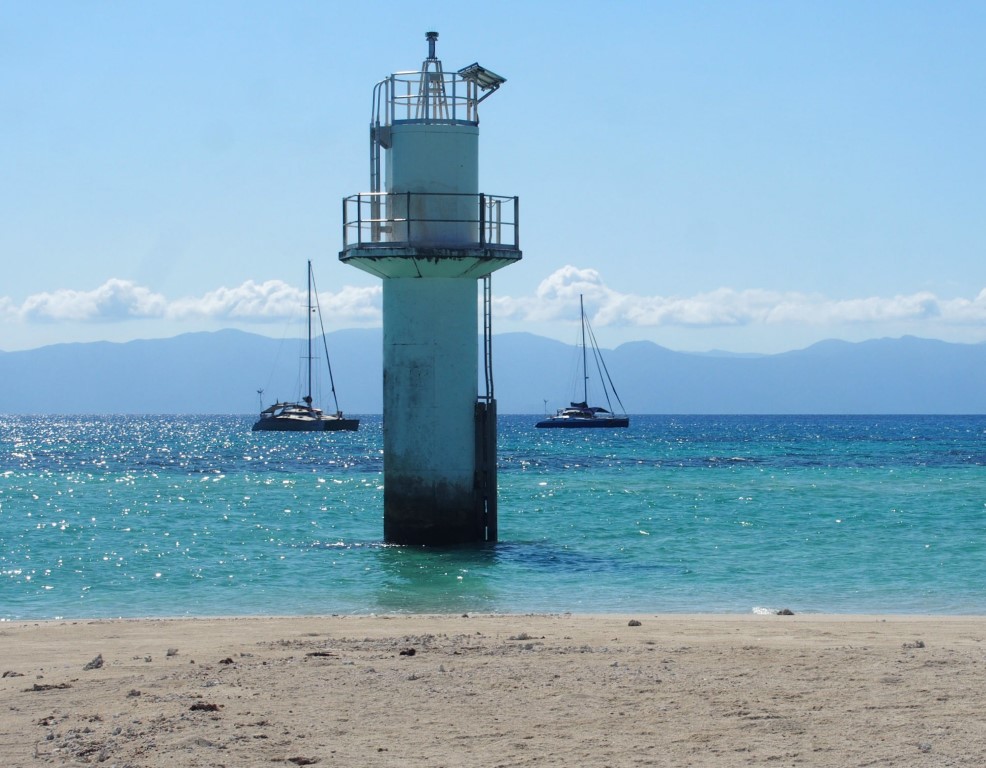 We met the crew from Alcandos ashore for sun-downers 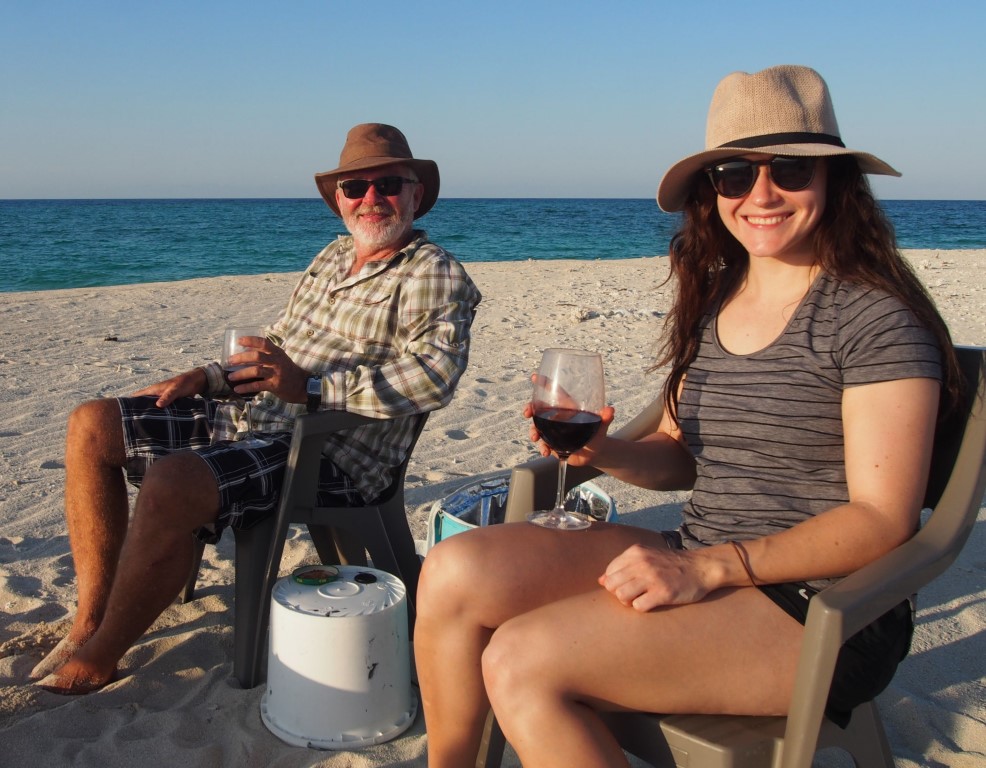 Boys being boys, Mitchell had to do some high diving 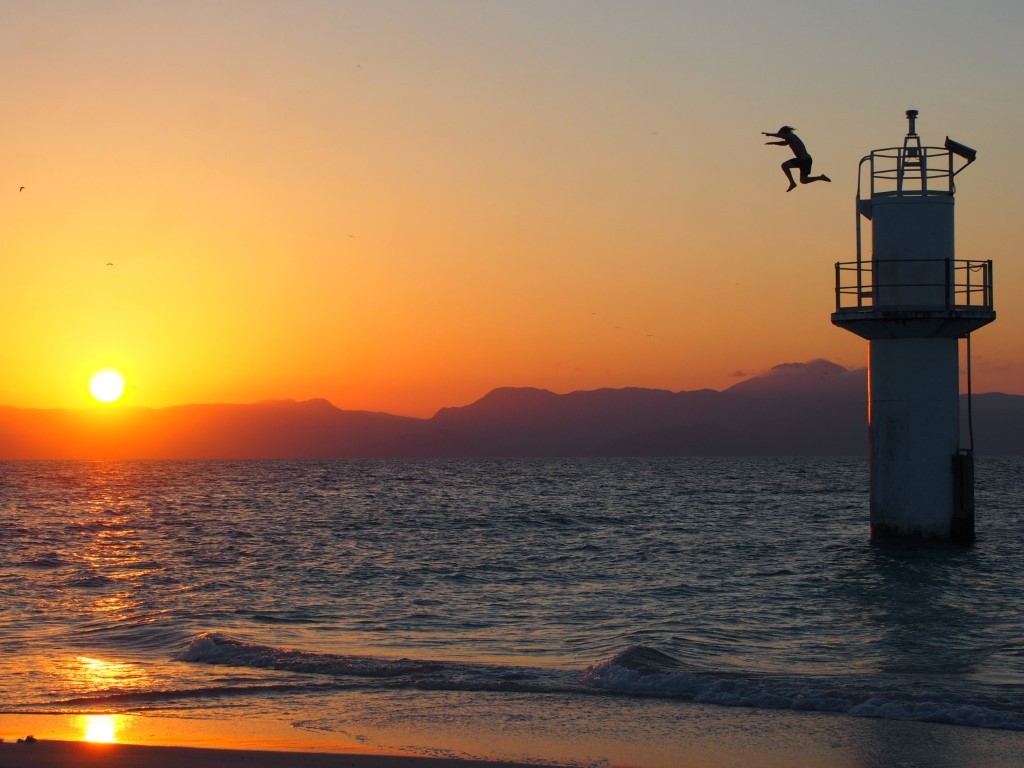 The next day, the wind came in and we had a quick sail to Cape Flattery 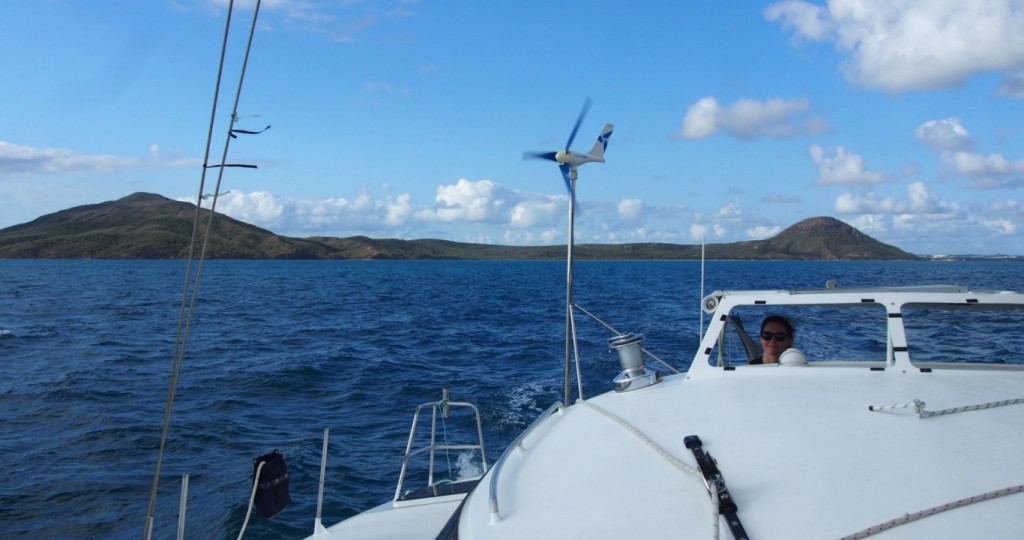 Cape Flattery had a direct hit from Cyclone Ita in 2014 and Cyclone Nathan last year, which was obvious from the building ashore with no roof and windows

and then there it was, sticking above the horizon LIZARD ISLAND 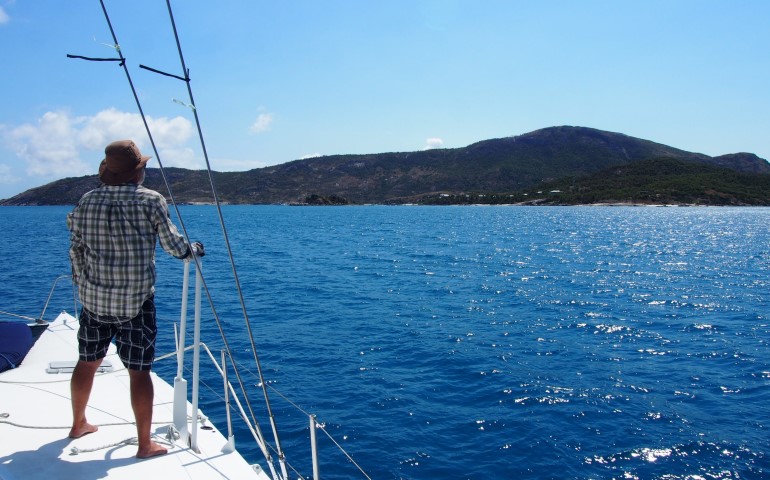 we did the walk across the island to Blue Lagoon, 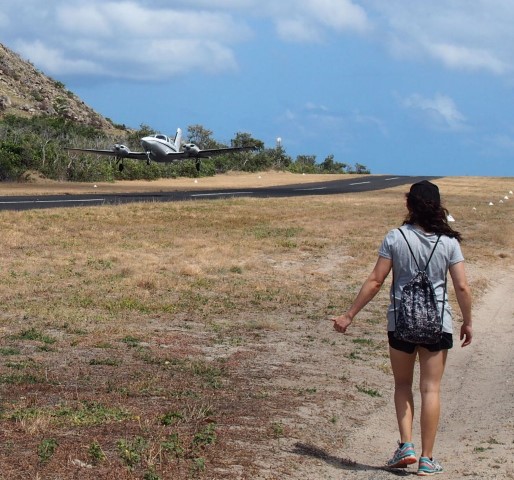 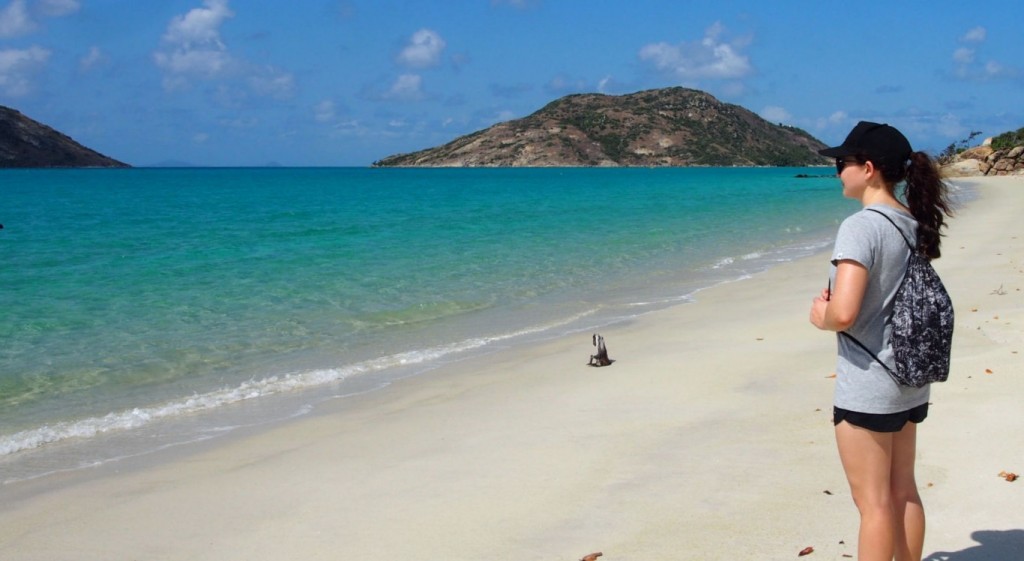 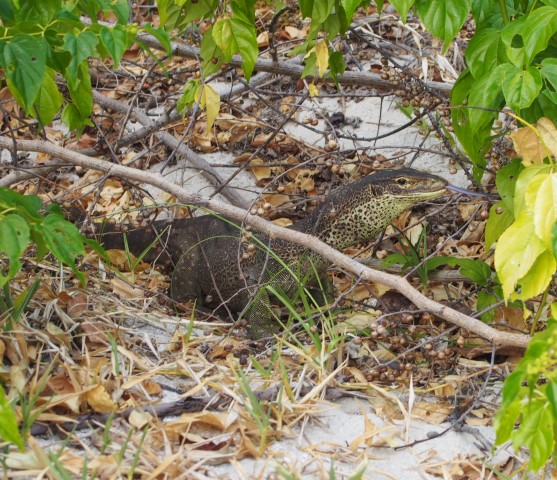 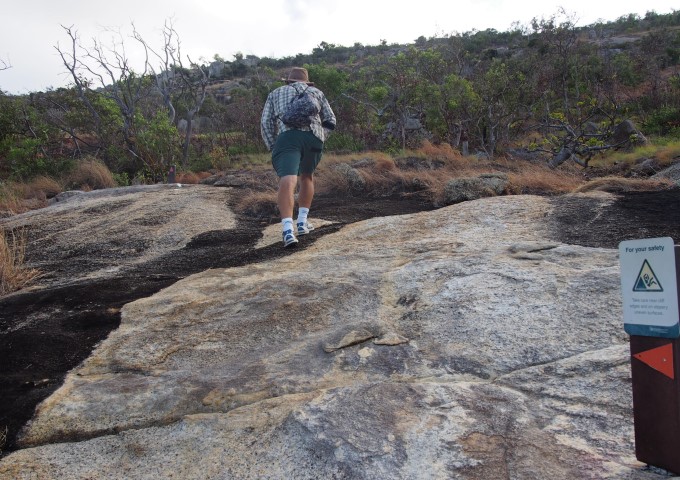 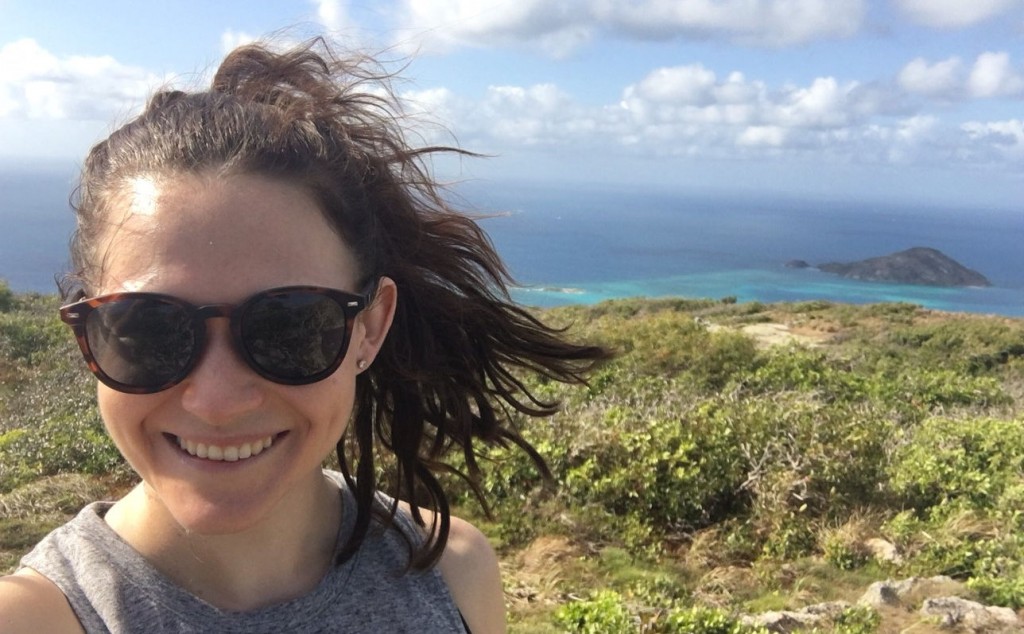 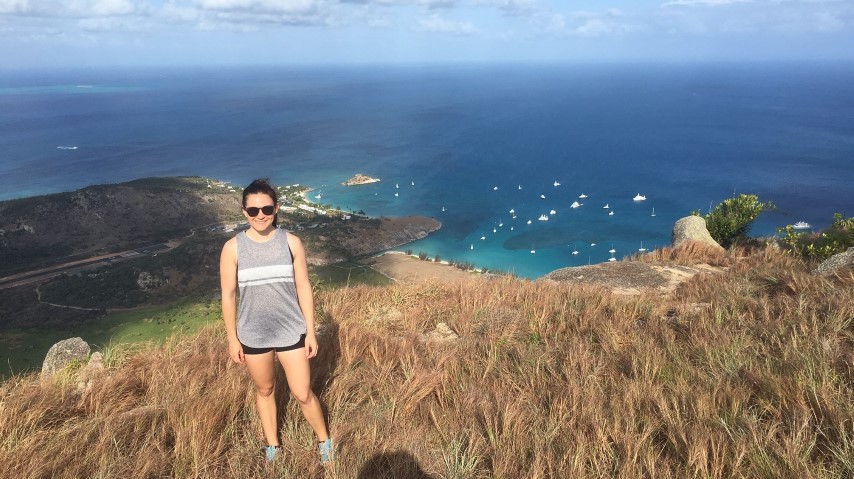 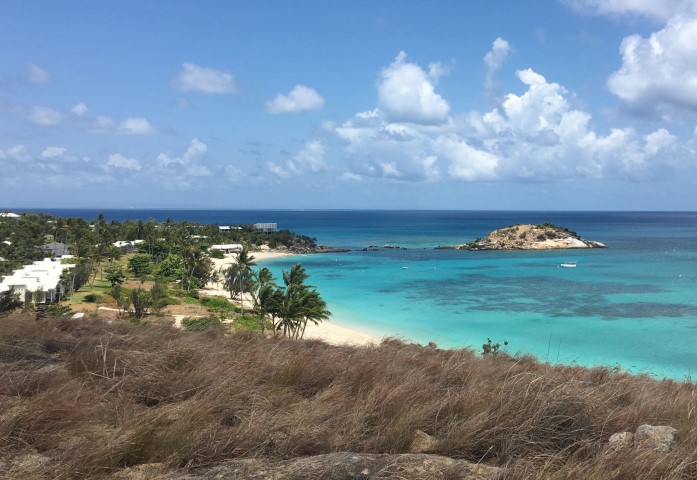 had a drink in their Marlin Bar 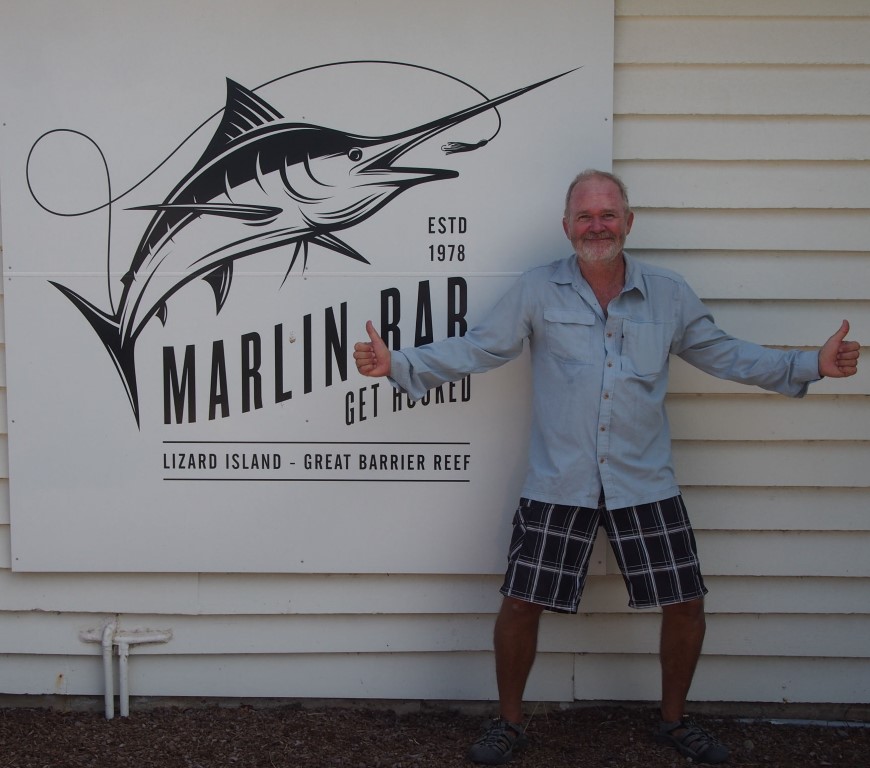 and watched the sunset 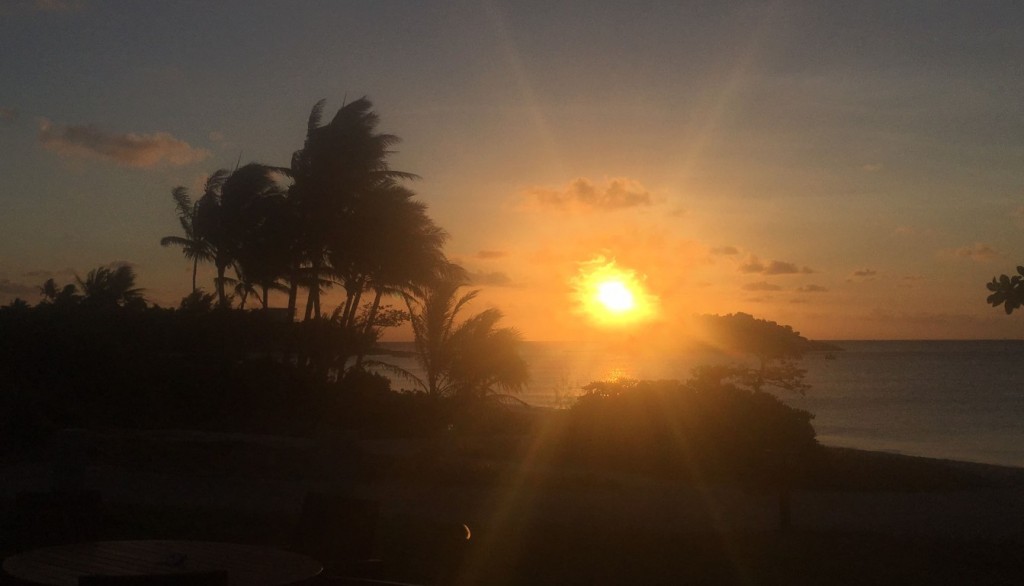 The cruising yachty  scene is very social, at 5pm everybody heads to the beach in their dinghies, for sun-downers drinks

We had a semi weather window to go south, 3 days after we arrived. 2 days of moderate easterlies, then strong south easterlies.

So very reluctantly we left Lizard 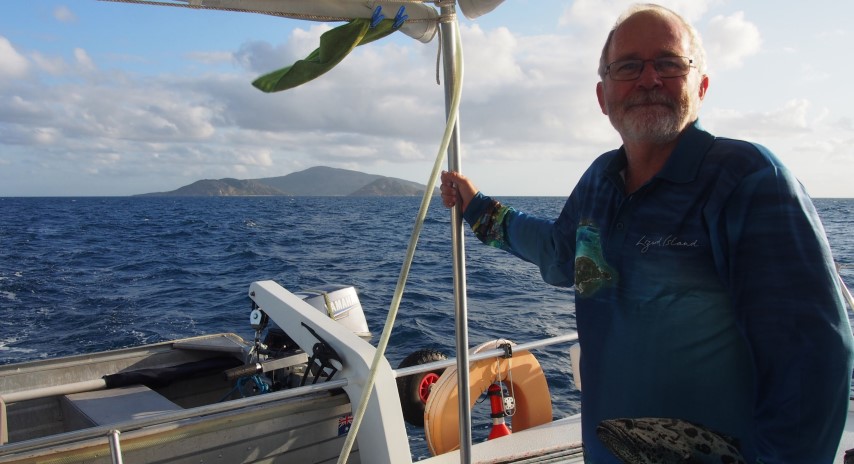 Where every evening, hundreds of Pied Imperial Pigeons fly from the mainland, to roost for the night 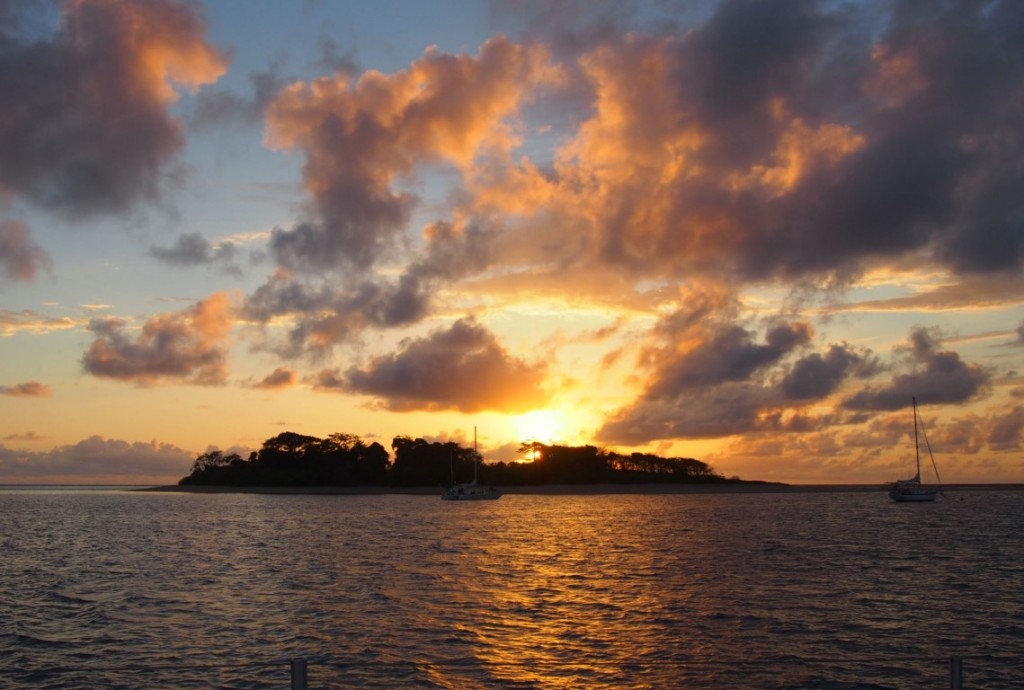 By next evening we were back at Lowe Island, then Vlasoff Cay the following afternoon. Where Kate and I had a sun-downers to ourselves on the cay. 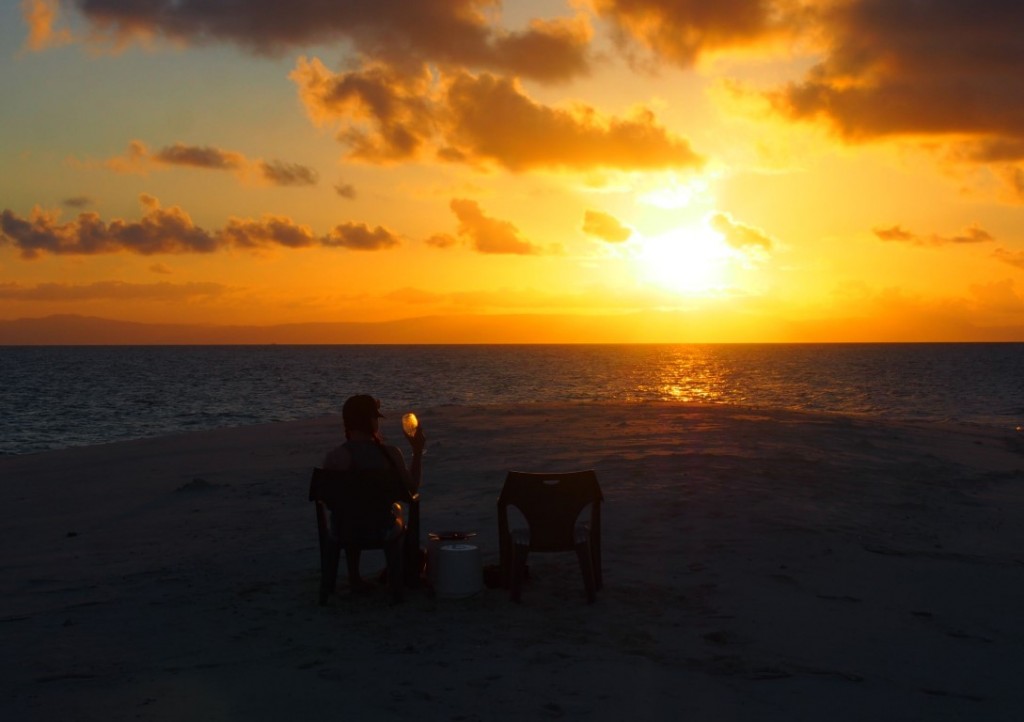 there was still 3 days of Kate’s visit left, so we went down to Fitzroy Island.

There was also a prawn trawler anchored there, who was more than willing to trade fresh prawns for beer. 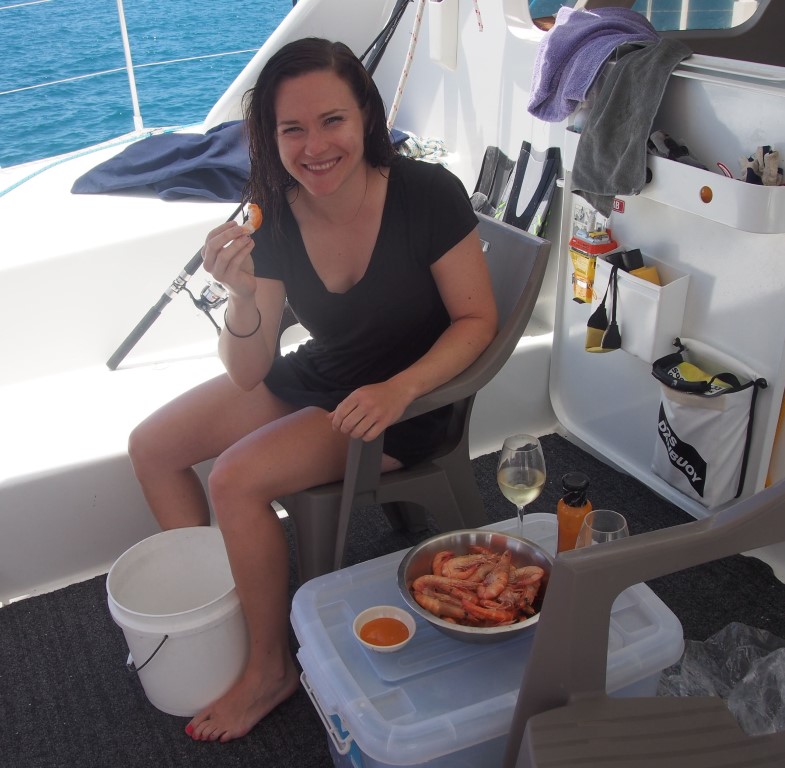 We did some snorkelling, the coral was very much the worst for ware, with hundreds of day trippers walking on it daily, but the fish where tamed due to all their exposure to people, resulting in some great fish photos 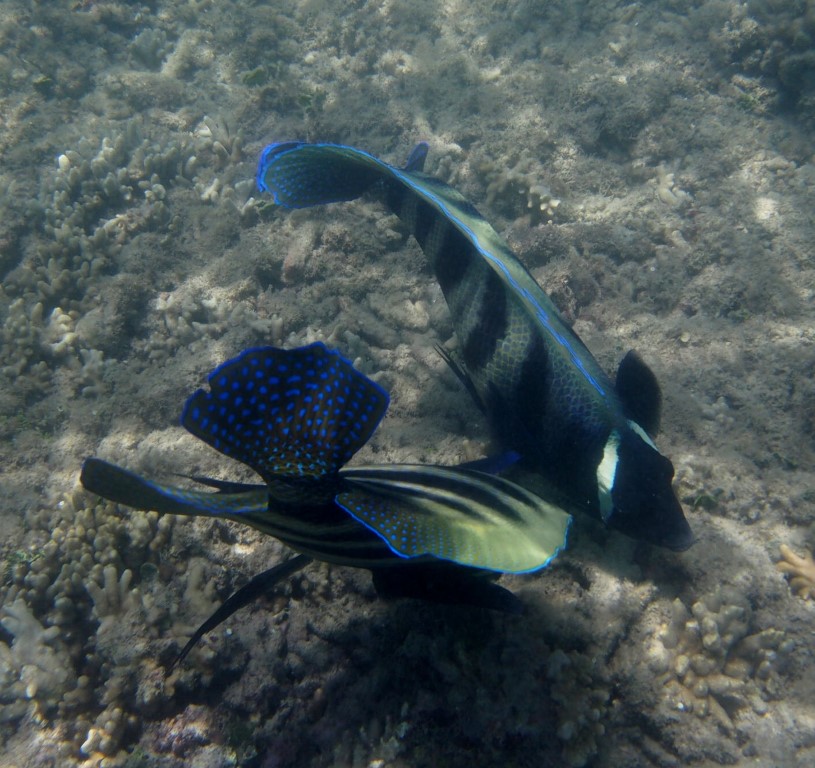 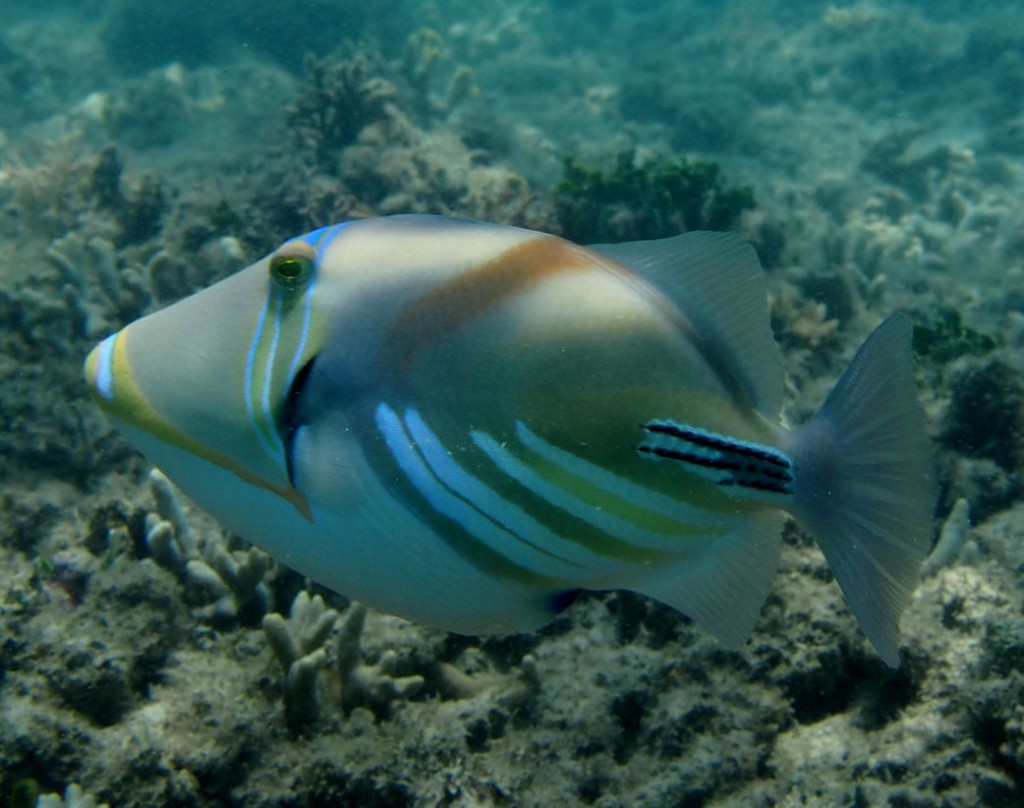 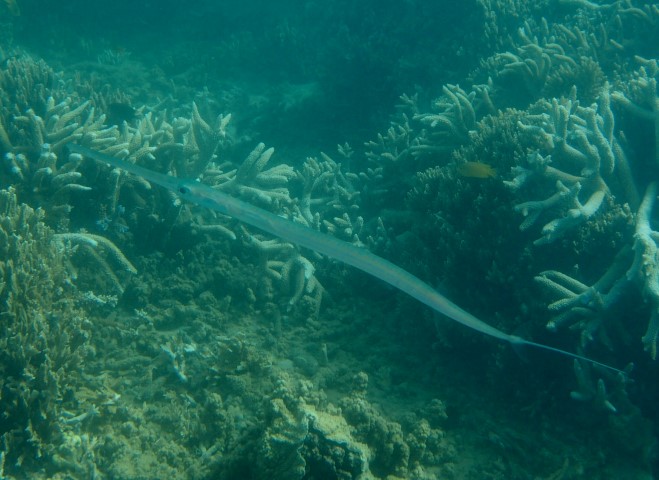 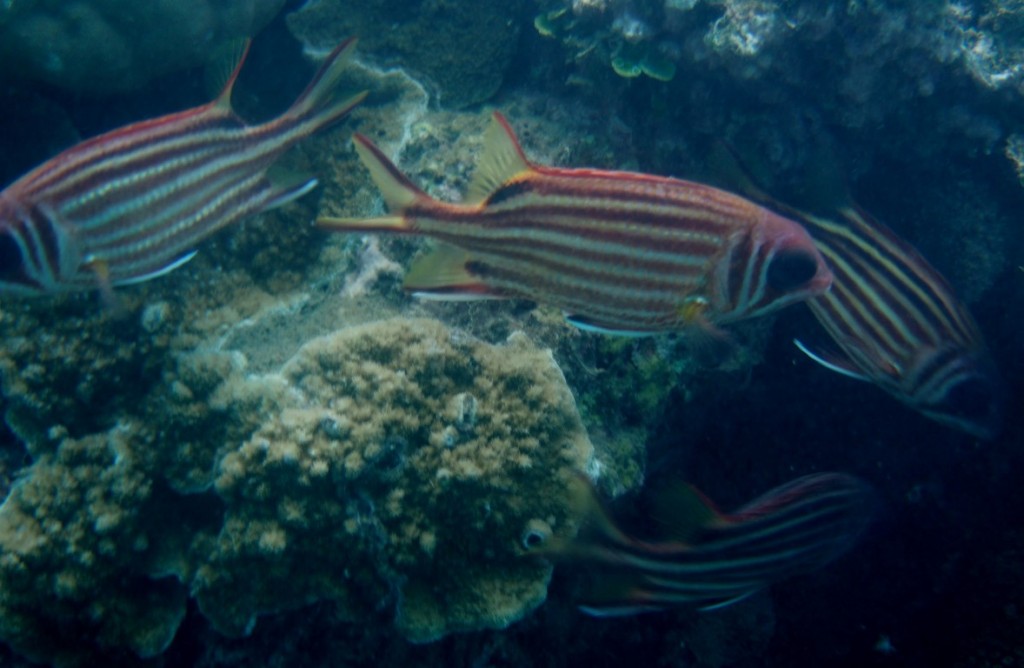 Then it was time for us too go back to Cairns for Kate’s flight home.