Logic and I have sailed over to New Zealand to escape from the heat of a Queensland summer. Now we are here it is time to explore this amazing country, and it’s very friendly people. 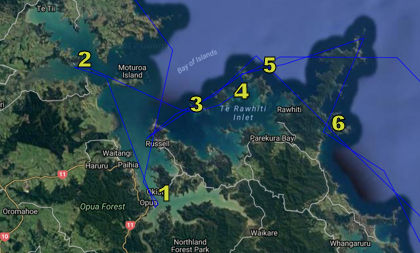 The initial week post arrival in NZ was rainy, so I decided to stay put in the marina in Opua (1) 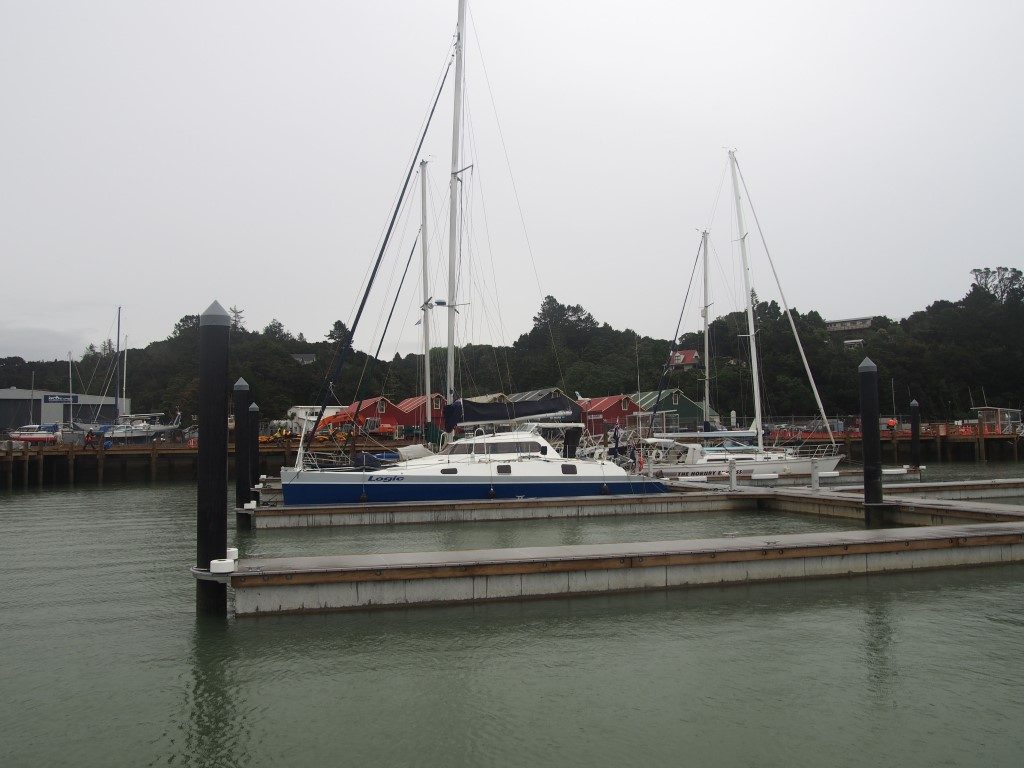 First anchorage was Kerikeri (2) where I anchored off one of the plethora of marinas that are everywhere over here. 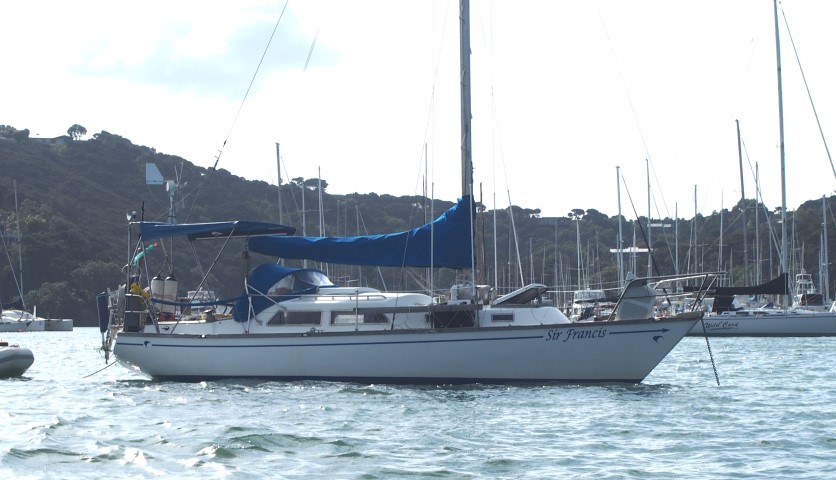 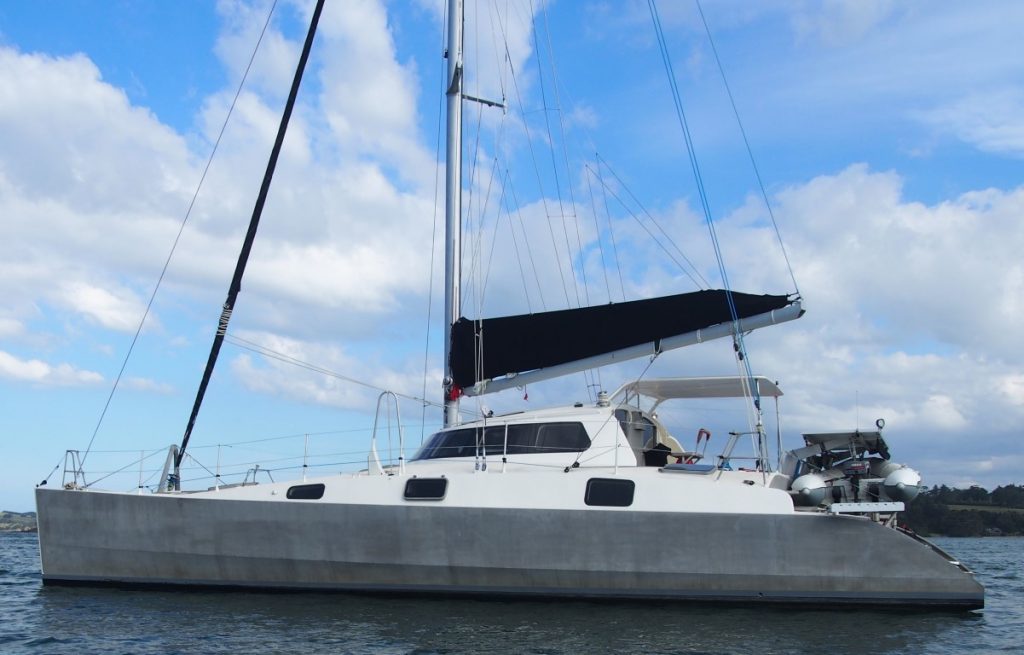 Next stop was Motuarohia (Robinson) Island (3), Where Murry and Joey, who I had met at a bar in Pahia had invited me to dinner and offered me a bed in their “love shack” for a night. 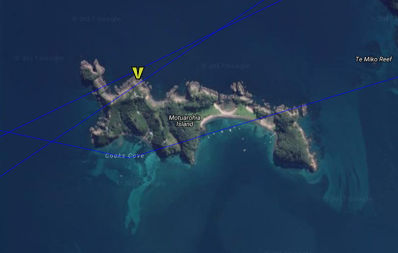 To get up from Cook’s Cove, Murry and Joey drove me in his WW2 restored Jeep 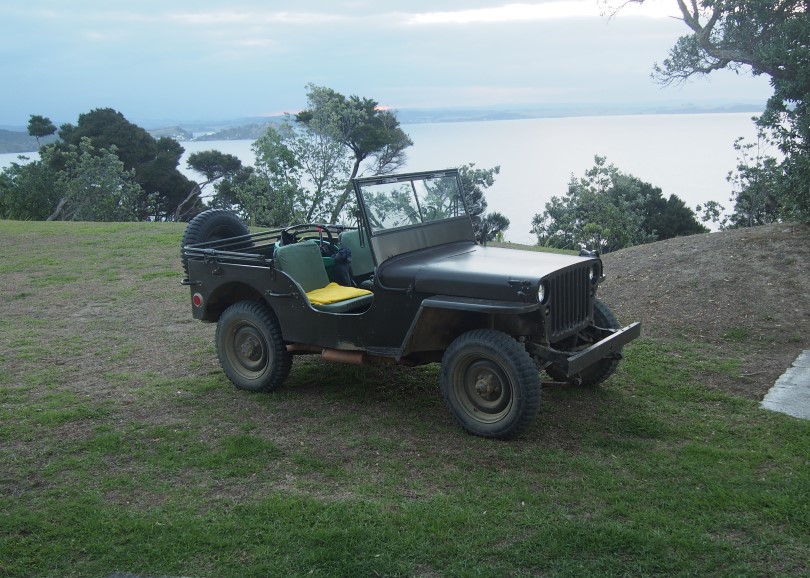 The views were what you expect from such a spectacular location. 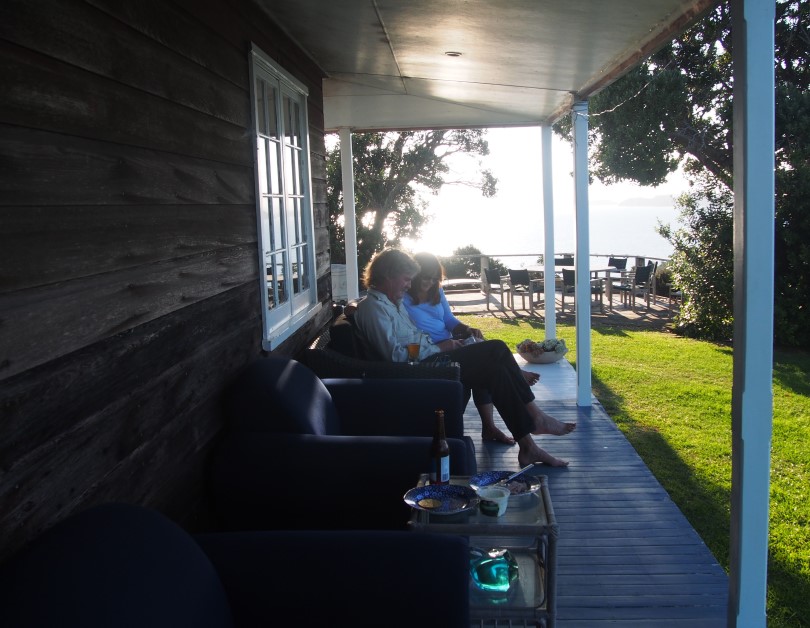 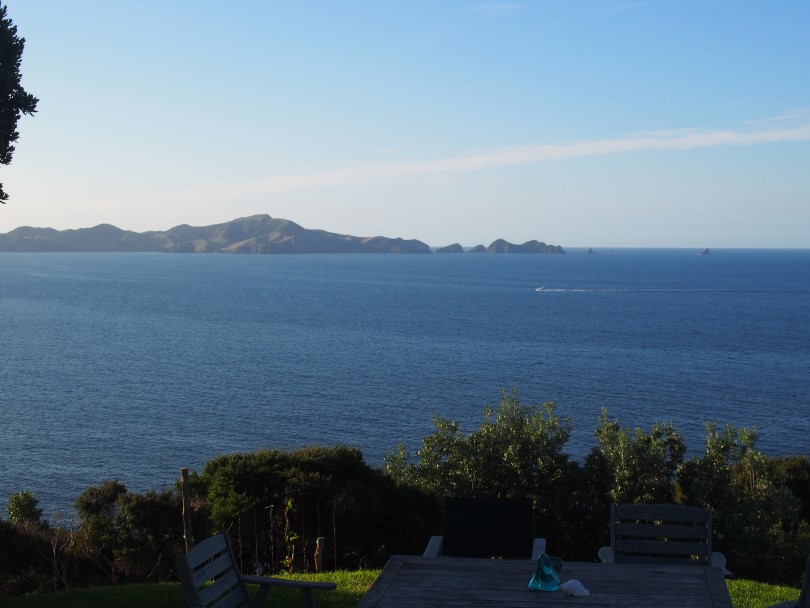 Murry took me spotting kiwi after the sun had set. I did not realise how special this was until a number of other New Zealanders told me that had never seen a kiwi in the wild, while I had seen two within two weeks of arriving here.

In the last 12mts, I had only had one night sleeping on land, the “love shack” was more than special enough to warrant another night on land 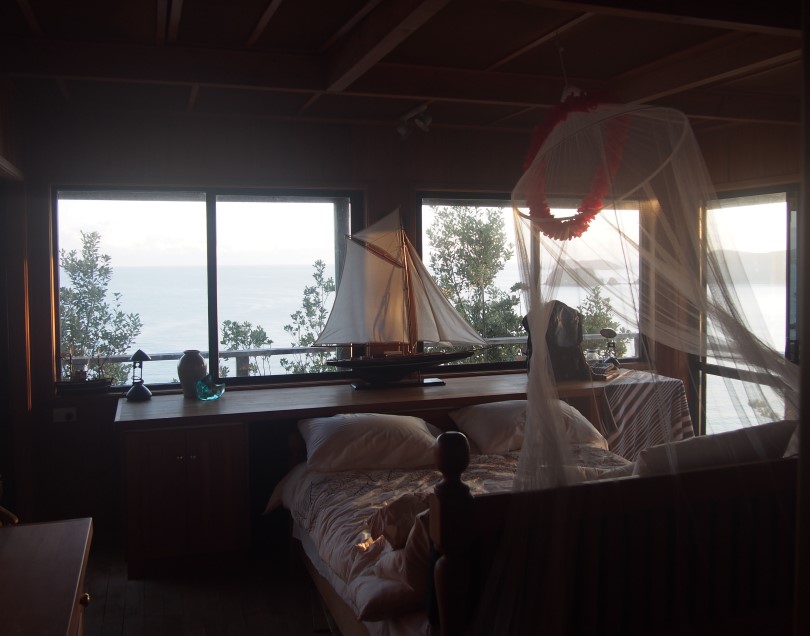 It is hidden in amounts the trees, just under the crest of the hill in the photo below. 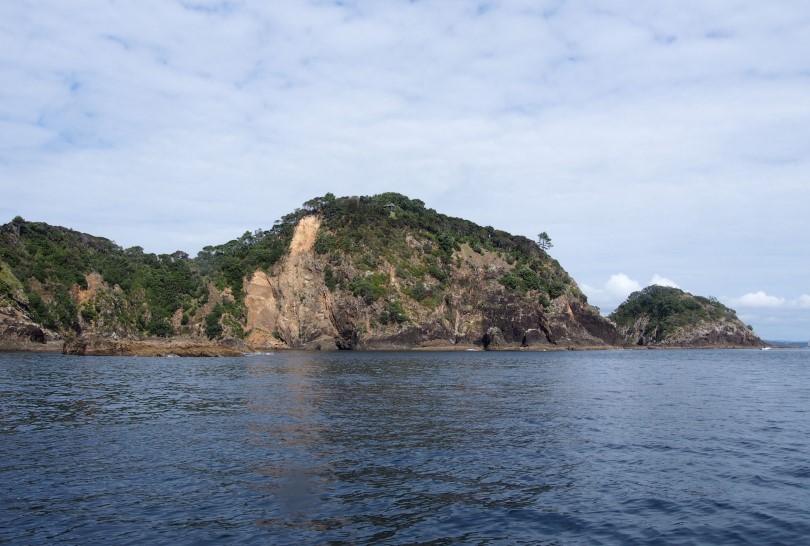 In the morning it was back to Logic, anchored in Cook’s Cove (The same captain Cook, that went up to the top of Lizard Island, landed here prior to sailing over to Oz in 1770)

Robinson Island is so small I was able to SUP around it in a casual 2 hours. 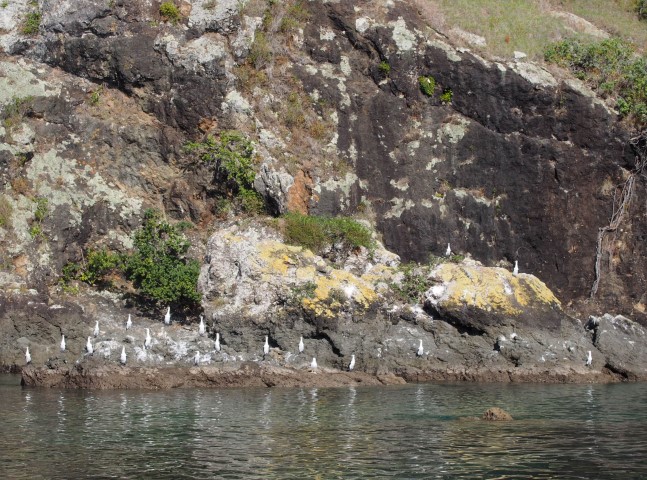 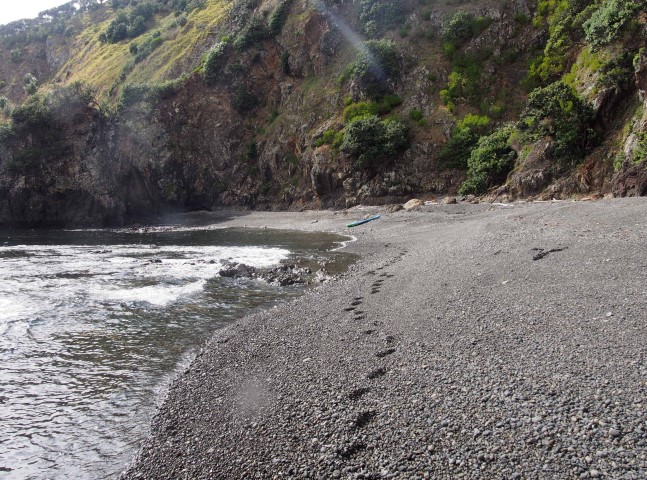 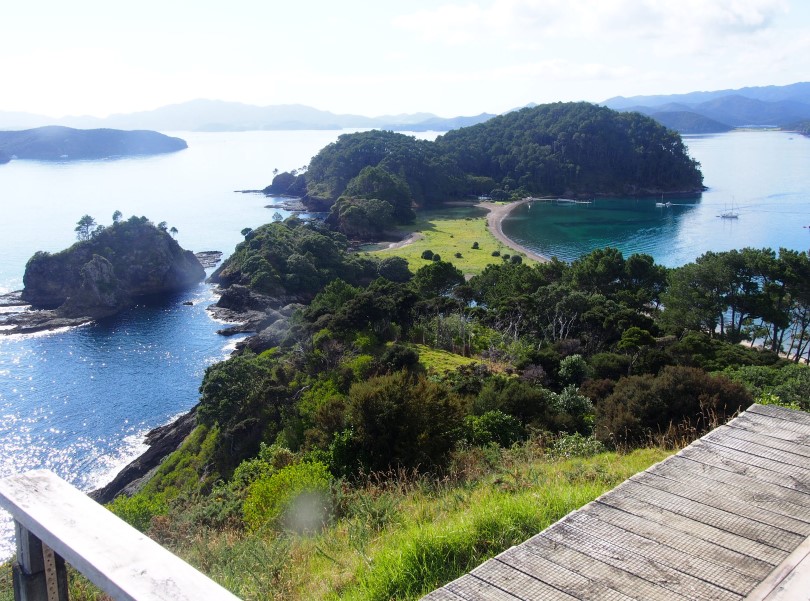 and SUPed into the big grotto 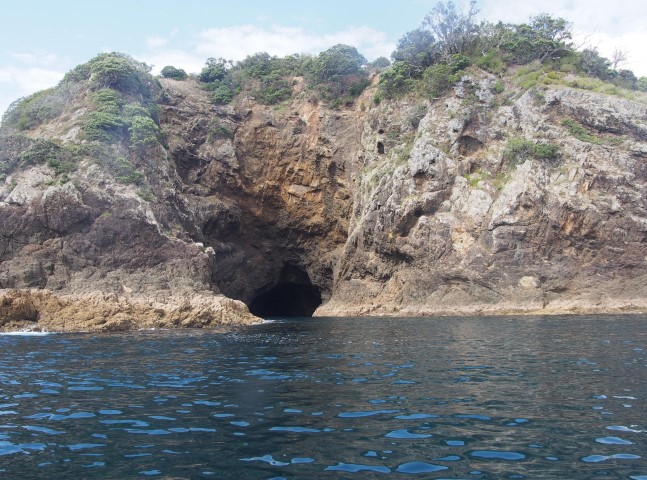 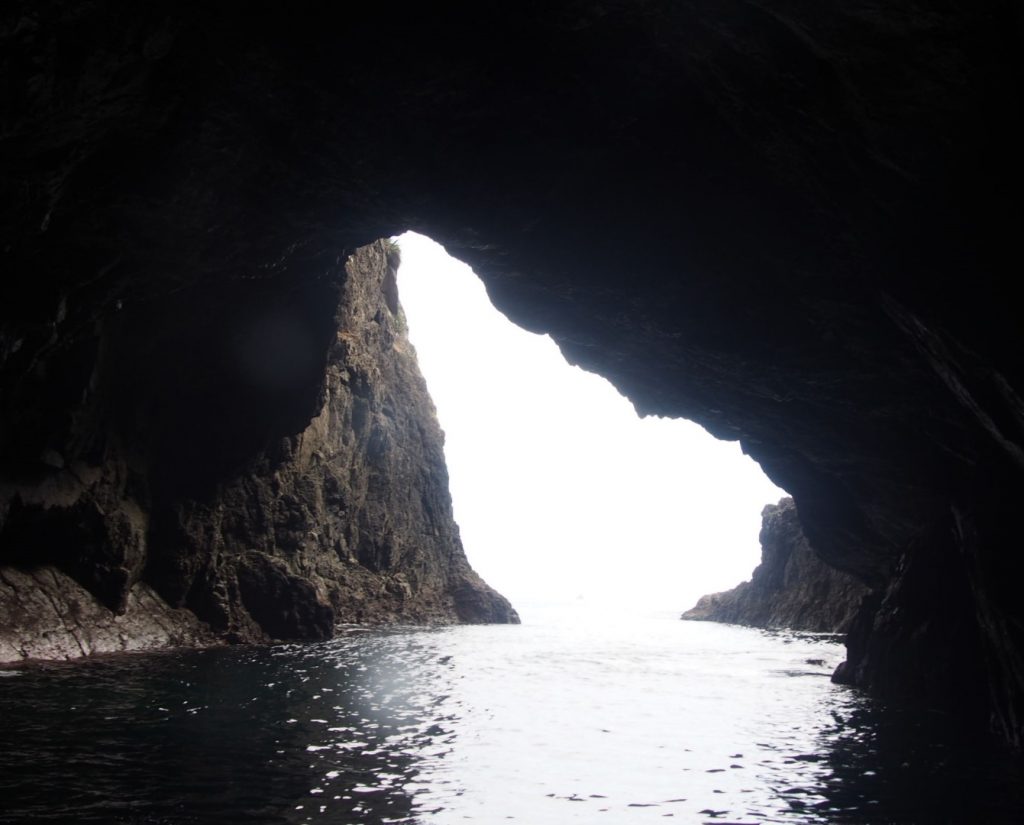 Next anchorage was Waiiti Bay on the southern side of Moturua Island (4). SUPed ashore and went for a walk around the island. 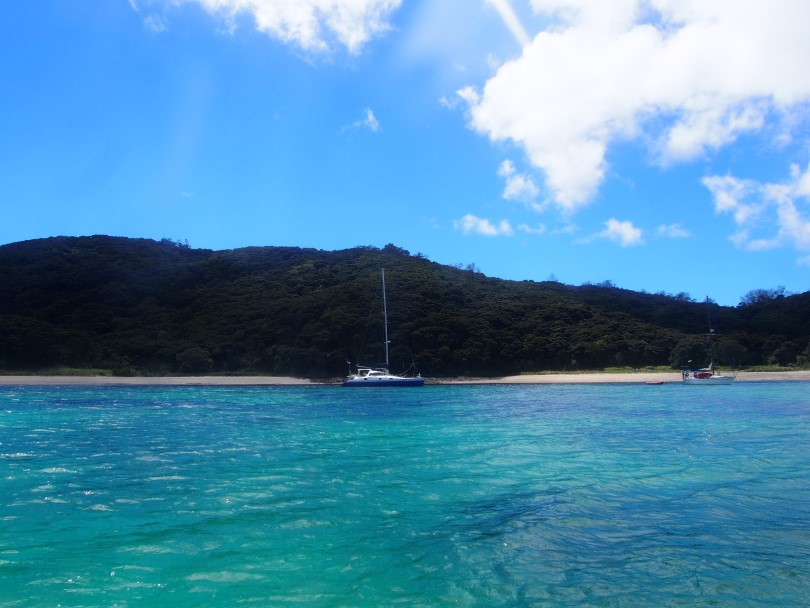 The rocks are covered in yummy oysters 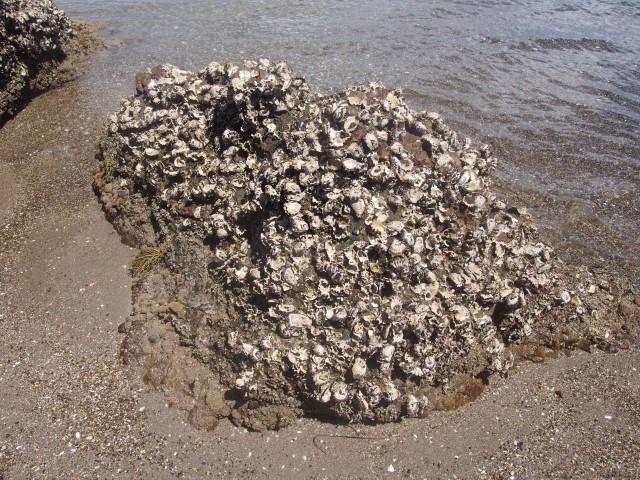 plenty of SUPing and hills climbed 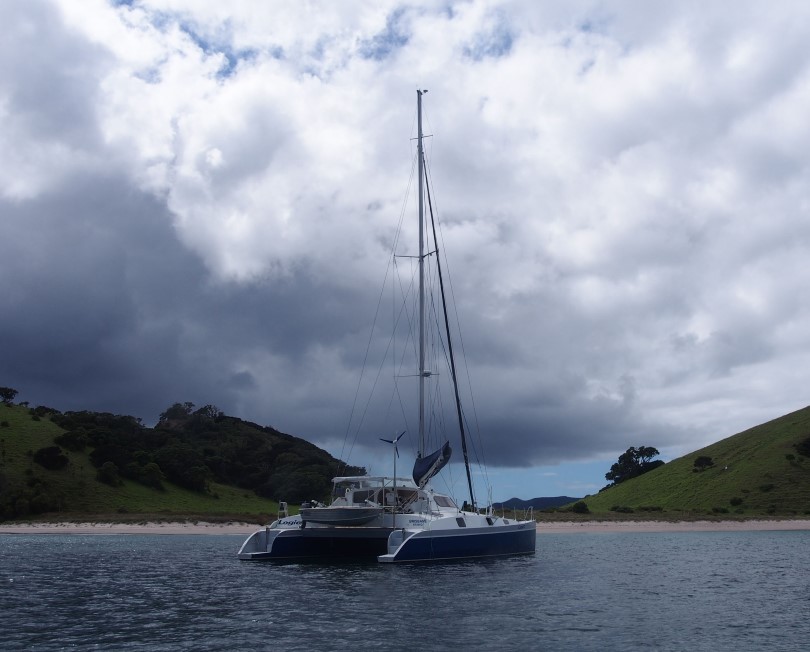 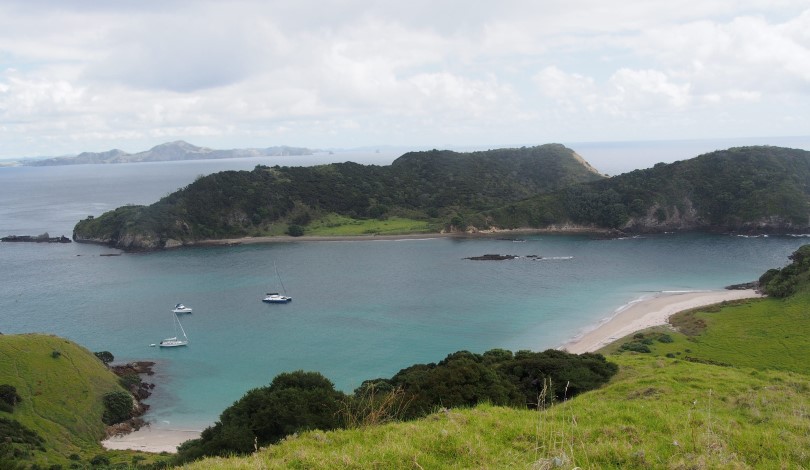 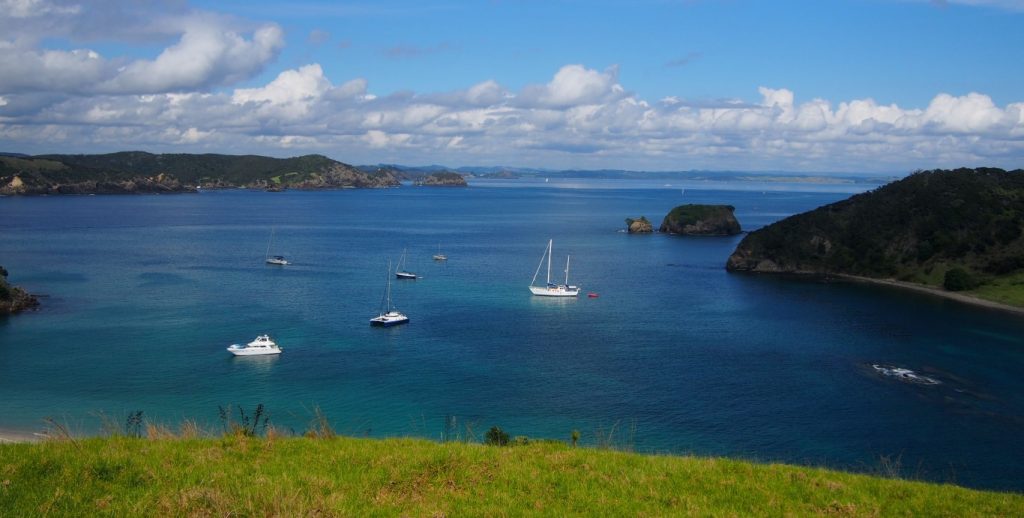 The Bay of Islands is tourist central as I was reminded several times a day as yet another boat load of tourists came through the anchorage on a tour, with the accompanying tour guides commentary on the loud hailer. 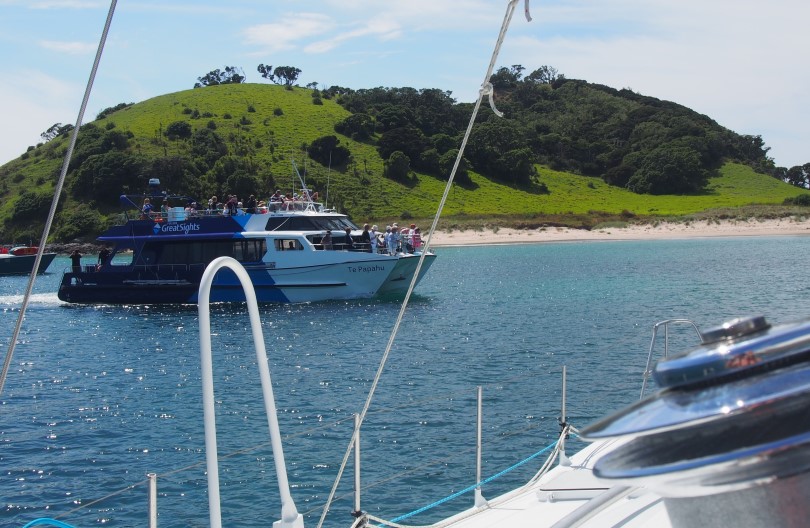 The  resident dolphins put on a show one morning 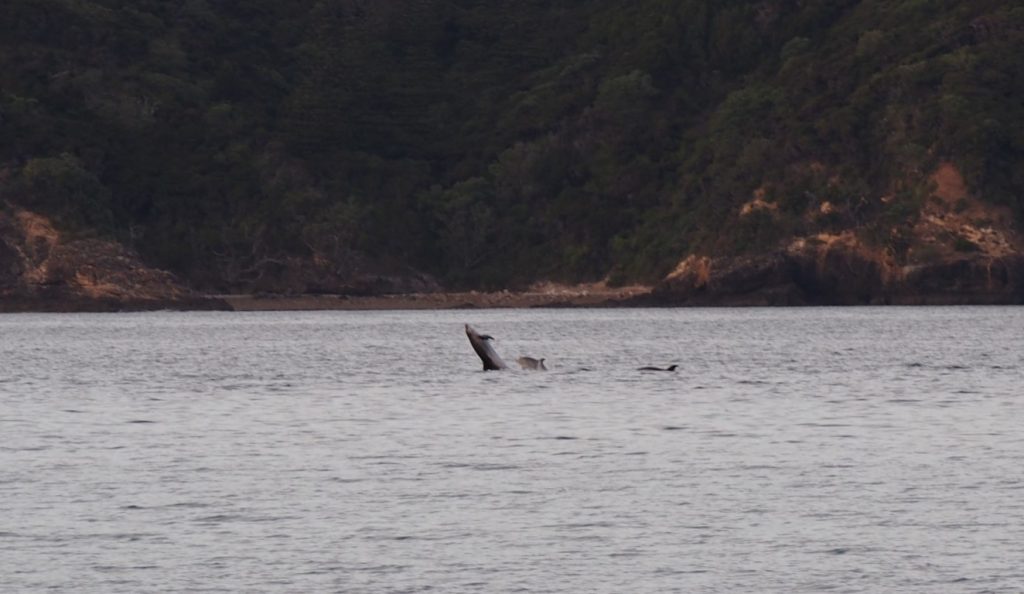 Logic was in need of some out of water TLC, and the only slipway capable of lifting her was down in Whangarei, so reluctantly I left the Bay of Islands and went south. 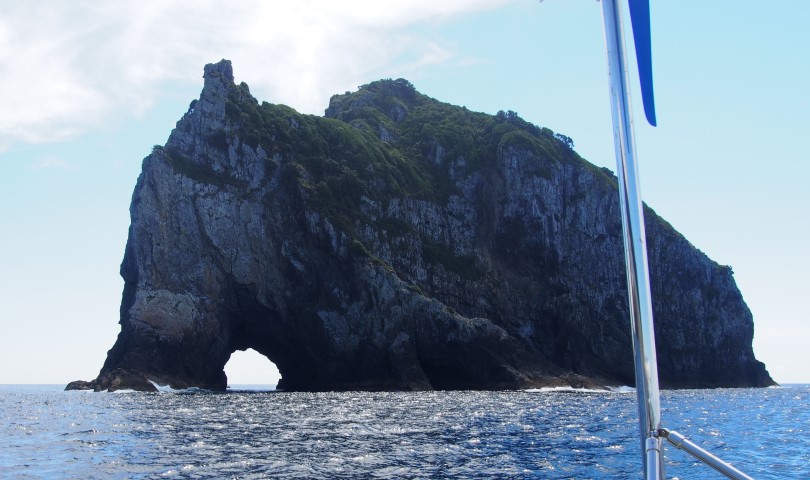 Anchoring along the way in the beautiful and very safe anchorage in Whangamumu Harbour (6).

Next Anchorage was Tutukarka (7)where 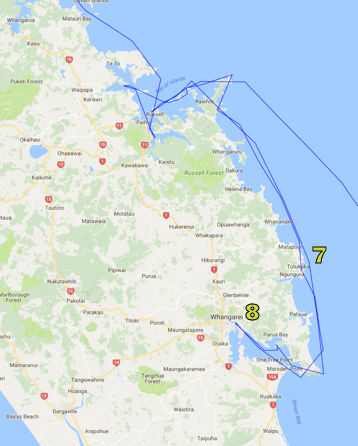 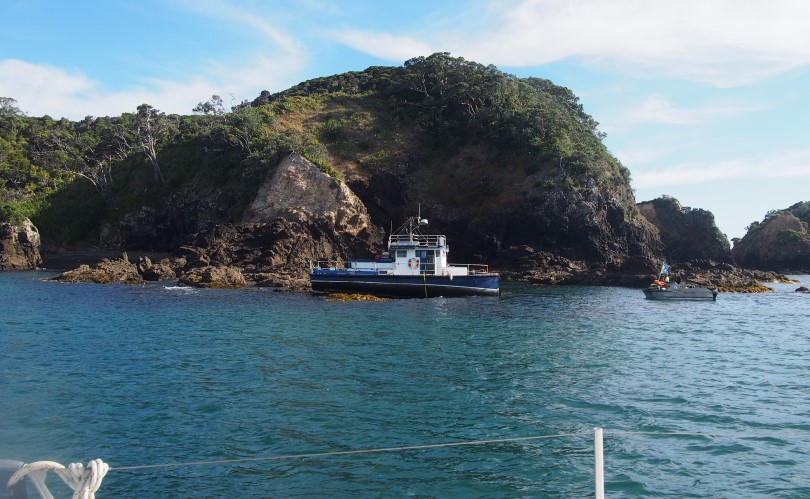 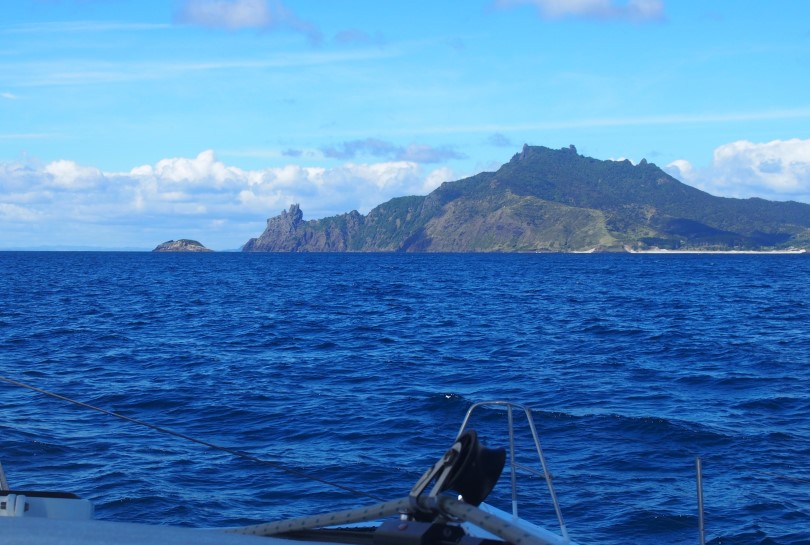 and up the 15miles to the boat yard in Whangarei, which I anchored off, to get lifted early the next day.

their rigger went up the mast to make sure all the rigging was good for the next passage. 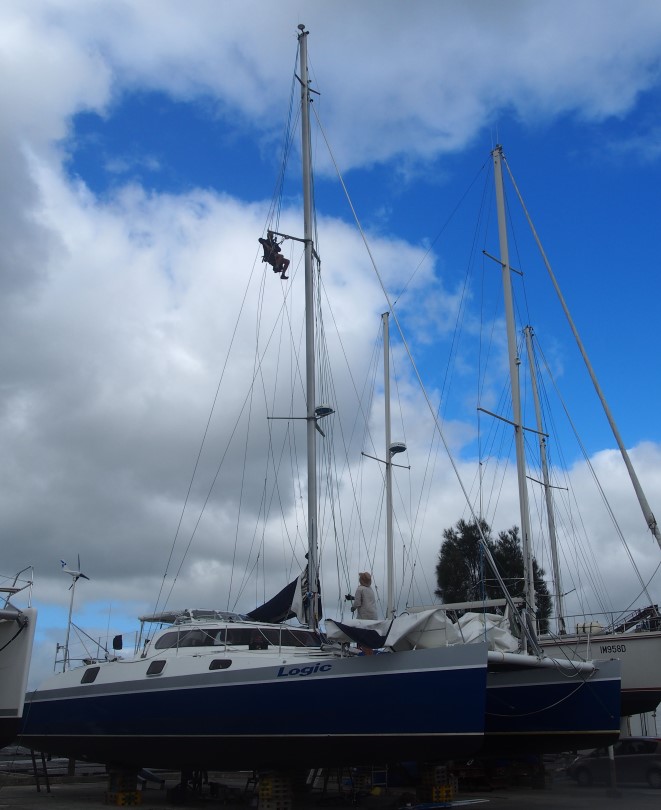 I got the boat yard to give Logic a professional hull polish, to have her looking her best, when it came time to “splash”. 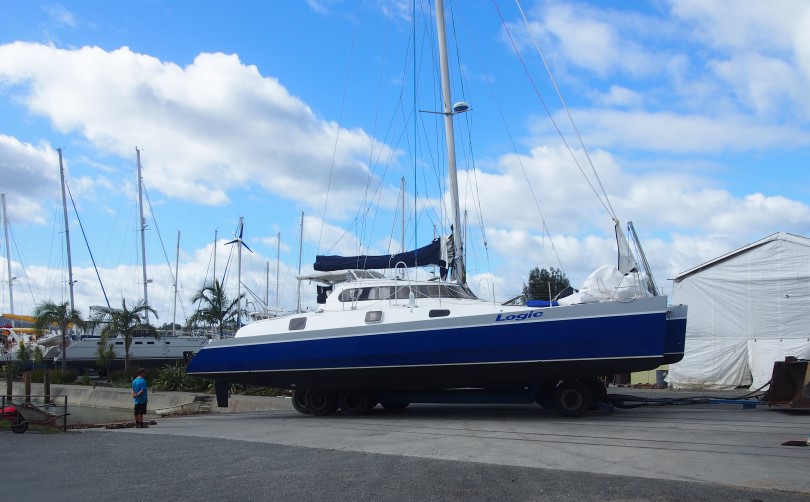 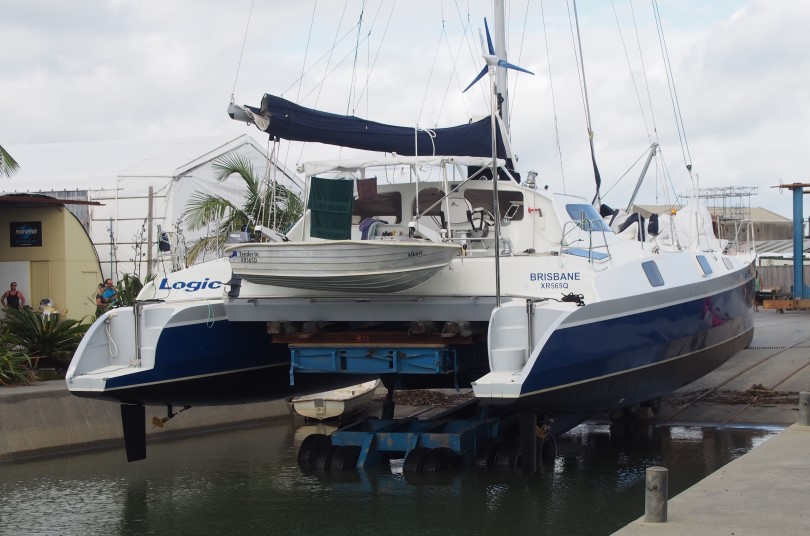 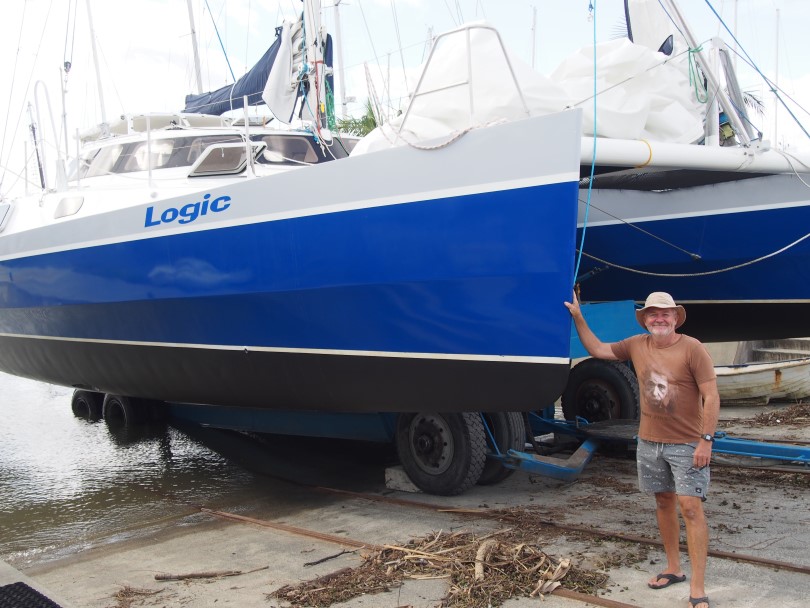