I have been back in my home town of Brisbane, Australia for 2mts now.

Christmas was very enjoyable with my daughters. 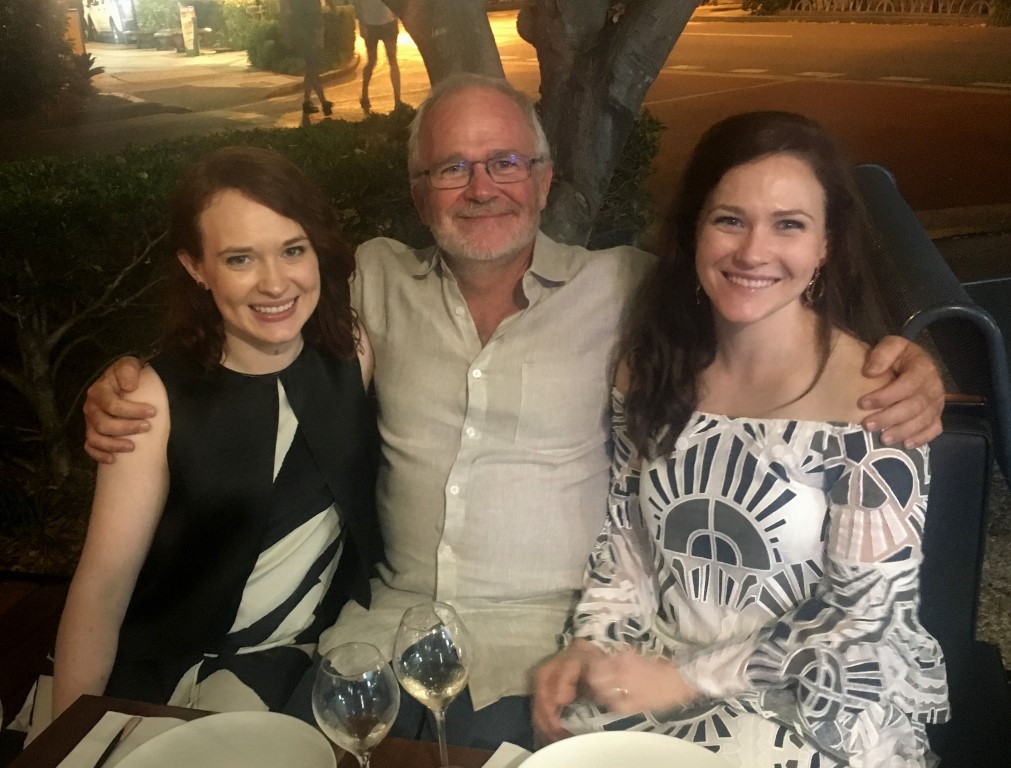 There was a plethora of boat stuff to get and jobs to do, add in solicitor, accountant, dentist (unsuccessful root canal), doctor (blood tests, plus, plus), dermatologist (another benign, BCC skin cancer, cut out), gastroenterologist (family history of colon cancer), and podiatrist (waring tight rock climbing shoes, inflamed a nerve in my right foot, causing a Morton’s neuroma). The good news is there are now ticks against everything on the job list and my poor multi-tasking  male brain can now catch up on the boat blog.

3 months ago Logic was in Noumea, New Caledonia. Which as some of you know, is actually part of France. Being part of France, means EU wage levels, not the $1.50/hr of Vanuatu. Add in the fact, it is in the middle of the Pacific and thing are more expensive than Australia, and multiples of the other counties I have been too in 2017. But the fresh baguettes and French cheeses, more than make it bearable.

5 miles off Noumea is the island of Ilot Matrie, a glorious spot with perfectly maintained free public moorings. 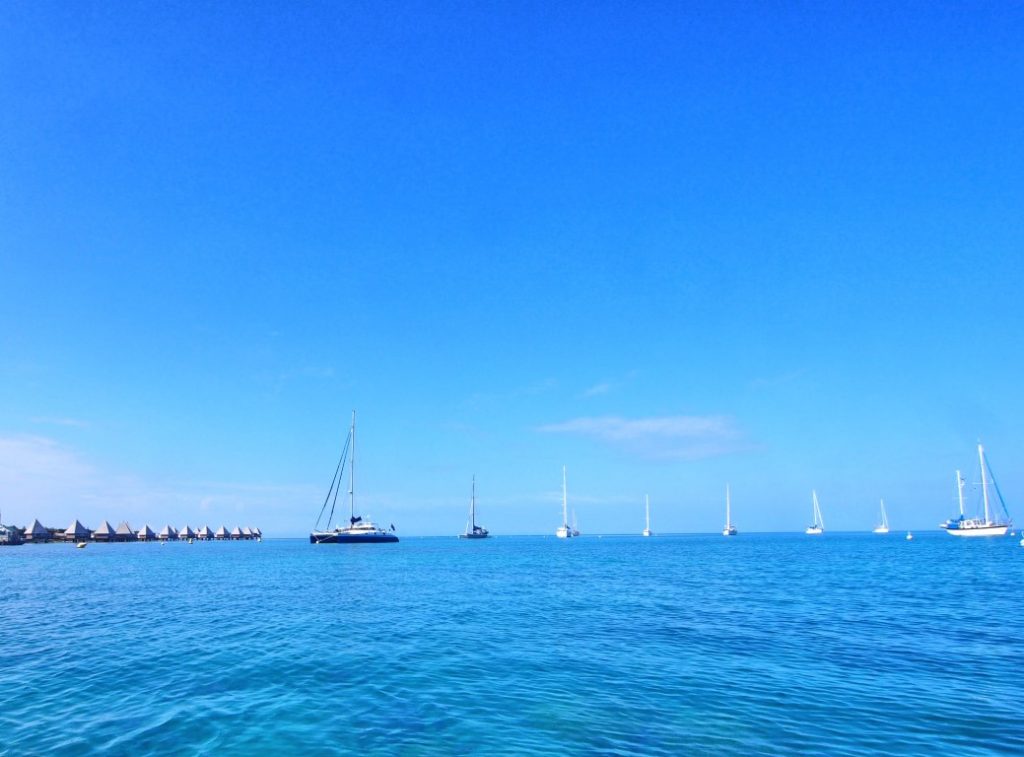 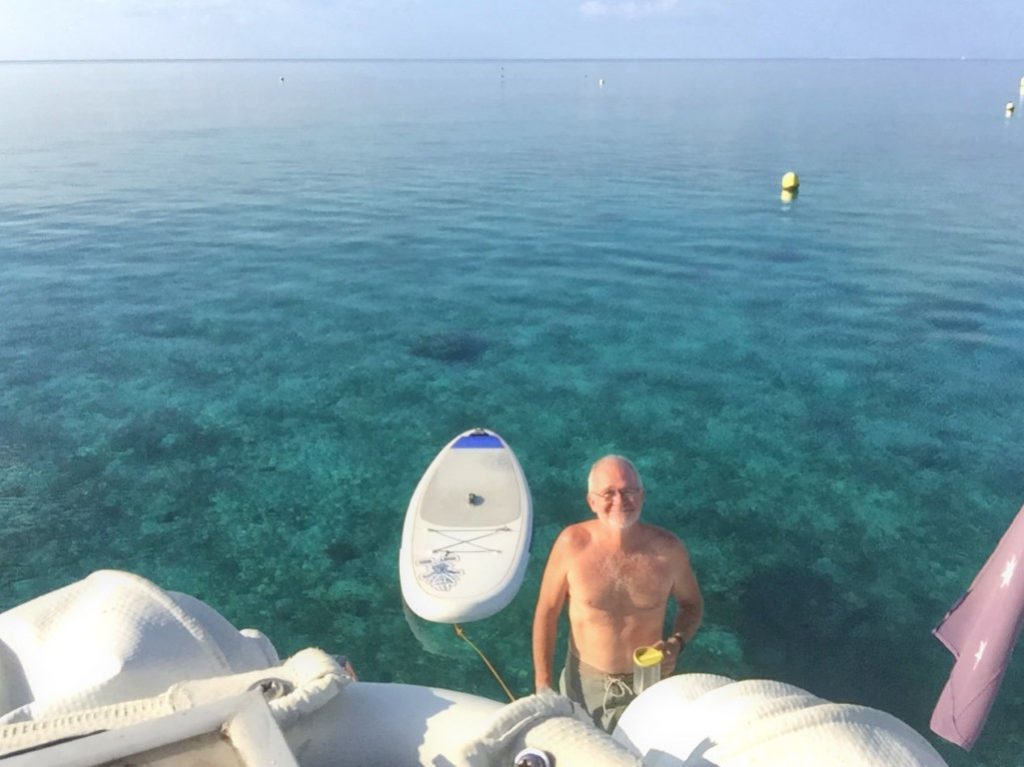 It is an environmentally protected area with no fishing allowed, so the snorkelling off the back of Logic was great. 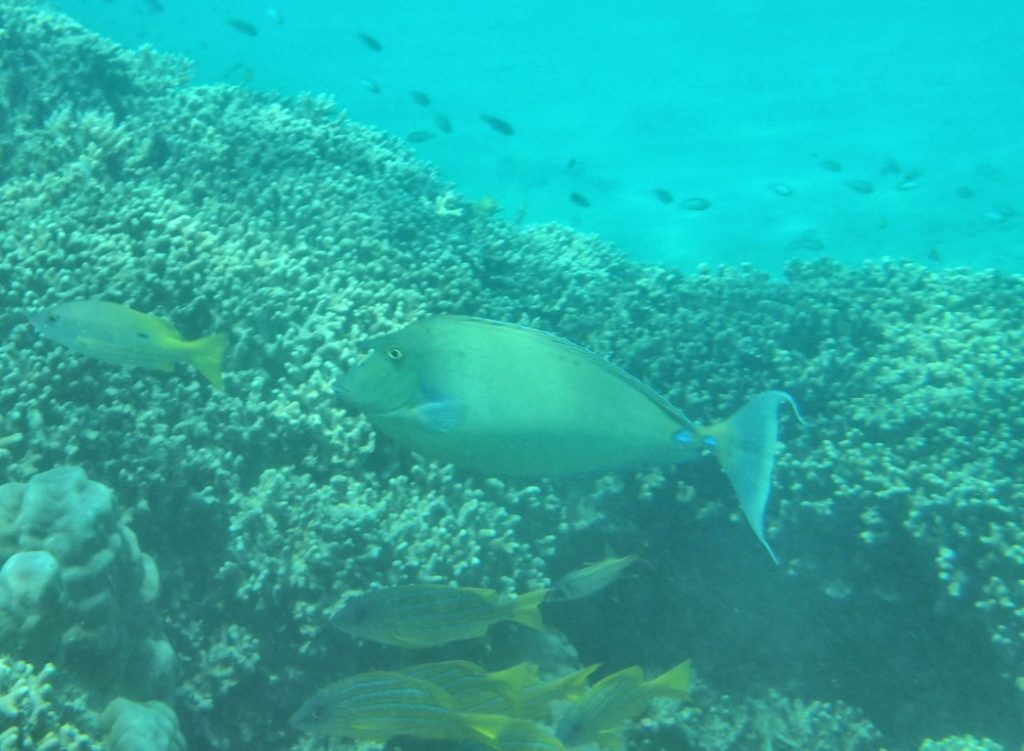 a lot of the days where mill pond flat 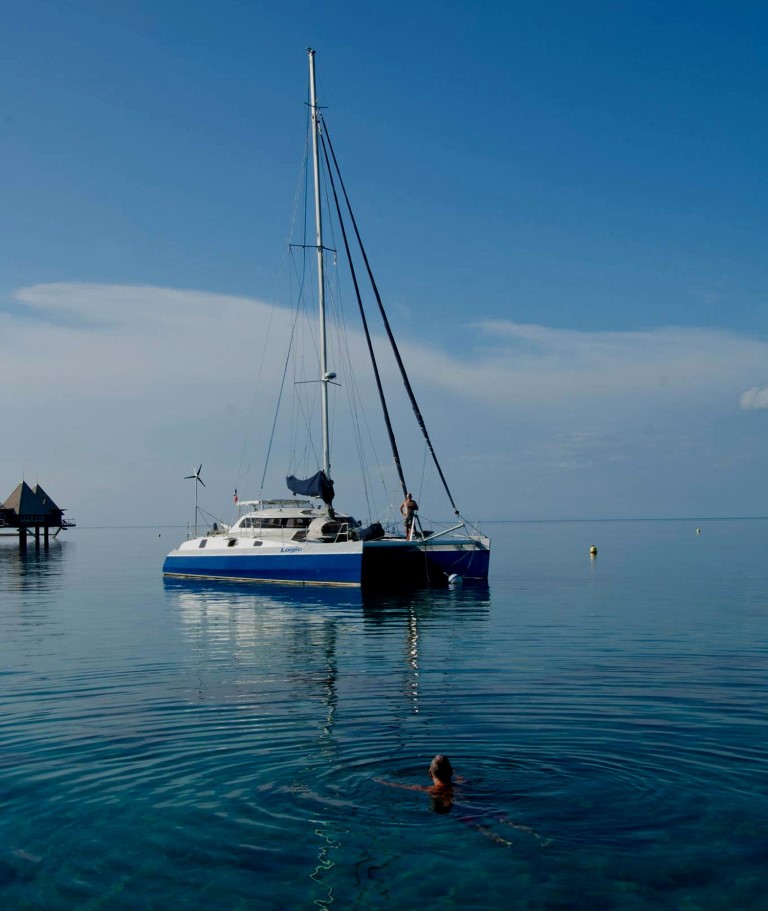 But the tropical cyclone season was fast approaching, necessitating a need to move on.

time to pull Albert, the tender, up onto the davits, one last time. 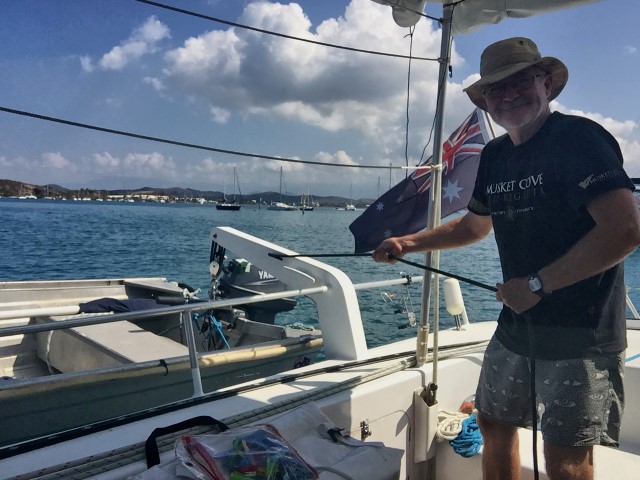 fuel up with duty free fuel 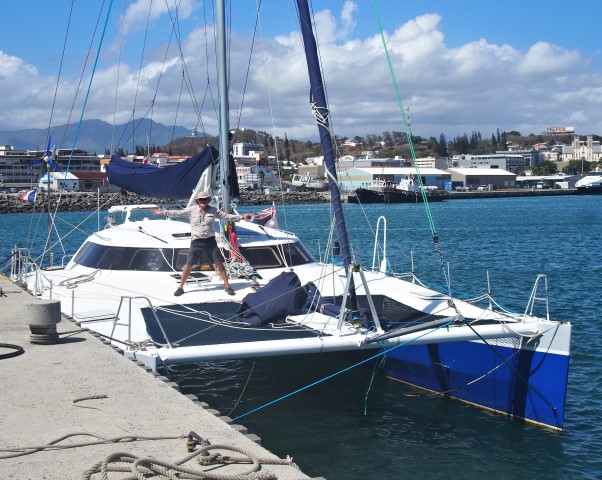 and head back, out into the open ocean 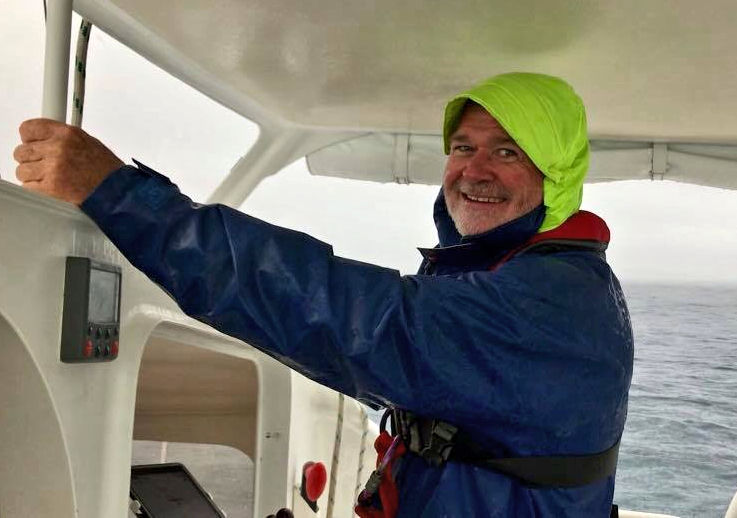 The first 24hr the wind was just over 10kts, from slightly forward of the beam. perfect big rig, high performance catermeran sailing conditions. Logic took off, covering 218nm in 24hrs.

The wind then swang round to the beam, or slightly aft of the beam, resulting in the speed not being as high, but enough to give us an average of 200nm a day for the 800nm passage.

On the second morning at sea, there where 2 of the biggest flying fish I have ever seen, dead of the trampoline. 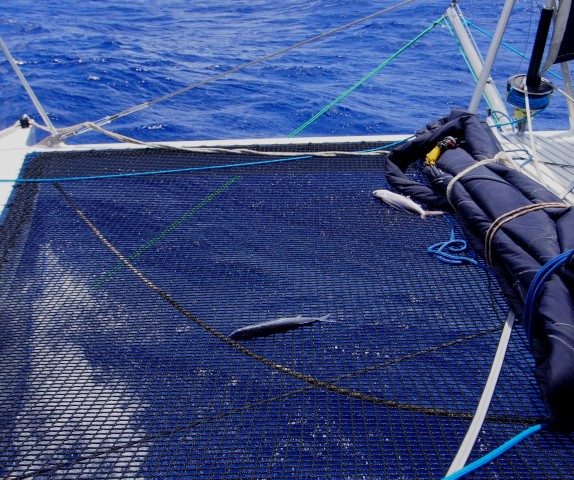 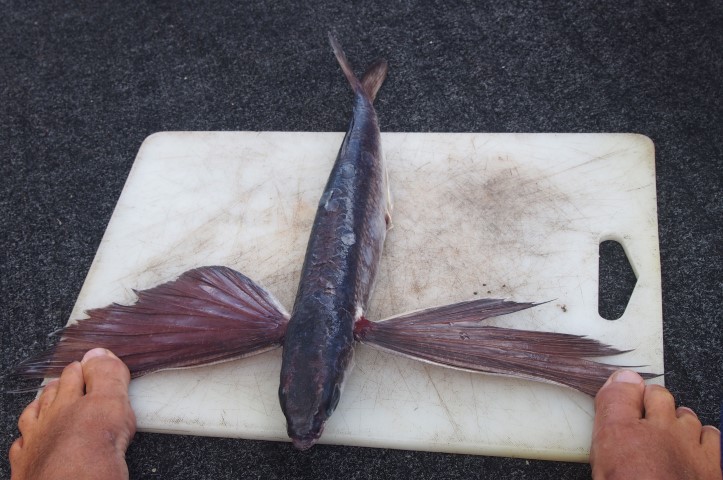 On day 3 we had a flock of  several dozen birds, not much bigger than martins, hang around the boat all day 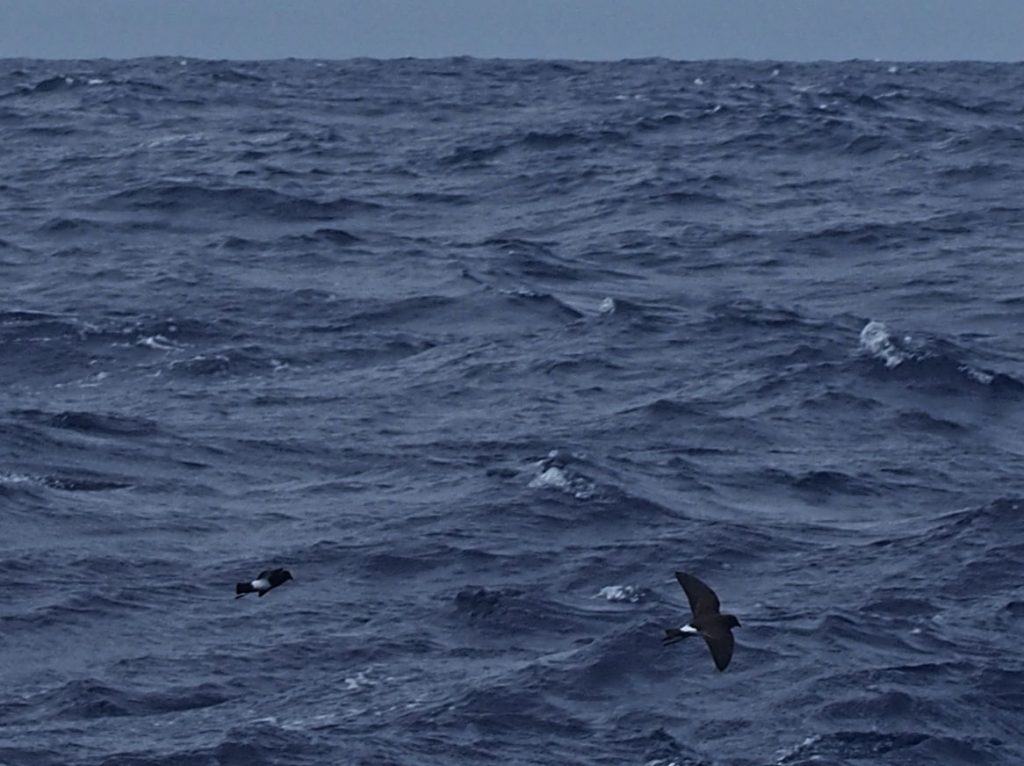 Not something one would expect to see hundreds of miles from any land.

they would congregate around the wake of the boat, sporadically dragging there feet through the water 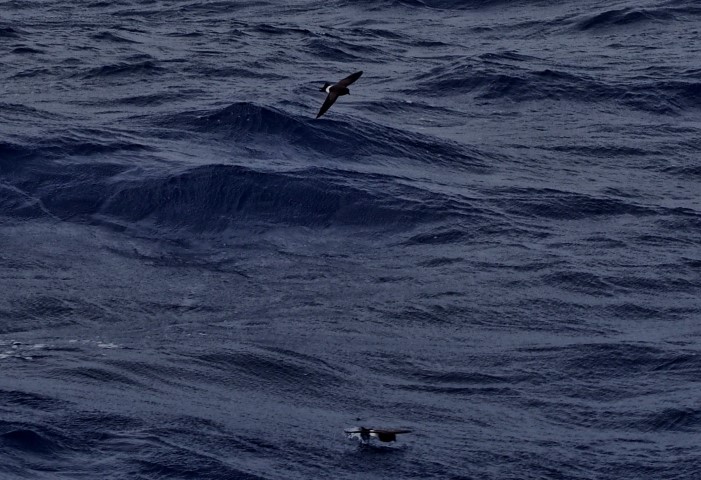 I assumed they where picking up the baby flying fish, that where disturbed in Logic‘s wake 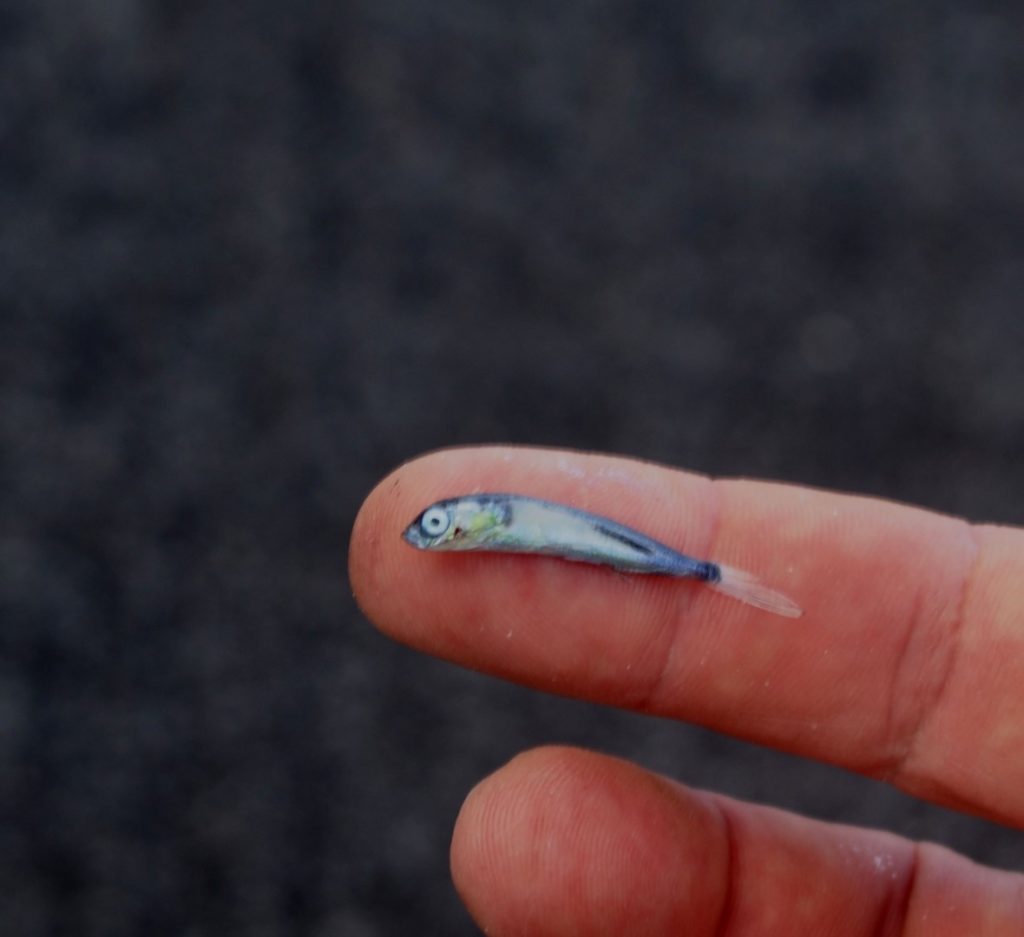 I took some serious Googling to find out what species the birds where.

According to the scientist who have done the research there are only 1,000 adults. From December to May they breed on 2 of the rocky islands near Lorde Howe Island. The biggest population using Ball’s Pyramid , which we sailed past in February (none of which where in the photos I took then). For the remainder of the year, they are on the wing, traveling as far as Tasmania to the south and opposite Cooktown to the north. Nature continues to amaze me, how a bird, with a length of 20cm, a wing span of 40cm and a weight of 45-65gms can live in the open ocean for 6mts is mind boggling.

4 days and 15mins after leaving New Caledonia we pulled up alongside the Customs Dock at Bundaberg (an average speed of 8.3 nautical miles and hour for the 800 miles).

After 10mts away it was great to catch up with loved ones and friends. 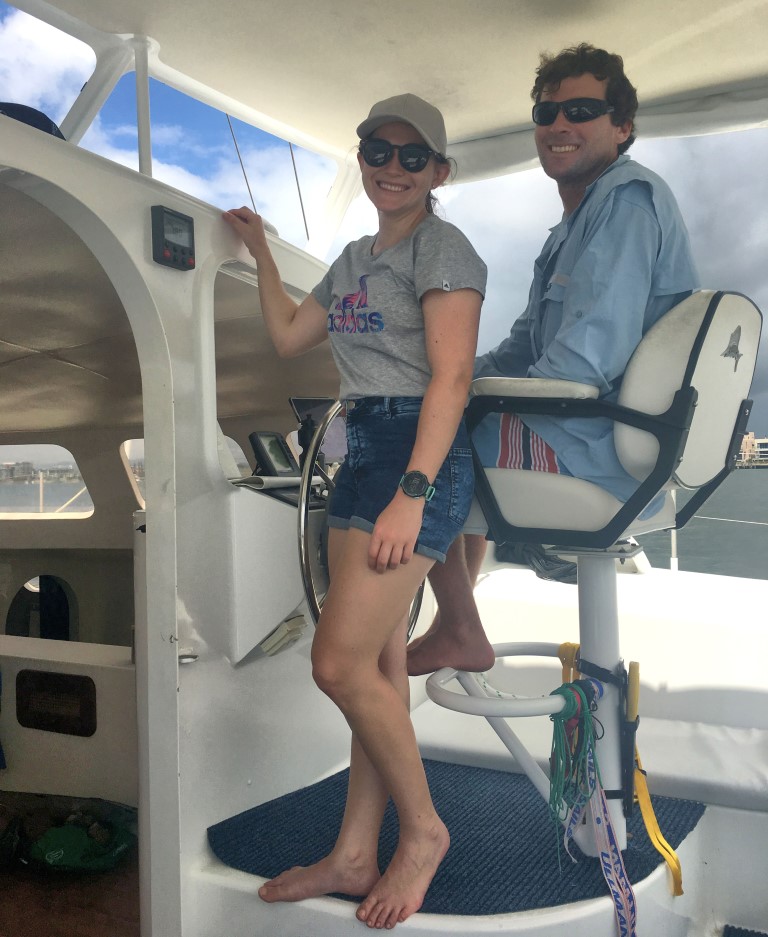 there was a space for Logic at Horizon Shores Marina, between Brisbane and the Gold Coast, 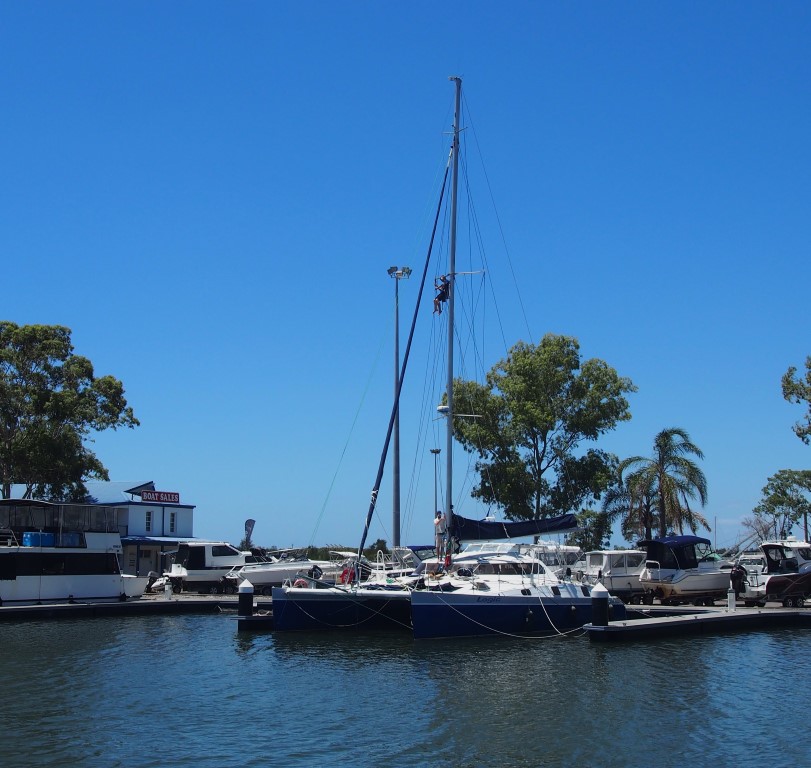 as the closest location I could get, for all the on-shore appointments and the rigger to replace the manufacture recalled mast turnbuckles.

Marinas have a morgue like feel to the, with hundreds of boats that are never used, so it was very therapeutic to escape, to the old favorite anchorage off the Sandhills on Morton Island 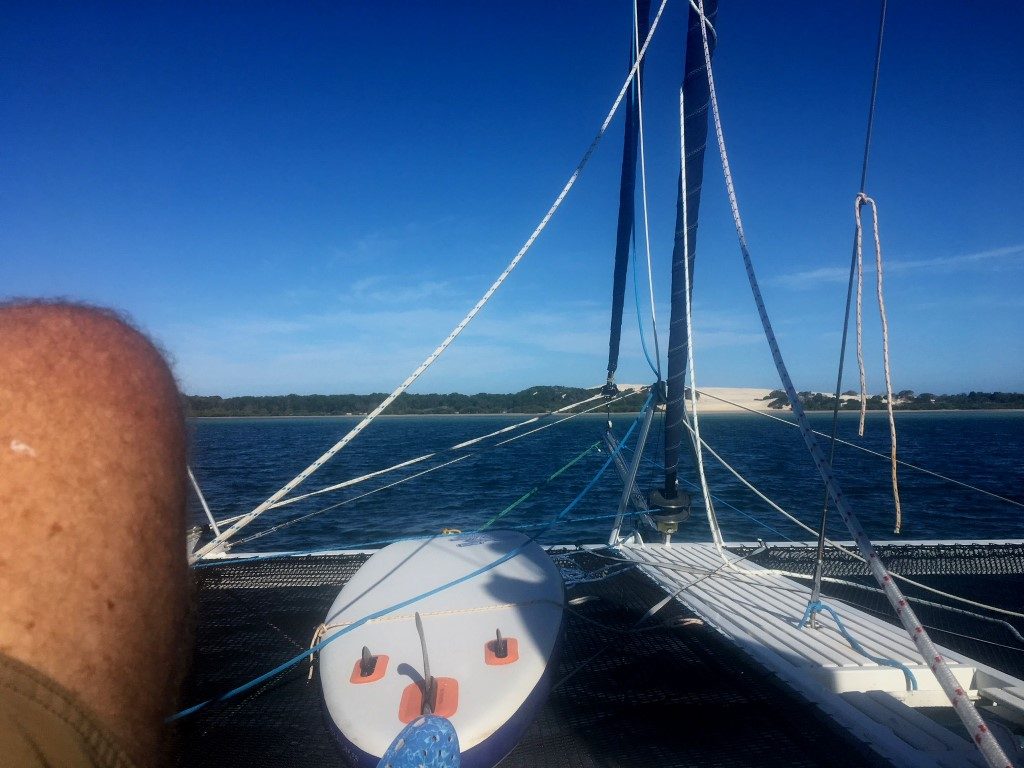 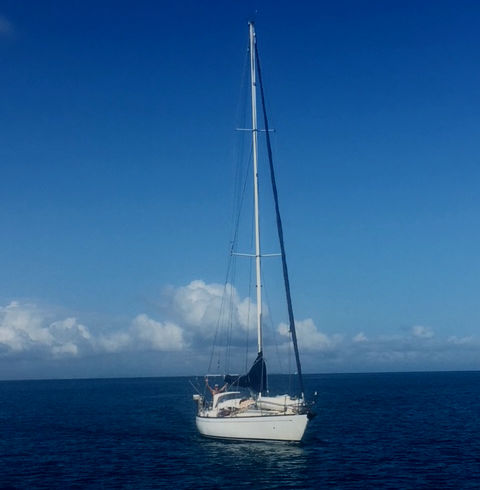 the crab pots I had been carrying around the Pacific, finally got some use 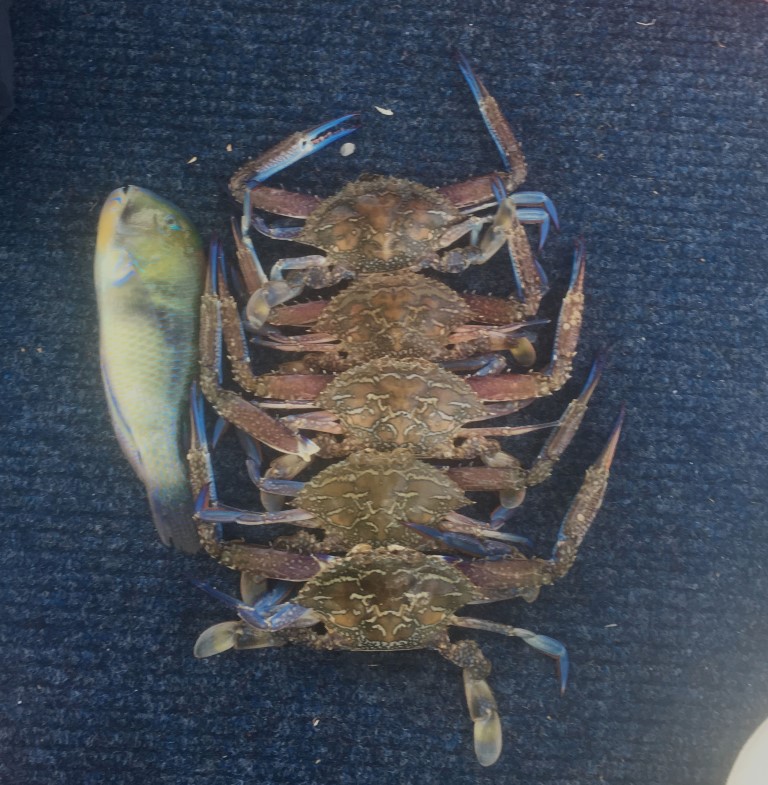 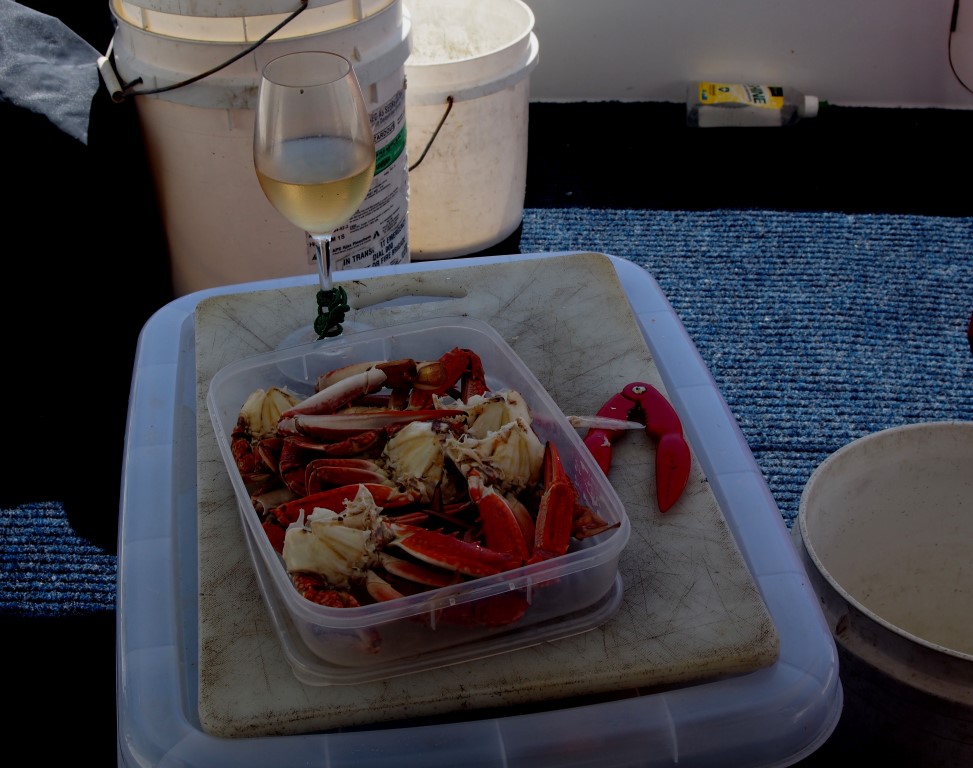 Logic’s itinenary for 2018 is still evolving. The plan is to not have a plan, except that at the end of the cyclone season (30th April), she will be waiting for the next available weather window, to get back out into the South Pacific Islands.