Apologies for the tardiness in my postings, I have had the dreaded “man flu” for the last 10 days, which along with sailing most days, have resulted in minimal energy to post. 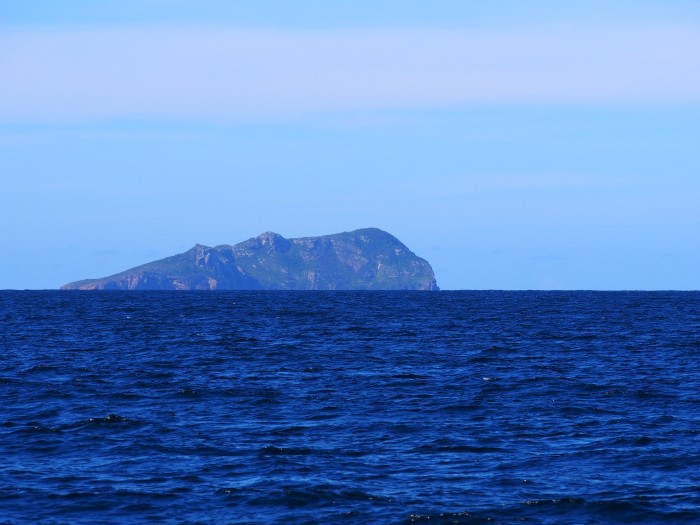 as we sailed the 27 miles north to Great Keppel Island 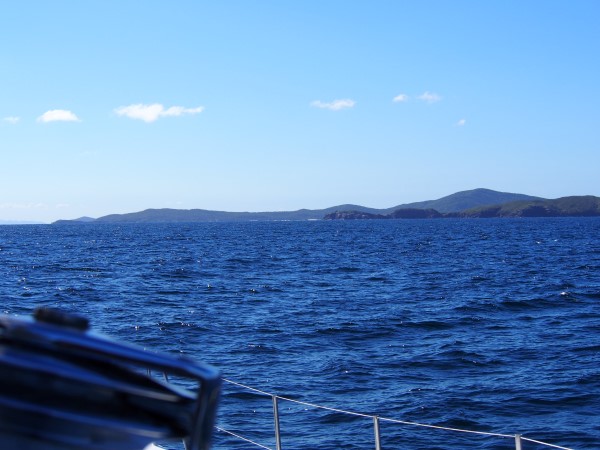 They have recently refurbished the hotel, after it was blown away in a cyclone 5 years ago. We hade a relaxed few days, leaving the  dingy  on the sandy beach in front of the hotel while we ate dinner.

After the week the forecast for the next week was still 15 to 20kts with some periods 20 to 25kts, from the South East. Good winds for going north, so we decided to go where the wind was telling us to go.

the coastline is very picturesque with rocky headlands, spaced by white sandy beaches,

after 45mile we pulled into Pearl Bay to anchor for the night, I was planning on getting to Island Head Creek, which was another 10miles, but the name and how it looked on the chart made Pearl Bay too tempting to pass (my lovely maternal grandmother was a Pearl). 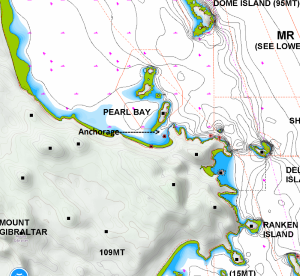 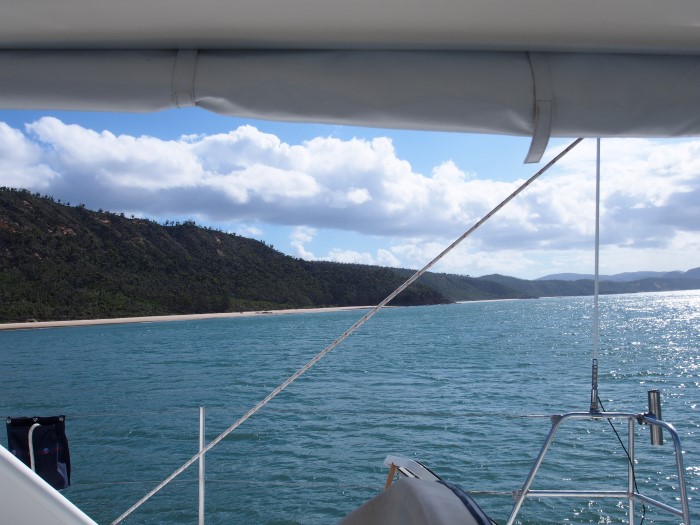 the sun rose the next morning through the rain squall on the other side of the headland, creating a sunrise that looked very bushfire-esque

We had perfect sailing conditions, covering 10miles most hours, on the 65miles to Middle Percy Island. Unfortunately there were a few rain squalls surrounding us for most of the day

West Bay on Middle Percy Island is noted for it’s A frame hut, where traveling yachties, have left memento, as they have travelled through

there is an inland lagoon, which we accessed on the high tide and explored the mangroves in the tinnie

The next leg on the trip north is the 60miles to Scawfell Island. The day started off with no wind for the first few hours, before we could turn off the engine, then it building to 15 to 20kts with rain squalls, one of which had the rain coming down, like a fire hydrant was being pointed at us.

The squalls were getting more blowie as the day progressed, I had the sails down to 2 reefs in the mainsail and half the genoa, which had us hitting 16kts surfing. I took a screenshot, which recorded us at 19.2kts, at that point the mainsail came down and we finished the trip under half genoa

the anchorage in the bay on the northern side of Scawfell was well protected from the swell, but unfortunately the wind came over the top, resulting in 3okts bullets of wind hitting the boat regularly throughout the night, so sleeping was much interfered with. Despite the strong wind warning it was an easy decision to leave Scawfell then next morning for the 60miles to Whitsunday Island. 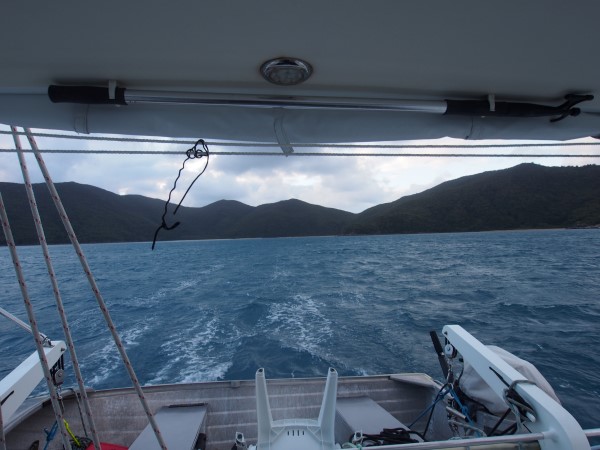 under half genoa we still averaged 8kts. arriving in Cid Harbour around 2pm

The next day 47mm of rain fell, which kept us below decks, restoring our energy stocks. Then it was off to Nara Inlet, which was only 6miles away. Nara Inlet is  2.5miles long and half a mile wide, with a waterfall running into the very end (you can see it behind the boat), a lovely noise to fall asleep to. 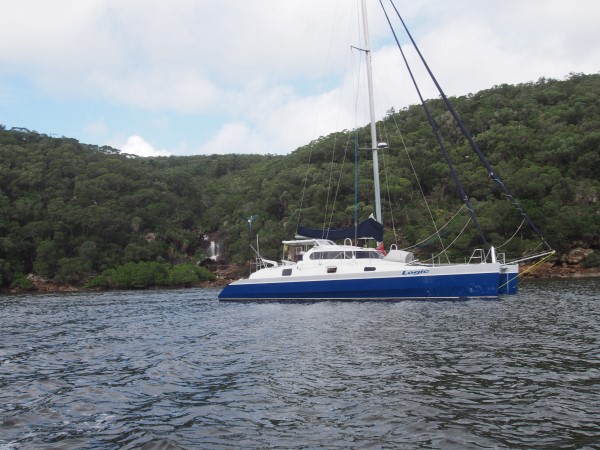 the weather forecast for the next week is 15-20kts alternating with 20-25kts from the SE, with rain squalls. Luckily the islands of the Whitsundays are spectacularly beautiful, so we will still be having an amazing time, while I get over my man flu.