4 days on the Minerva Reefs, then onto Fiji

As you can see on the above satellite image, the Minerva Reefs are on a major under ocean ridge line. They are a couple of coral lagoon with almost nothing above the water at high tide and a substantial wall of coral deadening the ocean swell at low tide.

There is no land within 400miles, to wash sediment into the water, so the underwater visibility is like gin.

Both North and South Minerva Reefs lagoons has a small break in the coral wall to allow a boat to access. The access passages into the lagoons are not big, so daylight is essential to make sure  I do not add Logic to the numerous boat that have been wreck on the reefs.

North Minerva Reef has a more substantial coral rim to the lagoon, which makes it a better protected anchorage from the ocean swell. We ended up being able to make it into South Minerva Reef’s lagoon, in daylight, which would have not been the case if we had of continued the additional 24miles to North Minerva. 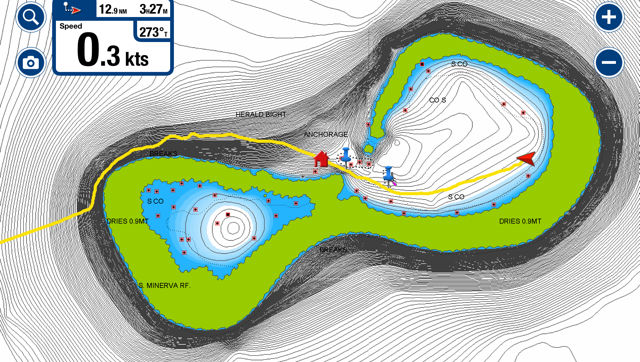 I took the boat into the western lee of the island to try and catch a fish as we motored around to the entry of the lagoon. Which proved to be an ideal call as we caught a 4kg Big Eye Tuna, the Rolls Royce of sashimi tuna species. 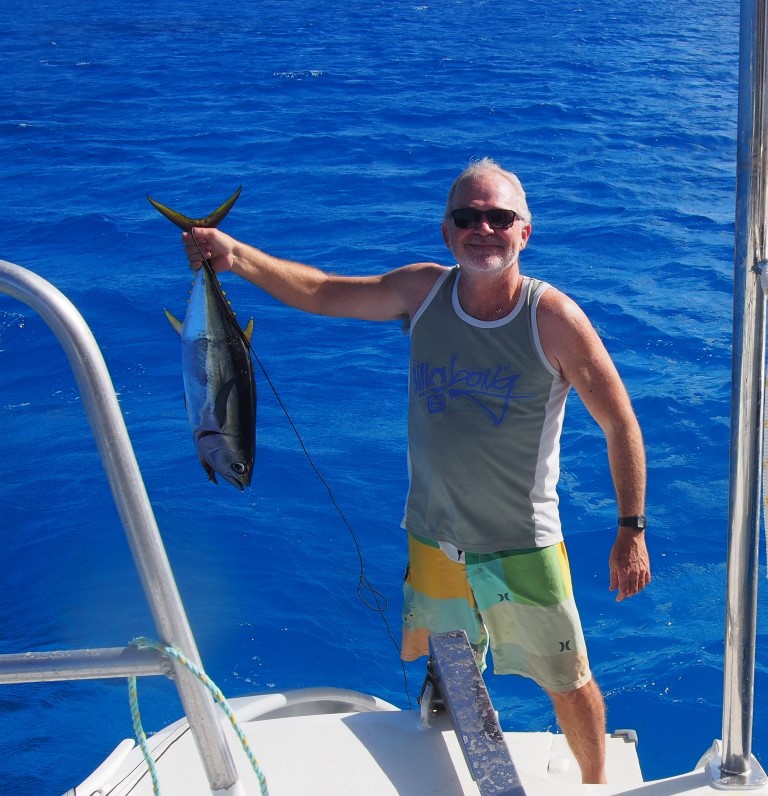 Compared to the coral reefs I had anchored in amongst , in the Great Barrier Reef, off the Australian coast, it was relatively easy to entre to South Minerva Reef’s lagoon, but I still would not have liked to do it without daylight to confirm there were no coral bommies in our path.

We located a sandy patch to drop the anchor in, set the anchor alarm and had a very enjoyable night’s sleep, not interrupted by having to alternate watches.

At high tide the reef was no visible, resulting in a swell, that has us postponing jobs until the stiller waters at low tide. 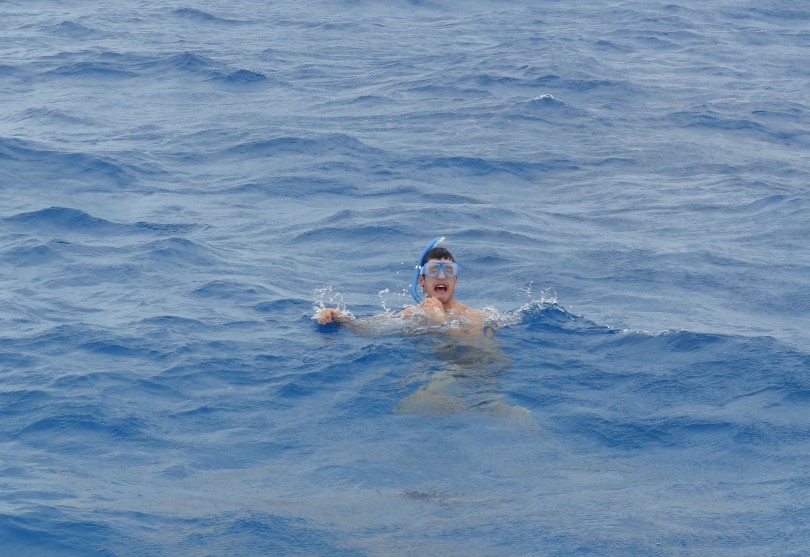 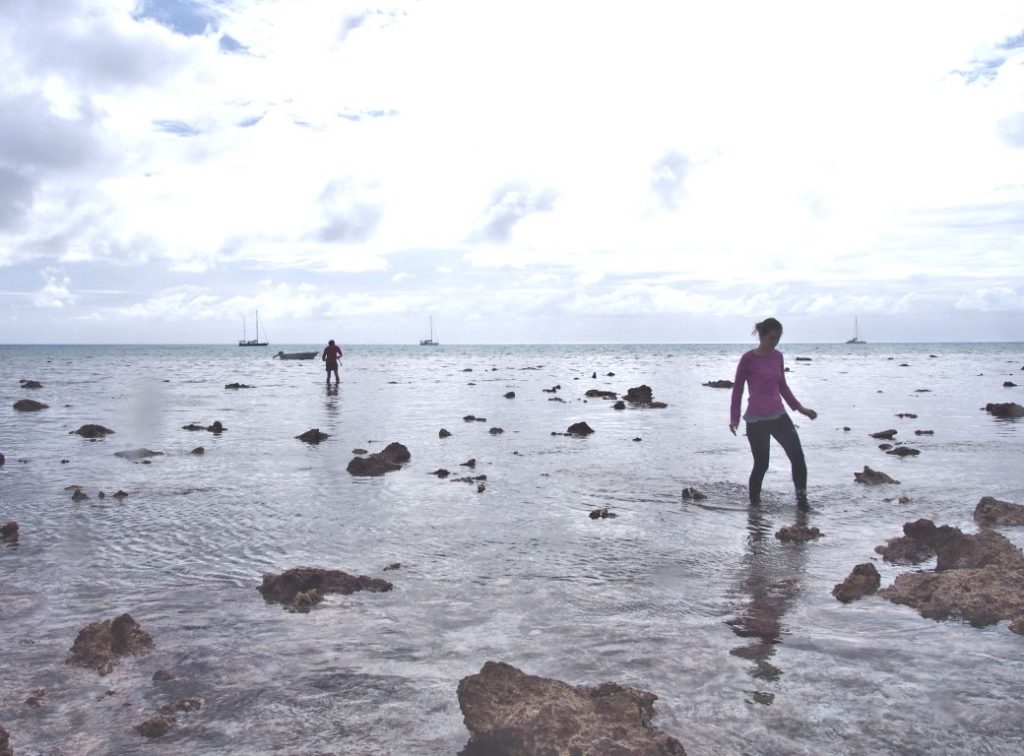 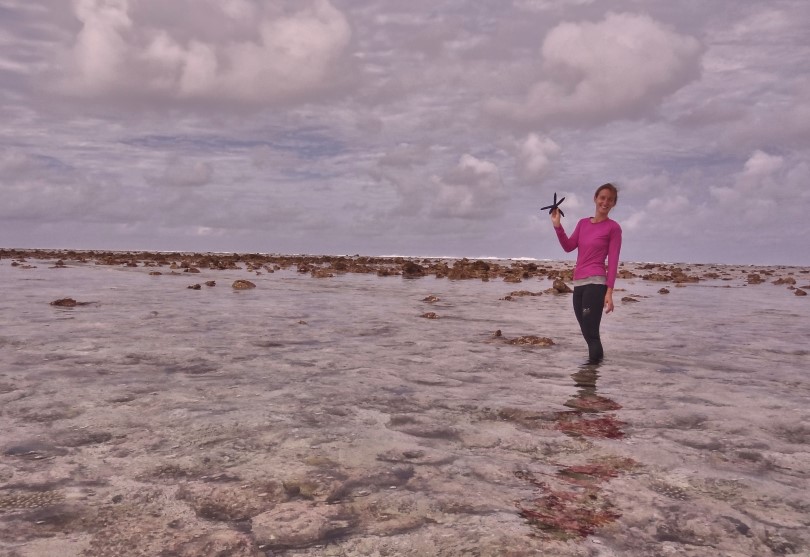 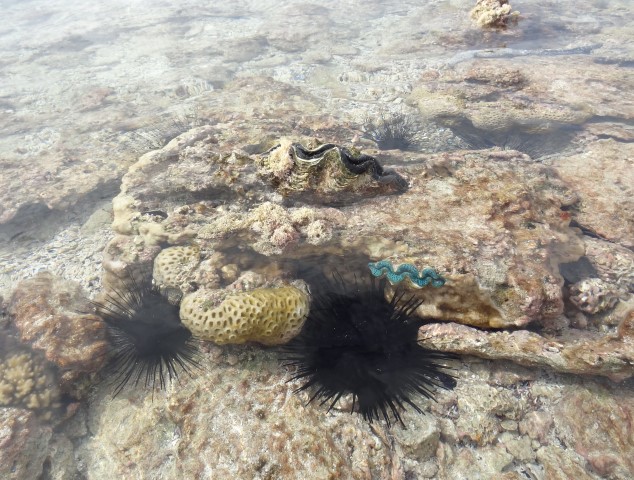 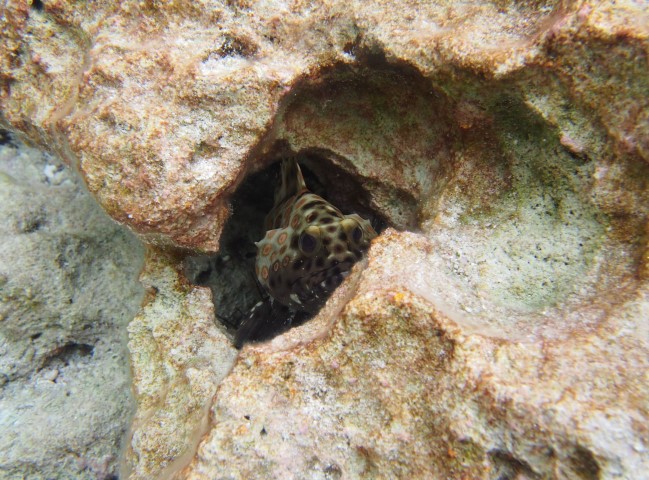 a walk took us to the outer edge, where the power of waves was very evident 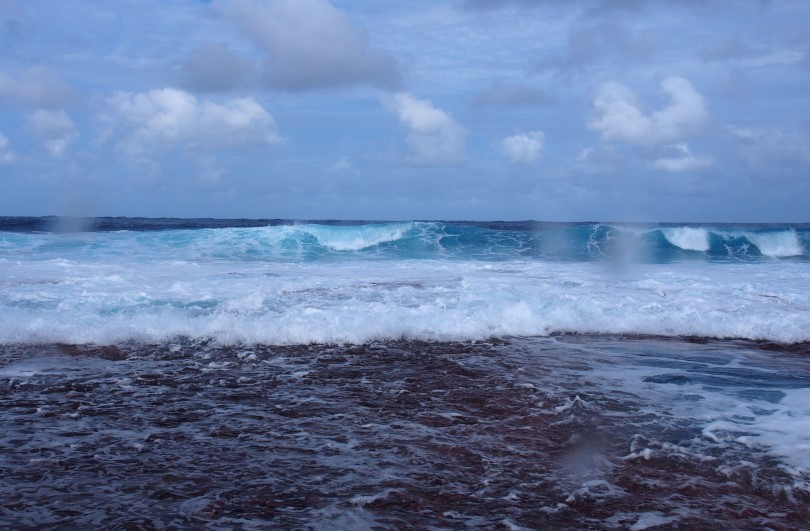 The sunrises out in the middle of ocean where spectacular 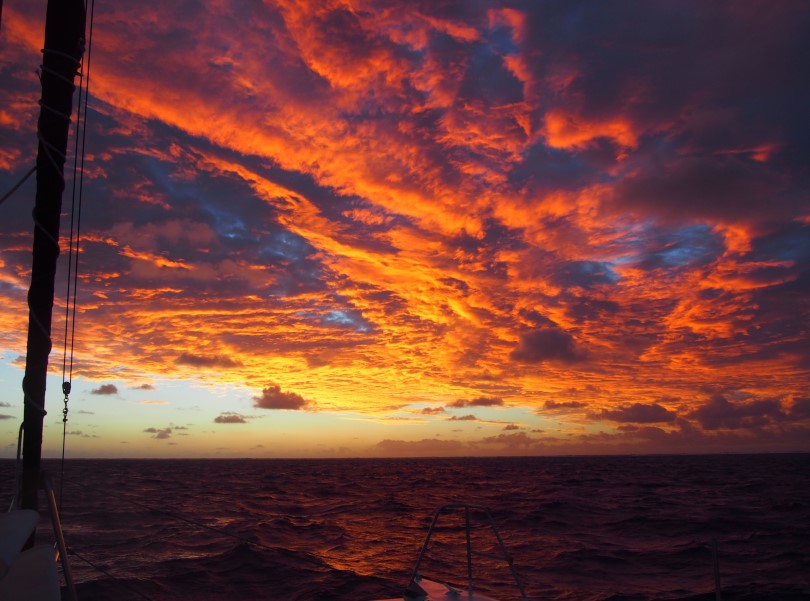 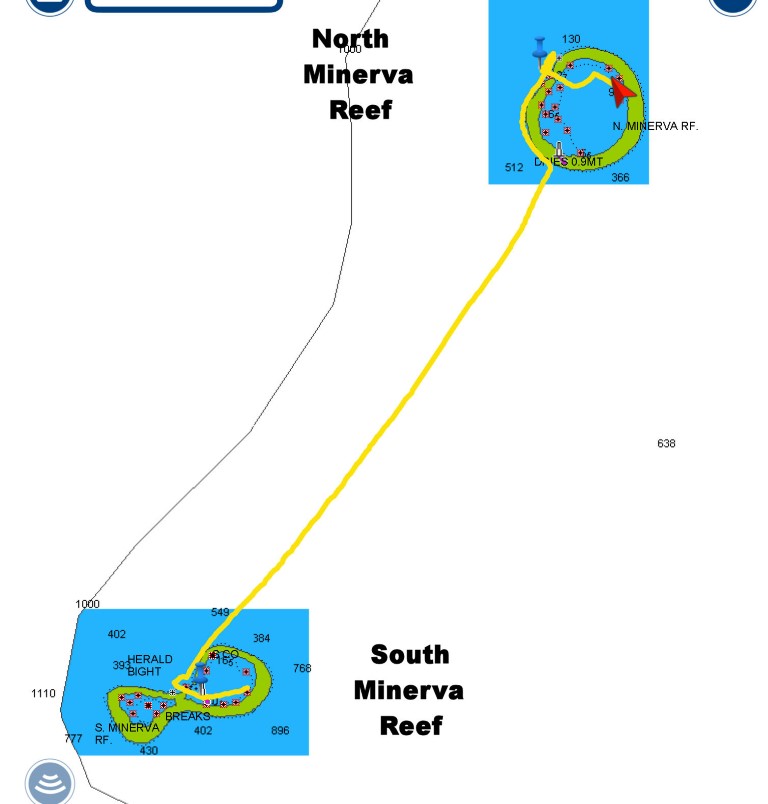 again staying close to the reef in the hope of catching a fish, but no luck this time.

An aerial photo of North Minerva, could well be off a human egg, taken from a paper on artificial insemination, with the NWen entry in the lagoon, where the replacement nucleus is to be inserted. 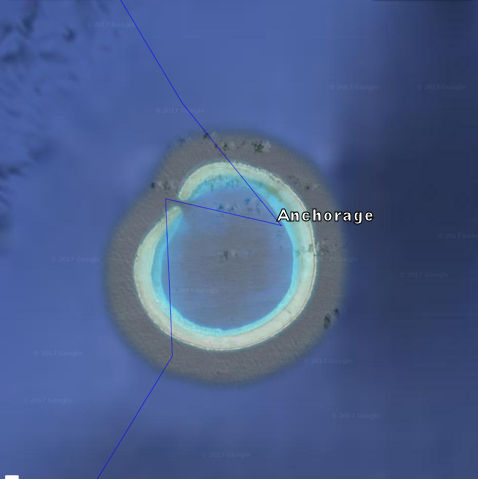 there was a very surreal feel to the lagoon. like a still pond in the middle of the ocean.

we anchored on the eastern side of the lagoon 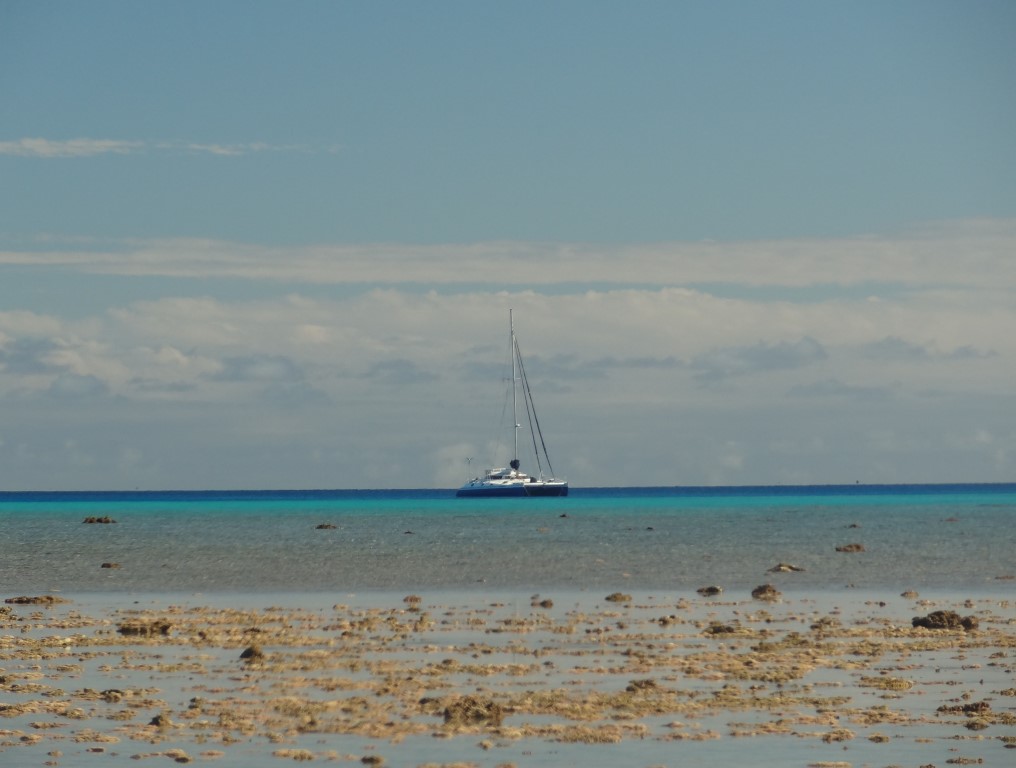 close to what was left of the wreck of a trawler 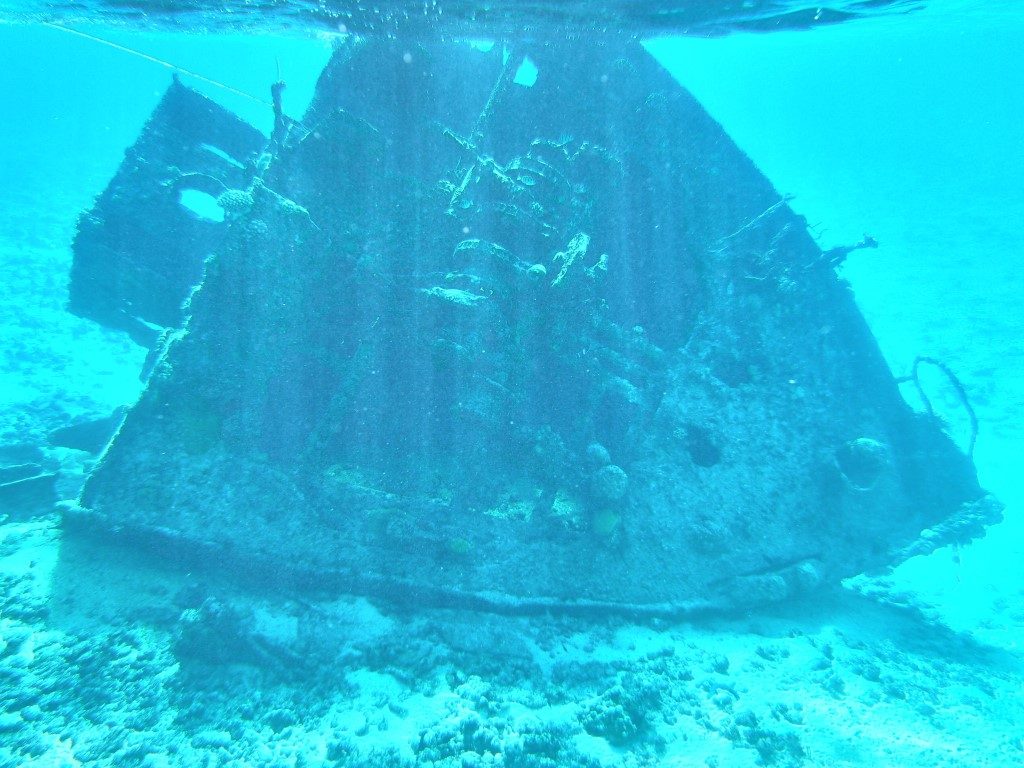 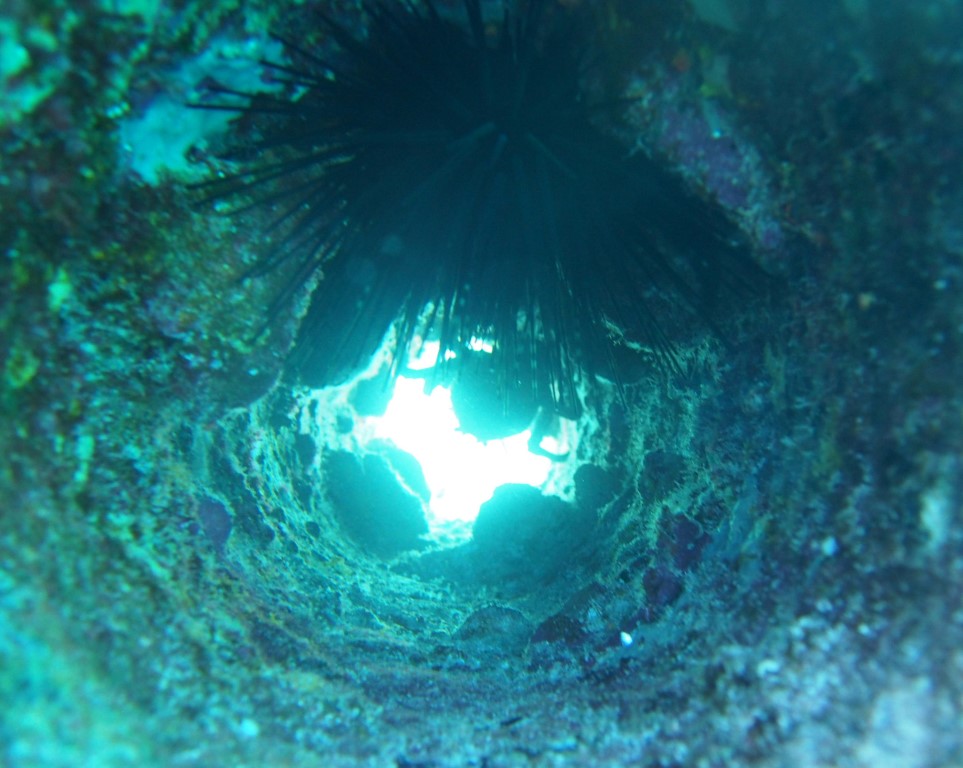 so the plan was hatched, Mat would spear it from the top, Jemma would patrol the bottom, incase it tried to escape and I would be the cameraman. 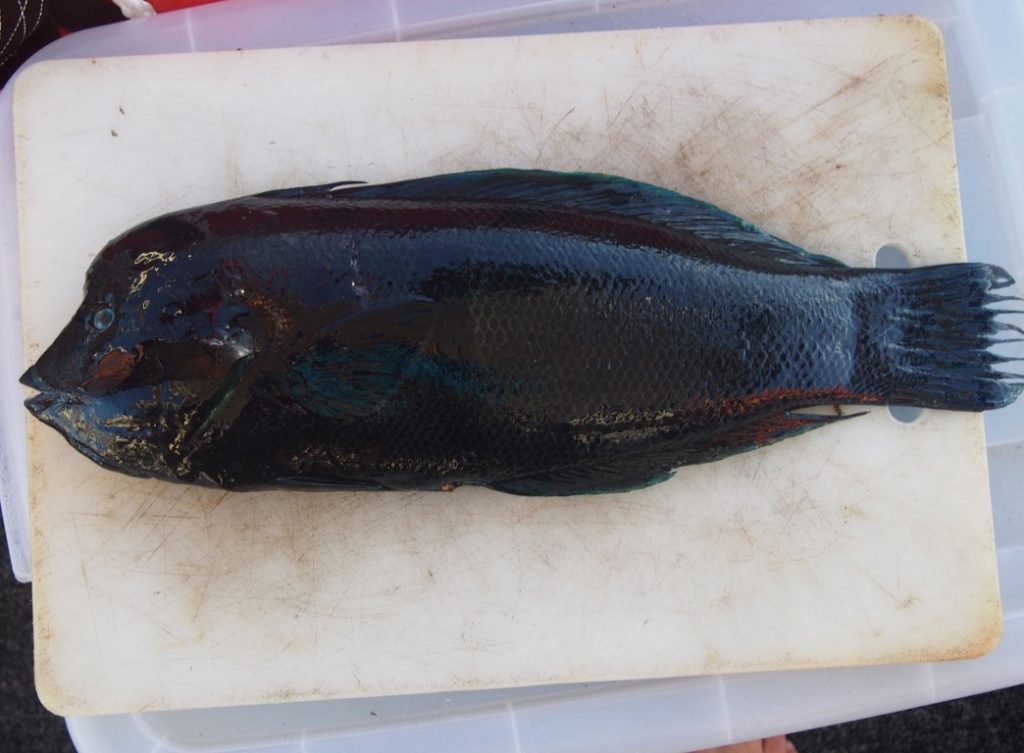 We then went ashore, to find that under the big rocks there were crayfish 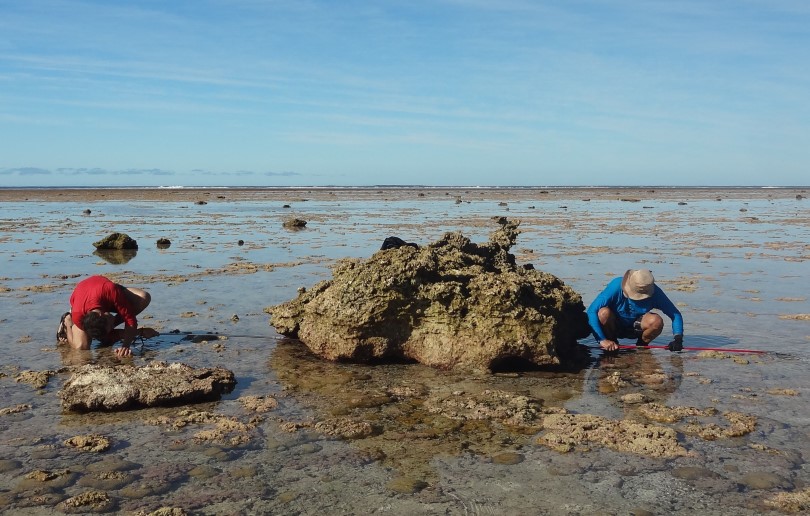 It took a quick bit of fine tuning and we had worked out how to stick a gloved hand under the rock, feel around for the crayfish, make sure it was a big one, then pull it out (great fun, in a hunter gather way). 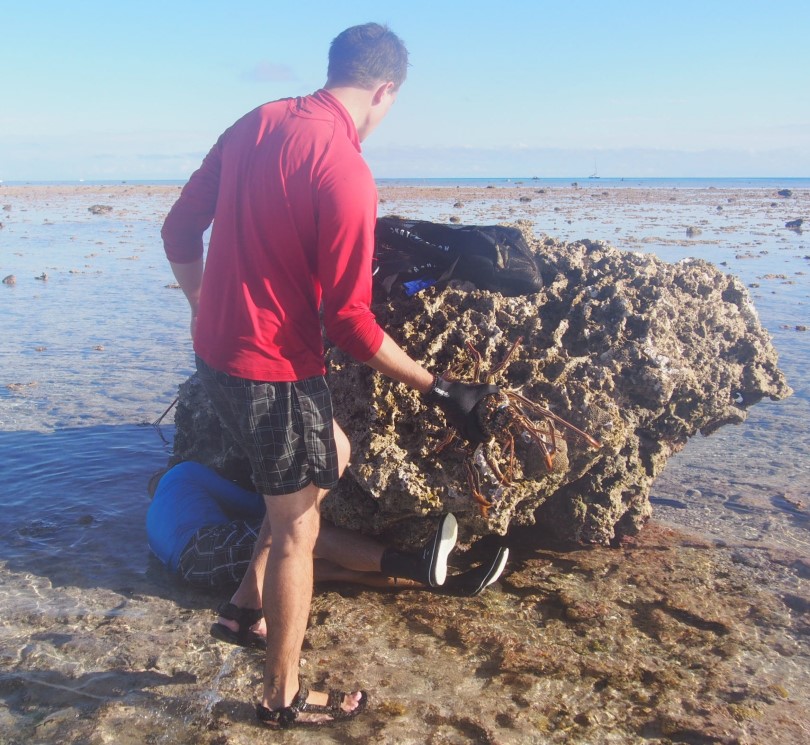 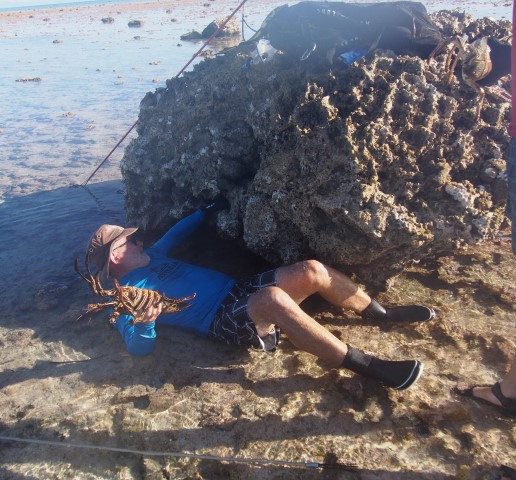 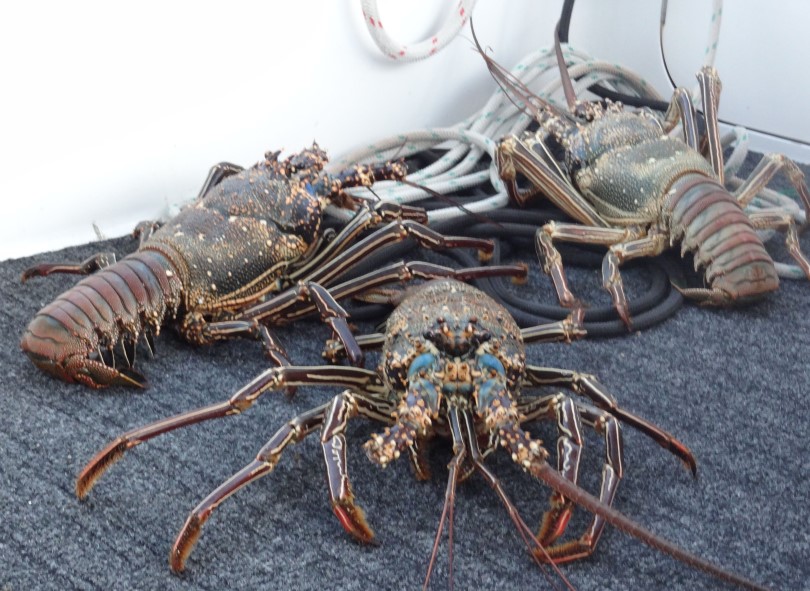 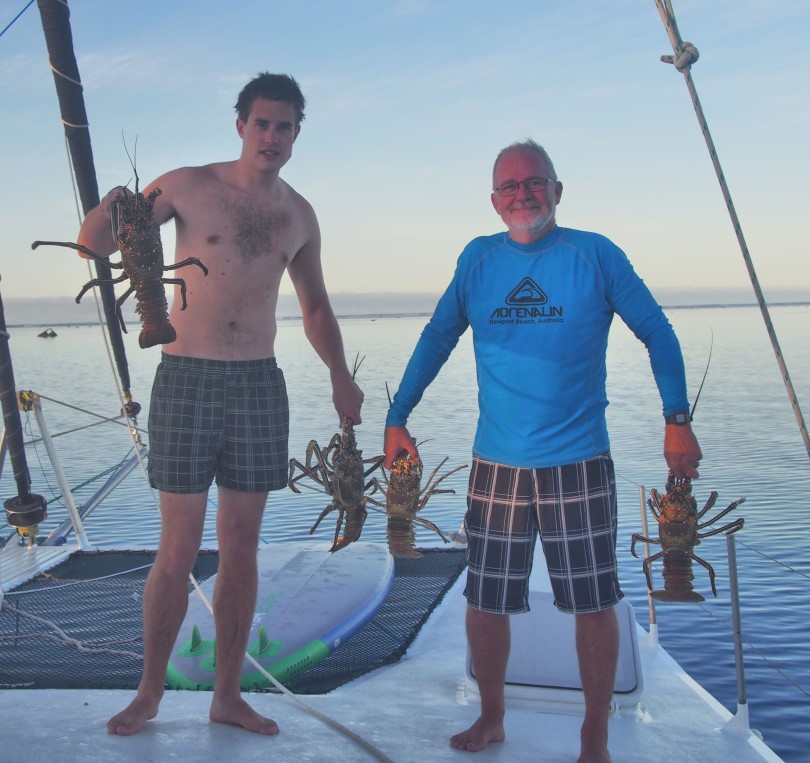 They were good eating, just the legs and base of the antennas had us full after eating them for dinner. 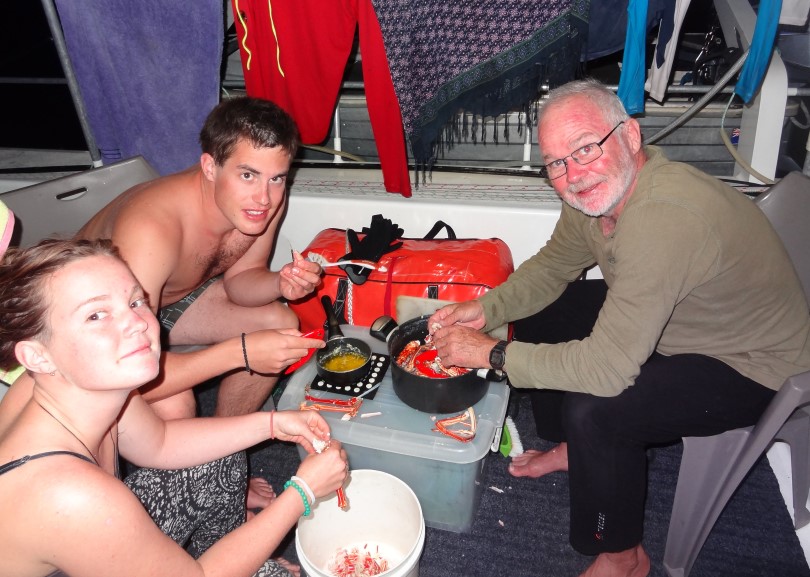 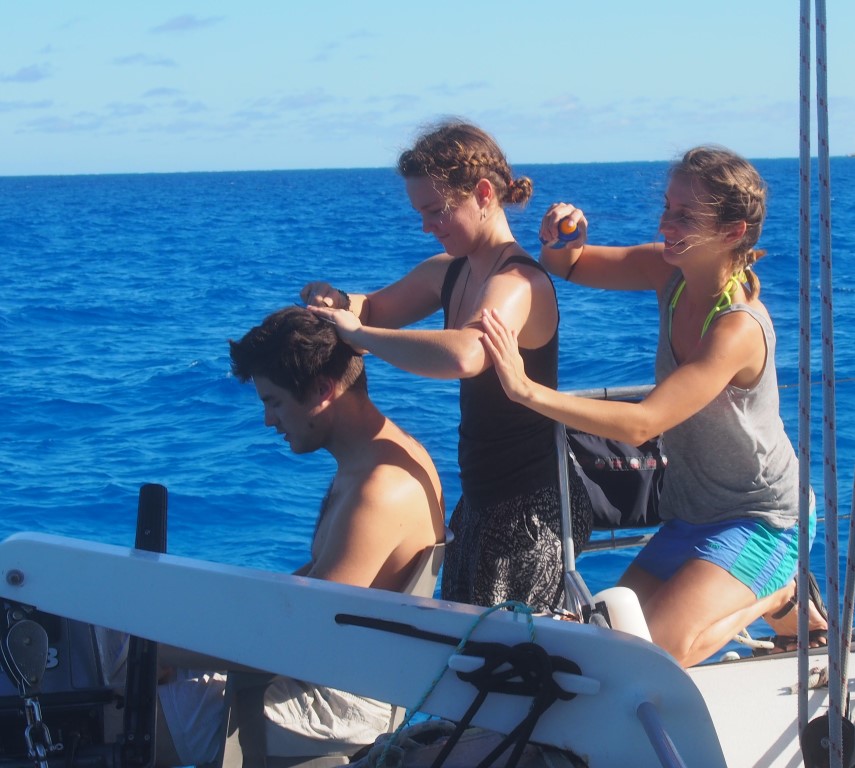 The next front moved over and the breeze changed from a northerly to a southerly, so it was time to reluctantly leave the Minervas and continue on our way to Fiji.

Initially the wind was too light, forcing us to motor 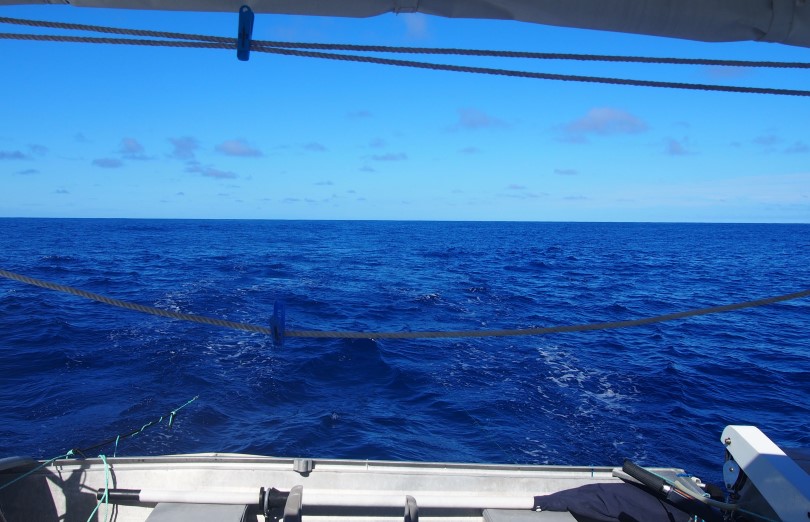 as it increased we were able to pull out the Screecher

Usually we heard the flying fish landing on the boat at night and threw them back, unfortunately nobody heard this one 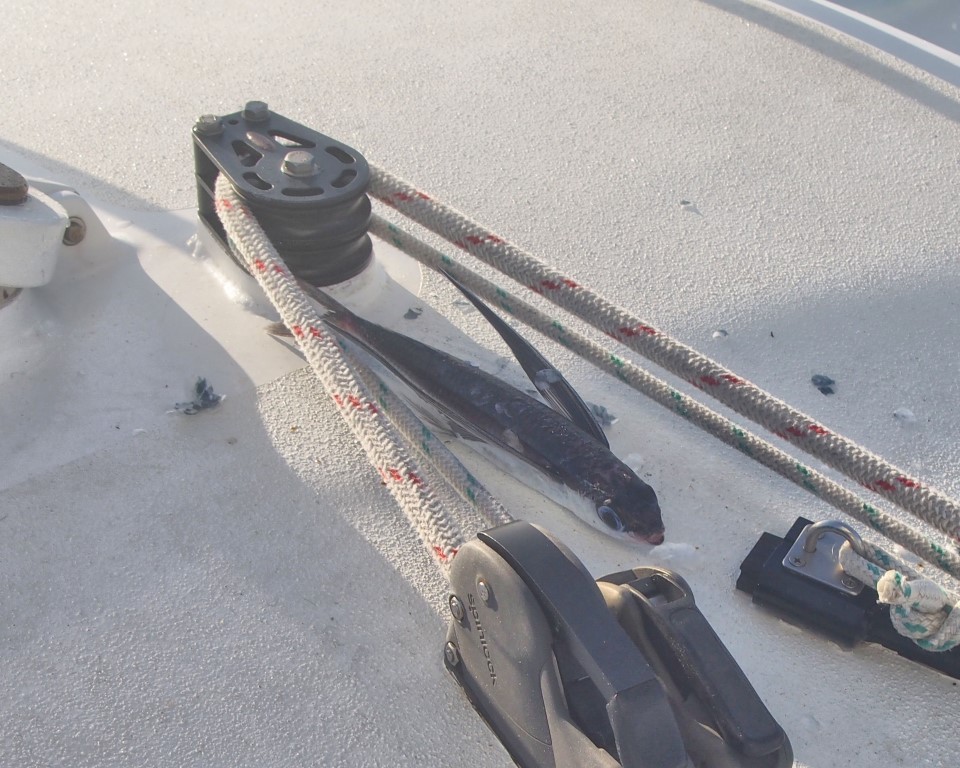 We had run out of fresh fruit and veg, so the germinated lentils were a welcome addition to our diet 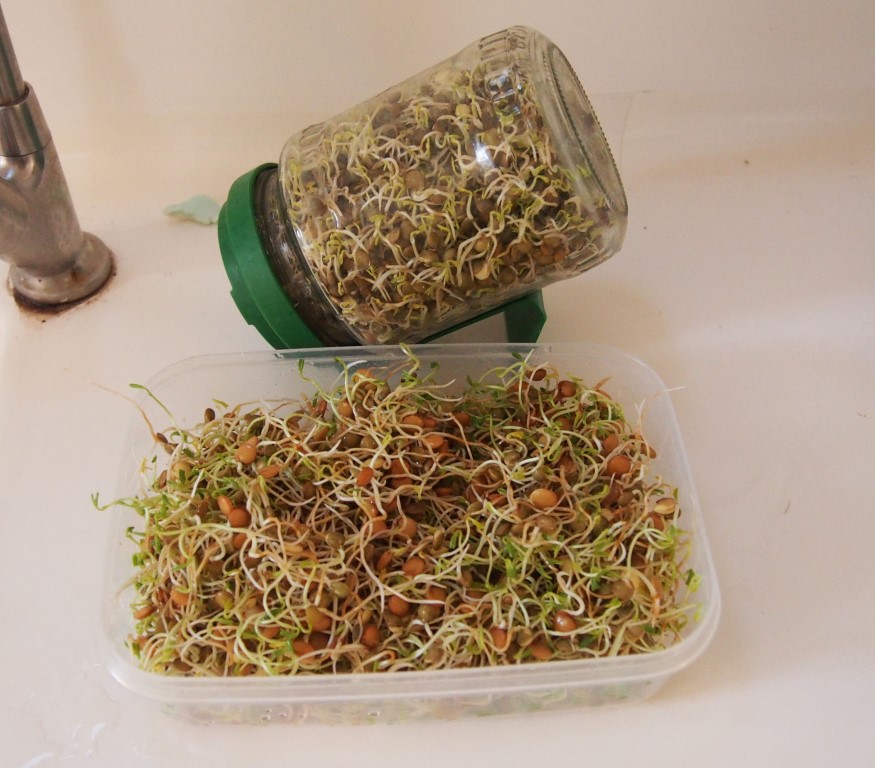 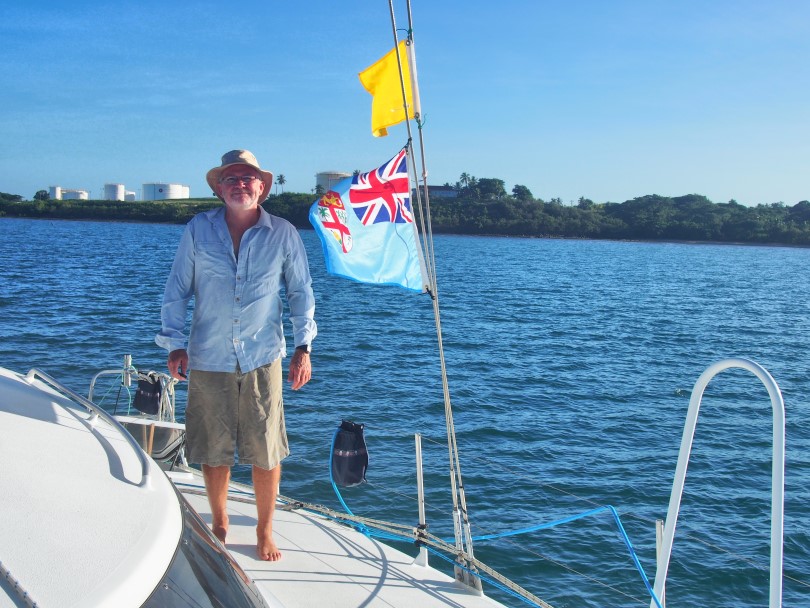 Upon arrival, we were first visited by La from heath to make sure we were not a health risk to the Fijian population. 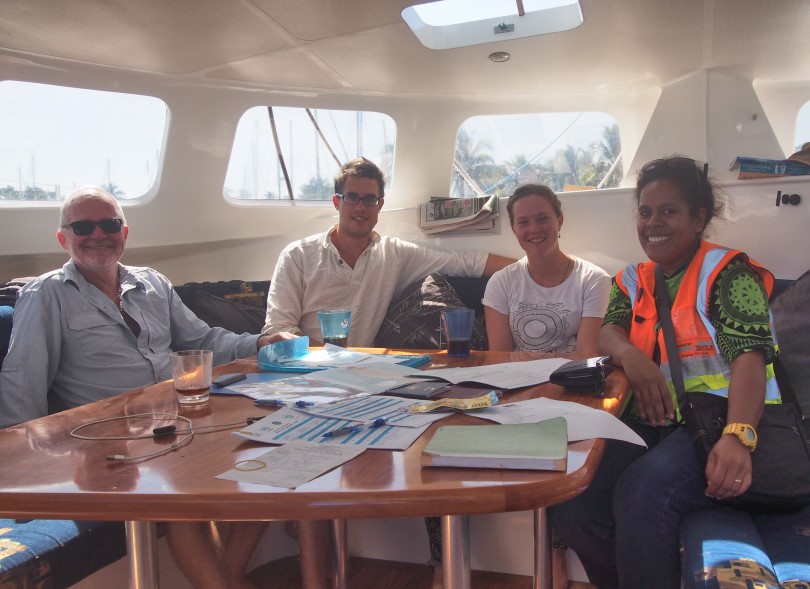 We passed and the yellow flag could now come down. The next step in the paperwork for entering Fiji was Customs. Which again went smoothly. 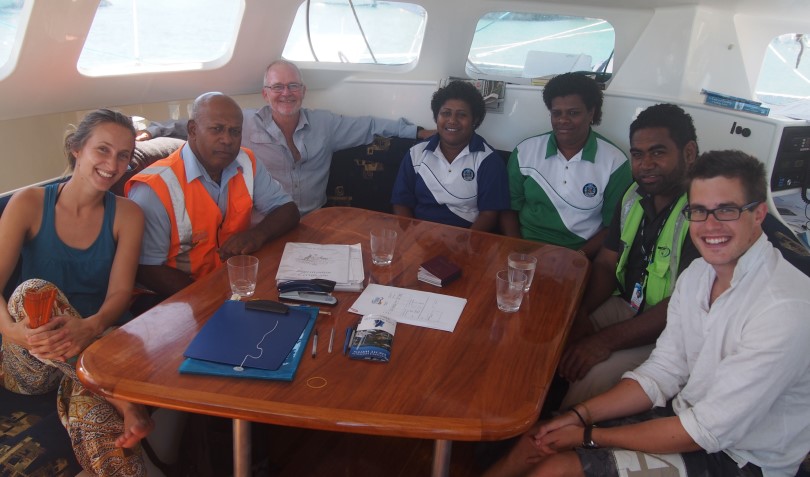 with the paperwork out of the way, we then moved Logic into the Vuda Point Marina 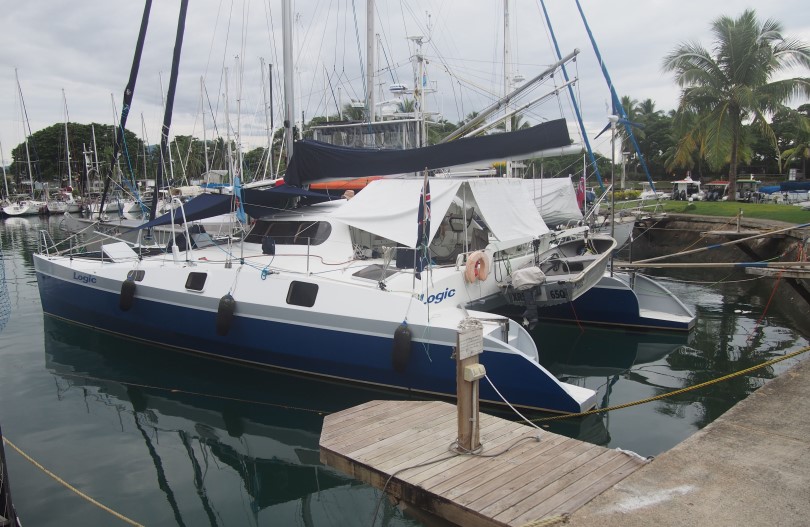 we ended up covering the 440miles from North Minerva to Nadi in 2 days and 10hrs for a more respectable average speed of 7.5kt

Stuck at Lord Howe Island for a week