After spending Tuesday below deck, out of the windy squalls. Wednesday’s forcast was  perfect for the 55 miles to Lady Musgrave Island.

we left Bundaberg predawn, for a lovely sunrise at sea. 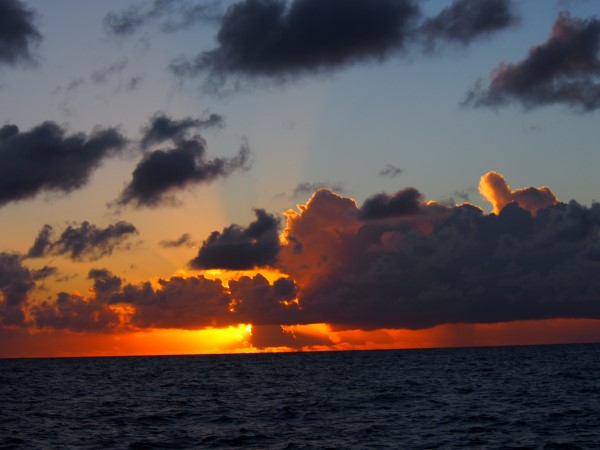 The land quickly disappeared below the horizon, and 5 hours later Lady Musgrave Island appeared above the horizon. 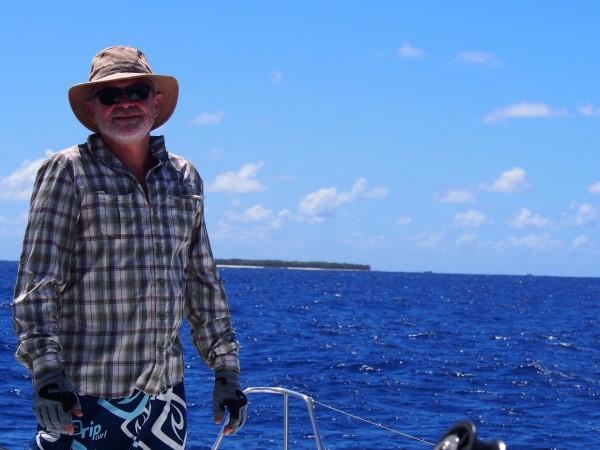 Lady Musgrave Island is a one of the very few coral cay islands with a break in the outer reef, giving access to a big lagoon with plenty of anchorages. The entry is only two Logic widths, marked by beacons on the reef. 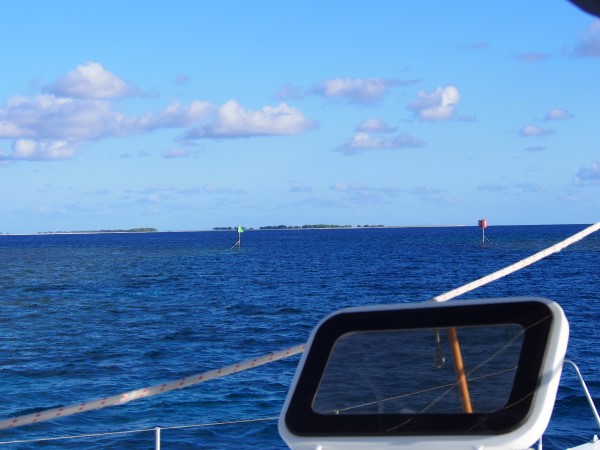 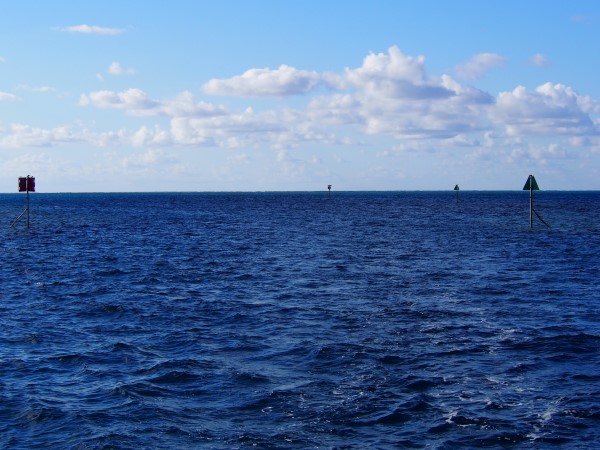 We spent 5 days anchored in the lagoon. Being Easter, there was a very big full moon, that made the sundowner drinks even more special, anchored miles out to sea, with the sound of the waves breaking on the outer reef.

We went snorkelling for 2 hours everyday. The reef inside the lagoon is exceptional.  Advances in camera technology had reduced the price of a good underwater camera, to a price I was prepared to pay, so needless to say I was buzzing around taking photos. 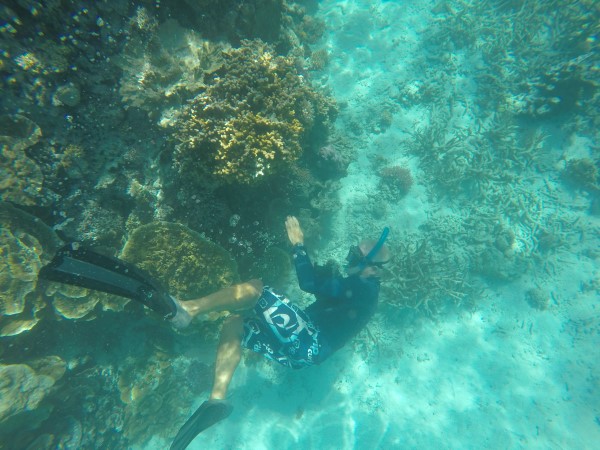 my favourite photo is;- 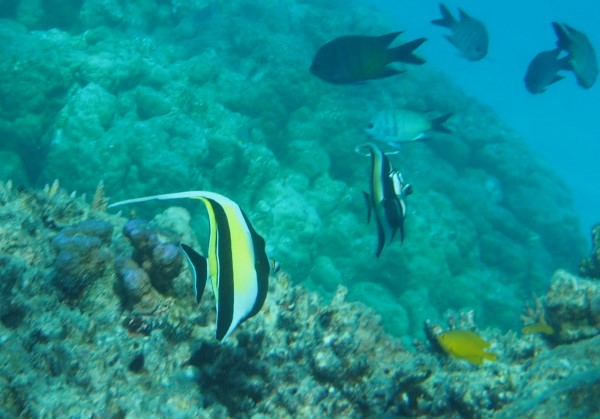 although these ones aren’t too bad 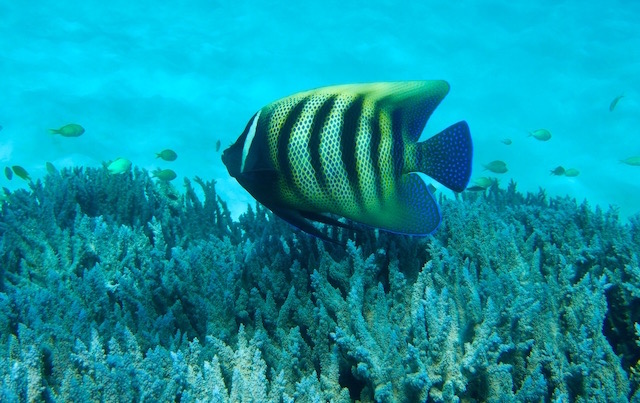 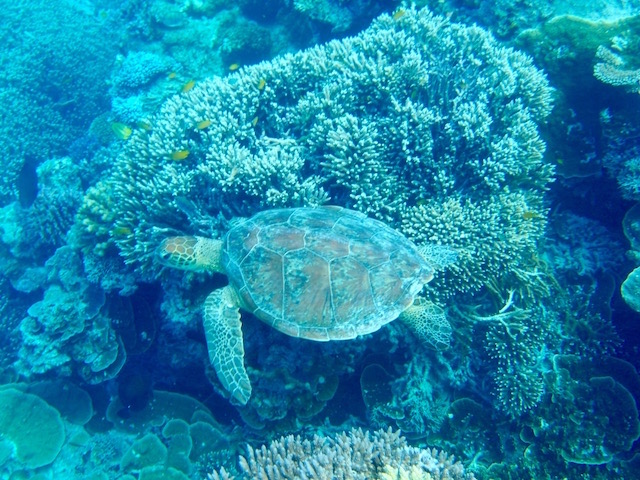 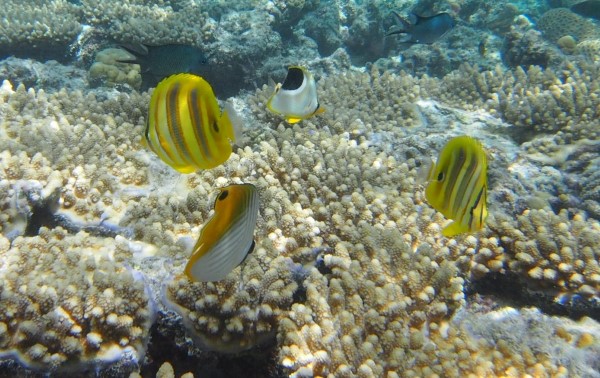 Lady Musgrave Island, has a very large population of Noddy Tern, that return in the evening after fishing during the day. 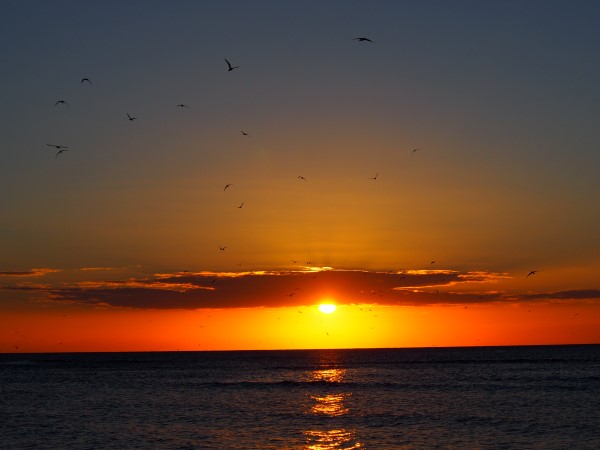 to roost in the trees on the island 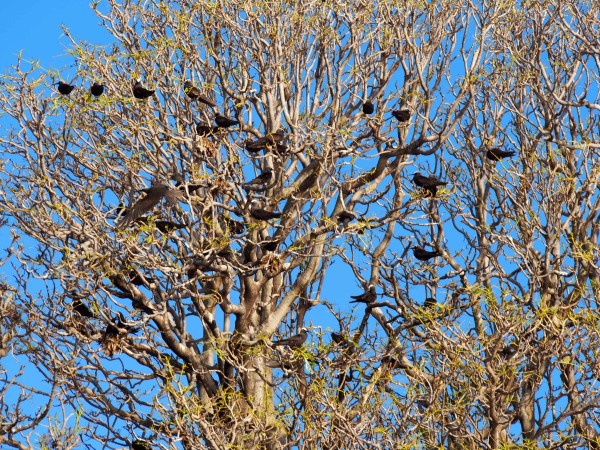 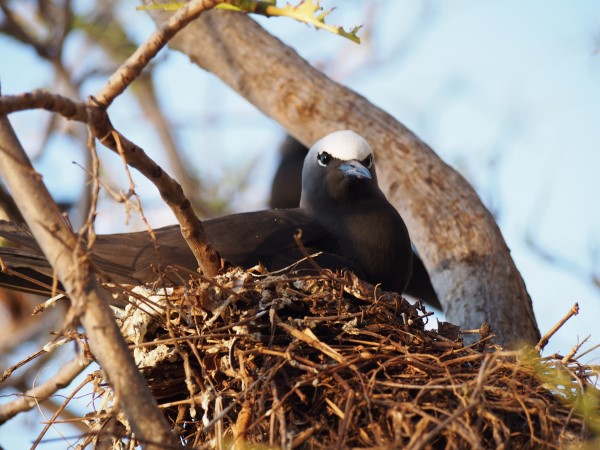 there is also a  pair of Sea Eagles, one of which was flying around with a sea snake in its tallons 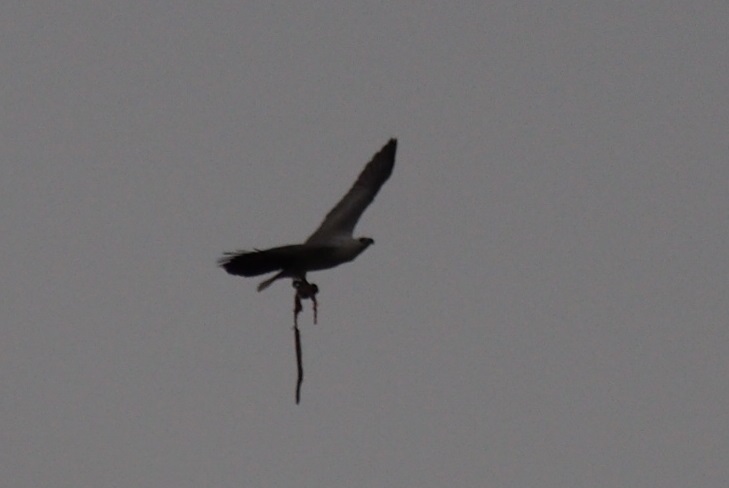 There was a plague of caterpillars on the island, they had eaten all the leaves on the trees, then they would fall to the ground and climb up any vertical object trying to find more leaves to eat. Vertical surfaces were humans, if you stood still and the campers tents. 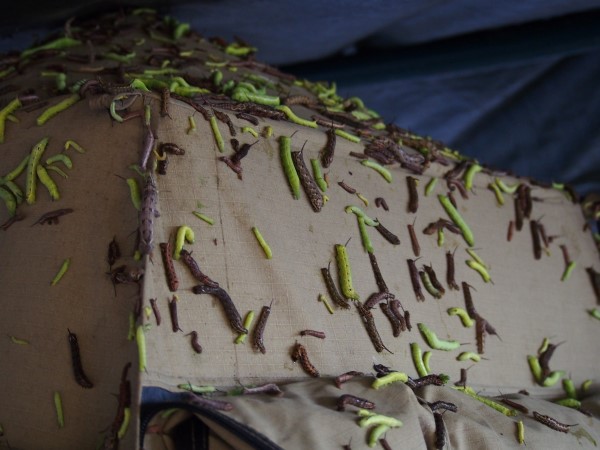 on our forth day another  Mumby 48 catamaran called Zephyr 3, dropped anchor  behind us. 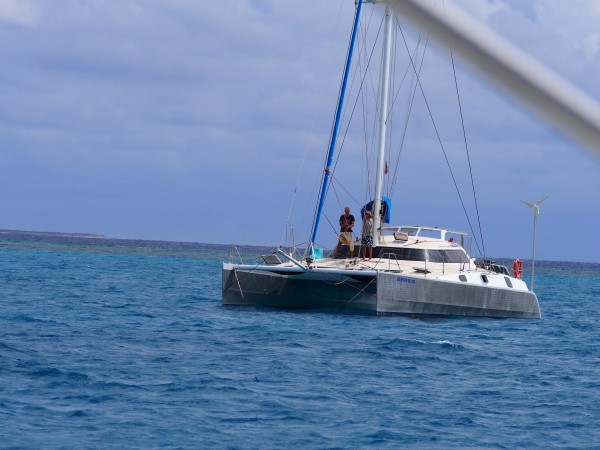 Lady Musgrave is at the southern end of the group of islands and reefs called the Bunker Group. We had a very enjoyable 40 mile sail to Heron Island at the northern end, sailing past coral cays 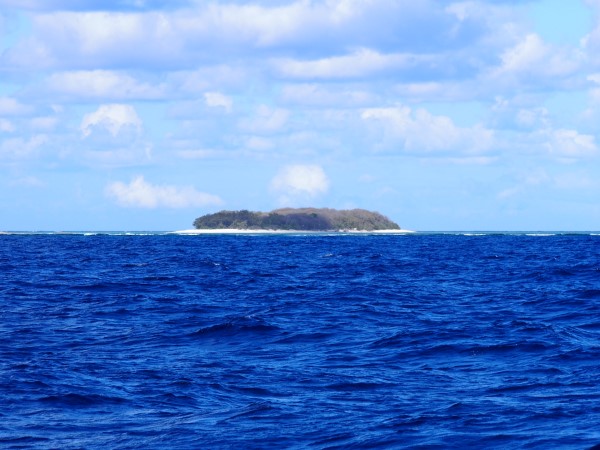 and reefs, with nothing above the surface, 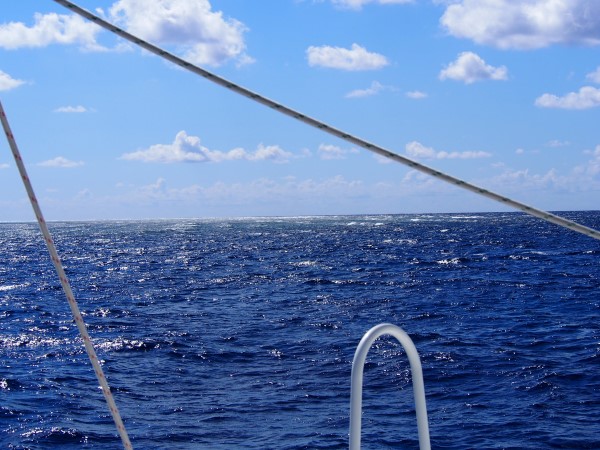 before dropping anchor in the shelter  of Wistari reef, close to Heron Island. Were I had scuba dived numerous times over the last 35 years. 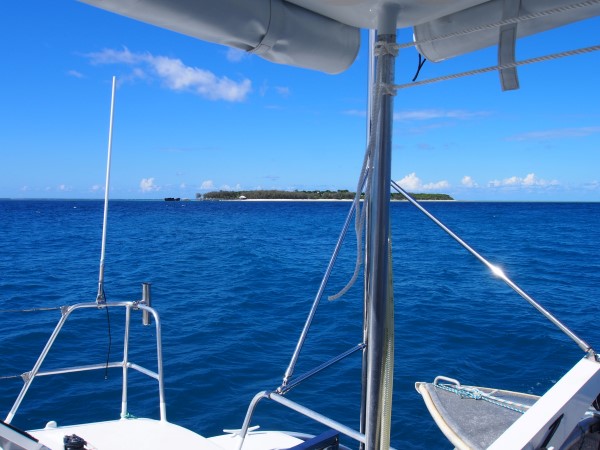 The next day we sailed the  40 miles back to the mainland, going past Cape Capricorn. 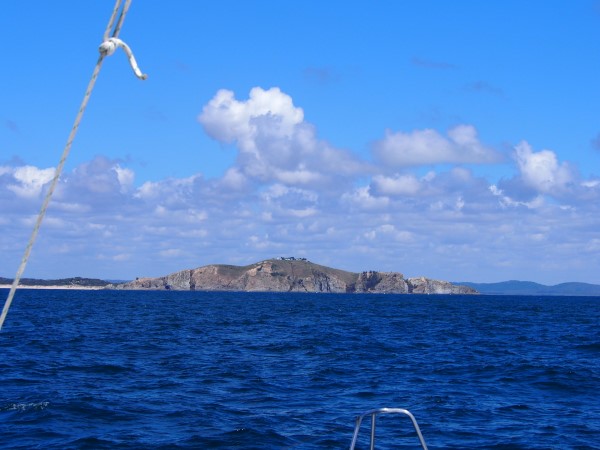 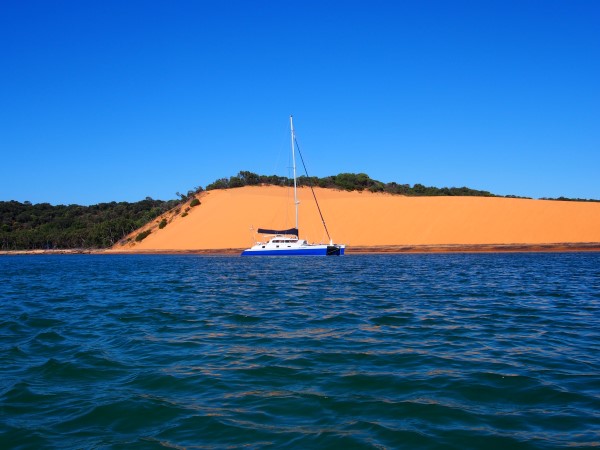 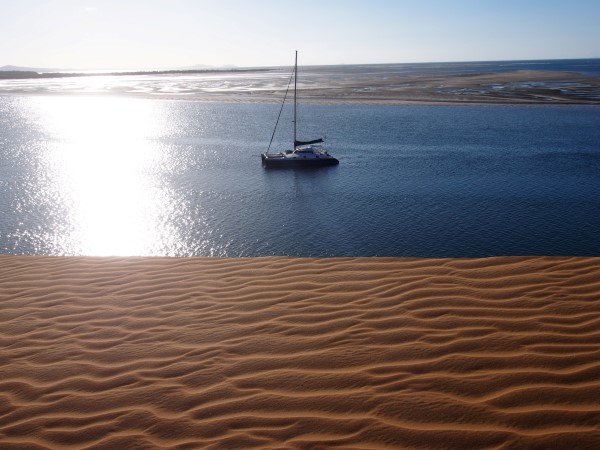